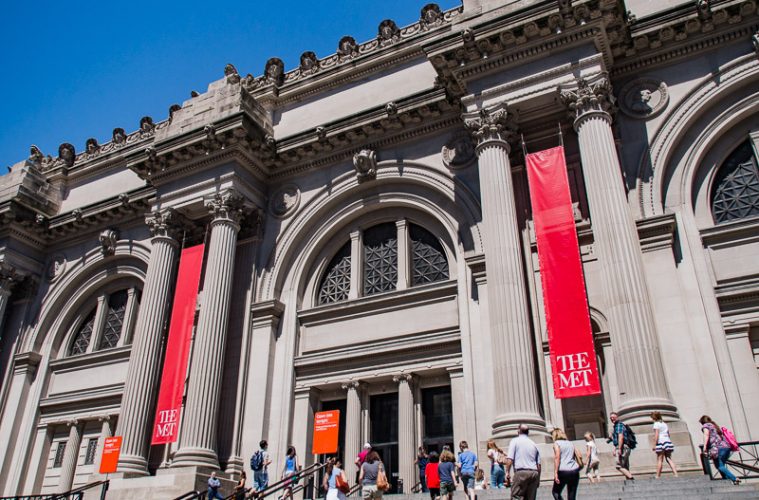 What better way to kick off a tour of New York’s greatest museum, than with a taste of New York’s best-known sweet treat, the black and white?

Our Yum Yum Met Culinary Art Tour of the Metropolitan Museum of Art opened with a cookie meetup, when we met our guide at William Greenberg Desserts on the Upper East Side. At Greenberg, the black and white cookie is topped with a hardened fondant and the chocolate has hints of coffee. It was a tasty, classy way to begin a tasteful, classy museum tour!

Art on the Yum Yum menu

My husband and I were eager to see The Metropolitan Museum in a new light—as a food travel destination.

No, we did not actually eat inside the Met, at least not until our tour was done. Instead, guide Angelis Nannos of In Food We Trust had prepared a “menu” of culinary-themed works to share with us, from starters through the main course to dessert. 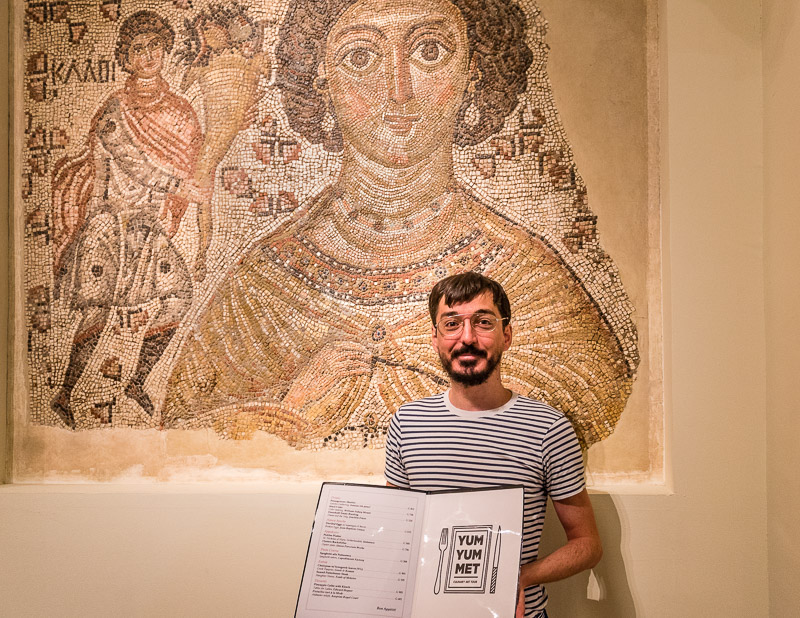 As we viewed the various works, Angelis regaled us with their backstories, from ancient times until the mid-20th century. Along the way, we absorbed some New York culinary history and learned about forgotten rituals as we toured the museum’s grand halls.

We had great fun for two exciting and engrossing hours, with a couple of rest stops on our ramble. We saw paintings of feasts, and kitchens from The Met’s magnificent collections, and masterpieces that linked food with everything from politics to religion. We laughed and learned, and occasionally were aghast at the political realities behind great art.

Let me help you see the museum in a total different way!—Angelis Nannos

Yum Yum Met is a brilliantly researched and well-organized tour, a delight for lovers of art trivia. We had previously joined Angelis for a belt-busting food walk in Turkey. Now a professionally credentialed in New York, he is a superb guide who entertains and engages tour participants with great good humor.

The first work we saw, a beautifully executed 16th-century altar fragment, illustrated a legend involving Saint Nicholas and his restoration to life of three boys who had been killed and thrown into a pickling barrel. It was a theme of numerous artworks from medieval times. Who knew? 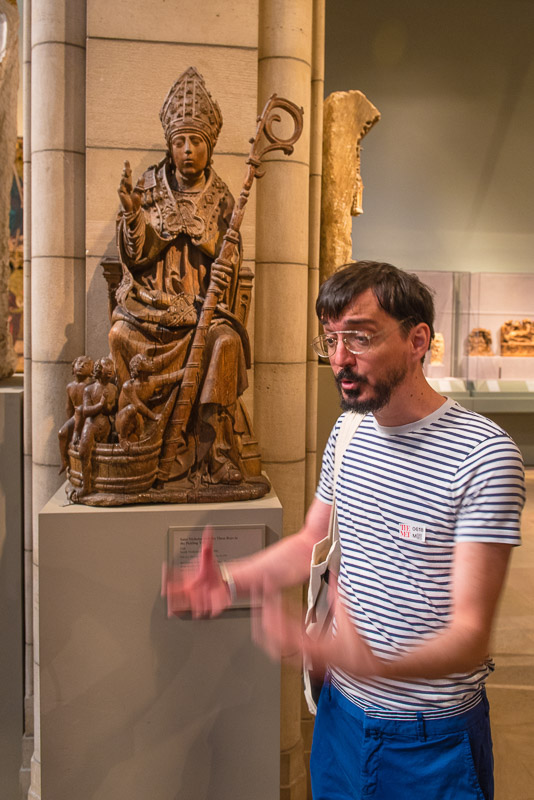 In the 19th century, New York’s harbor was the world’s premier oyster source…oysters were consumed as street food, and on fine tables, from dainty porcelain plates, such as the ones on display in a glass case at the Met. In a gallery of paintings from the same era, we stopped at a painting depicting the players in the U.S. “hard cider” campaign of 1840. We talked about the slogans, jingles and negative publicity of that time; the themes of 19th-century politics seemed painfully familiar. 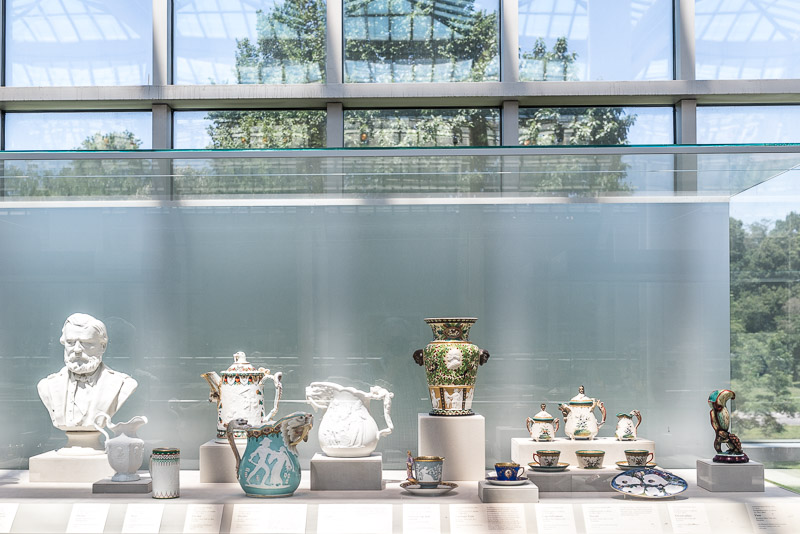 Angelis is from Greece and had done his homework, popping the words of a papyrus at The Met into his iPad for translation to modern Greek. This served as the jumping-off point to a bit of Q&A about, of all things, shopping lists and what they tell us about society through history.

There were older food stories, too. Angelis showed us a wall-size bas-relief enumerating—in Cuneiform—the preparations, from fattened cattle and sheep to beer, wine and pistachio “cones”—for a party of royal proportions in ancient Assyria. 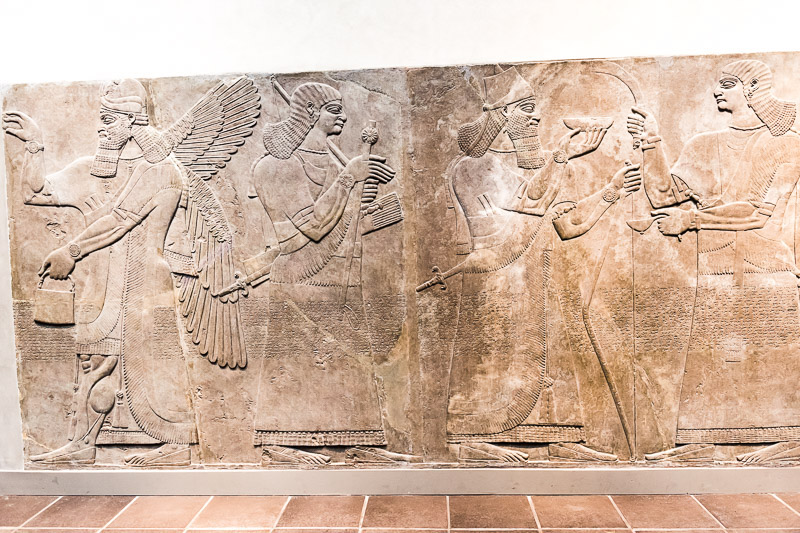 Detail from a wall panel from the Assyrian capital city of Nimrud, a highlight of The Met’s Department of Ancient Near Eastern Art

Even the perfectly preserved miniature assemblages of figures from an Egyptian tomb, on display under glass in a dimly lit hall, had plenty to reveal. It was intriguing to think about the importance and meaning of food, to Egyptians buying their dead 4,000 years ago.

The Met holds many marvels but is impossible to take them all in one go, so here, as elsewhere in the city, a specialty museum visit can be an attractive option.

On previous visits, we’ve selected a hall or two to concentrate our attention. Joining a themed tour like Yum Yum Met enabled us to see varied exhibition spaces and art forms on a single visit, without being overwhelmed at the grandeur of the place. We learned a boatload of fun facts and exited the museum with energy to burn. 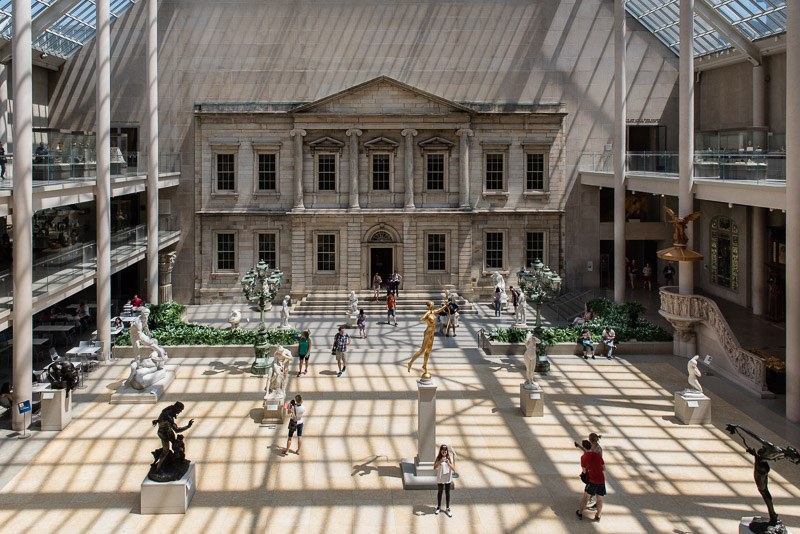 Another day, we joined Angelis for his Athens Next Door tour, a brisk stroll through the Greek community in Astoria, Queens, this one with delectable, honest-to-goodness food stops along the way.

He has since added two more walks to his repertoire: No Passport Required Ethnic Food Tour; and Upper East Side Iconic NYC Foods. One or both food walks will be on our itinerary next time we are in New York! 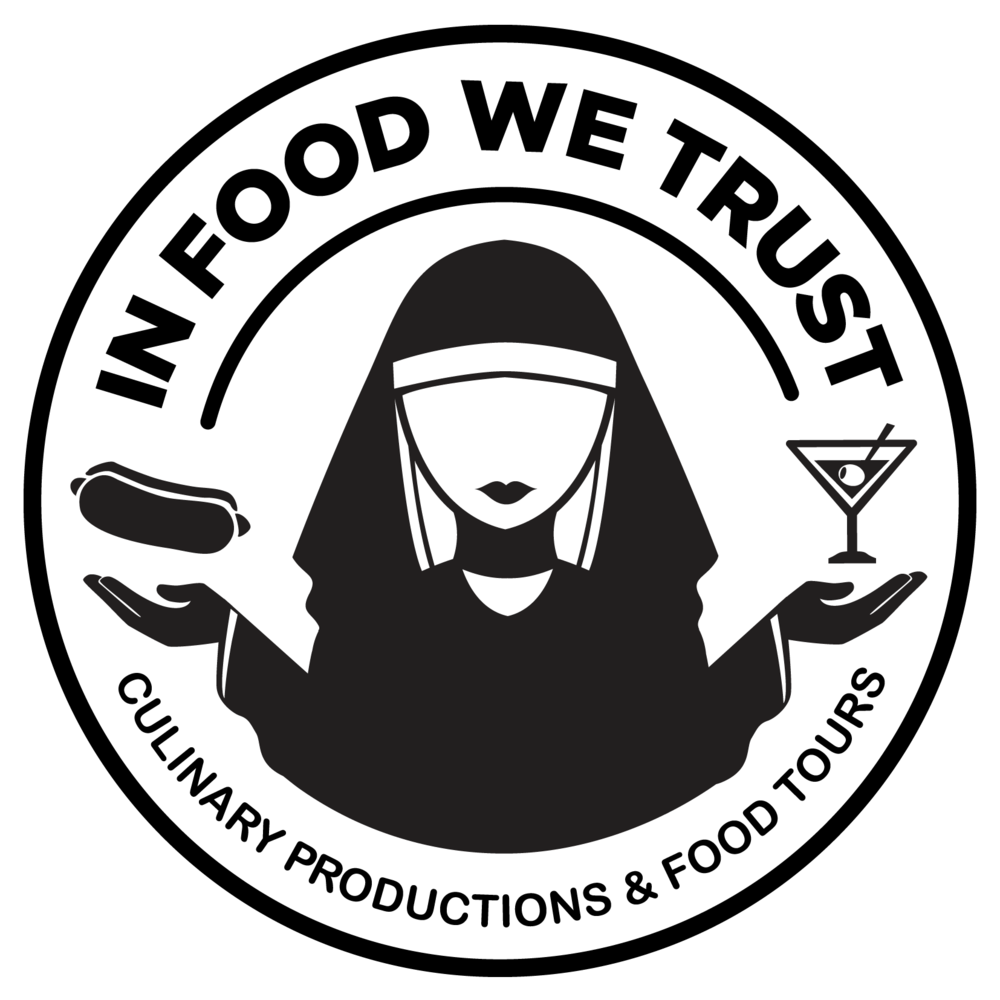 In Food We Trust Culinary Tours

The authors were guests of In Food We Trust for the Yum Yum Met Culinary Art Tour.