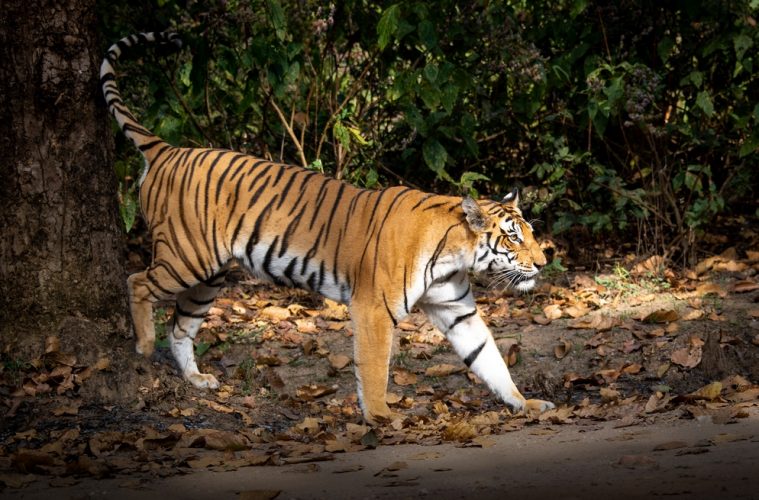 We asked our GOT contributors to share their most memorable wildlife watching experiences, and they replied with stories revealing the magic of such encounters, whether in the wild or in a controlled environment.

In Part I, we covered Wildlife Watching in The Americas. This time we’re highlighting wildlife in Europe, Africa, and Asia.

Wild about wildlife in Asia 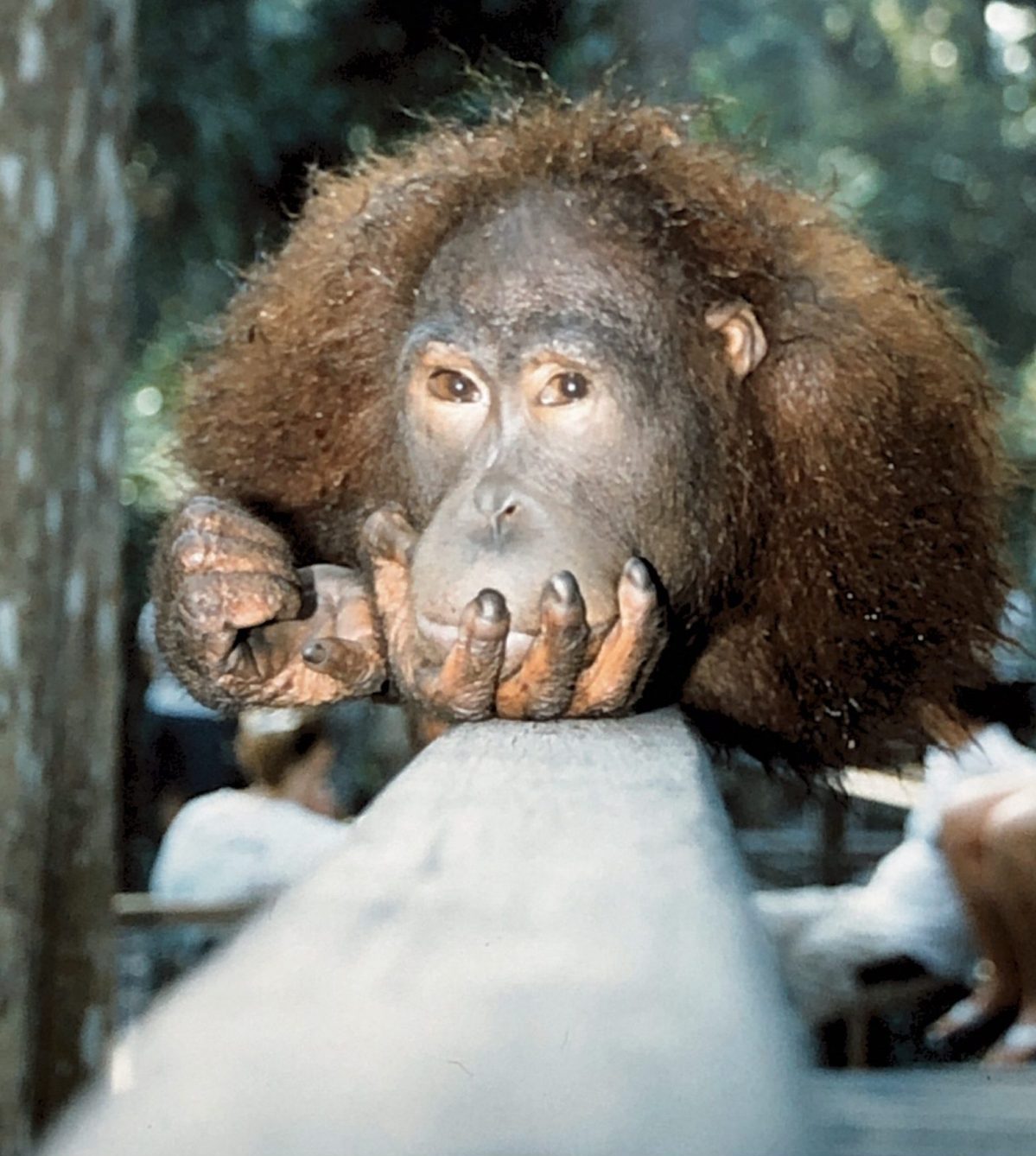 Just like they say, it happened when I least expected it. I fell in love at first sight. It was those intense reddish-brown eyes looking steadfastly into my own. Cupping her chin in her leathery, oversized hand she lay quietly, maintaining a stare that most would consider rude. It was unnerving. It was enchanting. I felt an odd protectiveness I quickly identified as maternal. Although I never had children, I realized I could easily be mommy to this gangly, red-haired youngster. Not far-fetched given that she’s an orangutan, our closest relative in the animal kingdom. 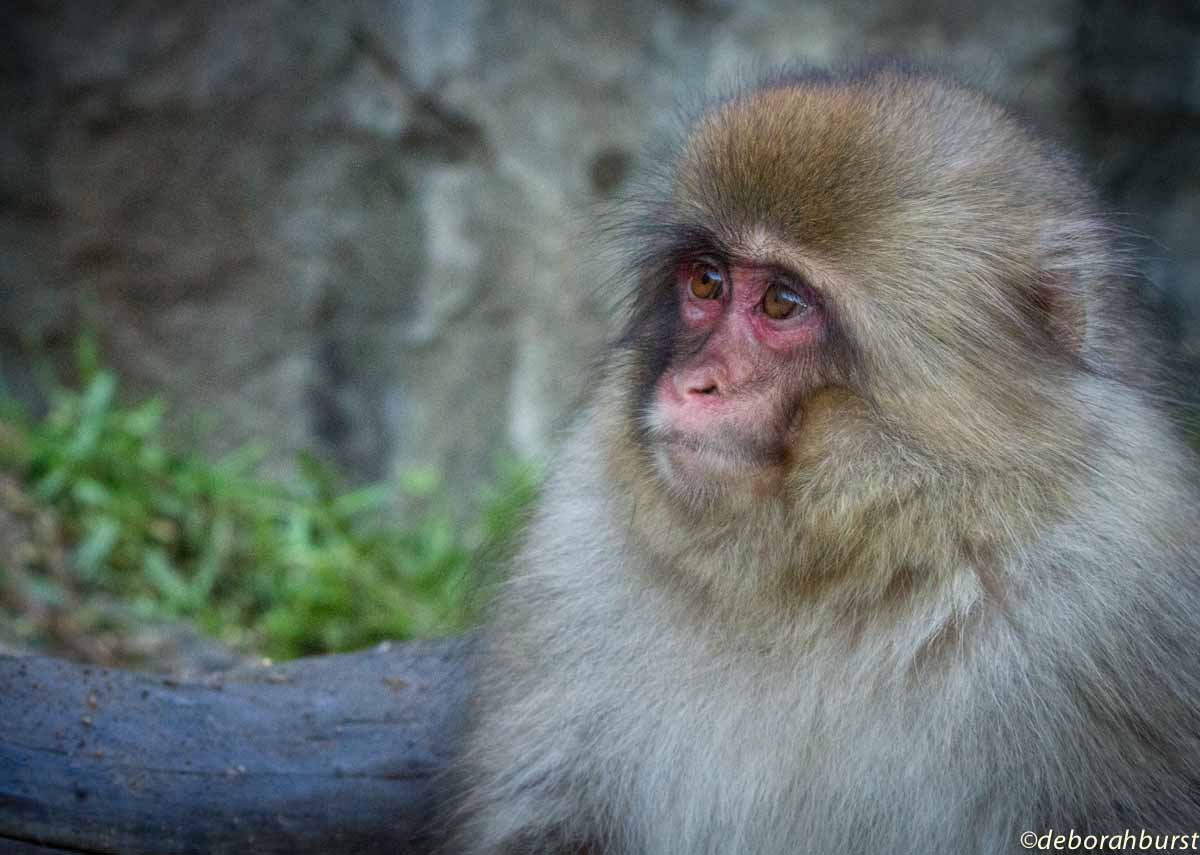 Forget Paris, I stared in the eyes of a Japanese snow monkey. I always dreamed of being a photojournalist peering inside the eyes of a wild animal. On December 9, 2019, I did just that, fixated on the eyes of a baby snow monkey. Such a deep stare, eyes so inquisitive, a deep brown, much like mine. First, a hike inside Japan’s Jigokudani Yaen-Koen National Park, shrouded by tall evergreens, then the magic begins. It’s a live circus, monkeys with adoring faces, some pink, others red, and such a playful spirit. Except one that charged at me slapping my phone to the ground, perhaps he needed a bit of privacy. 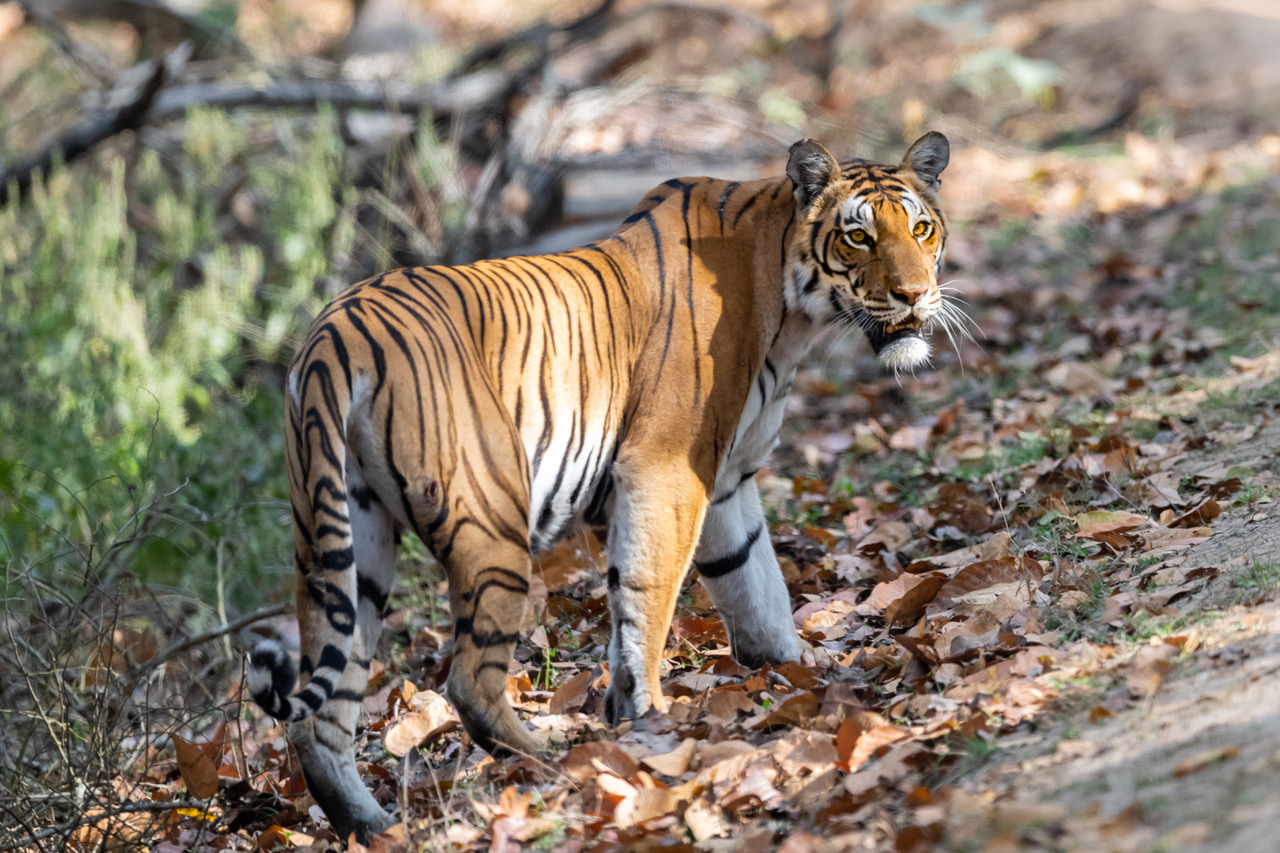 Photographing the majestic yet elusive Bengal tiger of India is a combination of sheer elation along with extreme disappointment. They are difficult even on the best of days to photograph, since the tigers often are hidden in the underbrush, camouflaging with their preferred habitat of dense jungle and high grass. It was only after three days of hopeless dejection due to no sightings that we finally had the opportunity to capture images of these beautiful big cats. My fellow photographers in my jeep and I almost cried with sheer joy upon seeing the female walk in front of our eyes.

Wild about wildlife watching in Africa 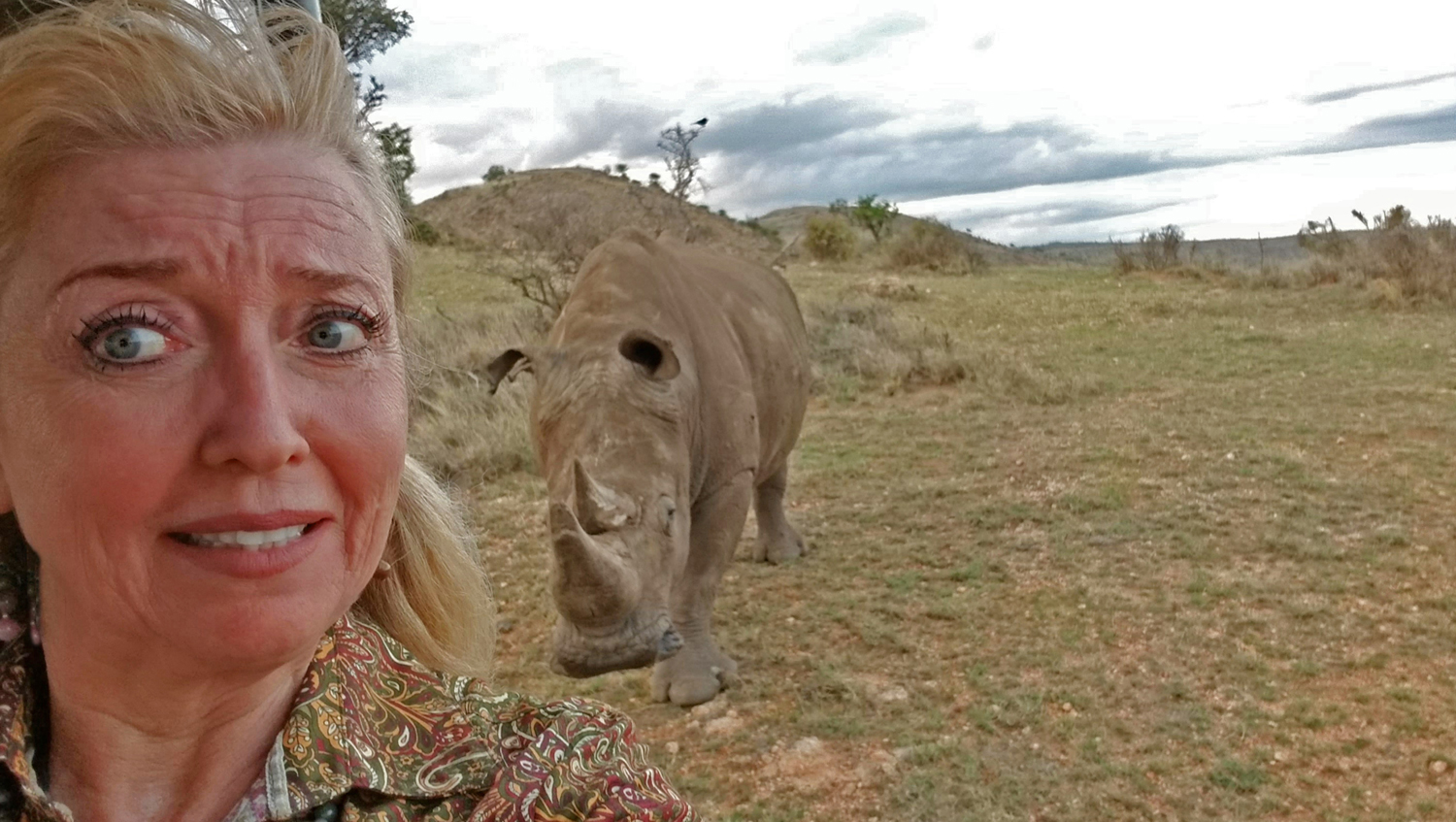 Our local Elewana guide on our Kenya safari had stopped the jeep so we could observe a white rhino grazing at the top of the hill. We watched in fascination as one of the most ancient species in Africa continued munching as she slowly descended. As she got closer, she lifted her head to ascertain whether or not we were a threat, and then continued to eat and approach until she stood a mere few feet away. What a rare and spectacular encounter since rhinos have been endangered almost to extinction due to horrific illegal poaching for their large horn! 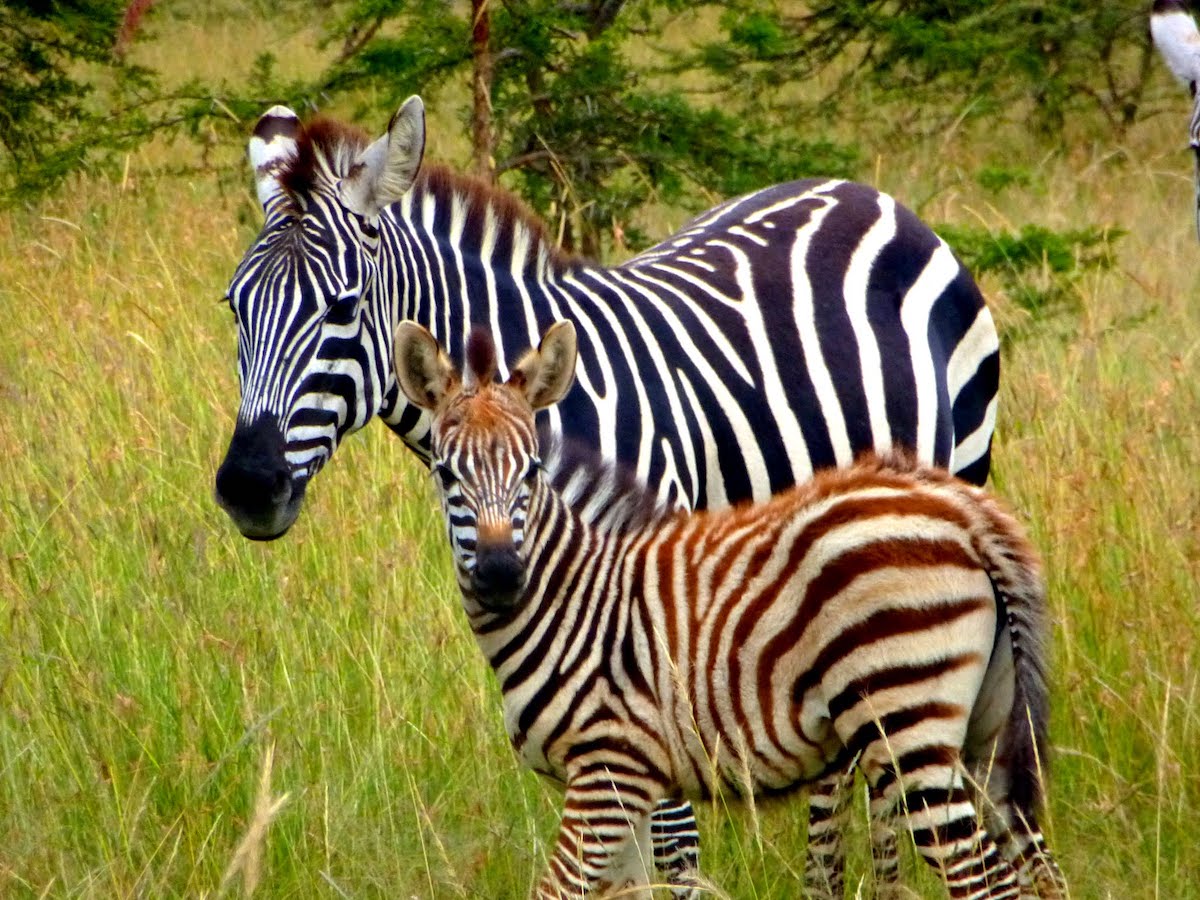 A visit to the Bronx Zoo was the only preparation this city girl had for her African safari. So watching zebras with dazzling black and white coats grazing in the wild on the savanna in Kenya left an unforgettable imprint. We experienced the thrill of watching herds race away as lions approached, and appreciated the placid twosomes who seemed willing to pose for portraits. Since zebras sleep standing up, they may have simply been on the nod. 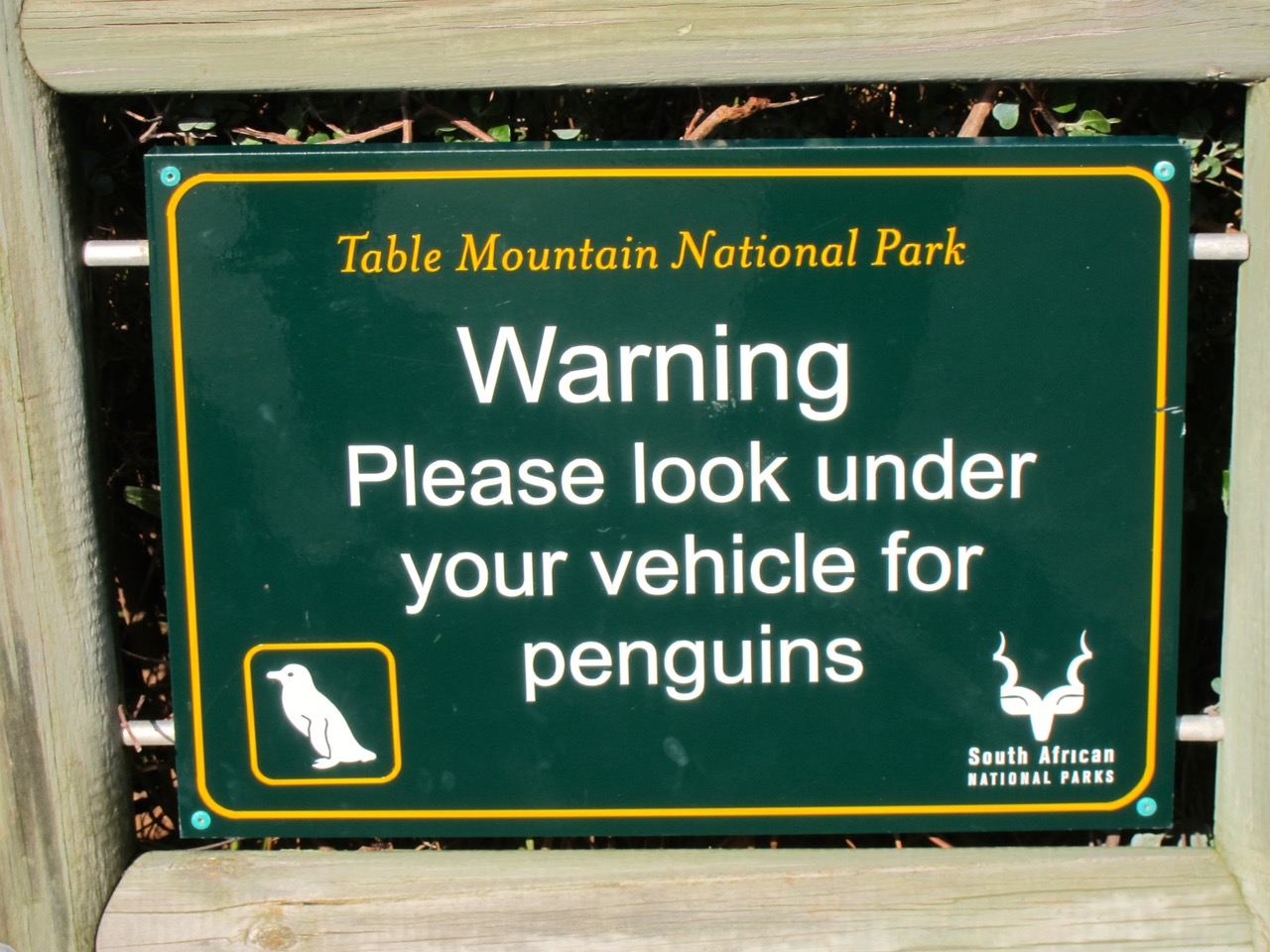 South Africa offers incredible opportunity to interact with an abundance of wildlife. I was awed by Sabi Sabi safaris that brought unencumbered views of the Big Five and other magnificent creatures, but I also loved the small, unorganized and unexpected encounters found throughout the countryside. The penguins seeking shade under my car parked at Table Mountain National Park, as well as the monkeys and baboons wanting to share my roadside picnic along the highway just outside of Cape Town totally charmed me by representing the wondrous way wildlife rendezvous with civilization bringing up close and personal magic to travelers. 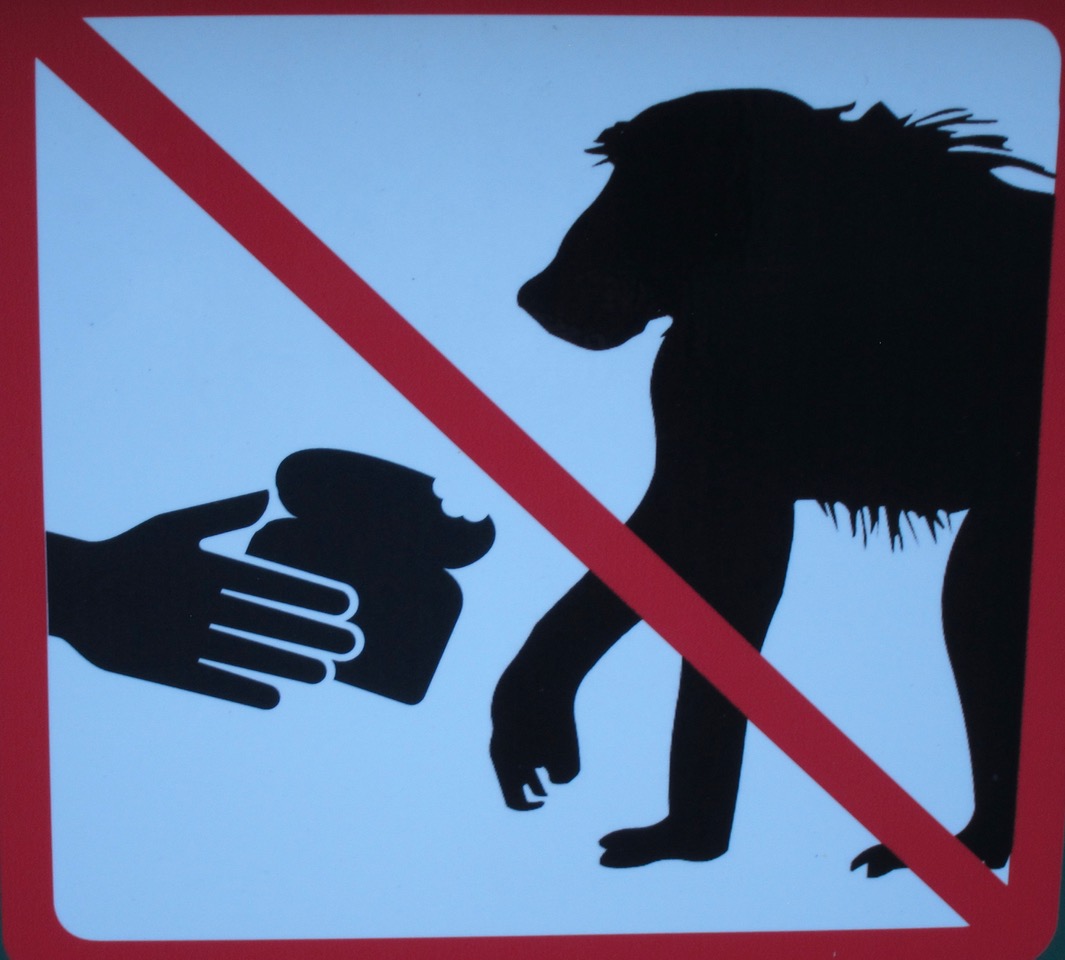 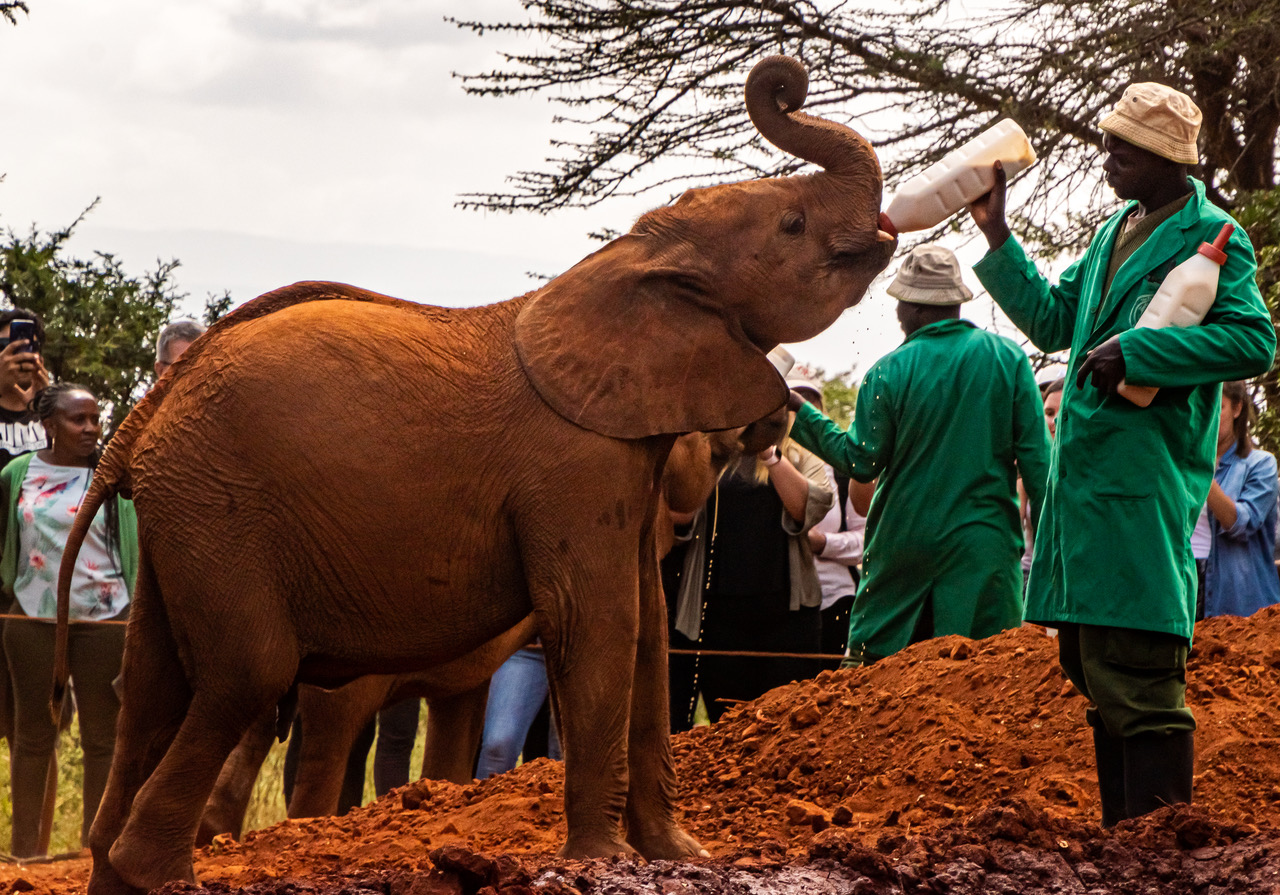 My husband has always wished for an elephant. Not a stuffed or toy elephant, but a real live elephant all his own. So, to celebrate his 60th birthday, I gave him one. I got the idea when I visited the David Sheldrick Elephant Orphanage in Nairobi, Kenya. At 11 a.m. daily, visitors can watch rescued, baby elephants being fed their big bottles of special milk. The Sheldrick Wildlife Trust provides a haven for rescued elephants that would otherwise not survive without their mothers. Caretakers act as the surrogate parent and care for the infant elephants 24/7 until they can be released back in the wild at about age four. Anyone can adopt one of the elephants with the funds going to support the conservation efforts. I picked an elephant with a birth date near my husband’s birthday and adopted him as a gift. Now each month my husband gets an update on Mukoka, his very own elephant.

Circle of life in the Masai Mara 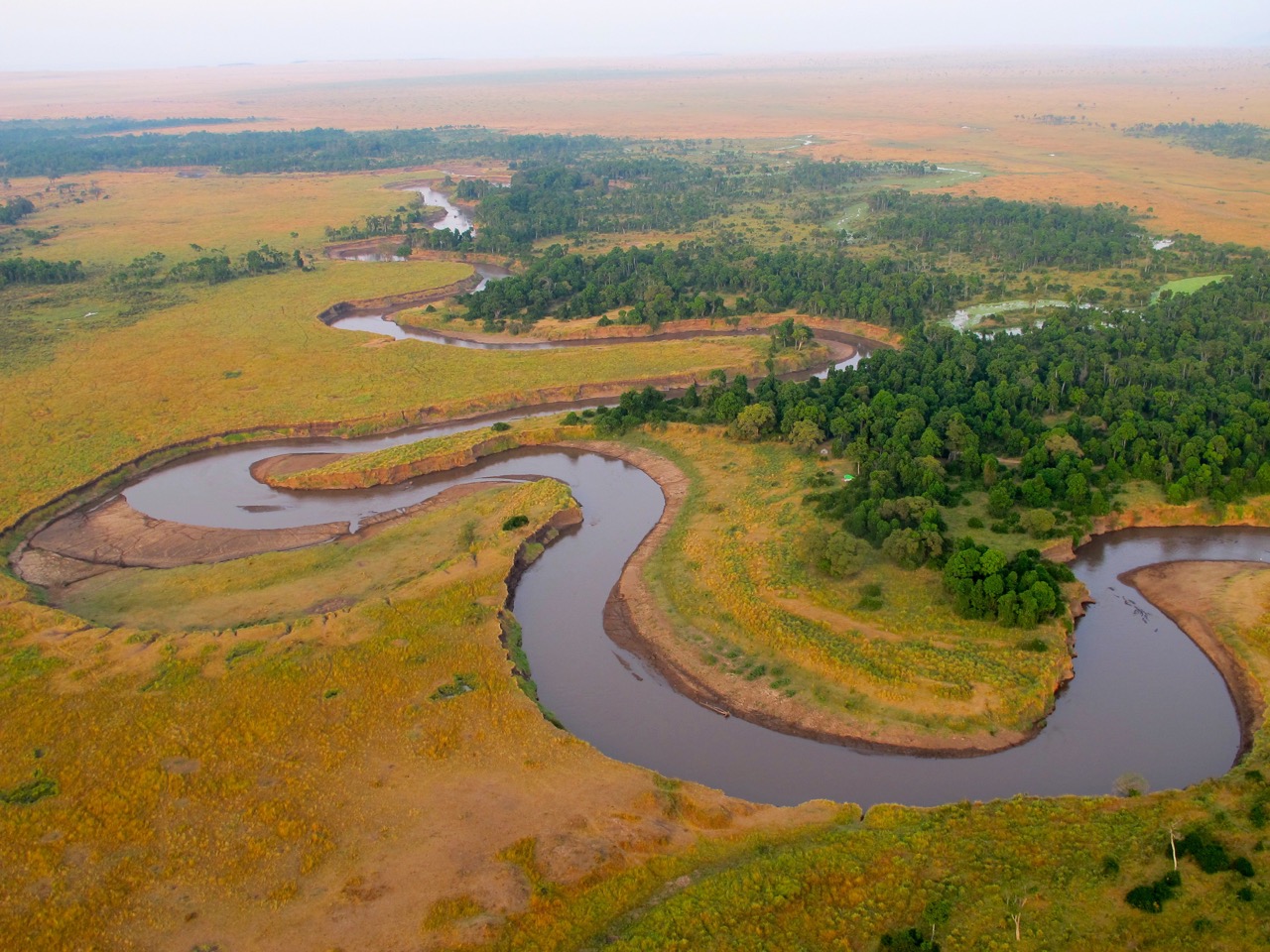 In predawn quietude under a star-spangled night sky, I departed Angama Mara safari camp, bumping along the dirt roads lacing Kenya’s Mara Masai along with other sleepy-eyed guests. Roughly an hour later, as pastel shades promising sunrise began coloring the sapphire sky, we were rising above the Mara River in a hot air balloon, the whoosh of flame providing background music. From this bird’s-eye view, the savanna seems endless. The crocodile-rich Mara River lazily snakes through, furling and unfurling without making much progress. As I watched a pod of hippos bathing in its murky waters, a violent splash, then darker waters spreading rings in the wake.

Wild about wildlife watching in Europe 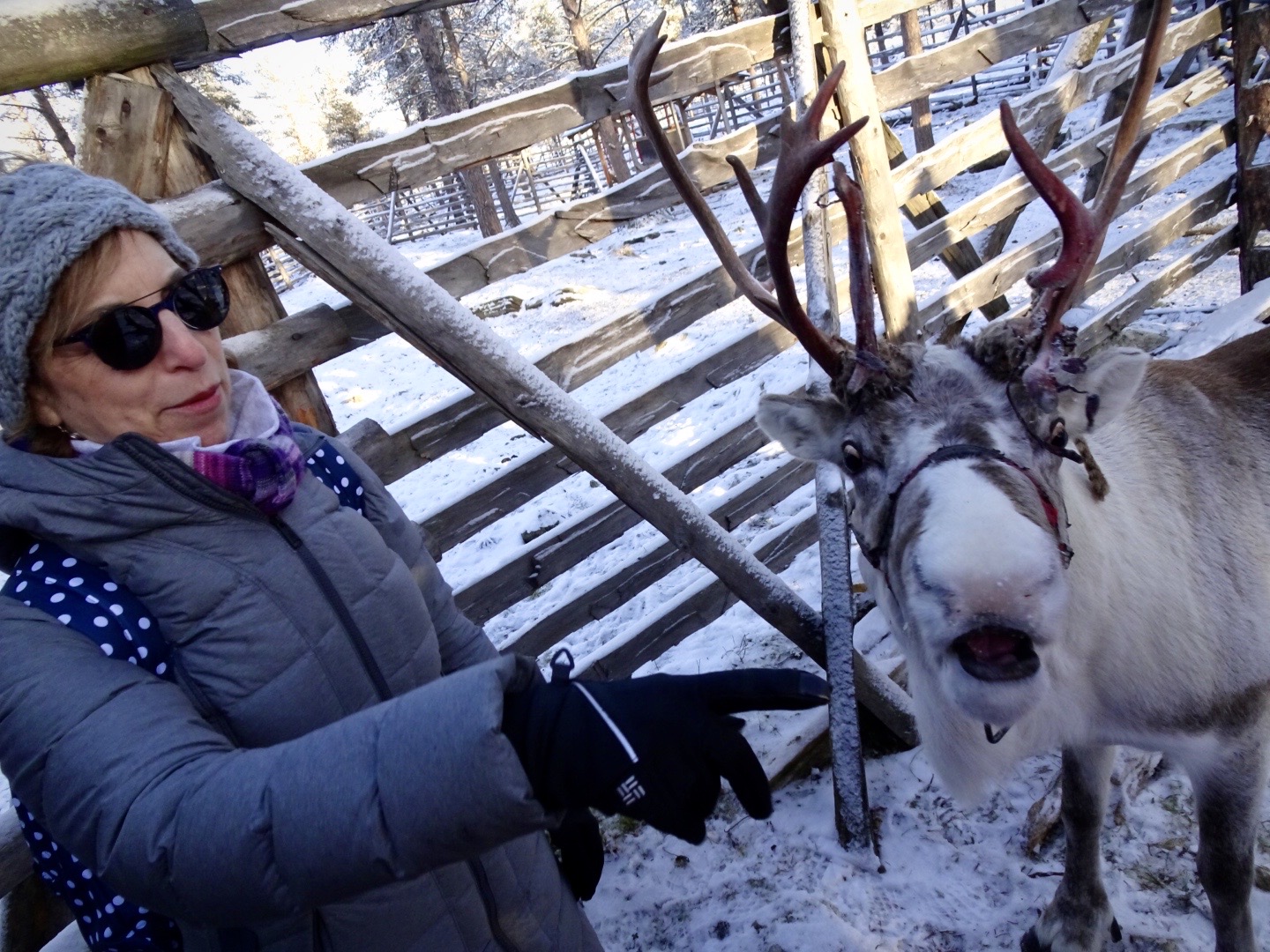 One of my most memorable post-50 travels was my trip with Collette Travel on its Northern Lights of Finland expedition to Lapland. The Northern Lights never appeared, but I did get to see Santa’s reindeer. Yep, Santa really does have reindeer in his backyard, and they have huge antlers. It was a chilling and chilly experience in the wilds of Lapland. I felt like I was in a Christmas movie, only it was IRL. The reindeer were quite friendly, because I had food for them — I jumped when one grabbed the basket of goodies and almost took my hand with it. Now whenever December 25th rolls around, I reminisce about my time with the real Dancer, Prancer and Vixen! 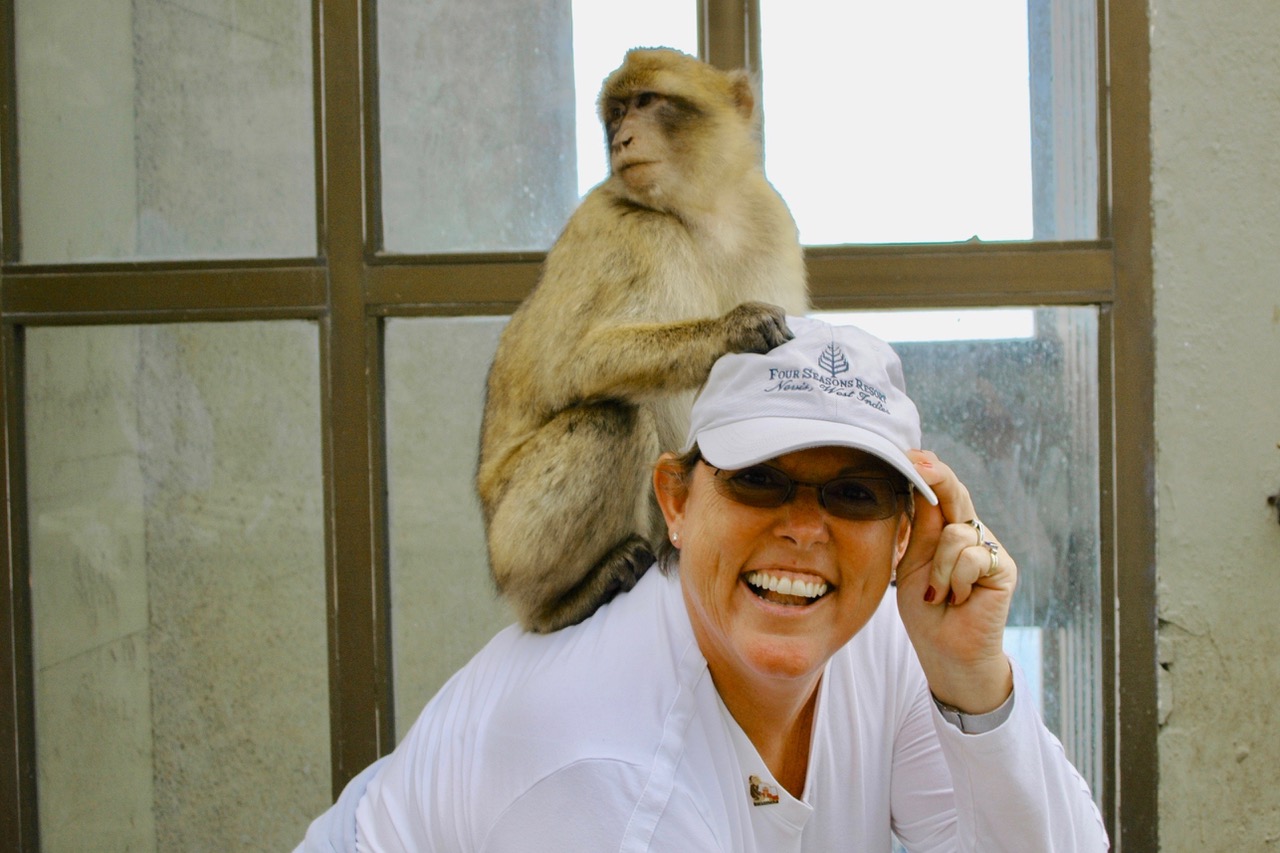 Kathy makes friends on the Rock of Gibraltar, but she wouldn’t give up the ball cap. (credit: J.S. Fletcher)

When we travel on assignment, we always opt for the “iconic” tour, so in Gibraltar, it was The Rock. There, we had an unexpected encounter with the Barbary Apes (also called Barbary macaques). Technically, they are monkeys and are endangered, which is why we gave them their space. But they are so used to people that they often climb on a visitor’s back, as was the case with Kathy. Though adorable, the 250-or-so clever creatures can unzip backpacks in search of treats, snatch belongings and should be approached with respect. Our encounter simply supplied a fun photo and lasting memories.

Wild about wildlife in Oceania 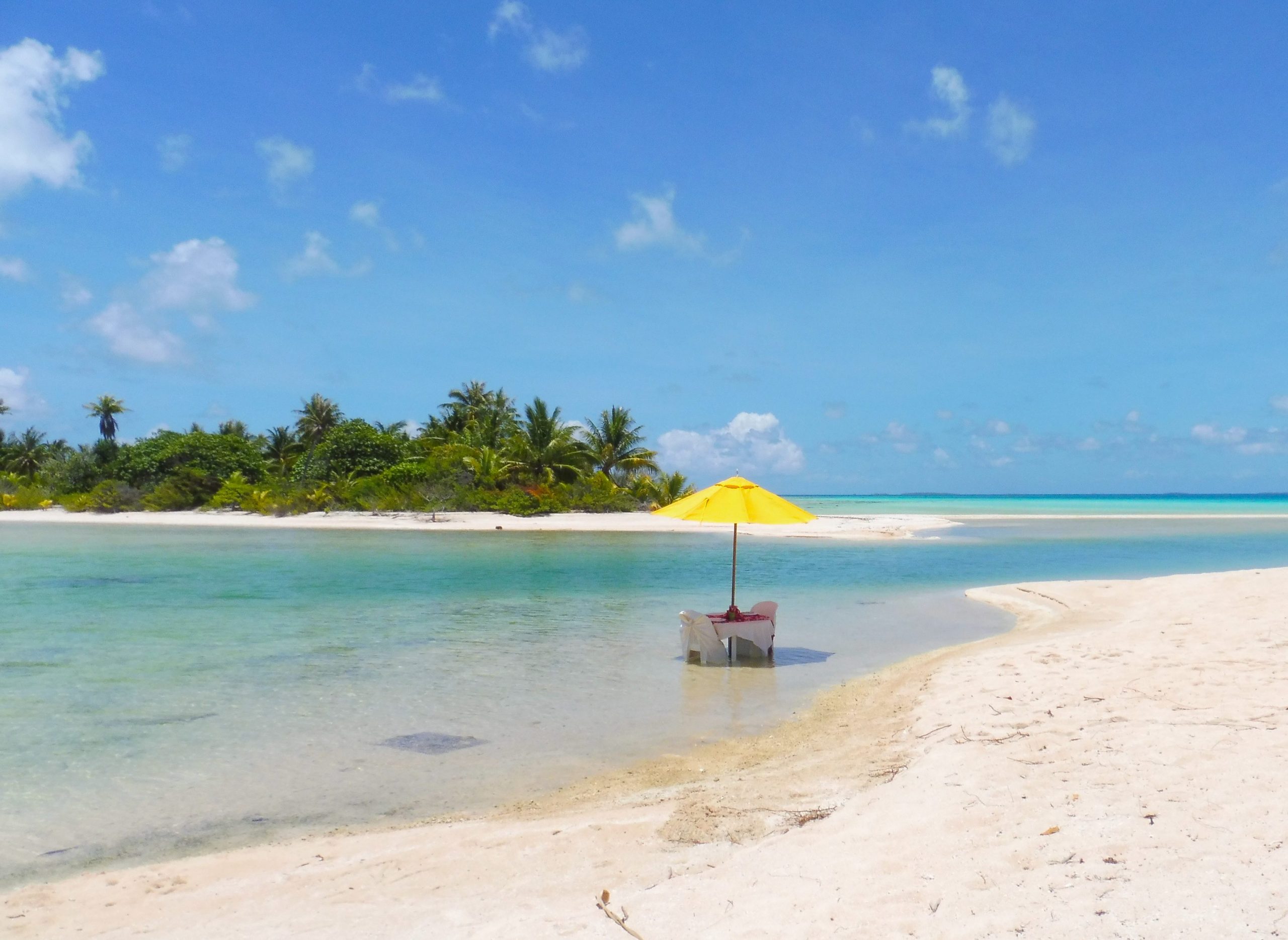 Dining with sharks (the black shadows in the water) in French Polynesia. Click on photo for a better view  of the action. (credit: Michele Peterson)

One of the most unique wildlife encounters I’ve ever experienced took place on an atoll near the island of Tikehau (Porutu-kai) in French Polynesia. My travel companion, Sue Campbell, and I were participating in a cooking class offered by Tikehau Pearl Beach Resort. Our picnic table was set on the shore so we were able to dine with our feet in the cool water. On the chef’s menu was Poisson Cru à la Tahitienne  which turned out to be popular with the resident blacktip reef sharks. Drawn to the aroma of fish, they circled several feet away from our table while we nervously began eating. More sharks arrived by the minute. Soon there were dozens gliding past, eyes glinting. Then, when a table scrap fell into the water, a feeding frenzy broke out. Jaws snapped at the morsels of fish and each other. We lifted our feet -— which coincidentally looked a lot like raw fish — grabbed our plates and made it a lunch to go.

Featured photo for Places We Can’t Wait to Visit (at top) by Karin Leperi: Bengal tiger in India. 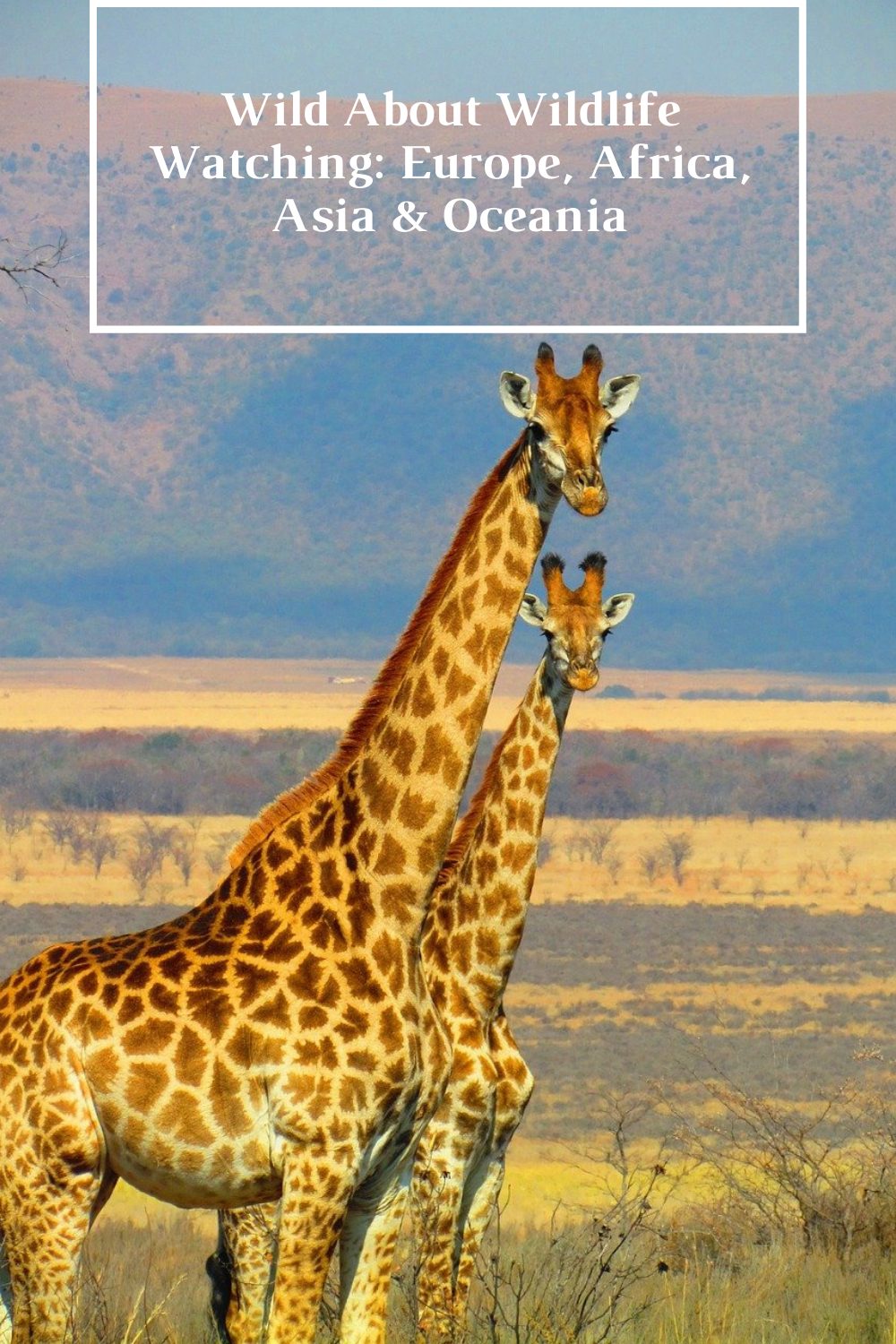