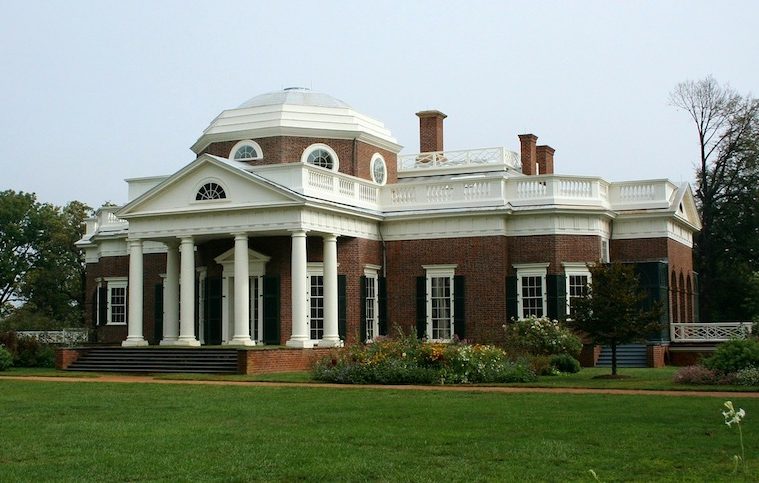 At the peak of summer, my visit to the state of Virginia took me to Thomas Jefferson’s Monticello. Hated by some, loved by others, and admired by many, Thomas Jefferson can be considered a polarizing figure in United States History. Nonetheless, if there’s something most people can agree on is that Monticello deserves a visit doesn’t matter your stance on the third President of the United States. 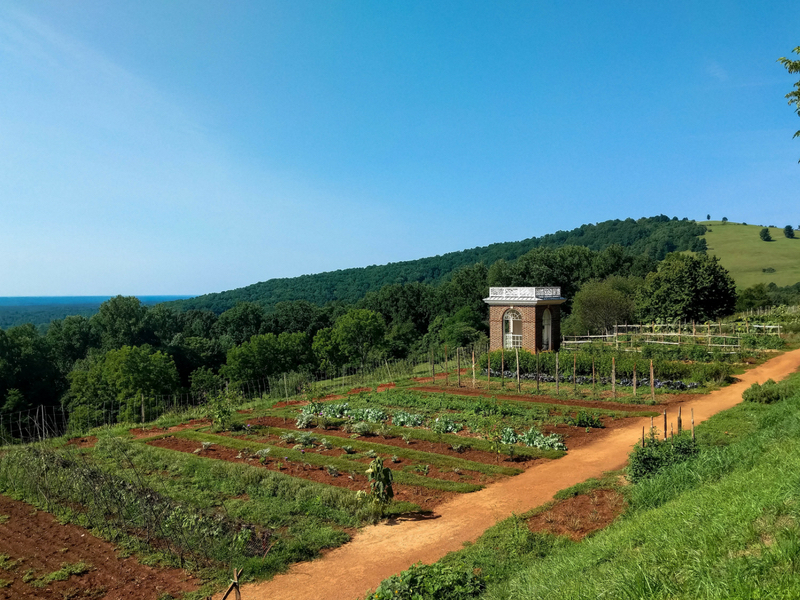 The primary plantation of Thomas Jefferson is approximately two hours and a half from downtown Washington, D.C. and one hour from Richmond, Virginia. It is located in the city of Charlottesville in the state of Virginia, only ten minutes away from UVA (University of Virginia) whose founder also happens to be Jefferson.

The road that takes you to this UNESCO World Heritage Site could be considered an indicator of what lies ahead. You drive under the relatively new stone-arch Saunders Bridge finished in 2002, and after that, it feels as if you have traveled back in time. That’s it until you arrive at the David M. Rubenstein Visitor Center and Smith Education Center. 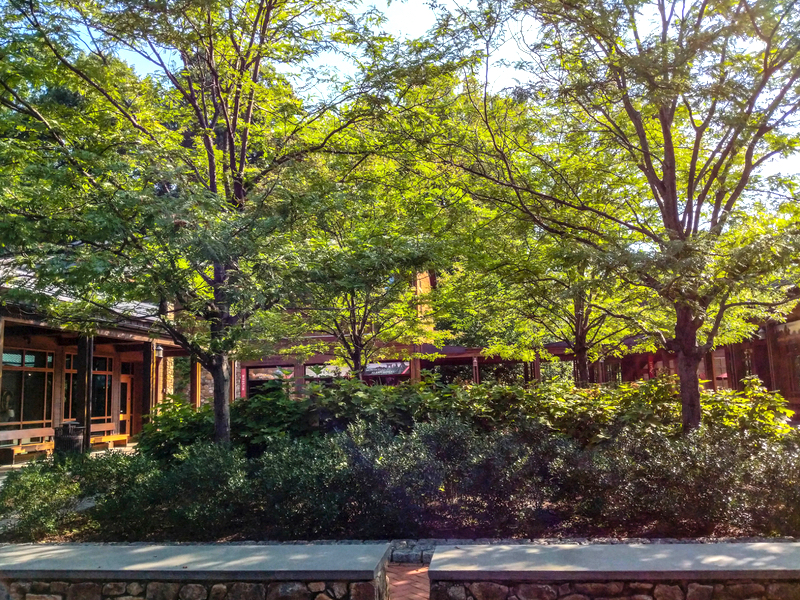 The David M. Rubenstein Visitor Center and Smith Education Center serves as the public entrance to Monticello. Here you’ll purchase the admission tickets if you haven’t done that before online, book a time for the house tour, and start going through the various exhibitions and a film that’ll help you gain a broader knowledge of the man Thomas Jefferson was, his ideas, and the architectural importance of the main house.

At the visitor center, my favorite exhibition was Thomas Jefferson and the Boisterous Sea of Liberty which shows how Jeffersonian ideas are still an ongoing influence to this day. This exhibition has a wall of flat-panel LCD screens and interactive touch screens that allow switching between different topics that are as important today as they were 200 years ago. 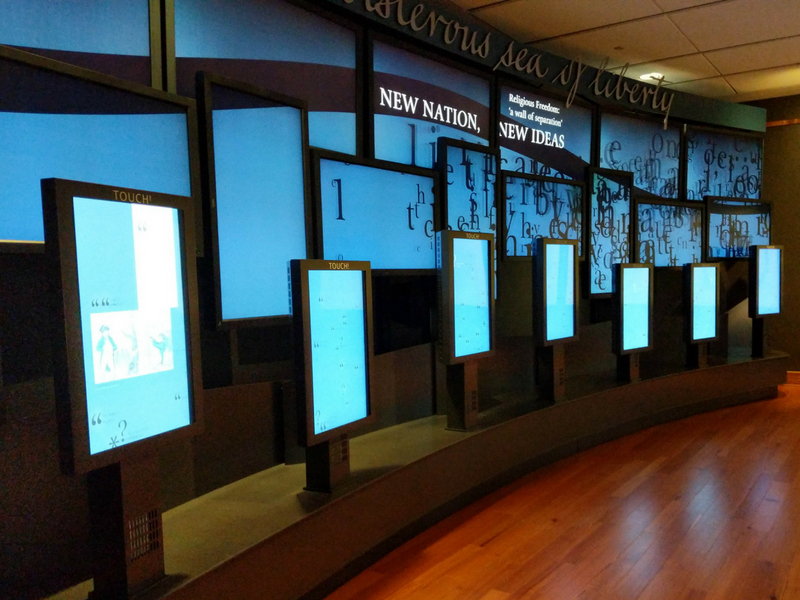 The Boisterous Sea of Liberty Exhibit

From the visitor center, you’ll take a shuttle that will take you to the mountaintop—unless you choose to take the trail, which in my opinion is more enjoyable to walk downhill than uphill, especially during summer.

As the name suggests (Monticello means ‘little mountain/mound’), Thomas Jefferson dream property lies on a small mountain overlooking the Blue Ridge Mountains. Once you arrive, you’ll notice that the house, grounds, and the view are stunningly beautiful. 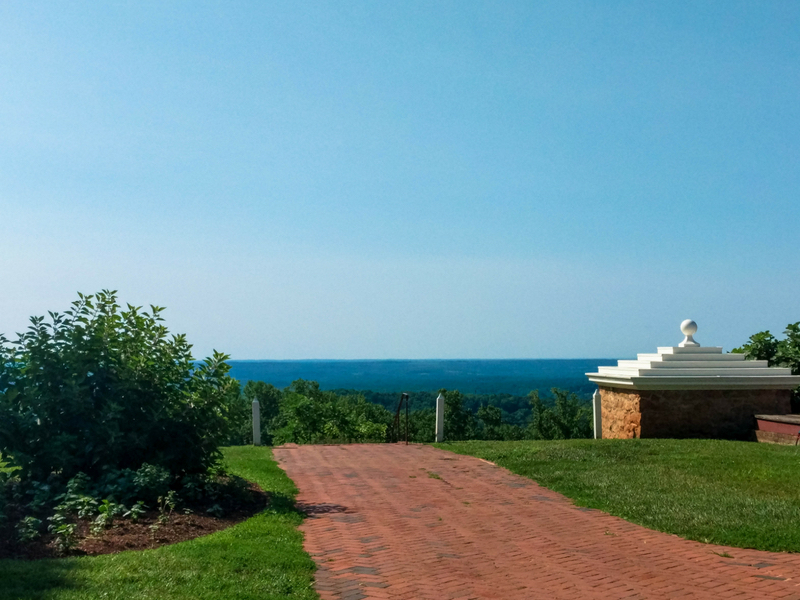 View of the Blue Ridge Mountains from Monticello

However, don’t get distracted just yet. Identify the spot where the house tour starts, so you don’t miss it. Then, if you have the time start by walking around the impeccable grounds, visiting the North and South Cellars, or taking one of the guided tours included with your admission. Of these, aside from the main Monticello Tour, I would recommend the Slavery Tour.

Despite its superficial beauty, the property and grounds cannot be detached from its history. At some point, Thomas Jefferson had enslaved over 600 human beings. Yes, someone that fully believed in self-government and individual freedom, someone that drafted the Declaration of Independence, had enslaved people to tend to his every need.

The whole persona of Thomas Jefferson is paradoxical. Some might say that he had planned a gradual emancipation of slaves, others that he feared fighting for their freedom because the nation was still too fragile and he knew the situation would result in a Civil War. Most will say that he was tired and used to say that was a job for the next generation. Historians have tried to understand Jefferson for years but still, today, there are debates about him and his thoughts about slavery.

However, some facts are not being debated anymore. Thomas Jefferson had children (at least six) with one of his enslaved women. Her name was Sally Hemings, and now you can learn more about her at Monticello through the Slavery Tour and under a new exhibit that carries her name. Yes, 192 years after Thomas Jefferson’s death, there is an exhibit with the name of an enslaved woman and guided tours that focus solely on the enslaved people at Monticello and the Hemings family. 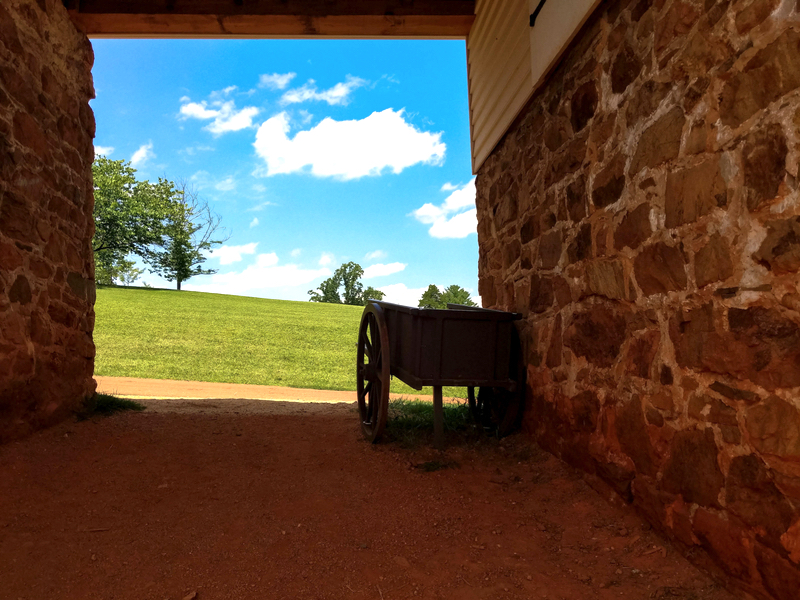 View of the grounds from the stone stables

The Thomas Jefferson Foundation has not done only a great job hiring their guides which were great but also in maintaining the property and the grounds, and in being honest about Thomas Jefferson and what was going on at the Monticello plantation. In the end, it doesn’t matter what your thoughts are on Mr. Jefferson. On your visit, you will “Follow truth wherever it may lead” as he once said and leave with more knowledge than when you arrived.

*All photo credits (except for lede photo): Sheila Berrios-Nazario