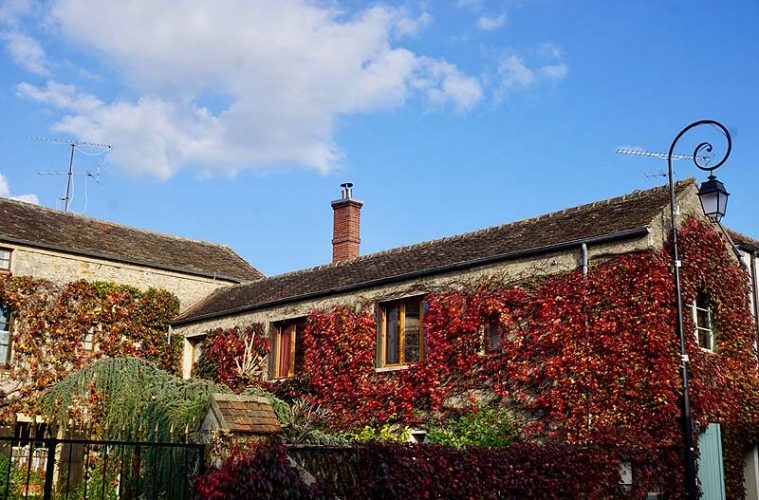 Only 40 minutes by train from Paris lies an idyllic village that inspired a famous school of painting. Less well-known and visited than Giverny (the site of Claude Monet’s famous house and garden), Barbizon is a tiny hamlet with a one-road main street surrounded by a thick lush forest and open green pastures.

Barbizon was the center of French painting between 1830 and 1870, a place to which artists flocked from all over to take advantage of the special light and landscapes.

A departure from indoor painting, the new realism relied on natural light and featured everyday workers and farmers. 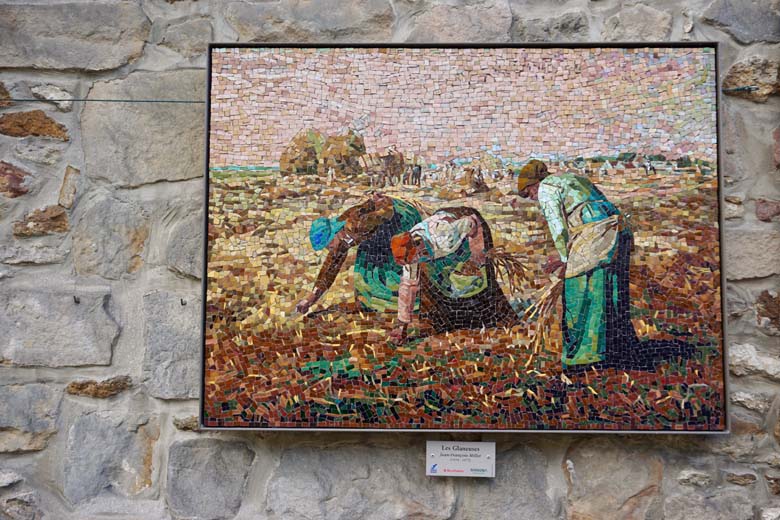 Jean-Francois Millet was the most recognized of the Barbizon artists, setting up a modest studio and home in the center of the village, now a private museum. The first two rooms contain the living quarters and the last room is the atelier, where he created his masterpieces. 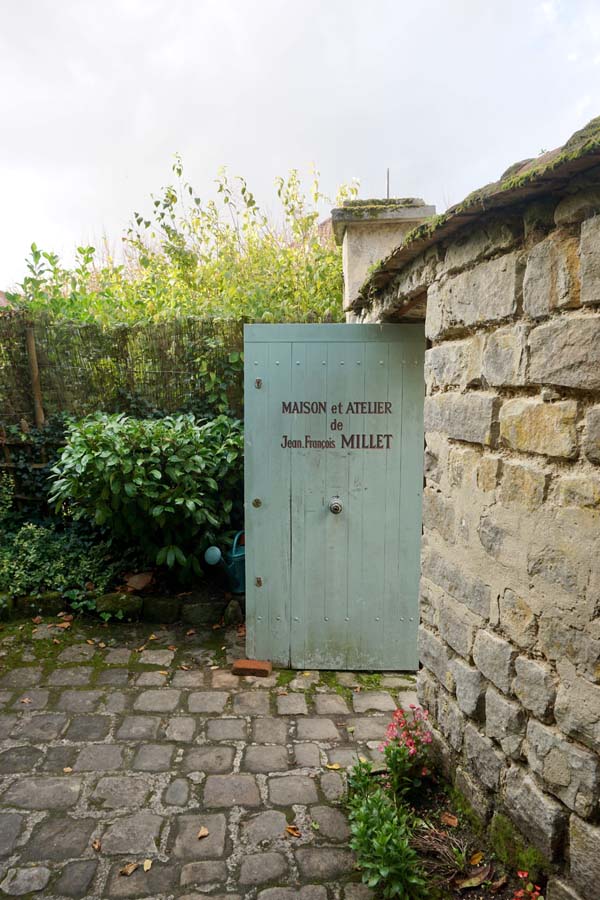 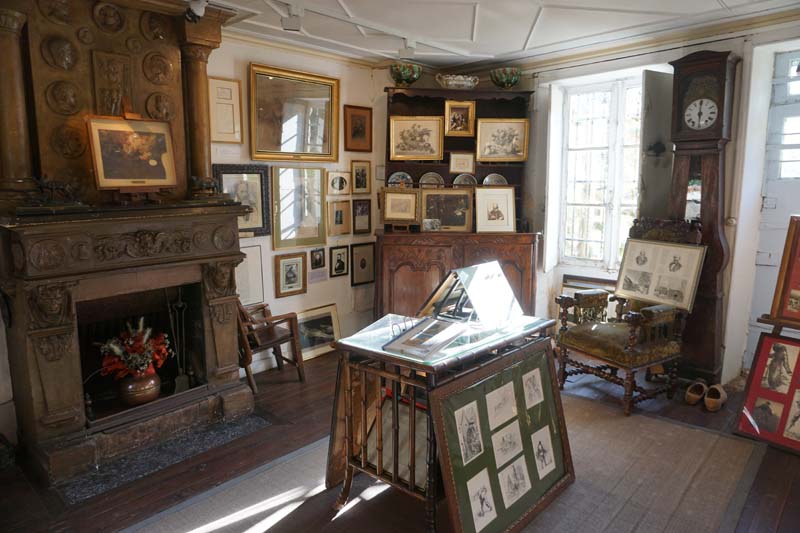 In later years, Vincent Van Gogh was so taken by Millet’s style, he painted 40 copies of his paintings, declaring Millet his master.

Other important artists of the same period include Jean-Baptiste-Camille Corot, and Charles-Francois Daubigny.

Musée de Barbizon is the official museum of Barbizon. Once an inn and pub for struggling artists, the space displays minor works of the Barbizon artists. The upstairs walls have original scribbles and drawings from the artists who stayed there in the 1800s.

Other nearby sensory delights

If you visit Barbizon, treat yourself to lunch at Hotellerie de Bas-Bréau. Ours was delightful – from a special fall menu consisting of game and mushrooms (Barbizon is known for its hunting grounds). 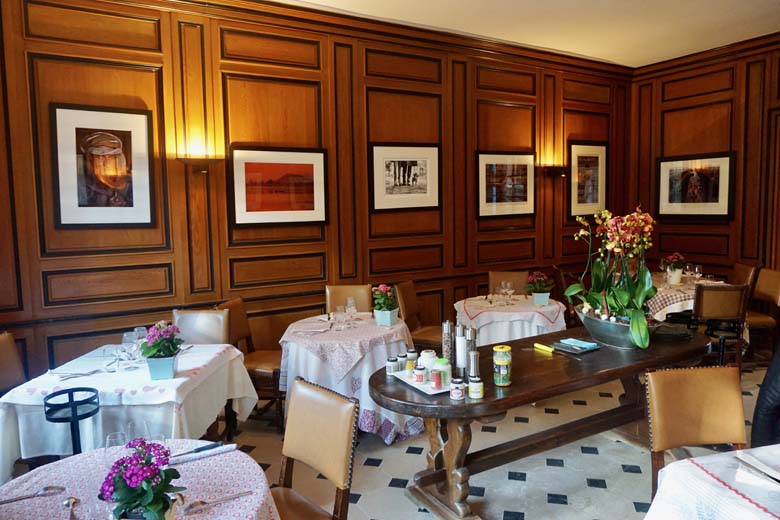 Rooms are individually decorated in period decor and include Jacuzzis. The seven-acre property has beautiful formal gardens and a swimming pool. 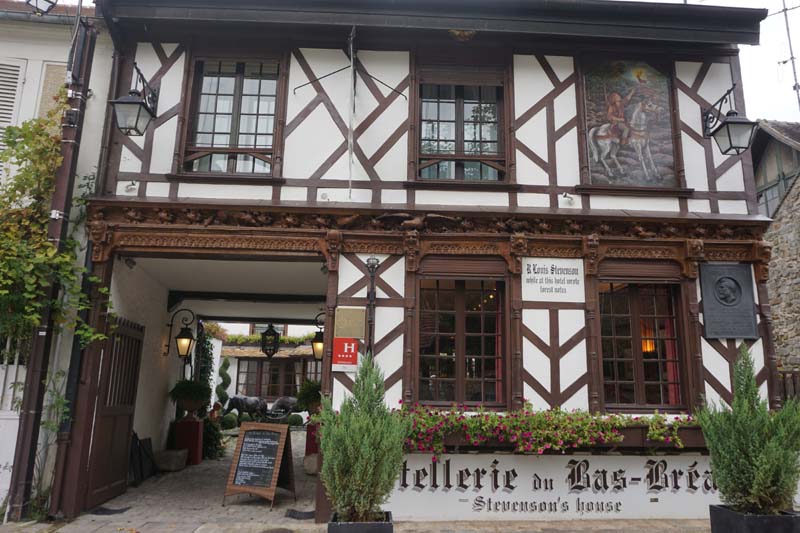 You can also visit the nearby royal palace and gardens of Chateau de Fontainebleau, similar in size and scope to the Palace of Versailles.

IF YOU VISIT BARBIZON

Be sure to get the whole scoop on the charms of Barbizon and the Hotellerie de Bas-Bréau on I Prefer Paris!

A Tour of Barbizon, France

The author’s lunch at Hotellerie de Bas-Bréau was hosted by the property. 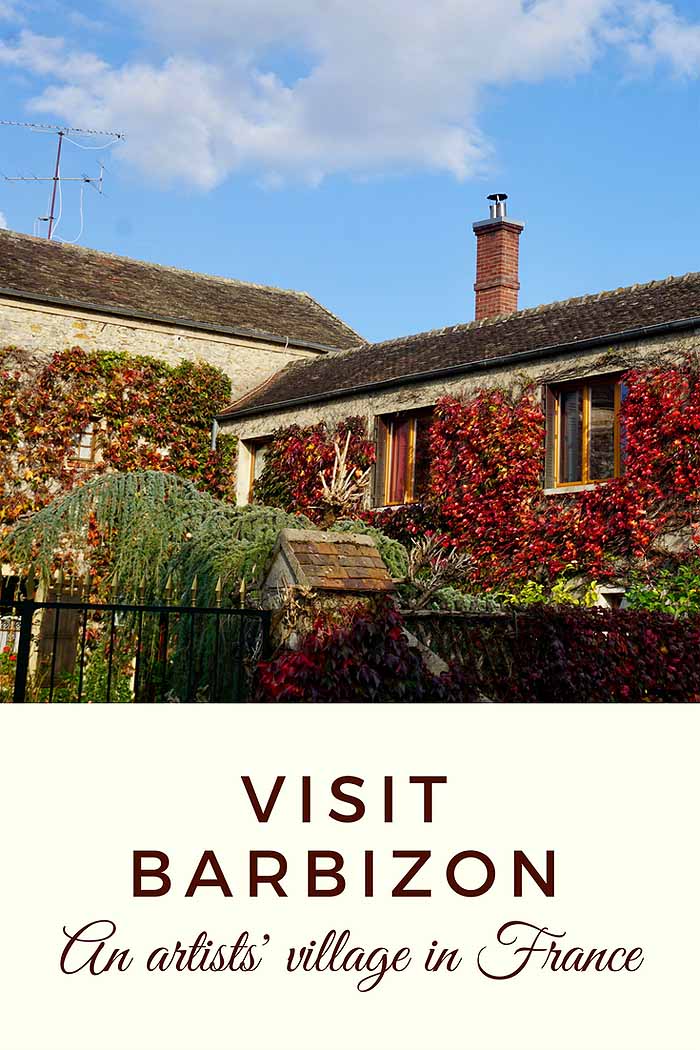