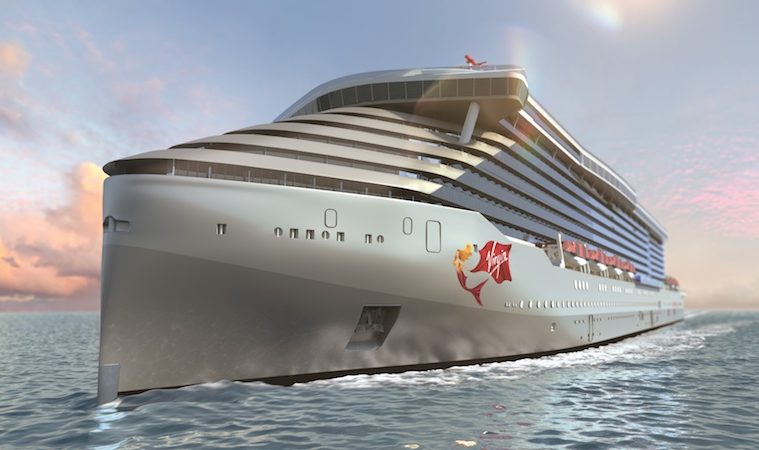 This week, the Virgin Group announced what promises to be a bold new player in the cruise industry – Virgin Voyages. The new cruise line has carved out a unique niche too, conceptualizing the ships as “Adult by Design.”

Partnering with Bain Capital, Virgin will be building three new “Lady Ships,” each holding about 2,700 passengers. The announcement was made at the Fincantieri shipyard in Genoa, Italy, where construction has begun with the laying of the keel for the first of these ships, expected to set sail in 2020. 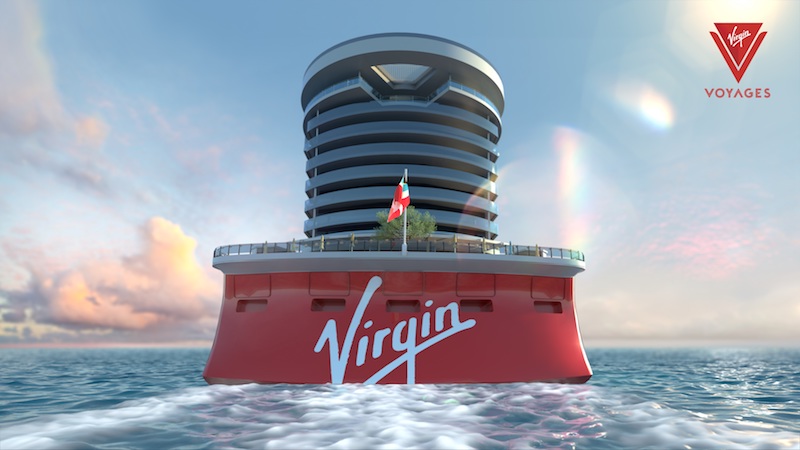 Stern of the new ships

Why “Adult by Design?”

Boomers love traveling with their families, at sea or on land. That’s why multigenerational trips are one of the fastest growing segments of the travel industry. However, many of us have a hard time traveling with OTHER people’s families because as we age, even parents and grandparents tend to have less patience for the noise and activity levels associated with children and teenage offspring that aren’t their own.

“While smaller ships in the high-end, luxury, and expedition spaces typically cater to adults without explicitly forbidding children, operators of larger ships with mass-market appeal have been seeking ways to attract more family groups, “ writes Hannah Sampson in the industry publication, Skift.

Virgin Voyages will be bucking this trend by focusing on grownup travelers, requiring that all passengers be 18 years and over.

(Viking Ocean Cruises, which caters to older adults and has smaller ships with about 900 passengers each, has similar age restrictions.)

Joined by Virgin Group founder Sir Richard Branson, Virgin Voyages President and CEO Tom McAlpin noted, “The entire ship will be built with an attention to detail, reflecting the craftsmanship and materiality inspired by super yachts. Designed to feel more intimate and connected to the sea, 86 percent of all cabins will feature a sea terrace and 93 percent an ocean view.”

Artist’s renderings of the ship show a playful mermaid design on the bow created by London-based artist Tony Tinsley and a silvery gray hull.

Virgin is also plans raise the bar in terms of environmental friendliness. The line will be using cutting-edge technology to significantly reduce waste discharge by turning it into energy. 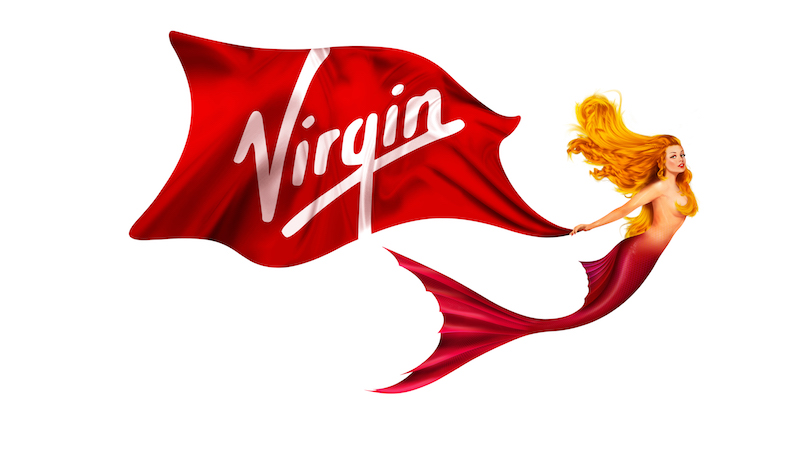 The cruise line is already accepting fully refundable $500 deposits for the inaugural cruise, which will set sail from PortMiami in 2020.

Take a peek at the Virgin Voyages animation shown at the launch ceremony in Genoa: