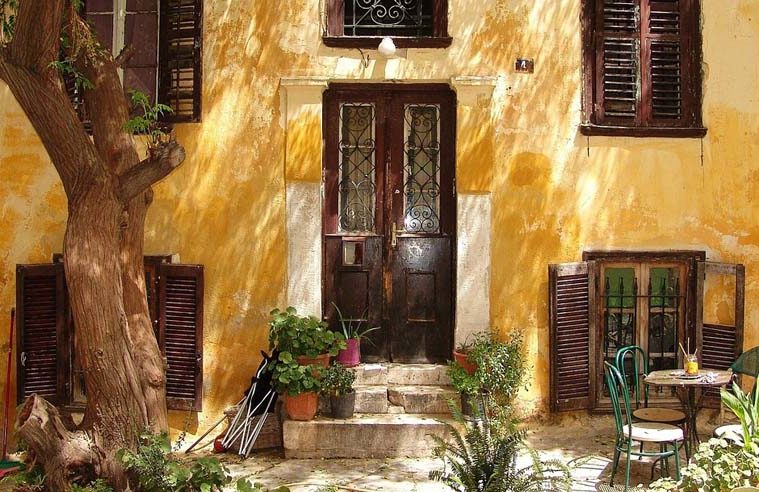 Sailing the Viking Sky in the Mediterranean 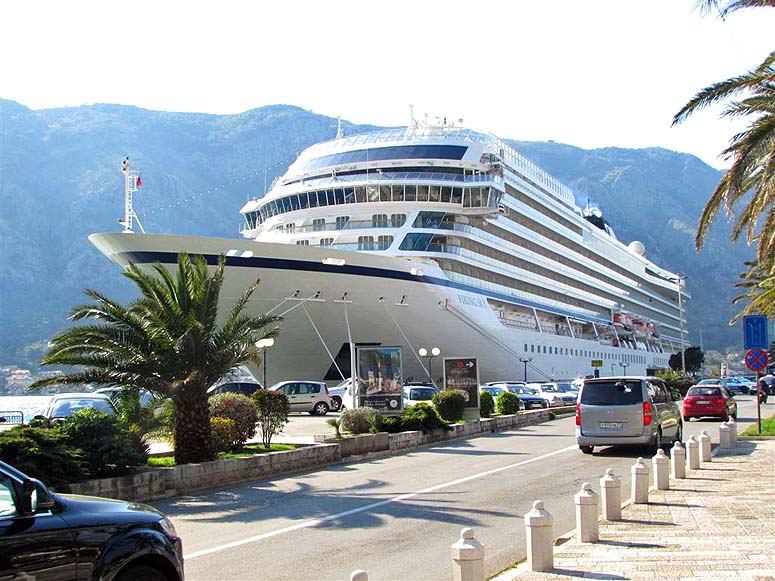 It’s hard to imagine a more pleasant and historic city than Athens from which to begin a cruise. “The Birthplace of Democracy” is a user-friendly textbook of Greek architecture and Greek thought from more than 2600 years ago.

Seeing the Acropolis and the Parthenon from the breakfast room of the majestic Grand Bretagne Hotel in the city’s central square takes one back to the days of Plato and Aristotle. The city is very walkable, full of English signs and rewarding if you enjoy world-class museums and historic sights. 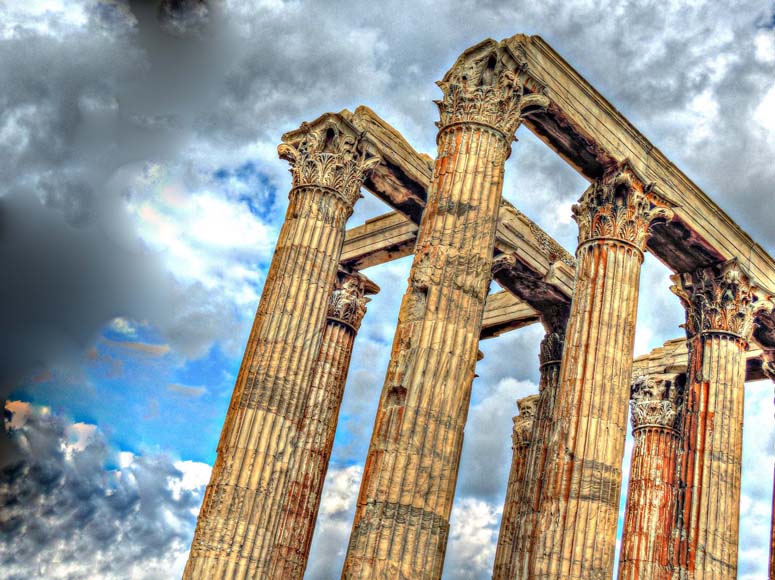 Temple of Zeus in Athens 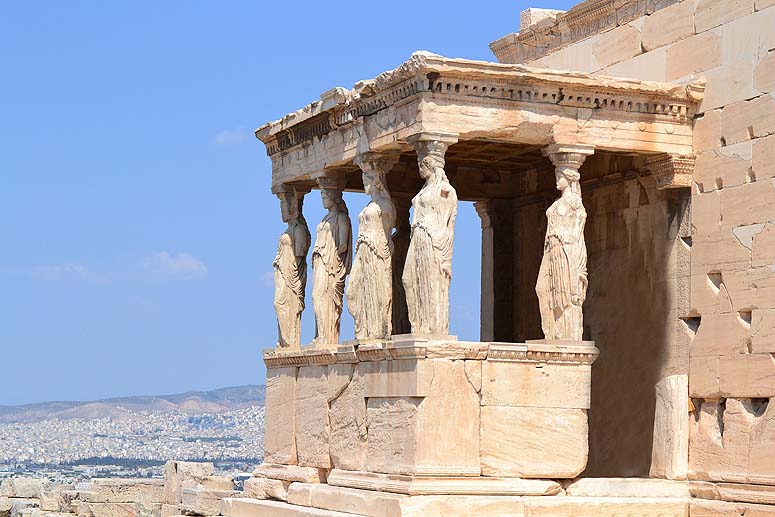 The Acropolis is probably the Number 1 visitor attraction in Athens 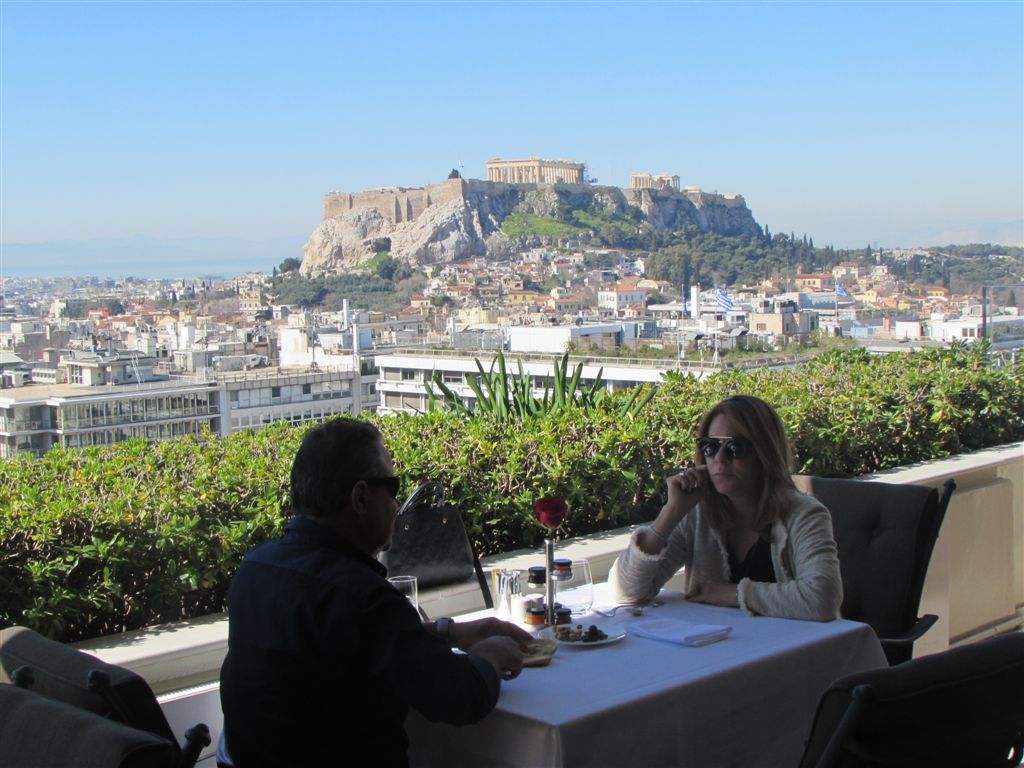 The Acropolis from the terrace of the Grand Bretagne Hotel (Credit: John and Sandra Nowlan)

The great service and comforts at the Grand Bretagne (part of the Starwood Luxury Collection) was a fine introduction to our cruise ship, the 930-passenger Viking Sky, the third and newest in the Viking Ocean Cruises‘ fleet. Viking is best known for its river cruise ships, but its expansion into ocean cruising has been very successful. By 2020, Viking will have launched six identical vessels, each dedicated, as the General Manager told us, “to educate, explore and enrich.”

We boarded Viking Sky in nearby Piraeus, the main port for Athens, and were immediately impressed. The sleek, all-balcony, all-adult vessel is a marvel of Scandinavian design with a series of  welcoming public rooms featuring muted colors, comfortable chairs (some draped in deerskins) and bookshelves holding many history and geography volumes.

The ship has the feel of a luxurious, yet informal country club.

There are two swimming pools (one is an infinity pool at the stern of the ship), a relaxing Wintergarden for afternoon tea, a two-story Explorers Lounge at the front of the ship (with an old-fashioned telescope and many rare books about Arctic and Antarctic exploration) and a Nordic Spa where guests can indulge themselves in the complimentary thalassotherapy pool, followed by a steam room and snow grotto (where you can have snowball fights, if you wish). 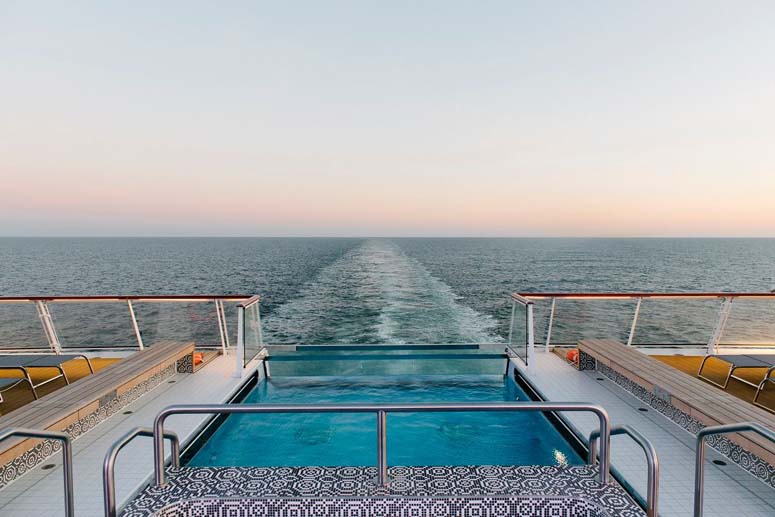 The main theater is spacious and comfortable, with high tech light curtain effects and a stellar cast of eight singers and dancers featured in several creative productions. 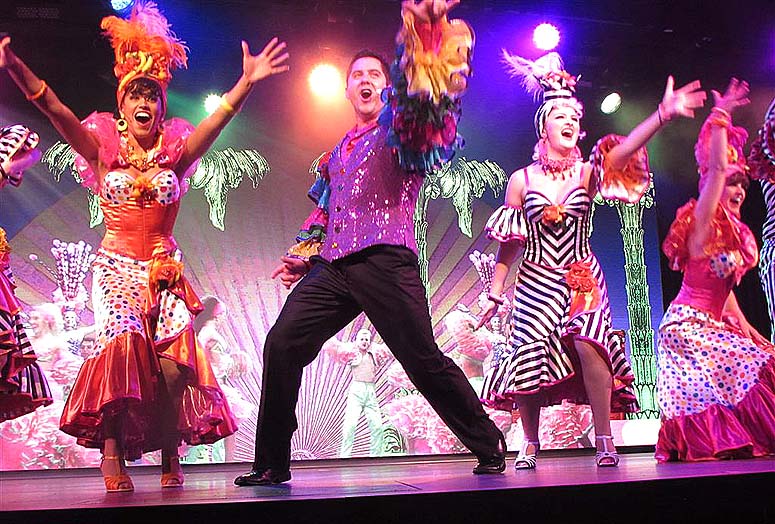 Accommodations are comfortable and stylish with king size beds, excellent lighting and the best high-resolution TV system we’ve ever seen on a ship. Storage space is limited (we were told that Viking recognizes the problem and will soon add extra drawers to all rooms) and the bathroom doesn’t have a tub (only a very efficient shower) or a make-up magnifying mirror. Insulation must be excellent because we never heard a sound from our neighbors.

We were delighted by the culinary choices.

The main dining room (called The Restaurant, to which guests can come anytime between 6:00 to 9:00pm) offered excellent options including Lobster Thermidor (lobster flown in from Eastern Canada), Dover Sole, succulent prime rib and Cornish game hen. The two optional restaurants (no extra cost but with reservations required) were Manfredi’s (excellent Italian cuisine) and the Chef’s Table (fixed menu with wine for each course). The World Café buffet on deck 7 was rarely crowded and the food choices were extensive. Unlike most cruise ships, the morning coffee was excellent.

Viking, in its short history as an ocean cruise line, has set new standards that are being noticed by its competitors.

It has just been honored by readers of Travel + Leisure magazine as the number one ocean cruise line in the world.

To its credit, free Wi-Fi is available throughout the ship (the crew loves it), complimentary excursions are offered in every port, and complimentary wine is available at lunch and dinner (some we tried were excellent, some just so-so). There’s also an extra-cost wine list with reasonable prices but no trained sommelier as on some other lines.

Our busy itinerary included stops every day in fascinating and historic Mediterranean countries and communities (a relaxing sea day would have been welcome).

After leaving Athens, our first stop was Santorini, where whitewashed buildings crown the top of an ancient caldera, 300 yards high, the result of a gigantic volcanic explosion 3600 years ago. 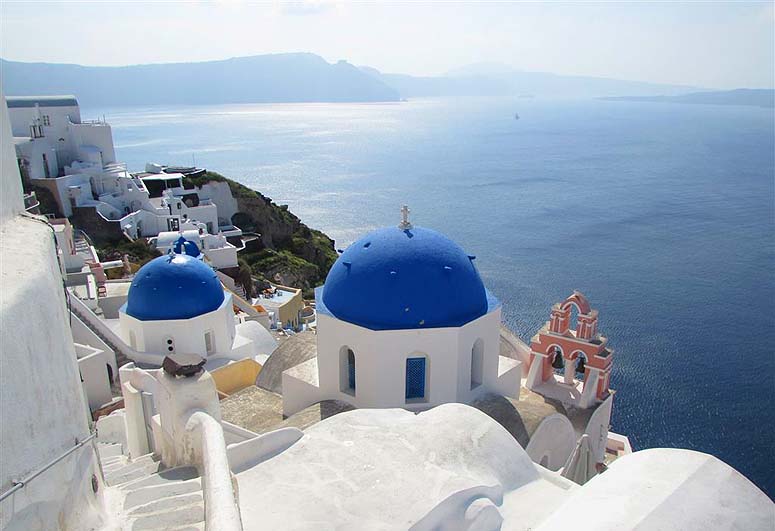 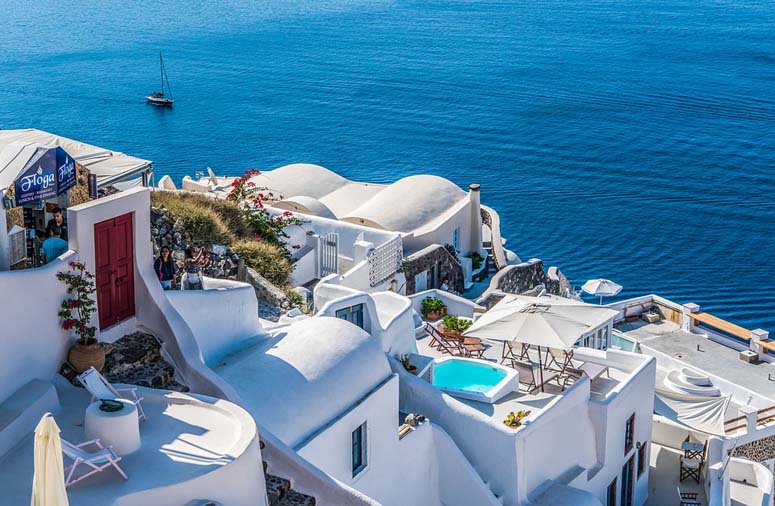 The next day we visited the legendary city of Olympia, birthplace of the modern Olympic Games.

In 776 BC, athletes (only men) gathered to compete and honor the god Zeus. The tradition continued every four years until the 4th century. The main running track is still here in addition to many of the ruins from the remarkable architecture of the era. 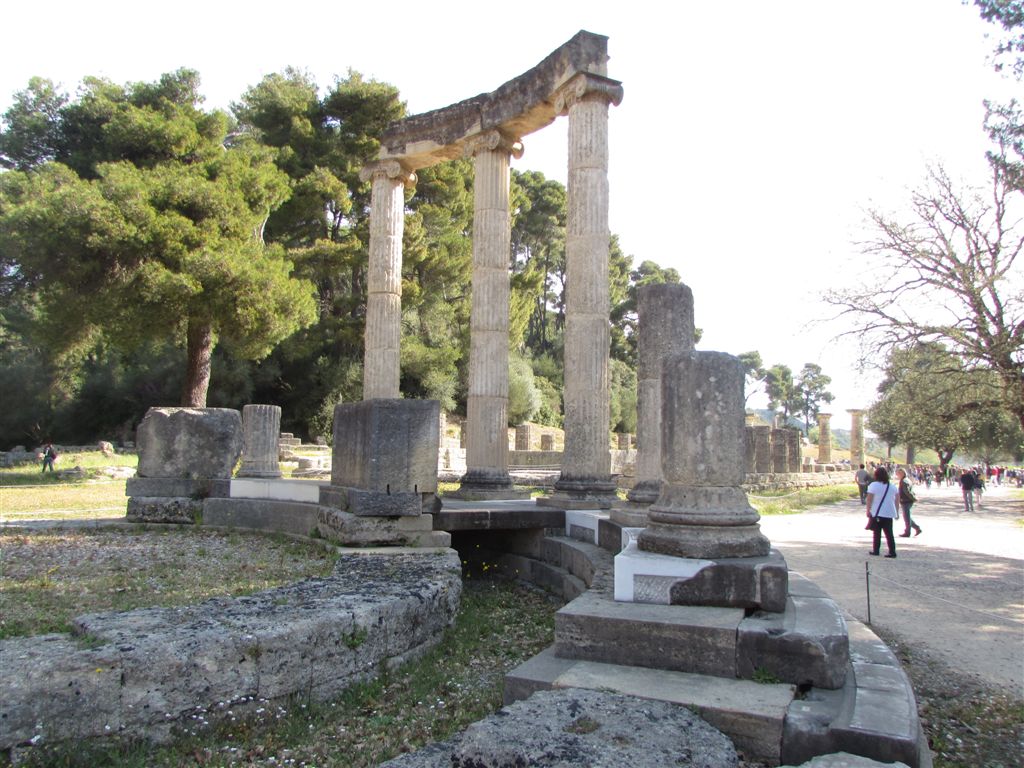 The tour ended with a Greek lunch (including a cooking lesson for tzakaki) and entertainment by traditional musicians and dancers. The Greek wine lubricated several guests enough to try table dancing to the lively music. 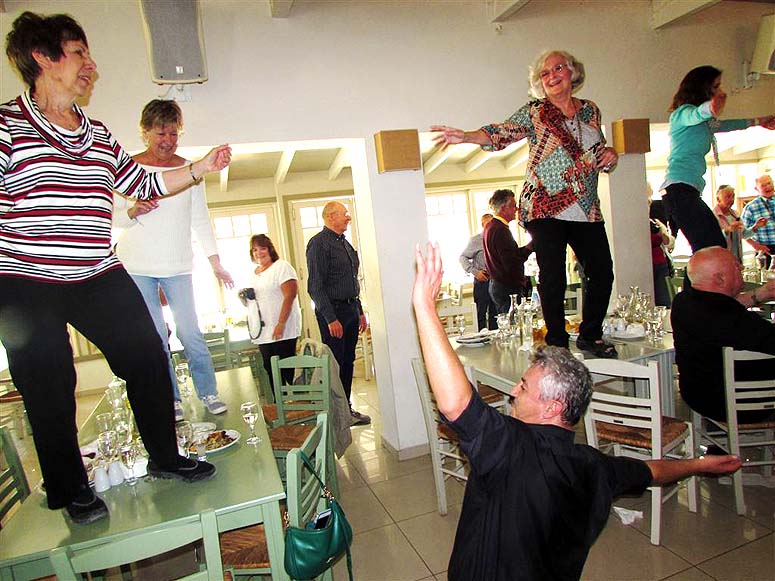 In Corfu, Greece (birthplace of Prince Phillip), the prettiest sight was Mouse Island and the Vlacherna Monastery. History and culture at every turn of the road… 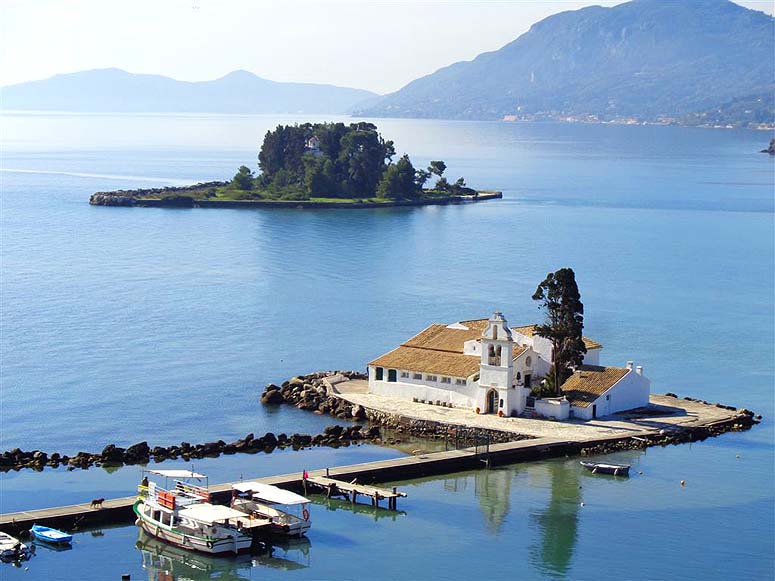 Montenegro was a new country for us, and we docked in the coastal town of Kotor, surrounded by steep mountains with its Venetian walls built in 1420.

We chose a tour to an olive grove where the farmer showed us his centuries-old trees and explained how he grew and processed olives using both traditional and modern methods. He showed us the proper way to taste and evaluate olive oil. 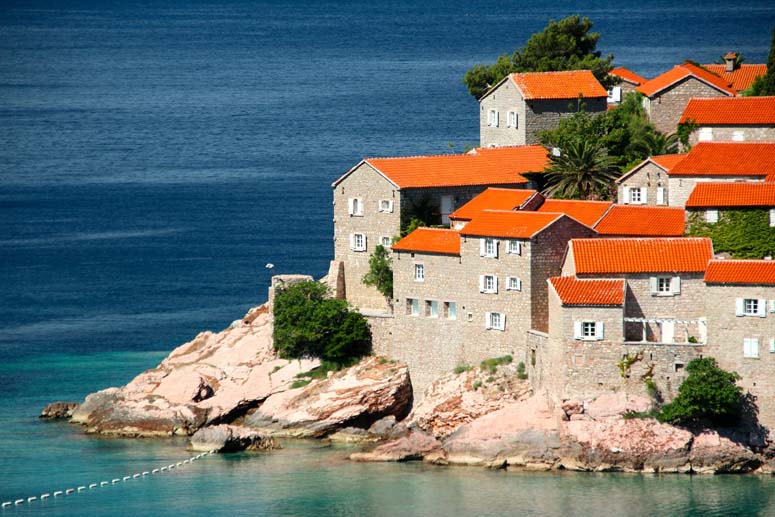 Many houses and buildings in Montenegro sport red tile roofs

Near the historic town of Ston, Croatia, site of the longest medieval wall in Europe, we joined a 20-passenger boat to an area of oyster and mussel farming, and helped haul up the lines. The cool clear water produces some very succulent mollusks, almost as tasty as those from Prince Edwards Island. 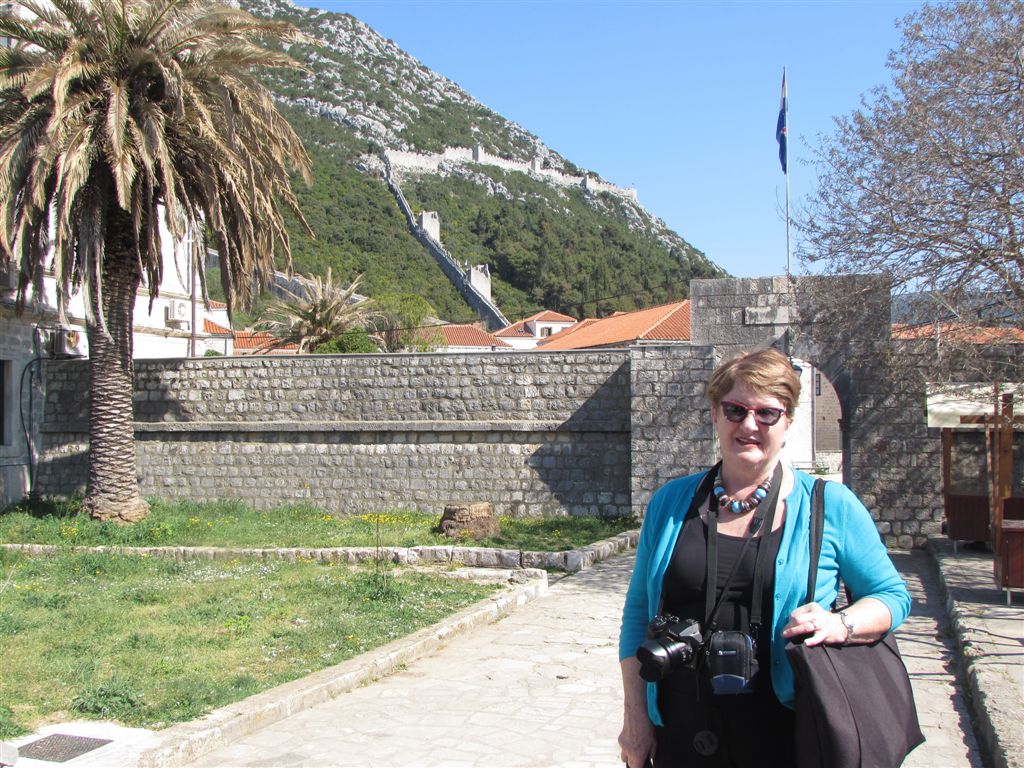 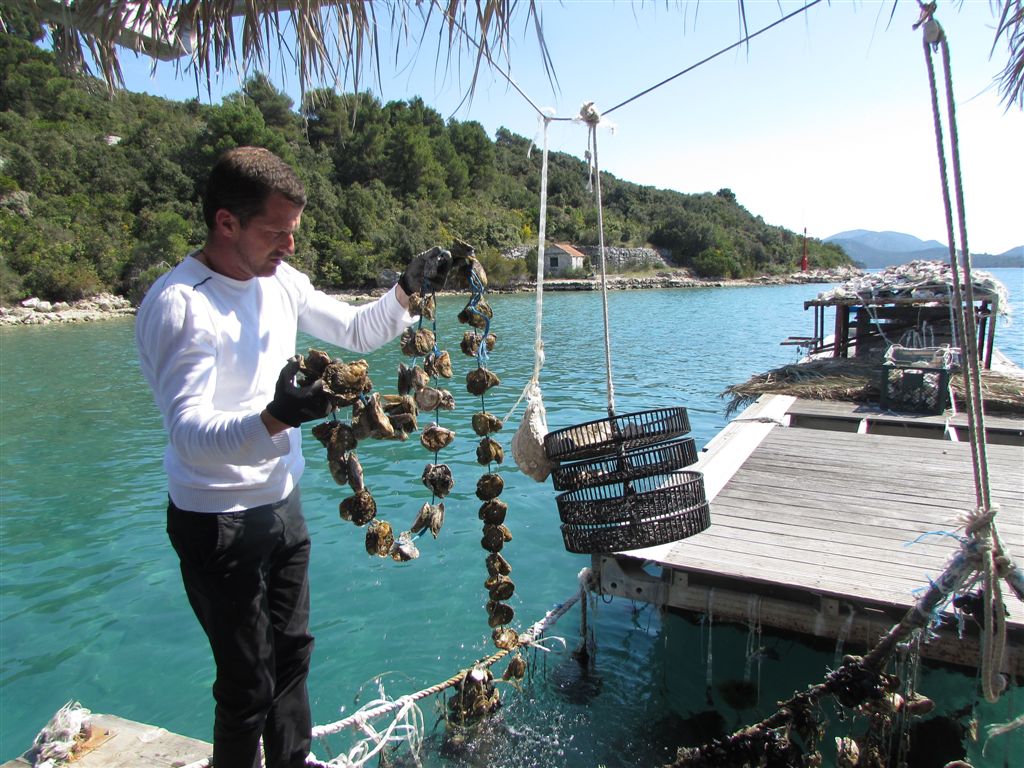 A second stop on the Dalmatian coast of Croatia took us to the island of Pag, totally barren on one side because of prevailing winds but reasonably lush on the other. Lush enough, in fact, to support a world-class cheese factory that just won a gold award in Wisconsin. We sampled several varieties including Paski Sir (Pag Cheese) made from sheep milk.

Our last port before disembarkation in Venice was Koper, Slovenia. We docked directly in front of the Old Town (an advantage with Viking’s medium size ships) with a great view of the 12th Century Cathedral of the Assumption. The ship arranged a walking tour of the ancient city that showed its many Italian influences through the centuries.

Viking seems to have hit all the right notes for its new ocean cruise ships.

Over-50 travelers are Viking’s target market; most are river and ocean cruise veterans. Such guests don’t want a casino or photo gallery but demand knowledgeable lecturers on the history of the ports along with creature comforts like outstanding service, accommodation and cuisine. 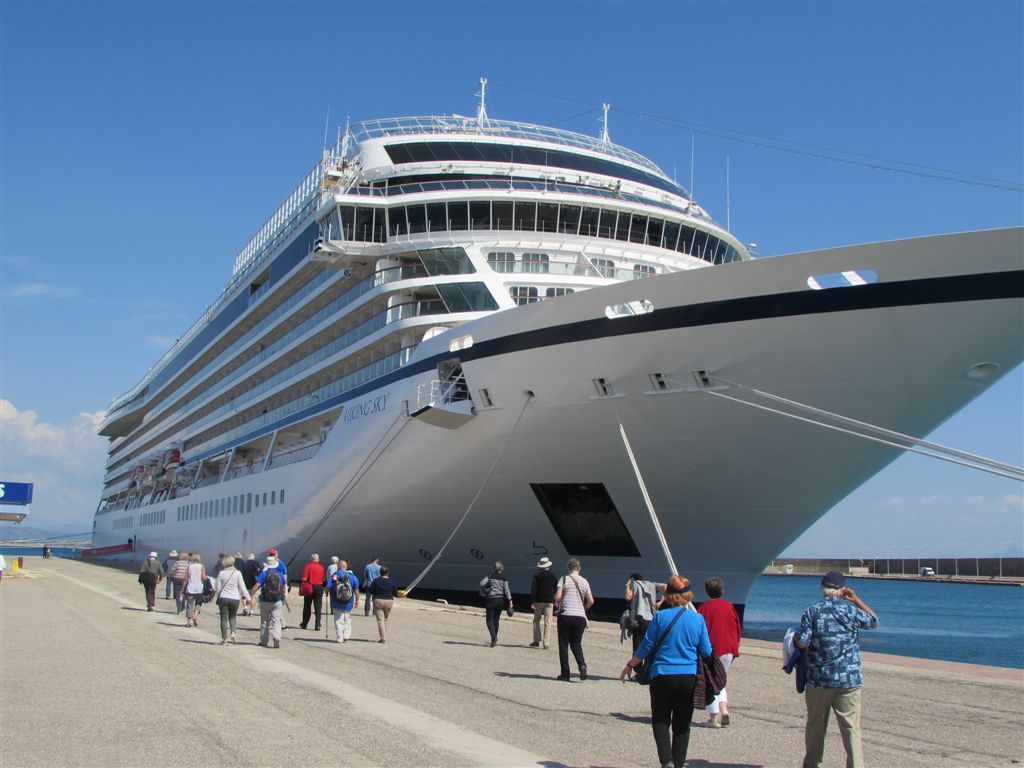 The authors’ cruise was sponsored by the cruise line.

About the Viking Sky, its sister ship Viking Star and Viking Ocean Cruises: 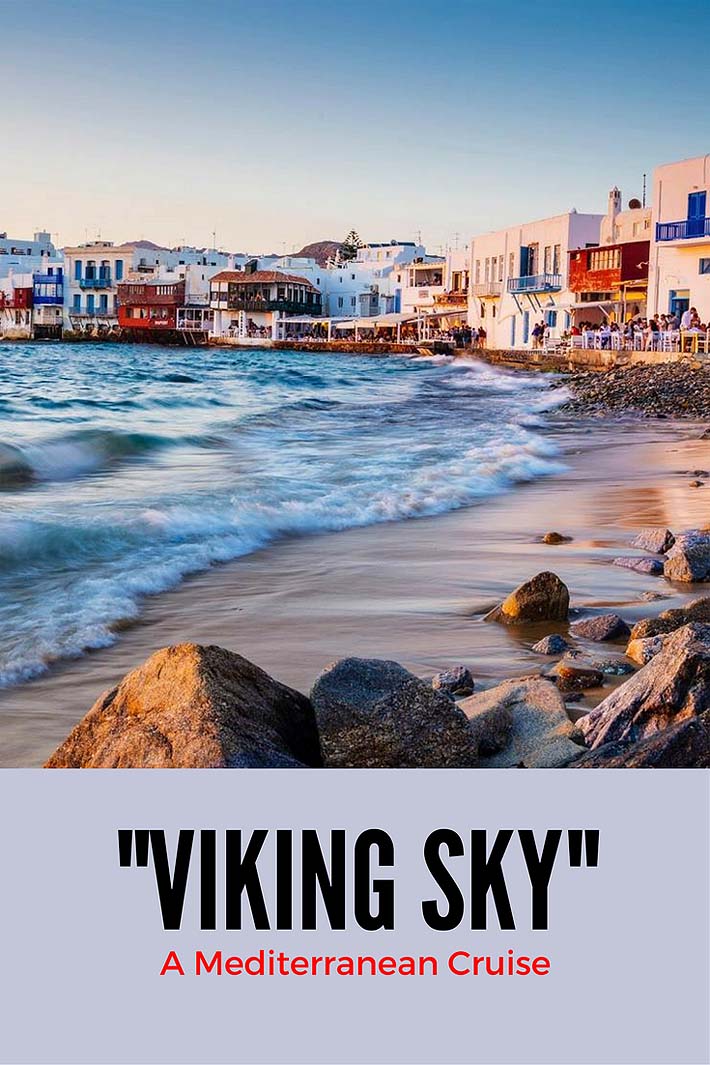