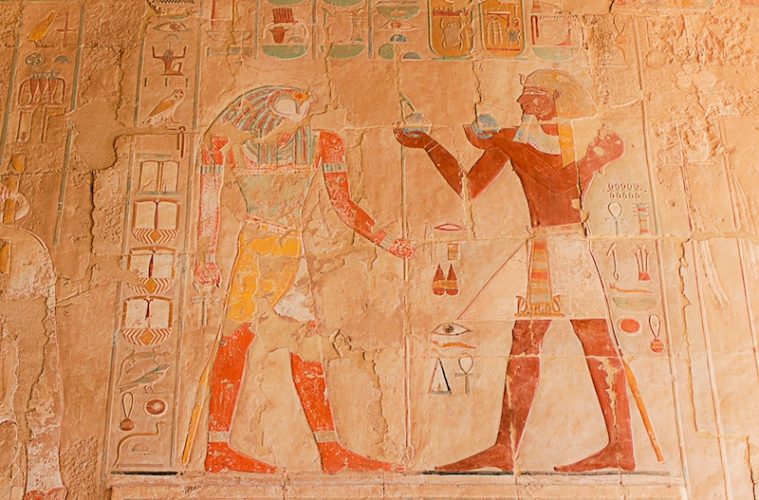 Why is it a great time to visit Luxor? Read on…

It’s a perfect time to visit Luxor, Egypt because you’ll be able to soak in 3500 years of history—without being surrounded by hordes of tourists.

If you want to see some of the world’s greatest temples, and what could be the world’s richest archaeological site, go to Luxor!

An hour’s flight up the Nile from Cairo, Luxor grew out of the ruins of Thebes, Egypt’s capital from about 1500 to 1000 B.C.

Now is a great time to visit Luxor!

Although Luxor has been one of the major attractions in the Middle East, the city is suffering badly at the moment because tourism has almost collapsed. Direct flights from many European cities have ceased and once-thriving river services to and from Aswan are virtually non-existent. Most of the 300 or so riverboats that took tourists along the Nile in relative luxury are now tied to its banks, many rotting away.

This means it is a very good time to visit Luxor: Hotels have cut prices, tour guides are readily available, crowds are nowhere to be seen, and everyone is going out of their way to be friendly, helpful, and courteous. Safety is on everyone’s minds and I must say my wife and I (two middle-aged Western tourists) felt completely at ease everywhere we went. 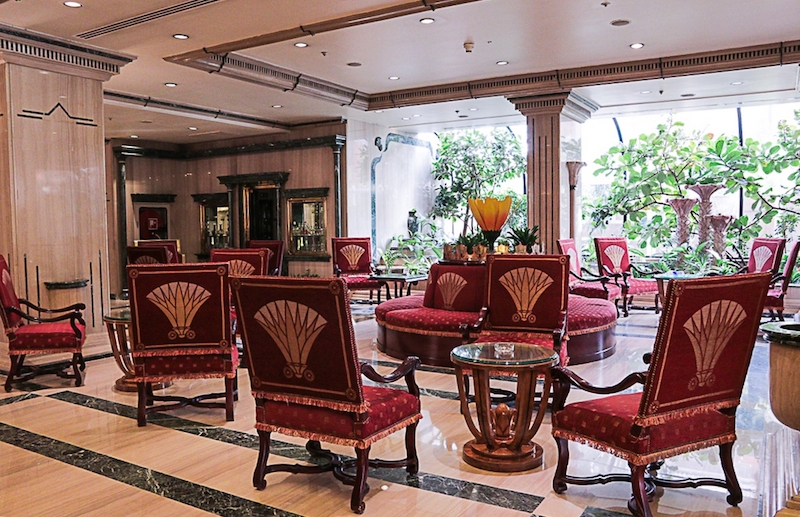 After dreaming about it for decades, we had gone to Luxor to see two massive temples – the Temple of Amun at Karnak and the Temple of Luxor – as well as the alluringly-named Valley of the Kings. Each of these attractions met our expectations, and we then discovered there was much more to see and do for those with time.

The Temple of Amun (Karnak Temple)

This complex of three temples built over a 2000-year period is probably the biggest temple on earth.

Our expectations were high and as we wandered the site, we became more and more impressed.

The stillness of the whole place with its stone columns soaring against the brilliant blue sky was breathtaking.

The surfaces of the grand courtyards are all covered with fine carvings. The scale and detail is staggering. I thought of the vision, the work, and the investment that went into this huge structure and then was told that all this could not even be seen at the time by the public; it was only for priests, royals, and the gods.

A millennia later, the public entered. We saw marks on the columns where Roman soldiers sharpened their swords, and early Christian images of Mary and Jesus carved on the ancient pillars like graffiti. 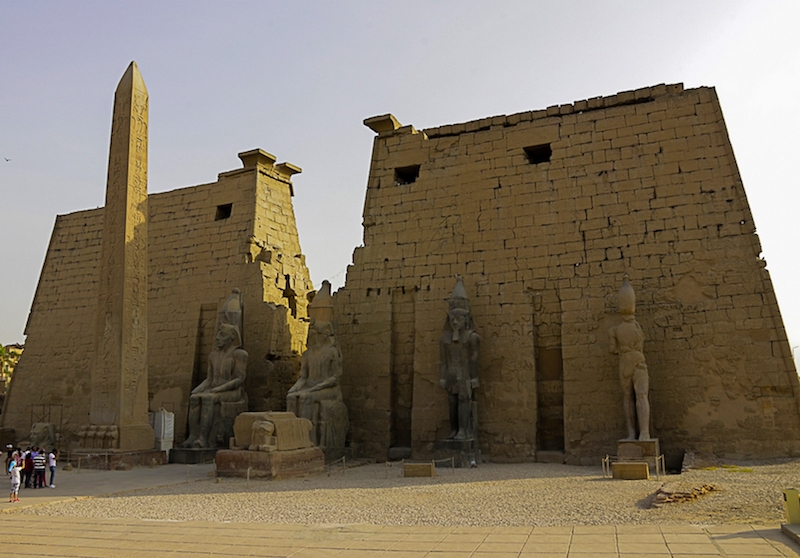 Entrance to the Luxor Temple

The Luxor Temple is all about the great warrior pharaoh, Ramses II, even though it was started 100 years or more before his reign (around 1380BC). Two 25-meter pink granite obelisks built by Ramses once stood before the entrance gateway but today only one remains; the other is at the center of the Place De La Concorde in Paris.

The Luxor Temple has been in almost continuous use as a place of worship.

During the Christian era, the temple’s hypostyle hall was used as a Christian church. Then for many centuries the temple was buried and a mosque was eventually built over it. This mosque was carefully preserved when the temple was uncovered and forms an integral part of the site today.

Originally, an avenue lined with sphinxes ran the entire three kilometers between the Luxor and Karnak Temples. This avenue is currently under excavation and reconstruction, and you see a short completed section near Luxor Temple.

The Valley of the Kings 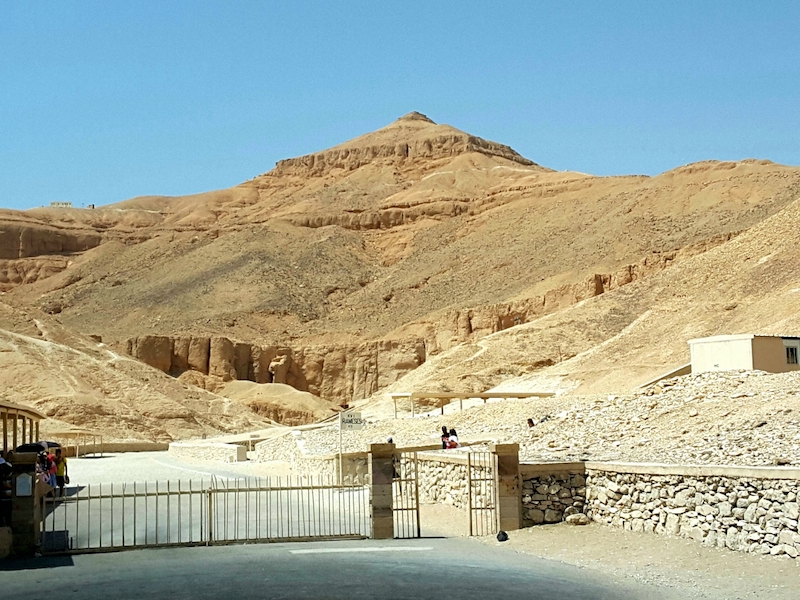 Entrance to the Valley of the Kings

In about 1600 B.C. there was a big change in the style of royal tombs. Until then, kings were buried in pyramids, but these were consistently being robbed, which meant kings were waking up in the afterlife without their precious earthly possessions. So, rather than mark their tombs with big pyramids, the kings started hiding their tombs underground in the valleys on the west side of the Nile.

Each buried king was provided with all the necessary things that would provide a comfortable existence in the afterlife, however, most of this has been looted over the centuries so most tombs were empty when they were rediscovered in modern times. After all these centuries, the condition of the 63 tombs that have been discovered and the details on their walls, however, is incredible. Most are decorated with scenes from Egyptian mythology.

The majority of the tombs are not open to the public. The entry ticket to the Valley allows you to visit three tombs out of several that are open but some require additional payment. The cost is reasonable, and the visitor arrangements are good, however, be aware that in summer the temperature can be stifling. Photography is not allowed inside the tombs. 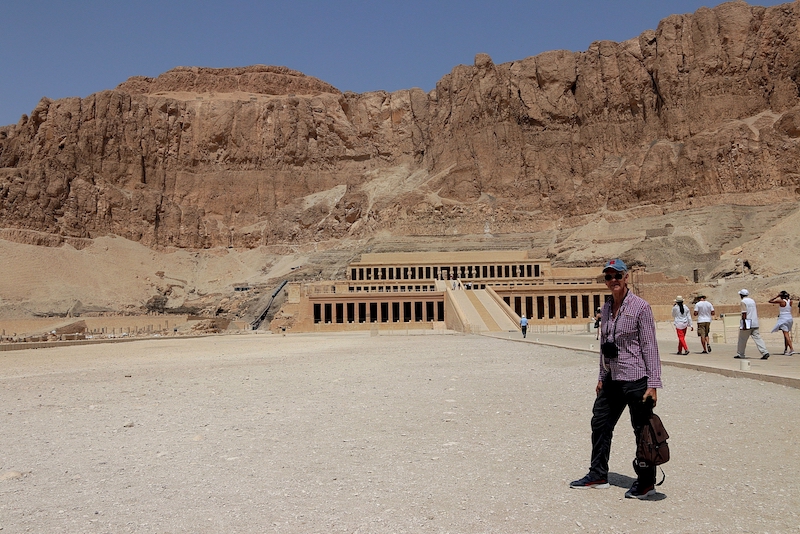 Len Rutledge at the Hatshepsut Temple

The Hatshepsut Temple is, perhaps, the most spectacular structure on the West Bank of the Nile.

The mortuary temple was only discovered about 150 years ago and some on-going restoration work is still under way. The temple rises out of the desert in a series of terraces that from a distance merge with the sheer limestone cliffs behind. 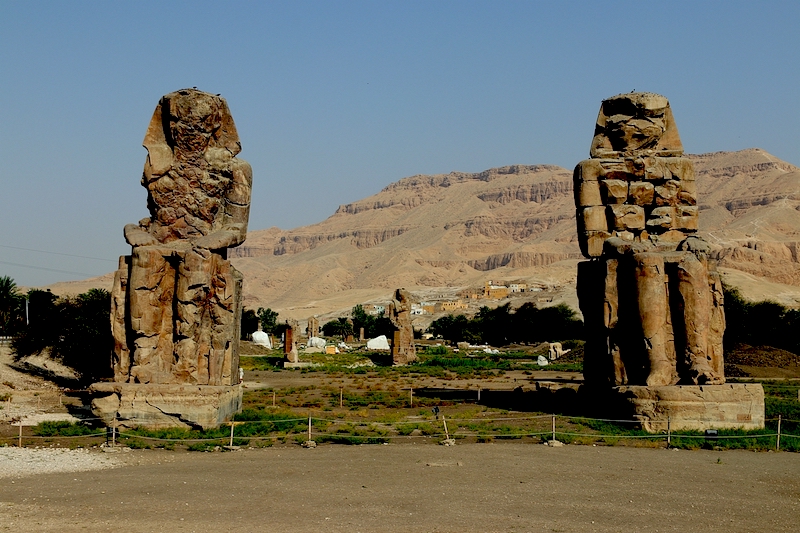 The Colossi of Memnon on the West Bank

This temple was built by Queen Hatshepsut, the first known female monarch, who ruled for about two decades. Her reign was one of the most prosperous and peaceful in Egypt’s history. Although unknown for most of history, in the past 100 years her accomplishments have achieved global recognition and her stunning mortuary temple has become one of the most visited structures on the West Bank.