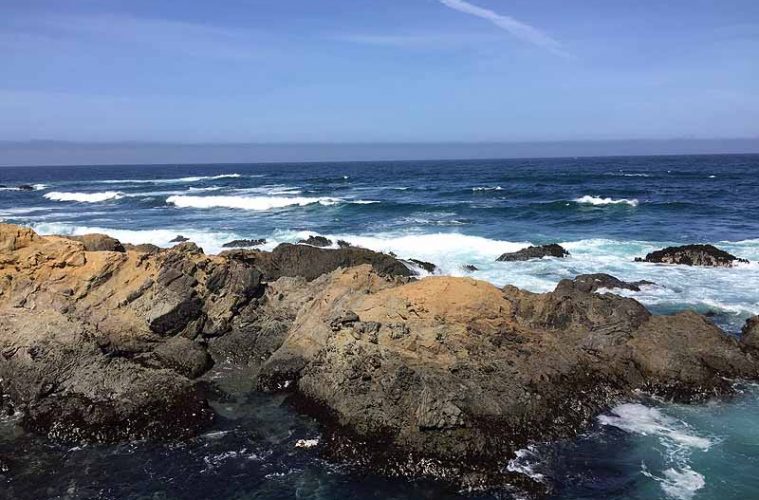 You’ll Love These Things to do in Mendocino County!

Mention a Northern California getaway, and your friends may just respond with, “Going to Napa? Sonoma?”

But there’s another destination within driving distance of San Francisco, rich in history (the gold rush, logging, ghost towns) and conveniently located on the Pacific Coast and in wine country: Mendocino County.

Things to do in Mendocino County

Charming inns, picturesque towns, plenty of vineyards, the cliffs of the Pacific and redwood trees practically guarantee stress relief for any visitor.

This is the sort of blissful place where a traveler would have to try hard to have a bad time. In fact, the first thing you might notice is that the destination is headache-free. 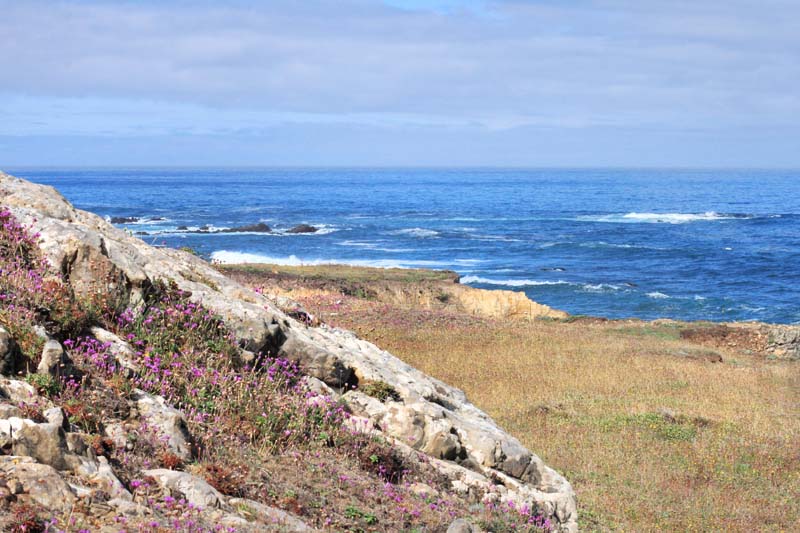 Extending from Gualala to just north of Westport, Mendocino County was home to indigenous people when ships from “New Spain” (AKA Mexico) began sailing near here in the 1500s. Around 1800, Russians started hunting in the area, and then the 1849 gold rush brought droves of people who soon discovered some very valuable timber. More creative sorts moved in after the Depression, and the area today is home to galleries and crafts stores as well as spas, golf courses and wineries.

In short, it’s an ideal place to get away to – whether you happen to live in the Golden State or elsewhere.

Relaxing while getting there

Relaxation begins on the drive from San Francisco or Sacramento (each about three-and-a-half to four hours away, depending on city traffic conditions and the driver’s motivation). From the Redwood Highway (U.S. 101), we drove through Navarro River Redwoods State Park (CA-128) and were immediately in awe of the trees.

Be prepared to pull off to the side on one of the many turnouts to allow faster moving traffic to pass. Or just park for a few minutes and walk briefly into the woods. These trees (majestically tall, wide and old) impress even if you’re not a tree-hugging sort.

A good place to stop for some adult refreshment is Lula Cellars in Philo where you can learn about dry-farmed grapes in water-starved California while tasting Pinot Noir, Zinfandel (my favorite) and more. You’ll likely be greeted by the winery dog, Honey (formally known as the ‘Head of Barketing”), and treated to a delightfully unpretentious talk about winemaking and pairings with Dan Reed. 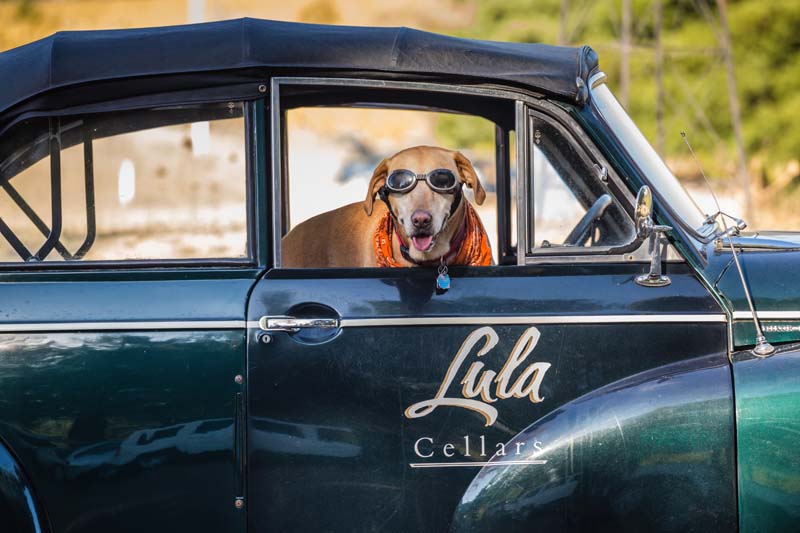 Expect great wine and a bit of irreverence from Honey, the winery dog at Lula Cellars in Philo (Credit: Brendan McGuigan) 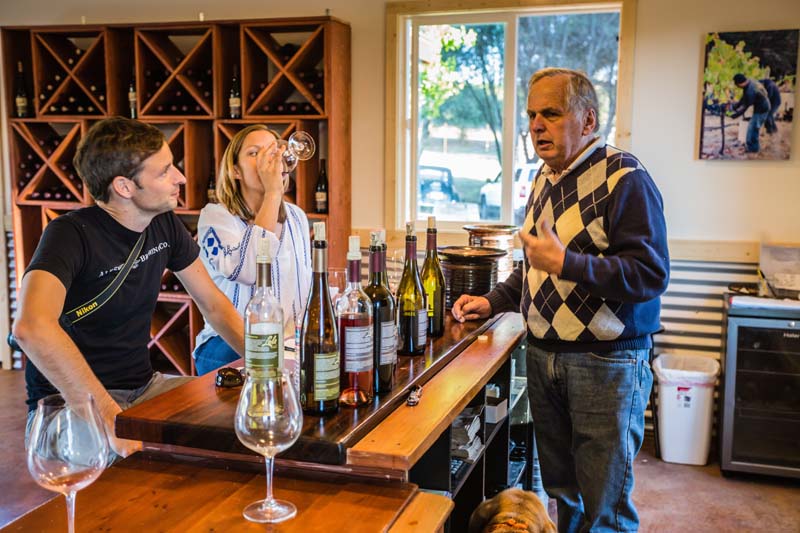 At Dan’s suggestion, we headed to the Boonville General Store for sandwiches, one of which featured “Millionaire’s Bacon,” a frequent offering in this vicinity. Cooked with maple syrup or brown sugar and cayenne pepper or Chinese five-spice powder, the bacon was much appreciated by the meat-eating traveler in my group.

Afterward, we made our way to Paysanne ice cream shop for lemon cookie ice cream. In what can be described as an “only in California” experience, our server asked the group of patrons in the shop to mind the store while she ran out for a roll of quarters. And we did!

Heading north on CA-1 toward the village of Mendocino (not to be confused with the county of Mendocino in which it is situated), stop to dip your toes into the Pacific at Little River Cove (near the entrance to Van Damme State Park).

In the historic village, pastel-hued houses and buildings compete with the ocean for attention.

(Fans of the TV show Murder, She Wrote might take their own Jessica Fletcher walking tour; Mendocino was used as a location for that program.)

Stop in at the Ford House Museum to learn more about Mendocino’s past and get a glimpse of how the mill owners lived back in the day. Mendocino also hosts many festivals from film to music to art to wine – throughout the year. The more literal minded might want to check out the local history section of the Gallery Bookshop.

Has having so much fun made you thirsty? Head up the water tower stairs on Main Street to the patio at Flow restaurant for a glass of wine and some ceviche, or swing by the Mendocino Hotel (originally built in 1878) where you will feel like you’re dining in the Old West.

Heading to Fort Bragg, make time to tour the Mendocino Coast Botanical Gardens. Don’t be put off by its somewhat nondescript entrance.

The rhododendrons and other plants here are delightful, but the big star of this place is the ocean and the plants that manage to thrive on the cliffs leading to it.

This is a must-see destination even if “garden club” would not ever be an entry on your list of volunteer activities. 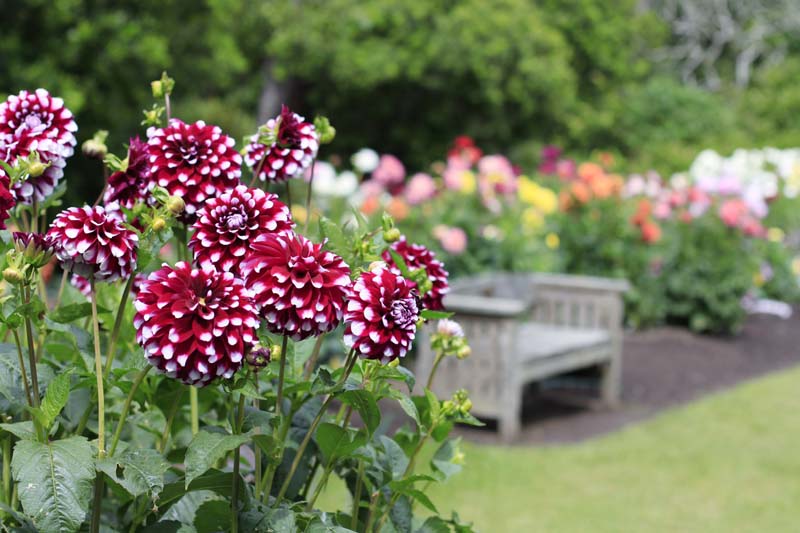 A memorial bench in the Dahlia Garden Flora at the Mendocino County Botanical Gardens, where the star attraction is the Pacific Ocean (Credit: Roxanne Golnar)

In Fort Bragg, indulge in a bit of time travel and take a ride on the Skunk Train, which runs on a logging railroad built in 1885.

Don’t worry about skunks! The train was so named because of the odor emitted by the fuel once used in self-propelled train cars and in the pot-bellied stoves on board.

Amble over to the bar car to quell any fears that you’ve been sent back in time to a fourth-grade field trip. The train ride is fun! And you get to take in a bit more Northern California scenery while learning about the history of Fort Bragg and vicinity. 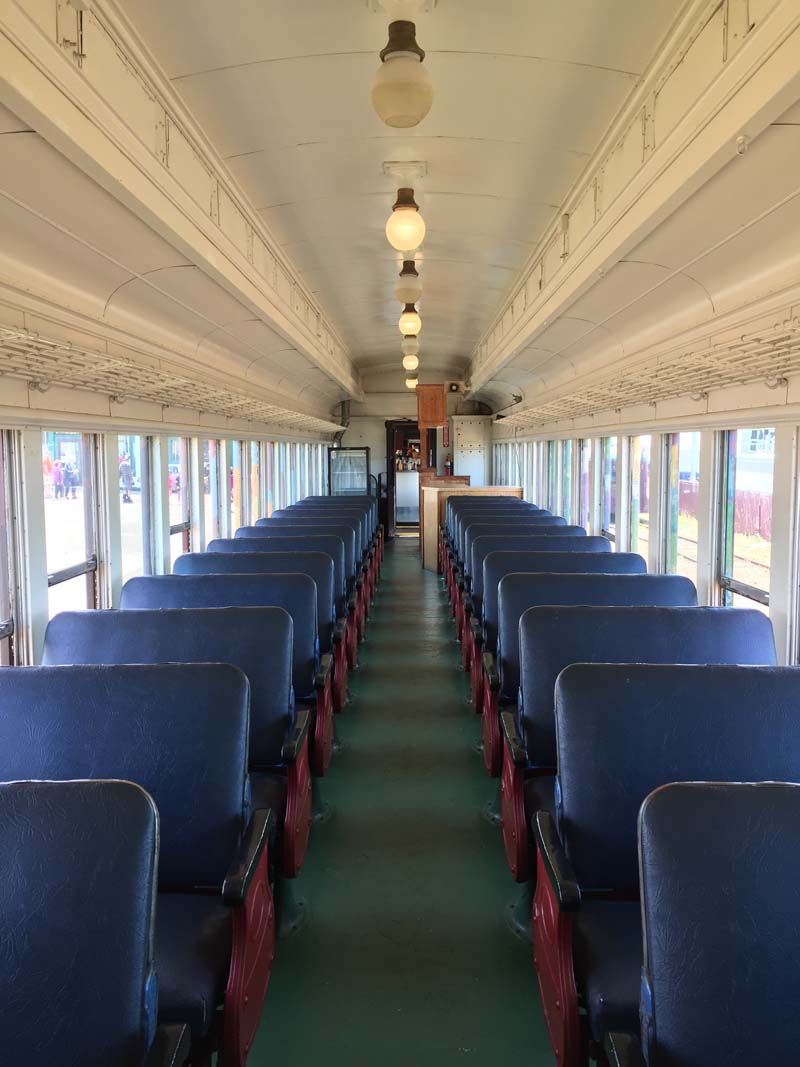 Interior of the Skunk Train: Enjoy a ride by Pudding Creek and learn a bit of Fort Bragg history (Credit: M. Ciavardini) 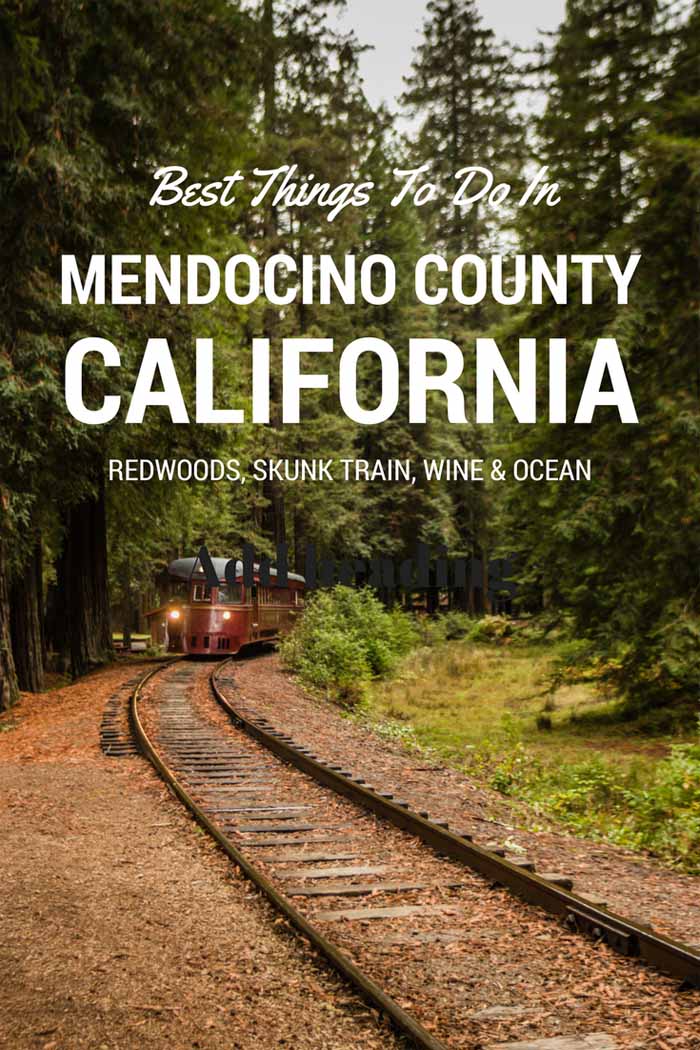