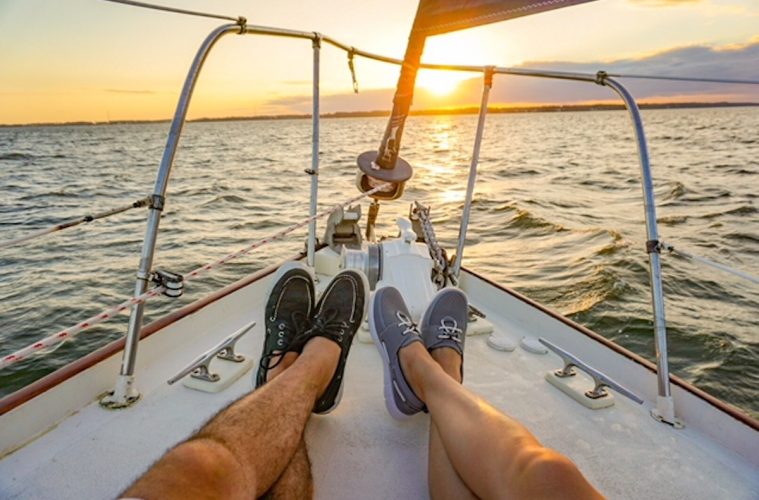 The North Carolina Outer Banks is dear to us since it’s where we met and married, where we built a home, and where we started our romance novel publishing business. We even renewed our wedding vows oceanfront.

Romantics at heart, we believe in promoting love. There’s no better place to embrace your amorous side than along the windswept, barrier islands of the Outer Banks, where romantic spots are plentiful. 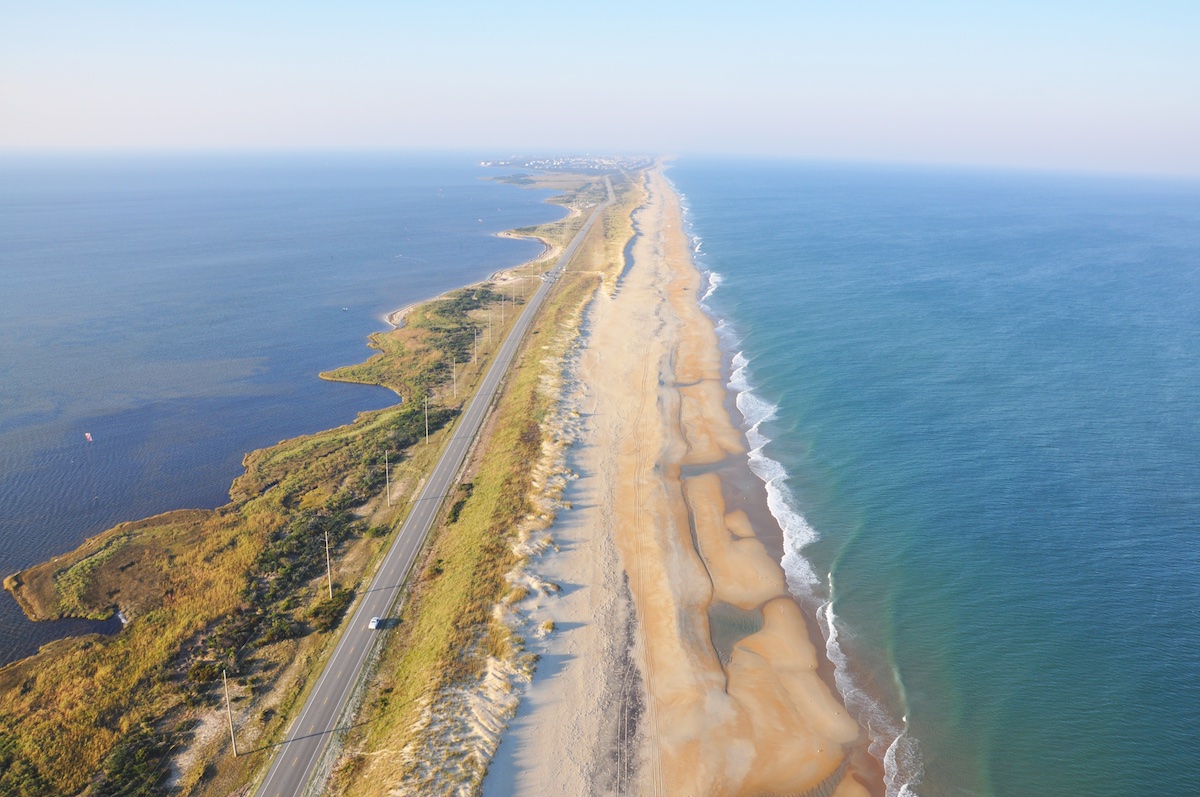 N.C. 12 is considered the gateway to the Outer Banks

Fill your days exploring beaches where you not only may swim but also enjoy the wildlife (think dolphins playing in the surf and pelicans flying overhead), visiting the lighthouses dotting the landscape, and ferrying to an island. And those are just the start of a perfect couple’s getaway. 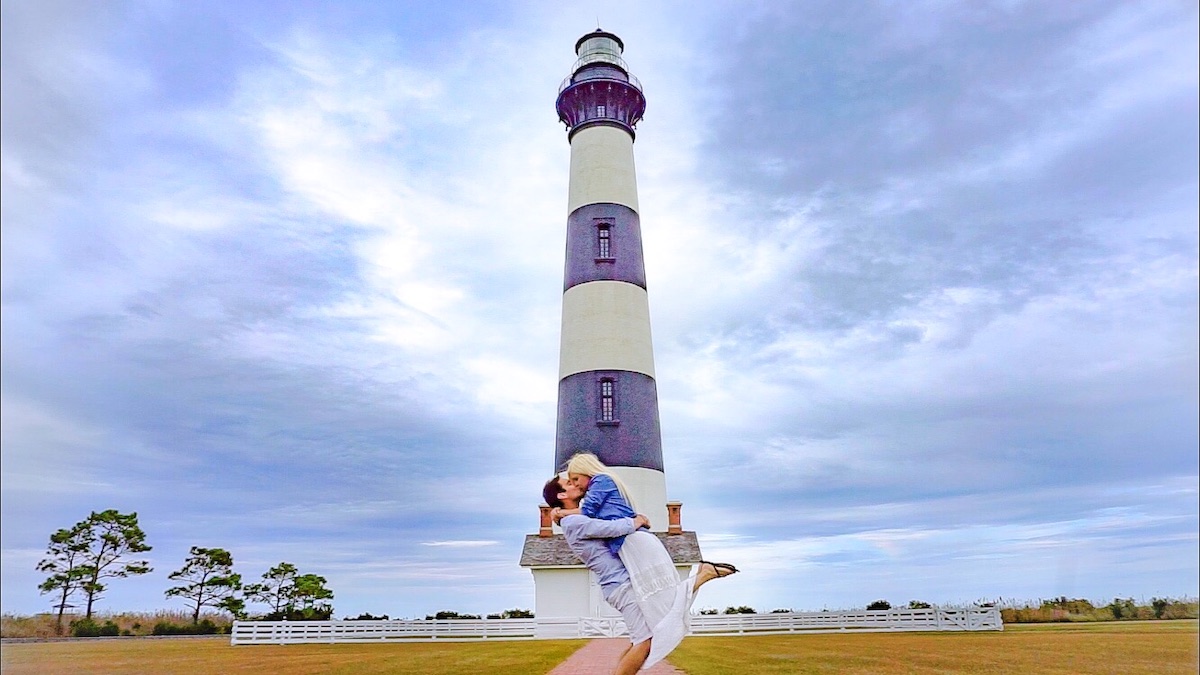 Young couple in front of one of the lighthouses 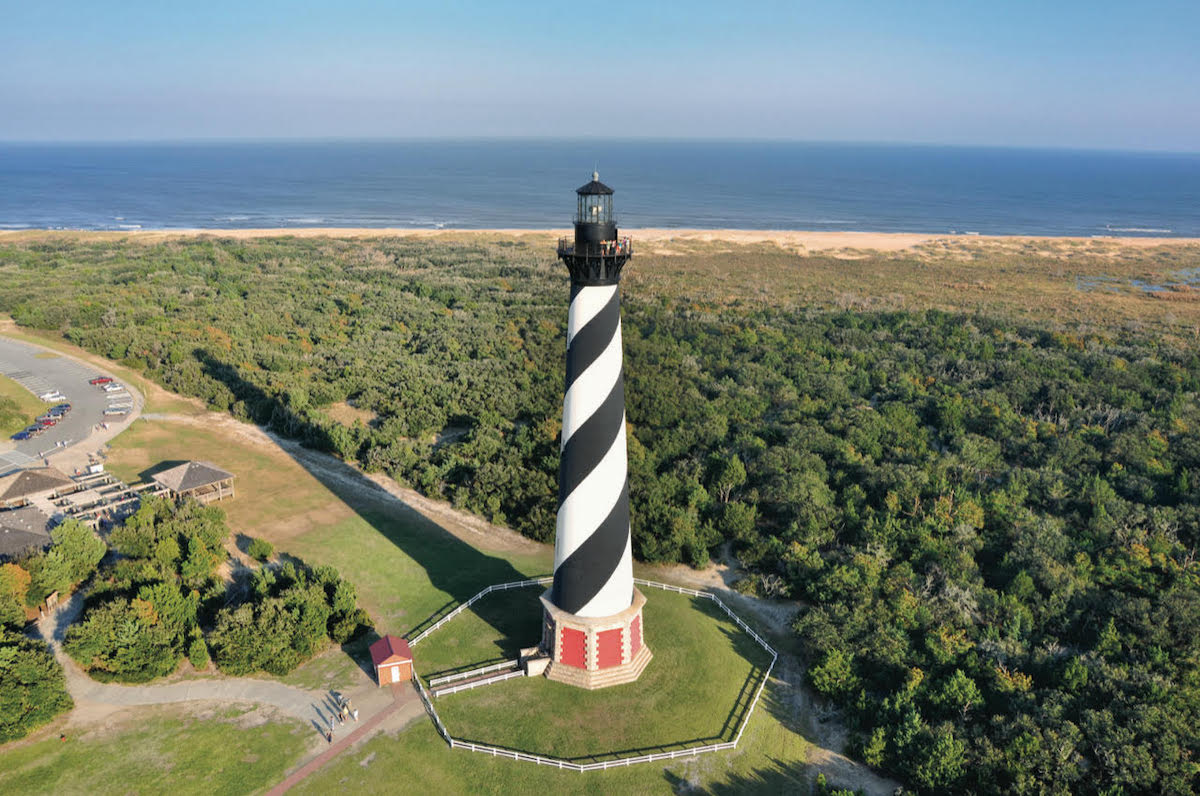 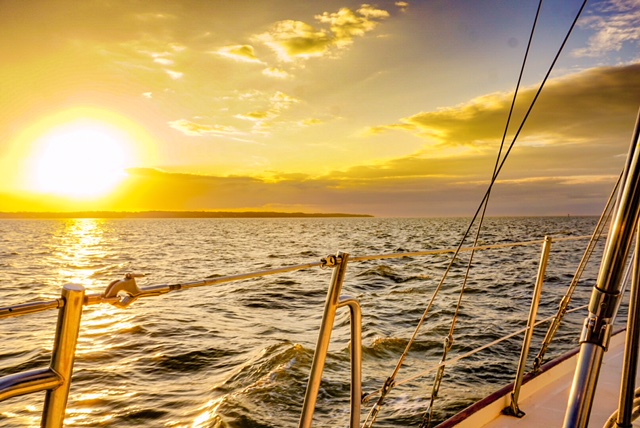 Plenty of water activities at the North Carolina Outer Banks

Outdoor activities related to the area’s 100-plus miles of beaches are abundant. These include tours to see the wild horses at Corolla or hang-gliding above the tallest active sand dune system in the eastern United States.

The abundance of nature here makes social distancing still easy at spots such as Jockey’s Ridge State Park, the Nature Conservancy at Nags Head Woods Preserve and Elizabethan Gardens in Manteo, not to mention those seemingly endless miles of beaches.

If riding horses on the sand with the wind blowing through your hair is on your dream list, you can check that off here. 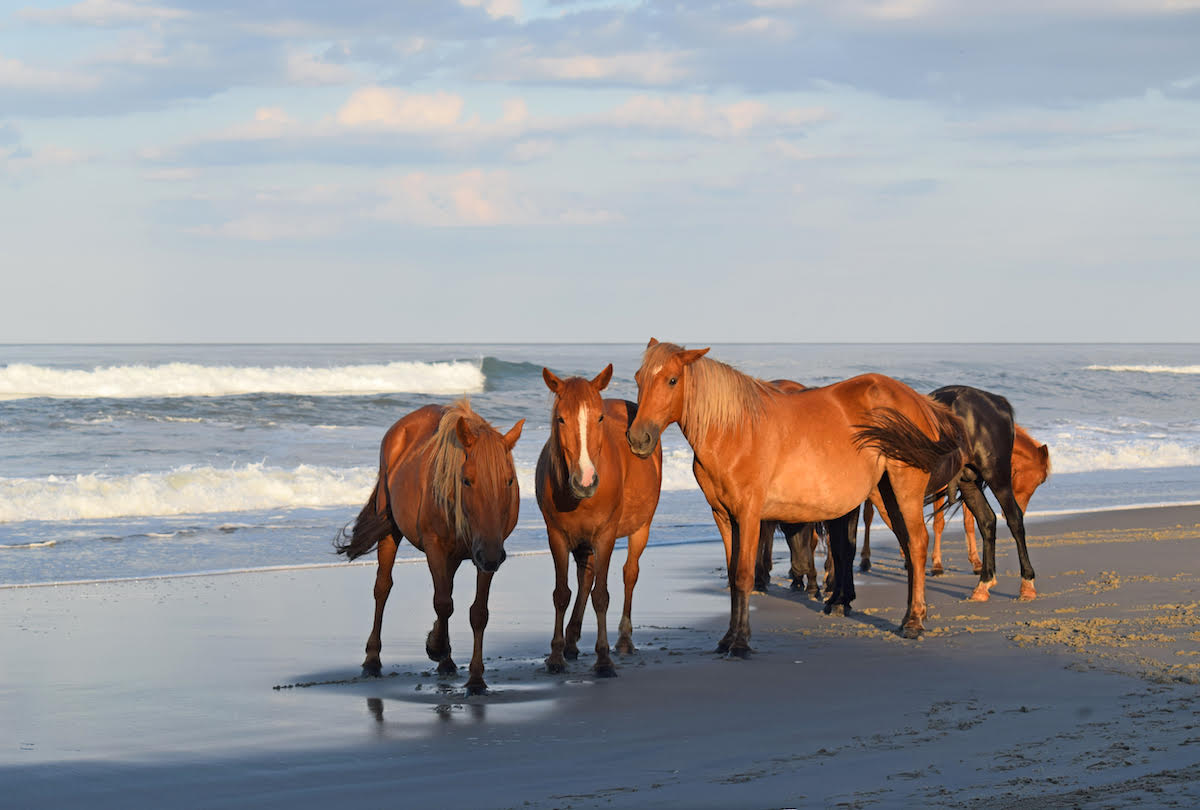 The many choices for kayaking a deux include a maritime forest excursion in Kitty Hawk and paddling the Alligator River in a national wildlife refuge. For getting away from it all, pack a picnic to enjoy on the shores of the Cape Hatteras National Seashore after you climb that lighthouse, and yes, there’s a kayak tour offered at Hatteras, too. 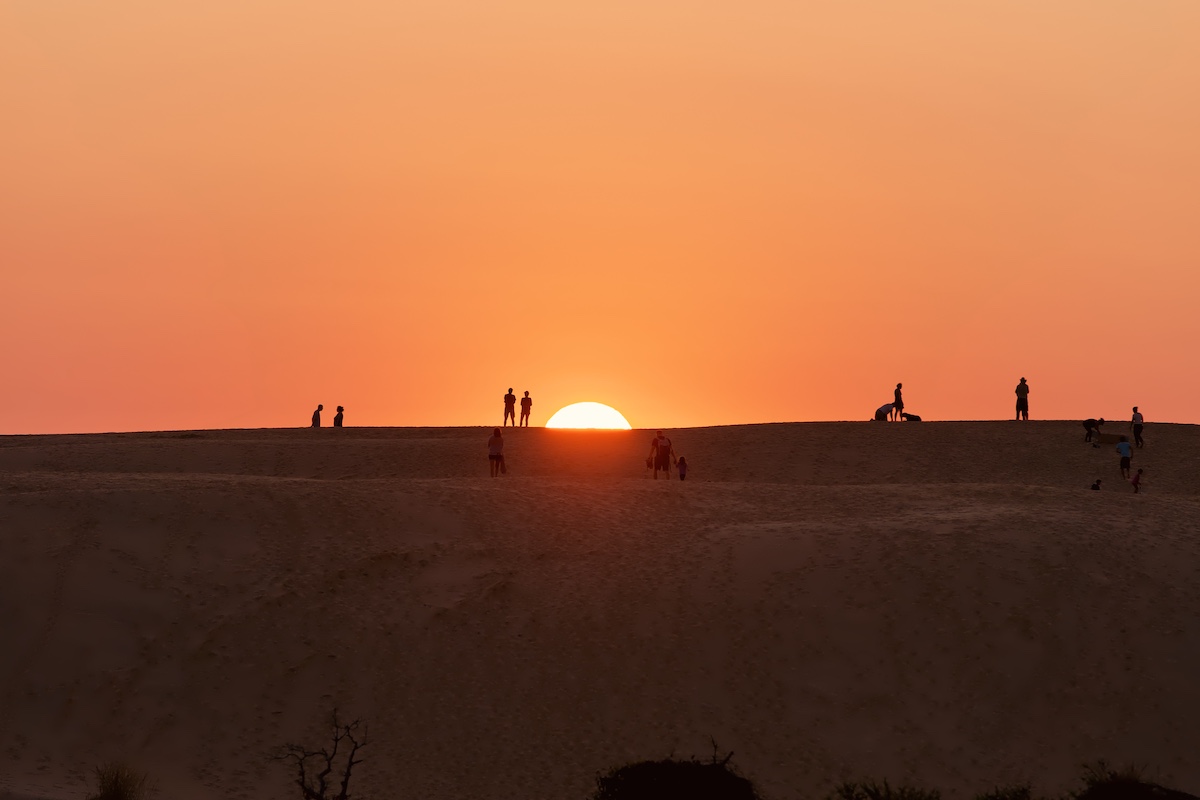 Other ideas for getting you both out on the water are dolphin- and whale-watching tours, privately chartered sailboats to cruise the waters of the sound and deep-sea fishing from either Pirate’s Cove on the causeway between Nags Head and Manteo or from the well-known Oregon Inlet Fishing Center.

Back on terra firma, you may opt for a tour and local rum tasting in Manteo at the popular Outer Banks Distilling. Or take an unusual wine tour by boat that starts from Duck and ends at Sanctuary Vineyard.

For history lovers, The Lost Colony outdoor drama on Roanoke Island (see note below) tells the dramatic story of the ill-fated first English settlement in North America. The colonists’ disappearance remains a mystery.

For national park enthusiasts like us, the Wright Brothers National Memorial commemorates the first flight exactly where it occurred.

You, too, may take to the air aboard a vintage biplane or Cessna for unforgettable views of the Outer Banks. For the adrenaline junkie, there’s skydiving.

When you’re ready to kick back over a meal to discuss your day or your next stops, plentiful fresh local seafood and fresh produce stands are easily accessible.

A must is watching the sunrise over the ocean and witnessing spectacular sunsets on the soundside. 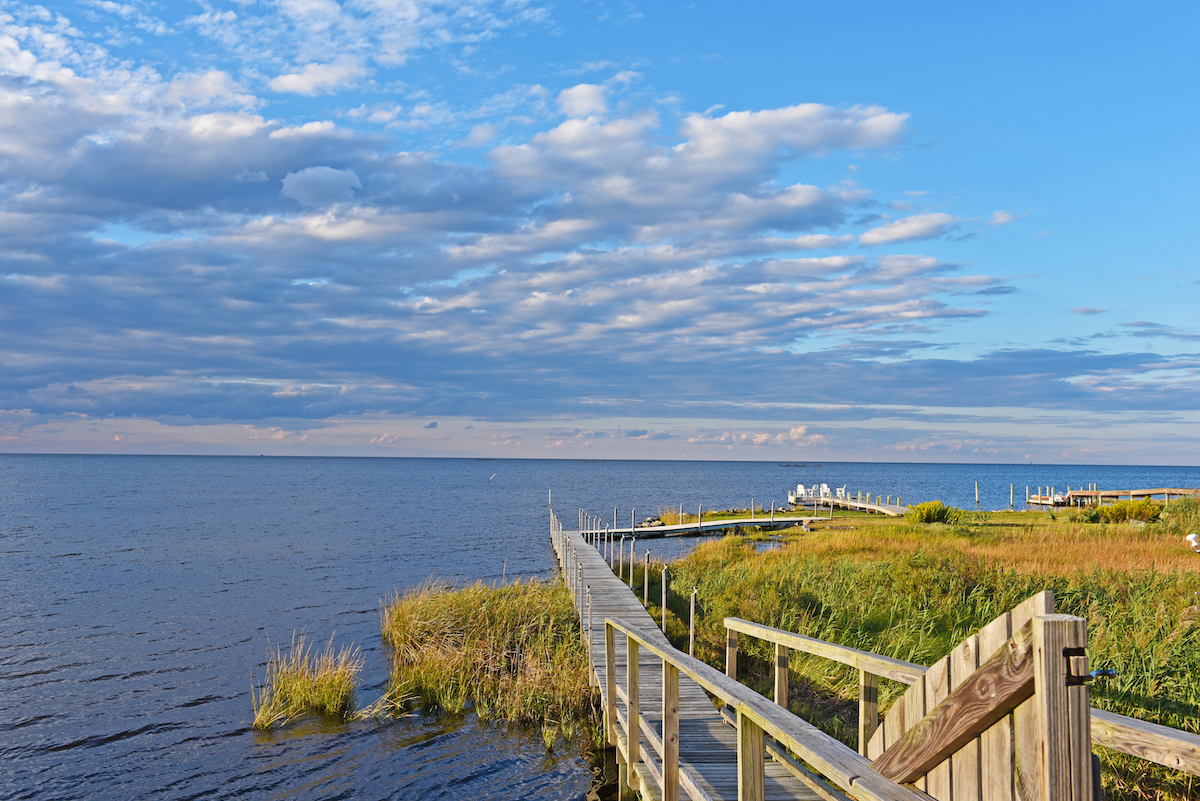 Here are a few choice spots for your OBX couples’ escape ranging from rustic to boutique:

Because it lures both romantics and families, it’s not surprising that during summer 2021, the Outer Banks of North Carolina experienced a rebound for its tourism-dependent economy, which is great news after the COVID-19 challenges of 2020.

Disclosure: The authors’ visit was sponsored by the Outer Banks Tourism office.

Read more about the authors’ love for the Romantic Outer Banks

Romancing the OBX: Ideas for Memory-Making 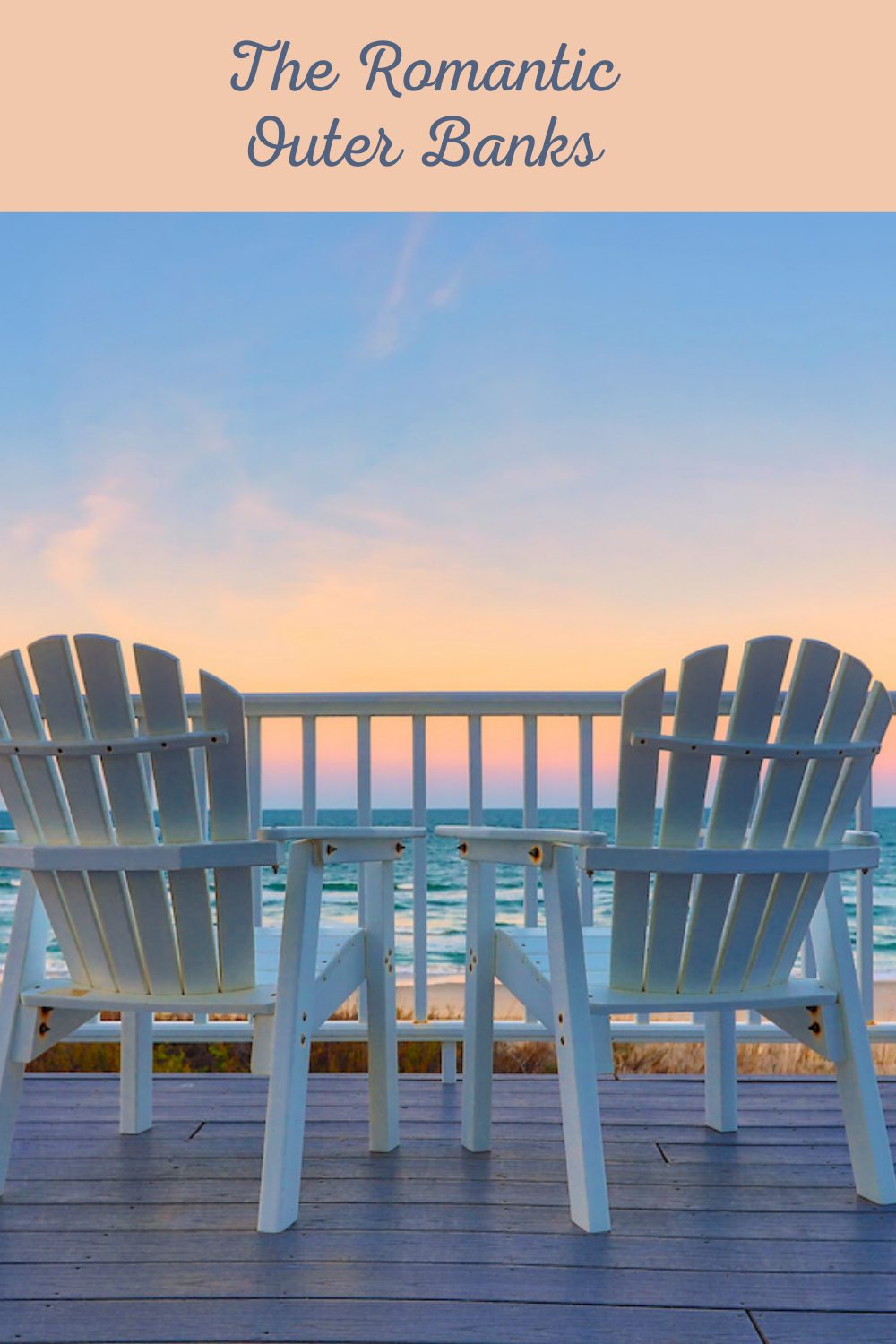