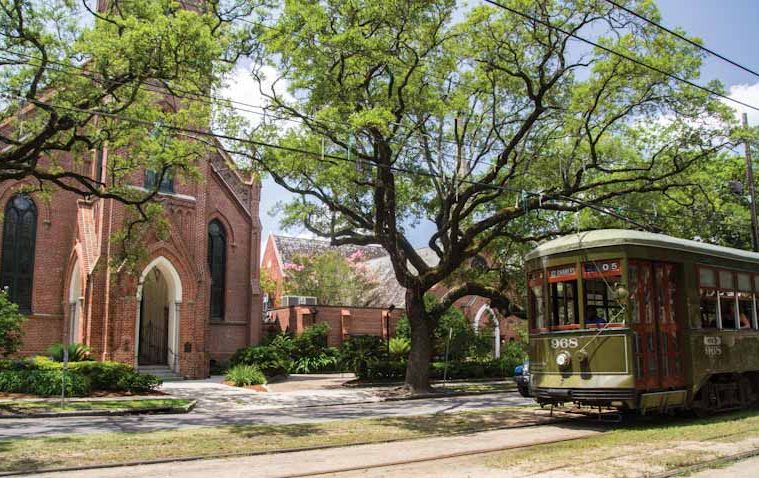 Along the grandest avenue in New Orleans, antique streetcars chug along the rails in a lullaby of humming wheels. Time slows to a snail’s pace as the St. Charles Avenue Streetcar line rolls past a gallery of historic architecture. Riders witness a virtual rolling picture show of southern mansions and majestic churches shaded by a canopy of old oaks and blooming azaleas.

It’s the oldest continuously running streetcar system in the world, each car filled with hardwood seats that can shift to face people in your group.

Locals call it “the Avenue” and the budding blooms echo the city’s sassy ways. Get on board; enjoy springtime dressings of homes and gardens with a stop or two along the way.

On your right at the intersection of St. Charles and Broadway Street, a block or two away from Tulane University and Audubon Park, is an example of decades-old azaleas. Broadway is filled with fraternity and sorority houses along with a college pub or two. 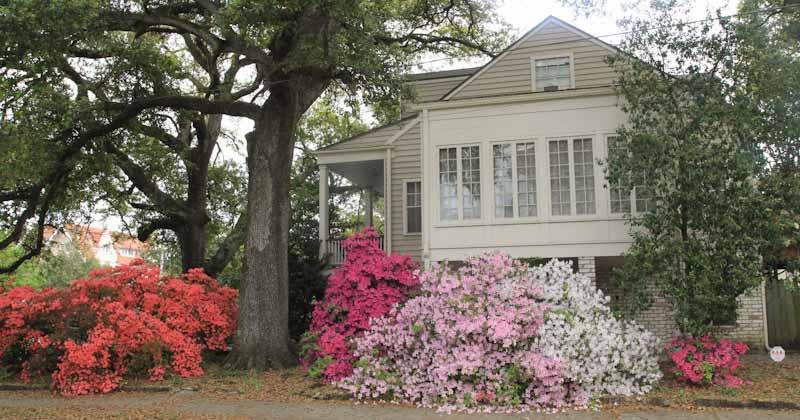 Next stop is Tulane University, Tulane’s Gibson Hall, the oldest building on the campus was built in 1894. You’re welcome to take a stroll through the campus and witness the stark contrast of soft pink blooms against the stoic grey buildings. 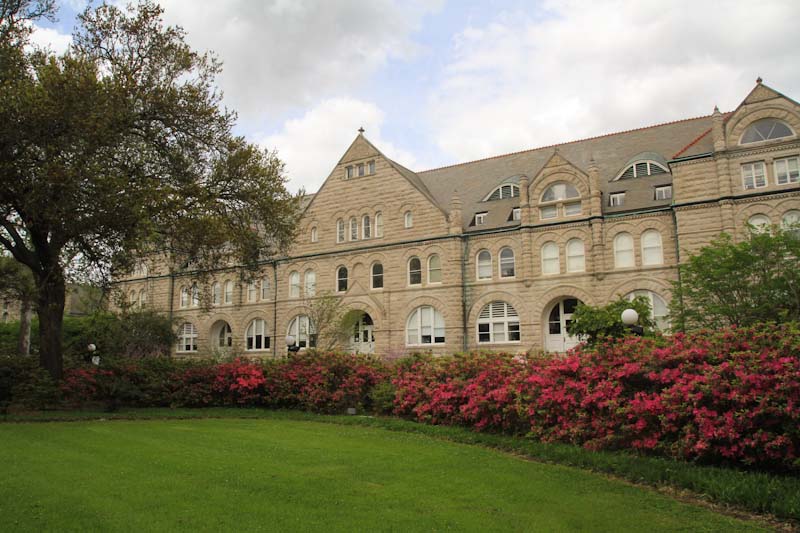 Across from the Tulane campus is the storied Audubon Park, which reaches from St. Charles Avenue to the Mississippi River. Bring a blanket and picnic lunch and dine under the century-old oaks.

Flowers beside the Audubon Zoo

Tourists are known to pull the cord at the corner of Dufossat St. for an abrupt stop to tour the Milton H. Latter Memorial Library. An active branch of the New Orleans public library system, This century-old mansion, exterior buildings and gardens fill a full city block. Built in 1907, it changed ownership through the years until 1947 when the Latter Family bought the building and donated it to the City of New Orleans as a memorial for their only son, Milton Latter, who died in WWII. The bottom floors remain the same; the formal parlors are now reading rooms, while the upper floors house the books. 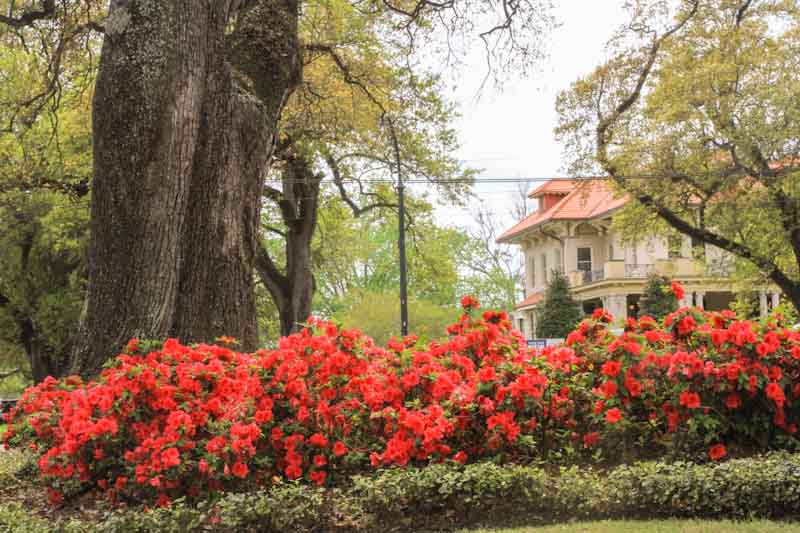 Getting a little thirsty, get off at the General Taylor stop for an afternoon cocktail at The Columns Hotel. Known for the filming of the movie, Pretty Baby, sit on the outdoor veranda or in one of the many indoor parlors.

To your left, at the St. Charles and Sixth Street stop, is Christ Church Cathedral. The first Episcopal prayer service was conducted here on November 17, 1805 in the Cabildo, which began a more than a 200-year legacy as the first non-Catholic church in New Orleans. The church on St. Charles celebrated its first mass on Easter Sunday, April 10, 1887. 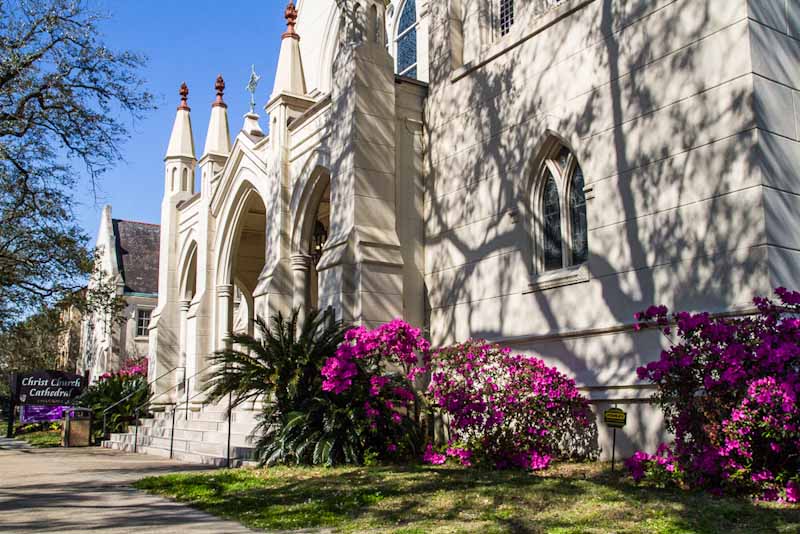 Culinary treasure along the route

Hop off at the St. Charles and Washington stop for lunch or dinner at Commander’s Palace, one of the city’s most iconic upscale restaurants. Across the street is the Lafayette Cemetery, a beautiful example of New Orleans funerary architecture. This area is rich in historic homes and a Google map will share the names and locations. 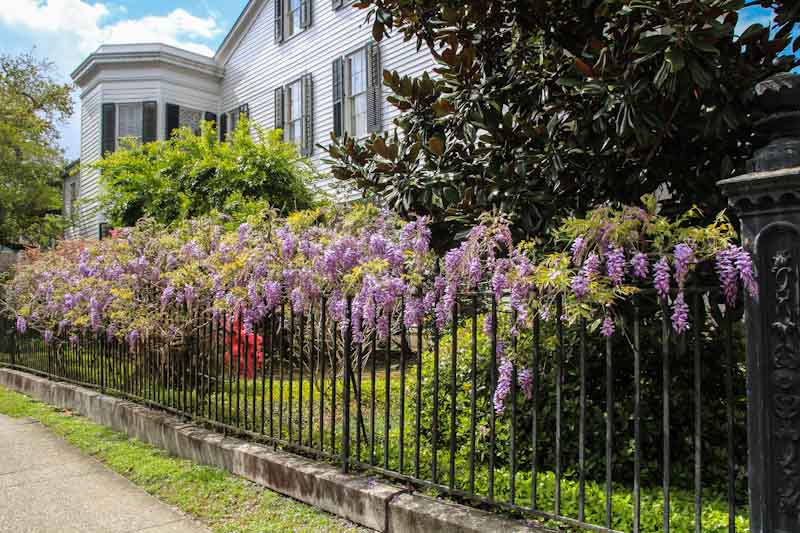 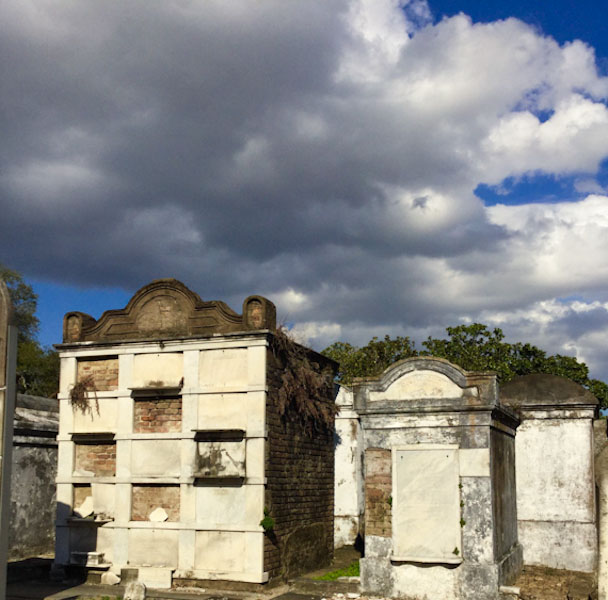 Further down the Avenue just passed the Constantinople stop, on your right is the Rayne Memorial Methodist Church. Built in 1875, a time when there were no paved streets or elaborate mansions, the streetcars were pulled by mules along the dirt, often muddy, roads.

Tapping into the beating heart of New Orleans

St. Charles Avenue is the beating heart of New Orleans.

From prom dates to college hangouts, from marriage proposals to wedding dress shopping, the Avenue has a spell on all who visit. 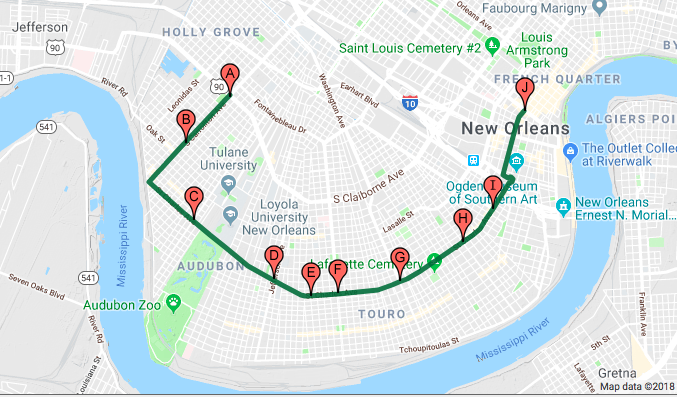