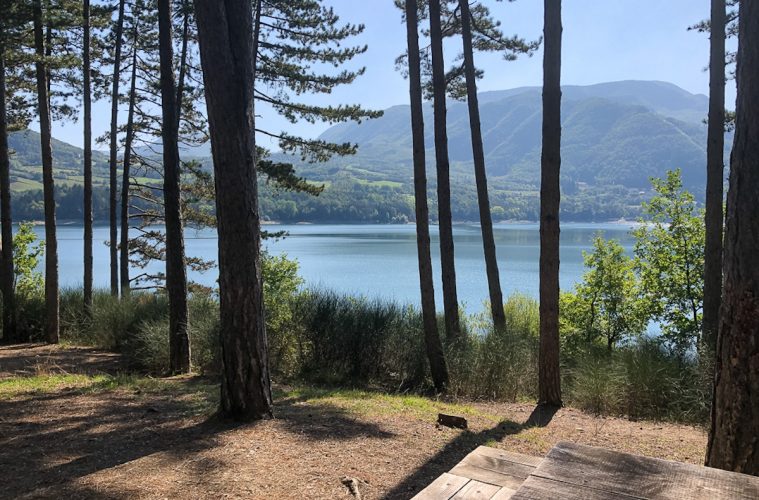 An Italian Road Trip Through the Bologna Apennines

If you’re up for a road trip to an authentic destination—one where you’ll find a mix of historic and cultural gems—consider a trip to the small towns in Italy’s Bologna Apennines.

The Apennine mountains run the length of Italy from Liguria in the north, all the way down the peninsula to Sicily. The landscapes range from craggy and mountainous to rolling green hills.

The hills near Bologna, the Bologna Apennines (also referred to as the Emilian Tuscan Apennines), straddle the Emilia Romagna and Tuscany regions. A road trip in this area offers visitors plenty of options, including the opportunity to add some of Italy’s most beloved cities to their travel itinerary at both ends.

Of course, Bologna, the capital of the Emilia Romagna region, is the perfect starting point for a visit of at least several days before heading out. On the tail end of your trip, you can drop off your car in Florence, Lucca, or even La Spezia (all in Tuscany). Another option: Hop on a train to the Cinque Terre for a memorable ending to a Bologna Apennines road trip.

Tucked away in these mountains between the hills and valleys are dozens of small towns, or borgos, many of them hundreds of years old. Each one, with a small number of residents, reflects its local history and culture.

Colorful towns like Tolé have dozens of murals painted along side streets and alleys, and Marzabotto, the site of a brutal WWII massacre, is memorialized with poignant, protest-inspired street art.

Street art in the town of Tole in the Bologna Apennines 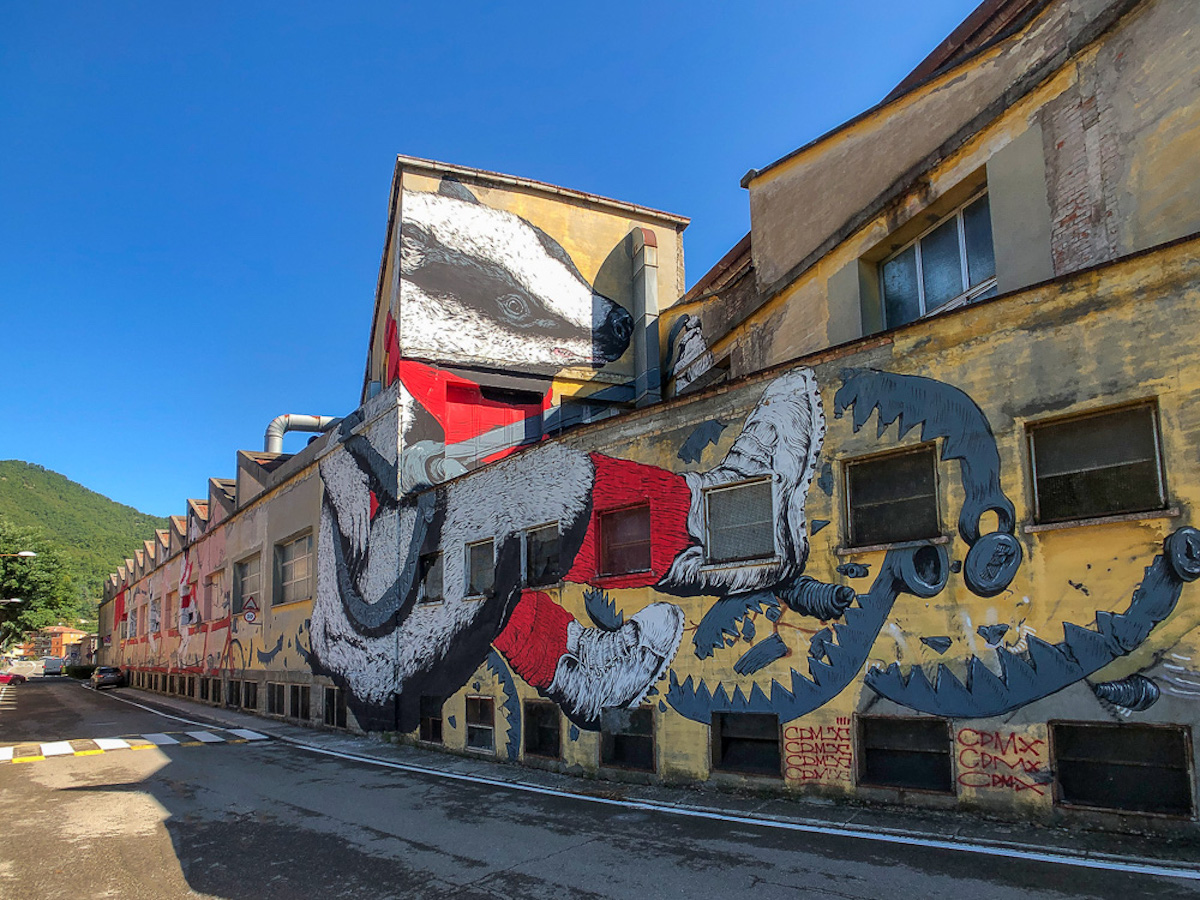 A painted building in Marzabotto

Visitors can explore some fascinating cultural gems as well, such as the unexpected architecture of Rochetta Mattei, a castle built in 1850 by the eccentric Count Cesare Mattei. It served as the home for his practice of electrohomeopathy, an alternative approach to healing. 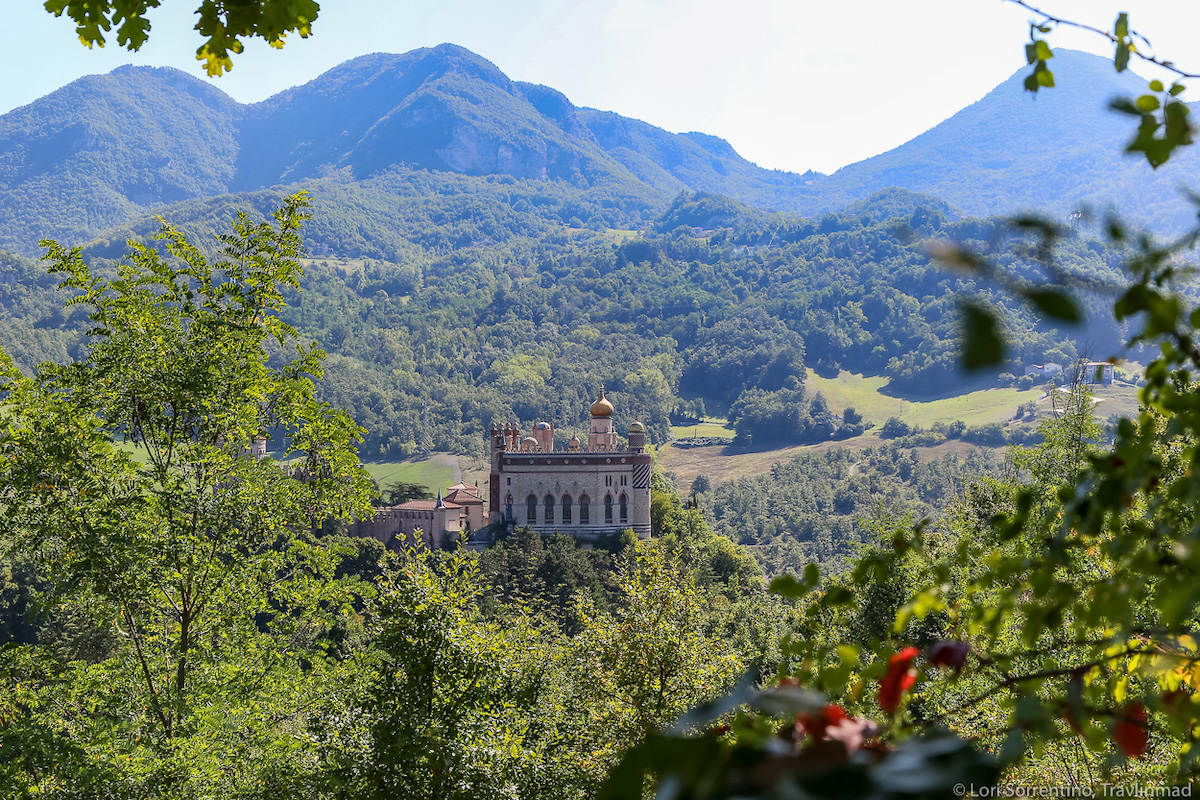 Rochetta Mattei in the Bologna Apennines 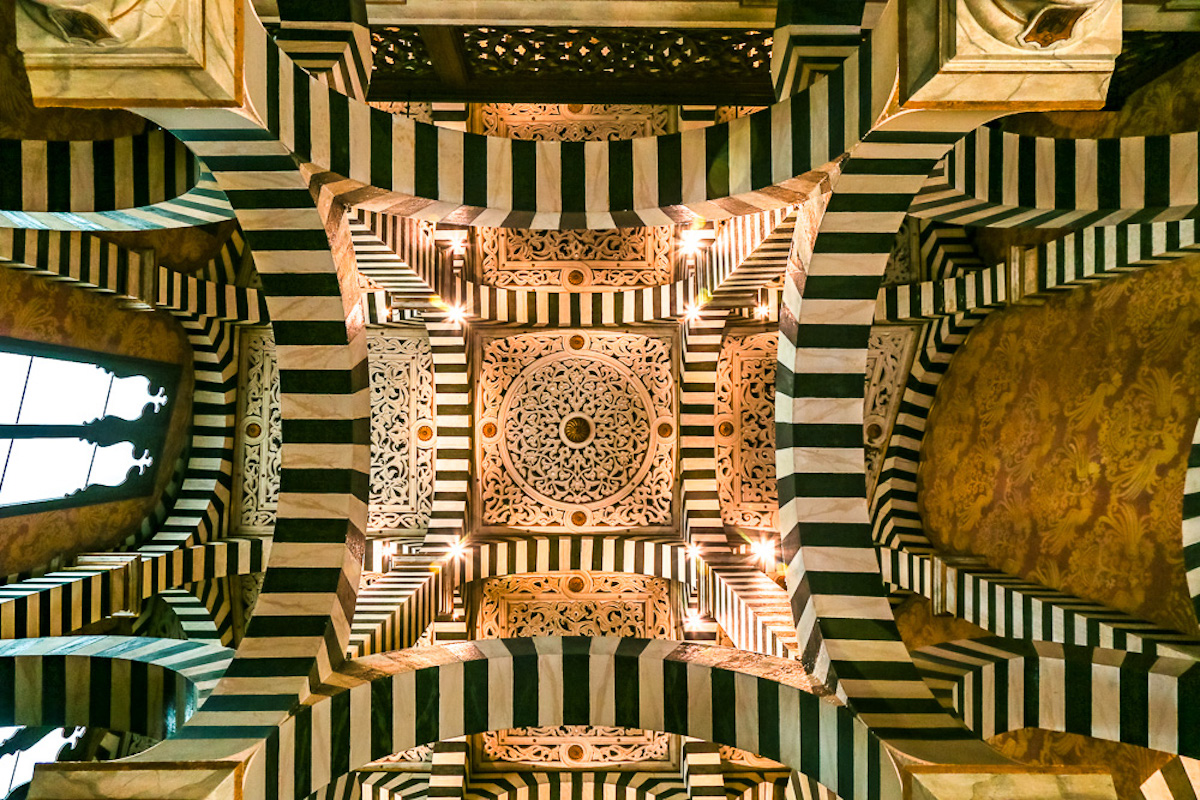 Also suggested is a stop at Rocca di Vignola, the biggest historic site in the region. It dates back to the 12th century.

Porretta Terme, a charming town known for its thermal hot springs, is home to the annual Porretta Terme Soul Festival dedicated to the memory of famed American soul and R&B artist Otis Redding. Held during the third week of July, it attracts top talent and music lovers from around the world.

In the evening, there’s the option of settling into a luxury locanda (small inn) where you can enjoy an amazing meal at the corner trattoria. 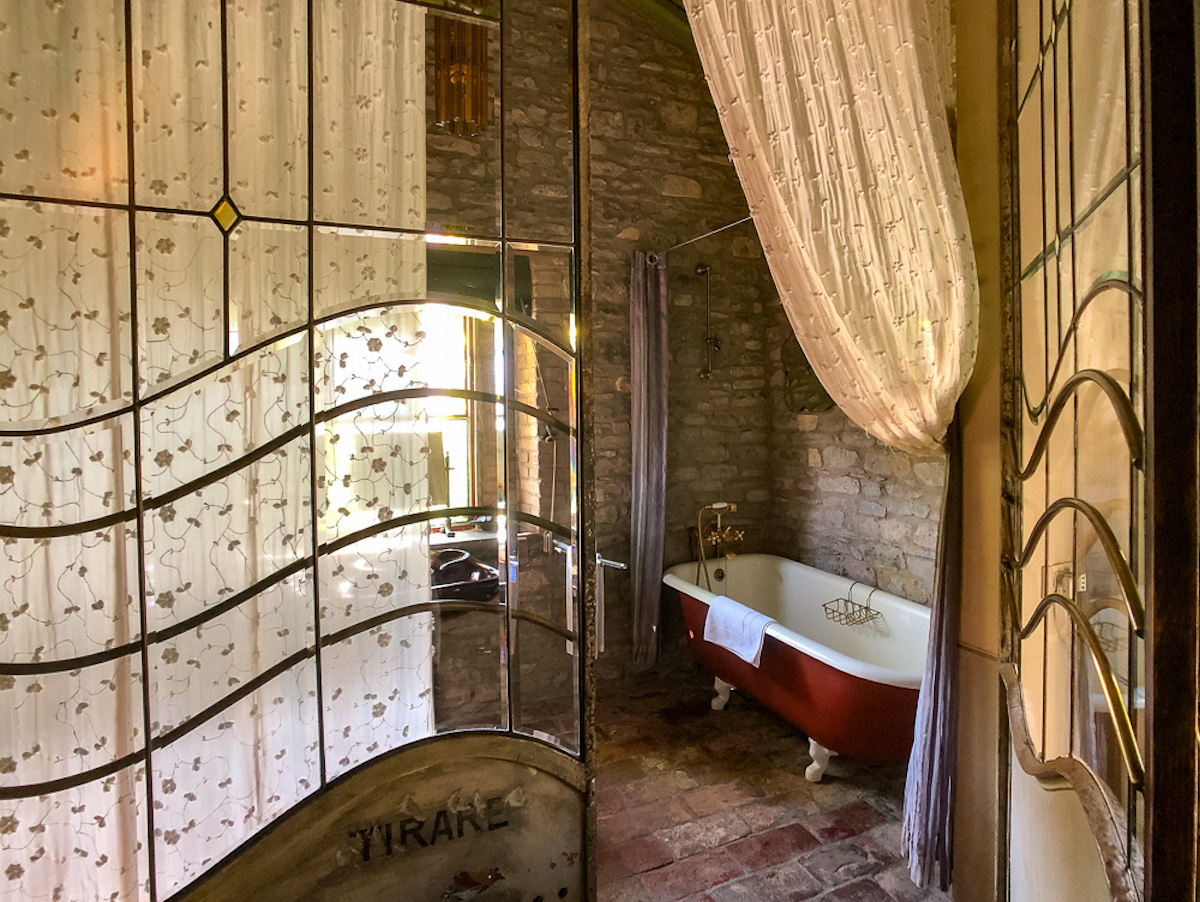 A lovely restoration in the locanda Amerigo 1934 in Savigno

You may even discover a Michelin-starred restaurant behind an unassuming facade. One of these, Trattoria Amerigo 1934 in Savigno, is especially worth a visit during truffle season. 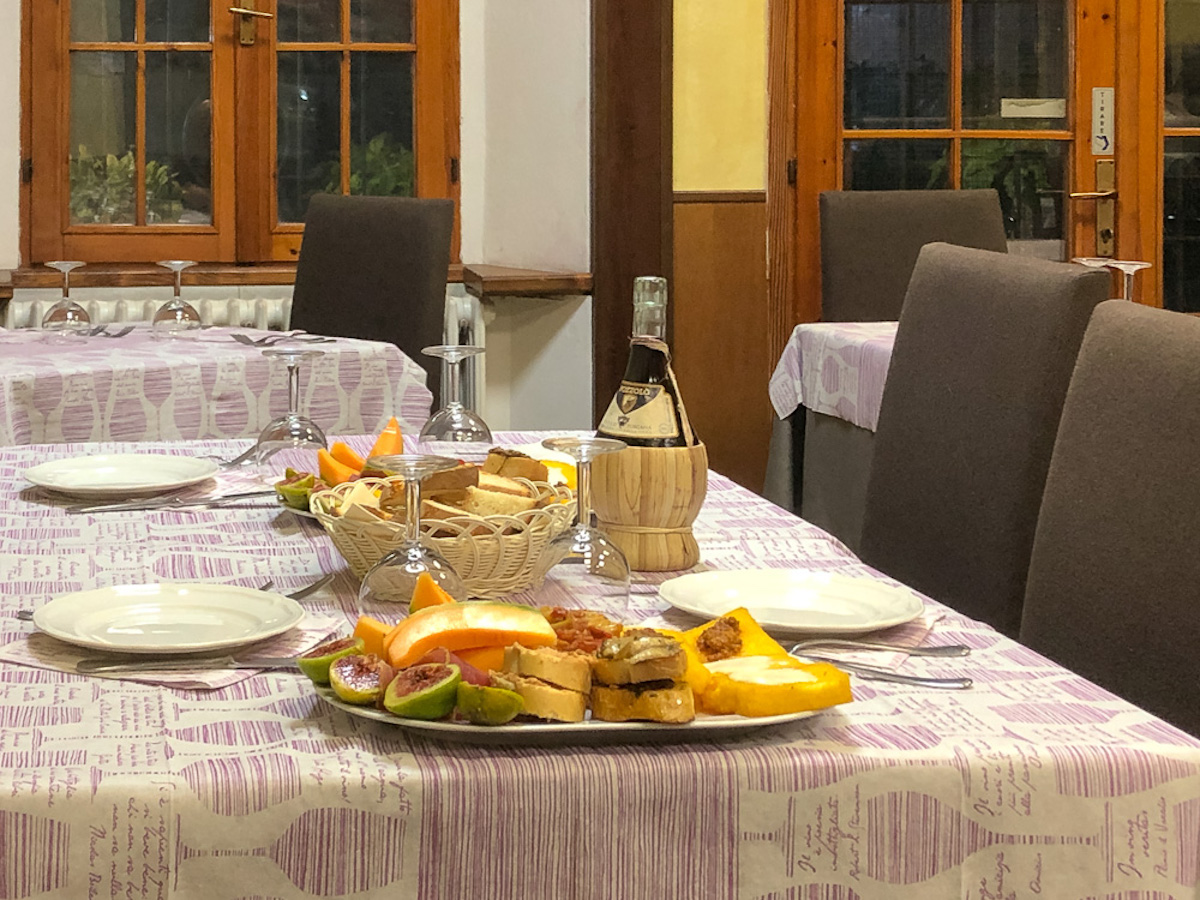 There are so many surprises for the luxury adventure traveler in the Bologna Apennines—if you are adventurous enough to drive in Italy, without speaking the language, or knowing exactly where you’re going. But then again, isn’t that why we travel in the first place?

Read the full story of Lori’s trip to the Bologna Apennine Mountains on TravlinMad.com.

The Small Towns of the Bologna Apennine Mountains

Disclosure: The author’s trip was supported, in part, by Bologna Welcome, the tourist information office of the city of Bologna. 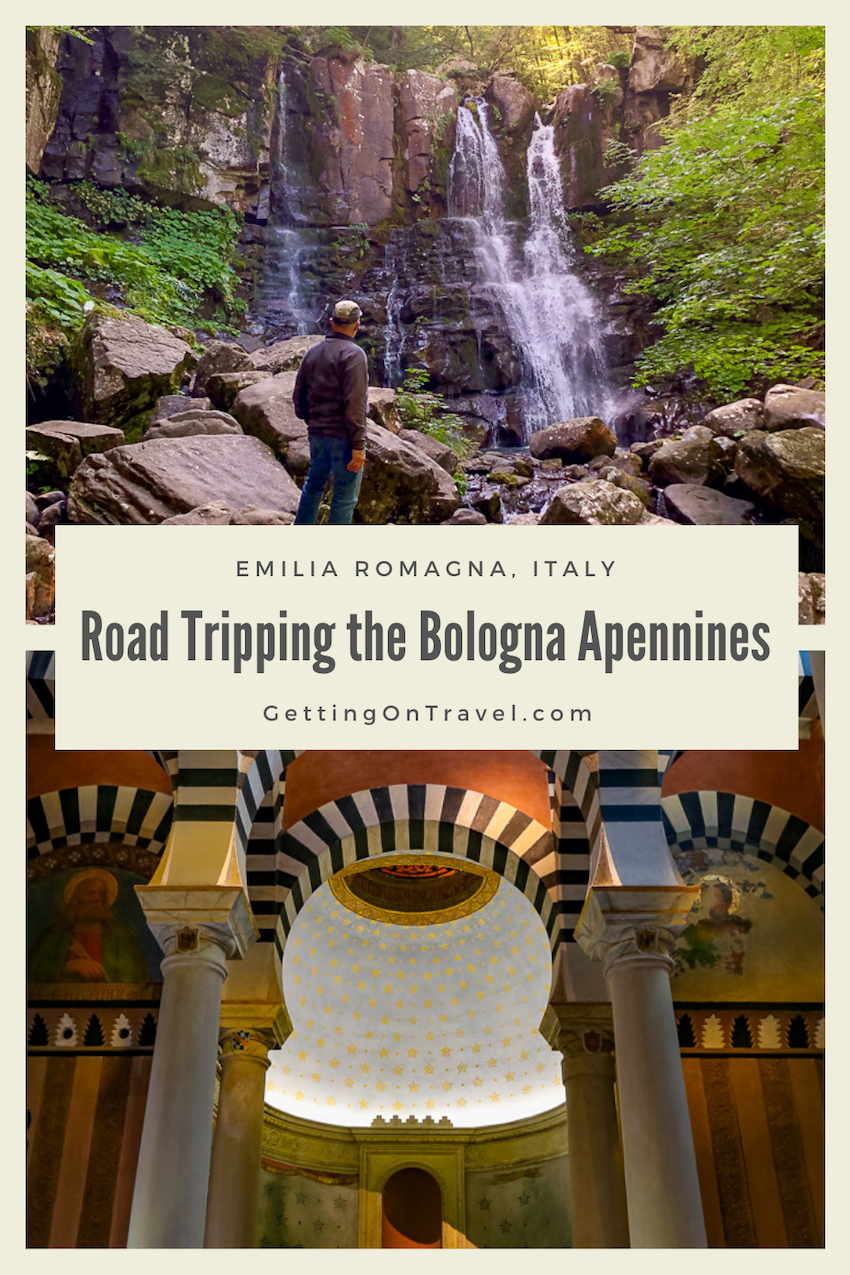