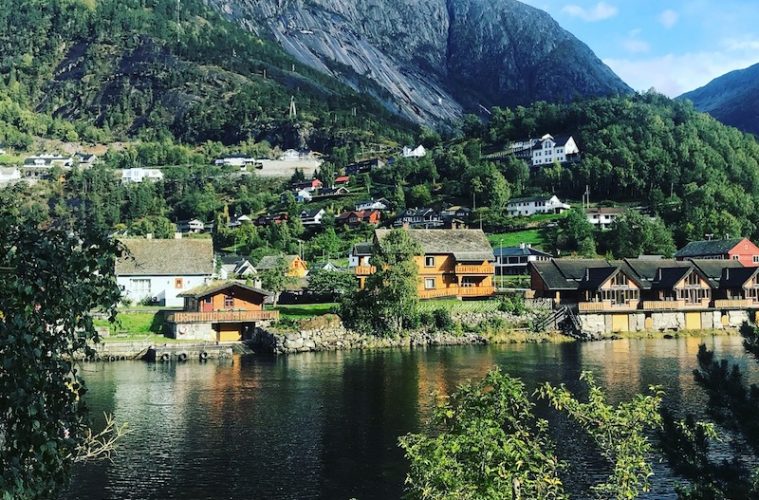 Goat on Board! Getting Down With Nature on My Scandinavian Viking Cruise

Is this how Noah’s Arc was filled?

Did land-bound animals simply sashay up to a vessel and hop on board willy-nilly? Was there some little-known Scandinavian marine law that gave resident goats the right to hop aboard passing kayaks?

These were the questions I asked myself as I steadied my kayak in the choppy waters at the edge of the Hardangerfjord in the interior of Norway – with a goat standing on the bow?

“You’ll meet all kinds of interesting passengers on your first cruise experience,” friends told me when I signed up for a Viking Homelands cruise that included stops in Scandinavia that had long been on my radar.

I just hadn’t expected fellow passengers to be four-legged. 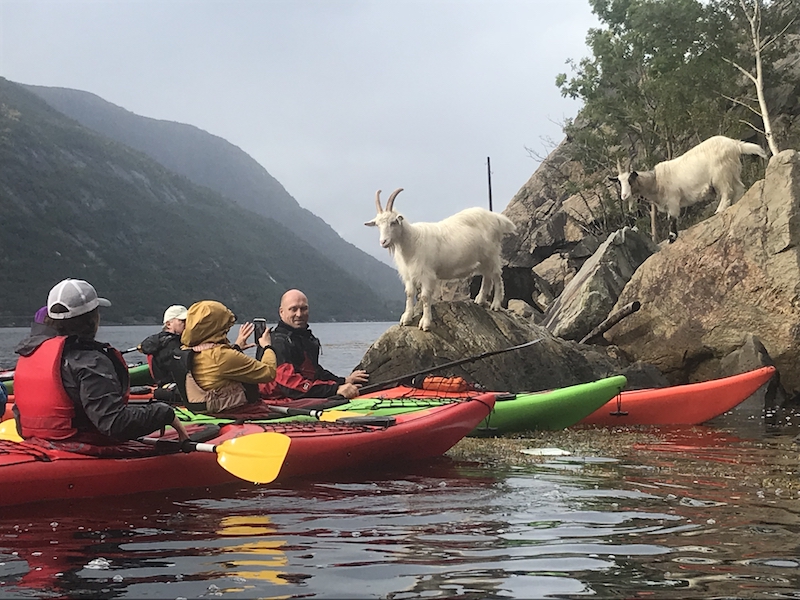 A goat approaching our kayak

Getting up close (and somewhat comfortable) with goats during a shore excursion out of Eidfjord, Norway, was just one of the memorable moments during my first Viking cruise, which I was able to customize to suit my outdoorsy tastes – thanks to Viking’s innovative approach to shore excursions.

To some, I was a cruise virgin. Although I’d previously enjoyed a river cruise down the Danube with 181 passengers, this was my first time on what I considered to be “larger ship.” That being said, the Viking Star, which accommodates 930 passengers, is categorized as a “small ship.” My only hesitation: Would I be able to get my regular nature fix during the cruise?

Turns out that getting face time with nature – while indulging in the comforts of a luxury cruise – was easier than I expected.

There’s much about the Viking Star to entice any traveller, whether the sea-faring type or not: spacious staterooms; private verandas (ideal for morning coffee); top-deck pool with retractable roof; perfectly appointed Explorers’ lounge with books, telescopes and cozy reading nooks; excellent dining options such as Manfredi’s Italian Restaurant, The Chef’s Table, The Pool Bar (excellent sushi), and the buffet-style Restaurant, which caters to every imaginable diet restriction and food sensitivity. The onboard spa options, such as the icy cold Snow Grotto, looked pretty cool, too. 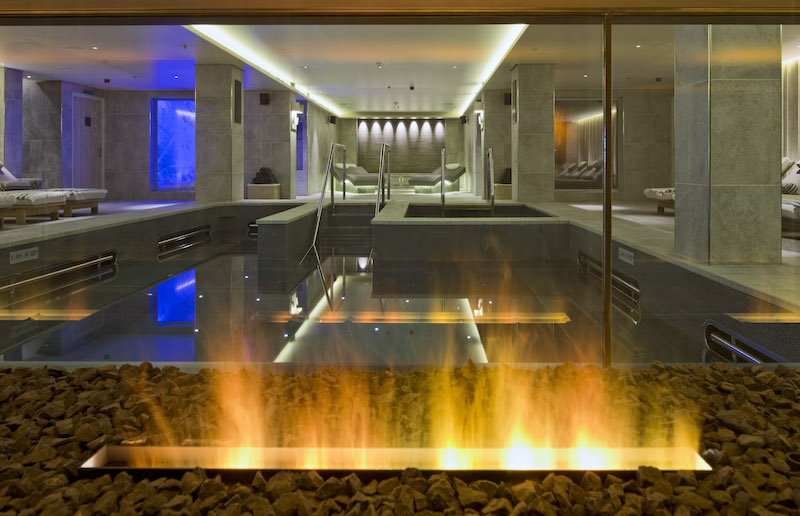 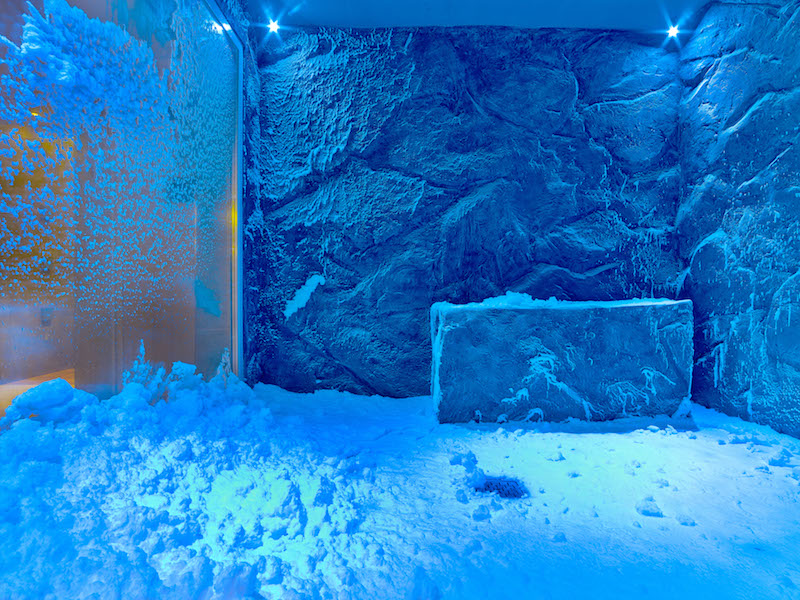 But it was the menu of Viking’s shore excursions that sealed the deal for me. I was able to choose a trio of outdoorsy outings: kayaking in a Norwegian fjord; cycling through Aalborg, Denmark, to visit a sparsely populated island known for its nature setting; and hiking 320 metres (1,050 feet) up Norway’s Mount Fløyen in Bergen.

Kayaking the Hardangerfjord in Norway 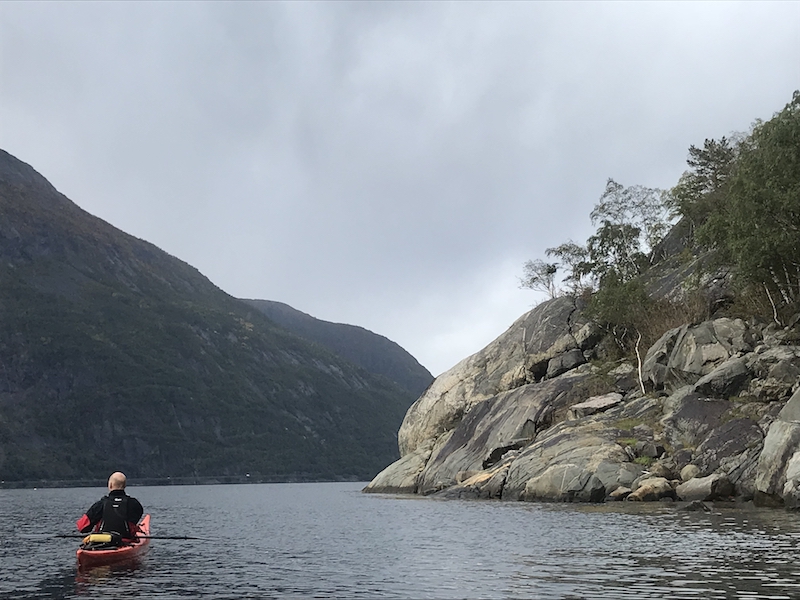 Kayaking in a fjord

Kayaking in a fjord, especially one that’s 860 metres (2,820 feet) deep in places, is not the same as river or lake kayaking. But our group of novice and seasoned kayakers – ranging in age of 41 to 75 – set out under the watchful eyes of two experienced guides, Michael and Axel.

We slid our kayaks into the water at the picturesque village of Eidfjord (population 920) to explore a stretch of the Hardangerfjord, which, at 179 kilometres (112 miles) long, is the fourth-longest fjord in the world. 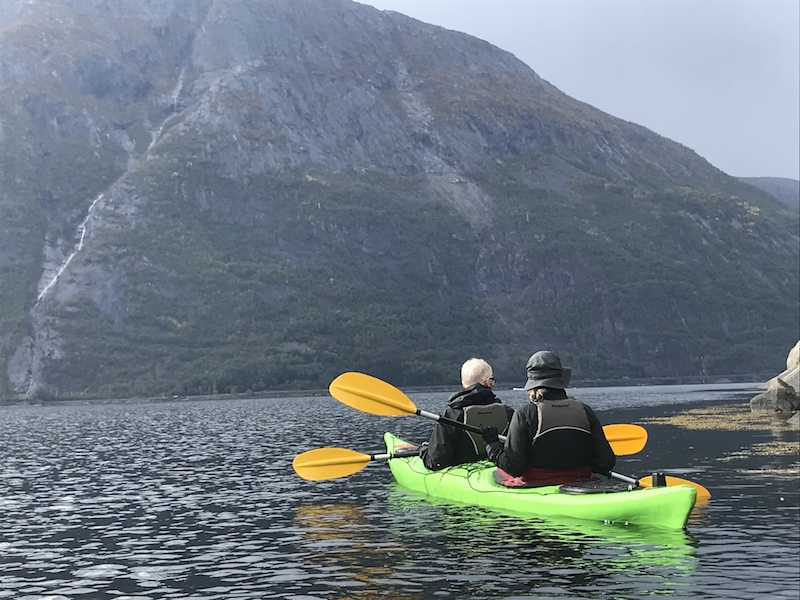 Our group of paddlers was so fixated on the Hardangervidda alpine plateau that loomed high above us – and on Axel’s running monologue of Norse mythology– that we didn’t notice the herd of goats that greeted us when we reached the shore opposite Eidfjord. These were not shy goats. A few of us paddled close to the rock-strewn shore hoping to spot seals when one of the goats boldly tapped its hoof on the bow of the kayak – fully intent on coming aboard, which one of them succeeded in doing. 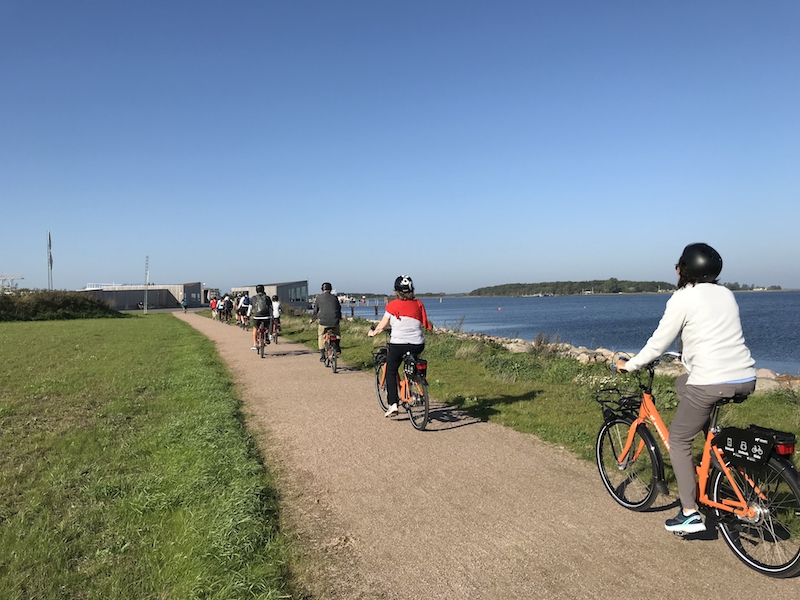 The easiest way to feel like a local in Denmark is to hop a bike, so I booked myself onto the “Ålborg Fjord by Bike” shore excursion, which started with a tour of the city’s popular highlights (the Aquavit Factory being one of them), but then headed to the outskirts of the city toward Vestre Fjord Park and through Fjordbyen, a hodgepodge of former fishing shacks in the eastern part of the city which is now home to assorted artists, nonconformist types, and artisans.

The highlight of the day was cycling to the ferry on the Limfjord to visit the tiny island of Egholm, which is home to 55 year-round residents. There’s little to do in Egholm (that’s its appeal) but soak up the ambiance and hunt for crab and starfish in the shallow beach. Shelters are available for enthusiasts who want to spend the night in a natural setting. 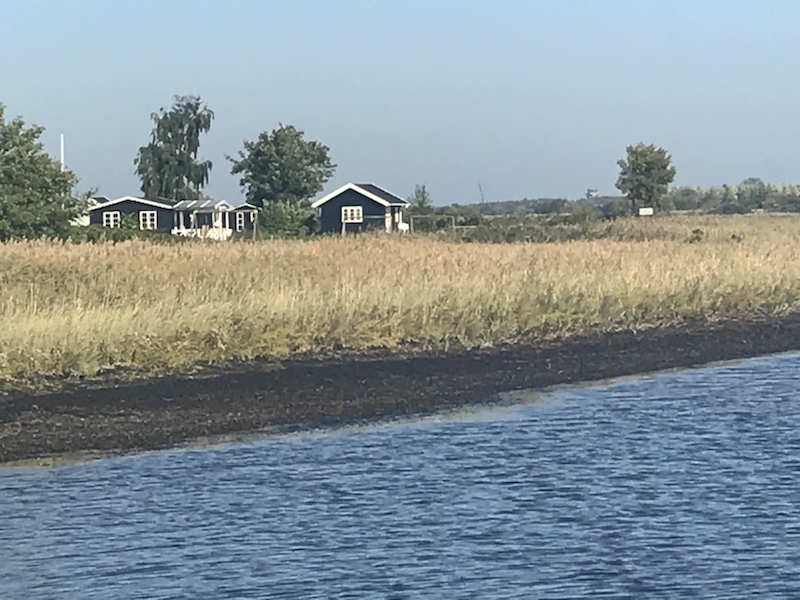 By my reckoning (and rudimentary math skills), the veal scallopini and pannacotta I ate at Manfredi’s Italian Restaurant (probably the best dining options onboard the Viking Star) totaled about 900 calories. No worries. I burned them all off the following day when I hiked 320 meters (1,050 feet) up Mount Floyen in Bergen. It’s one of the most accessible hiking trails in Norway. I was able to hike to the top, spend time enjoying the views and return to the port on foot within three hours.

The steep switchback trails took me through lush green forests and stands of conifers swathed in morning mist and by moss-covered rocky slopes – and trolls. I was surprised when I reached the top and stumbled onto Trollskogen, a seemingly permanent outdoor gallery of trolls.

The real reward upon reaching the top? The breathtaking views of the fjord and mountains surrounding Bergen. 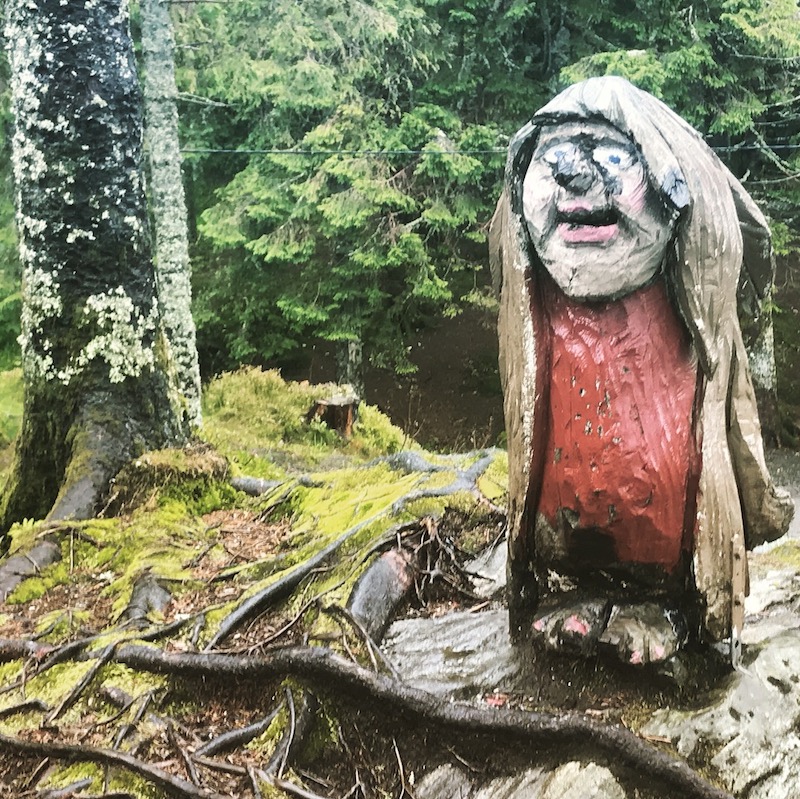 I lucked out with the perfect combination of nature, outdoor adventure and a good splash of luxury on my Viking Homeland cruise. That kind of holiday certainly floats my boat. 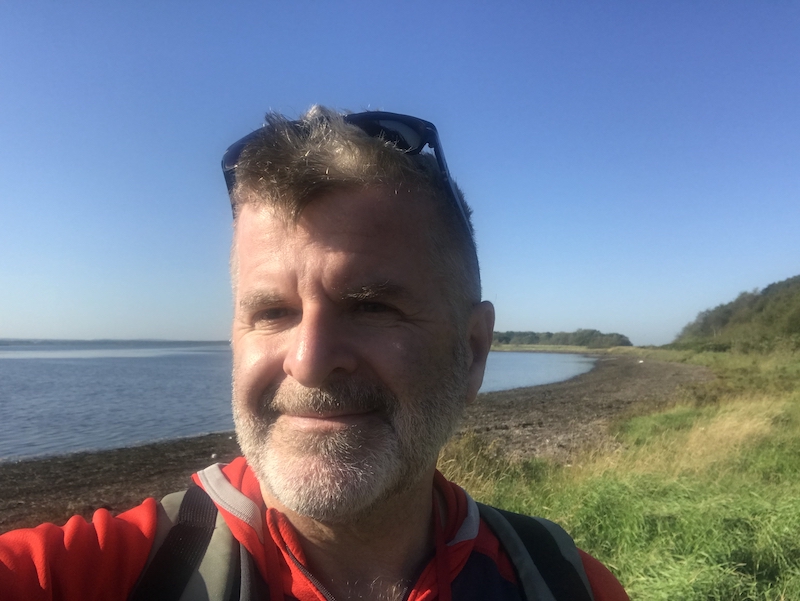 The author takes a pause while biking on Egholm Island

The writer was a guest of Viking Cruises who did not approve the editorial before publication. 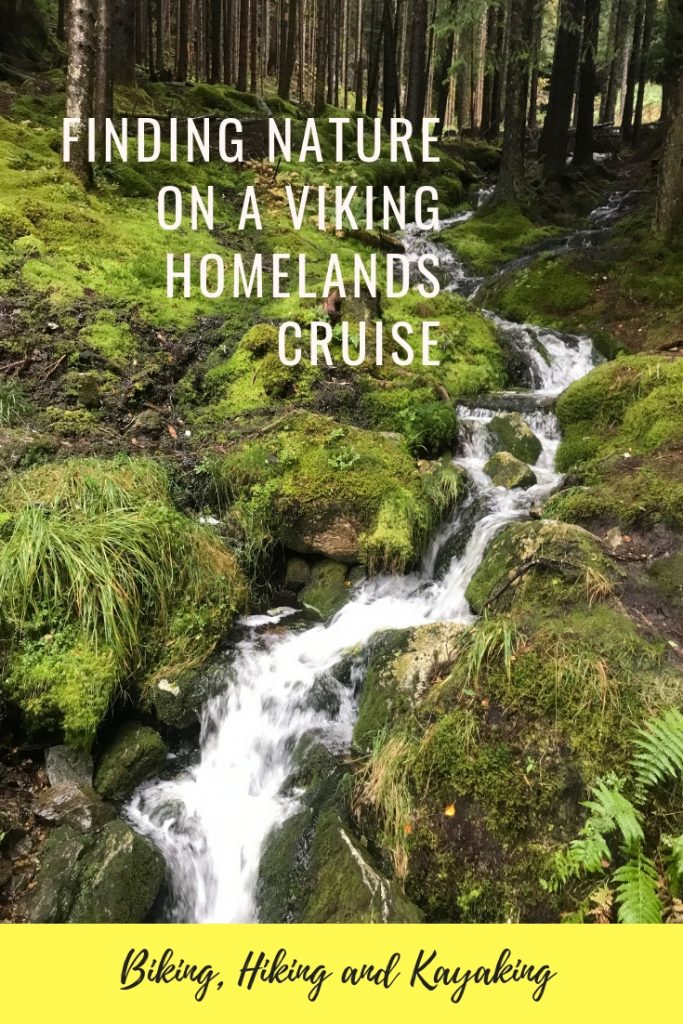