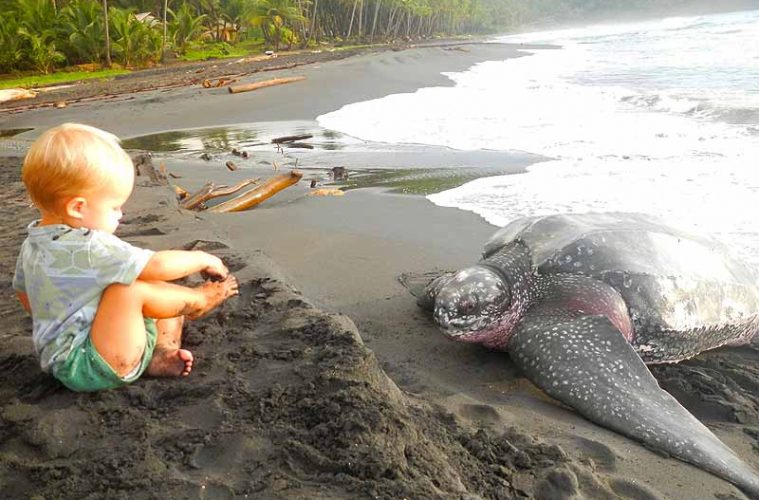 Sea Turtles: Resorts That Help Them

Sustainable tourism can help ensure that future generations continue to enjoy sea turtles. Many resorts in the Caribbean and Mexico are taking the lead to protect sea turtles and make this happen. 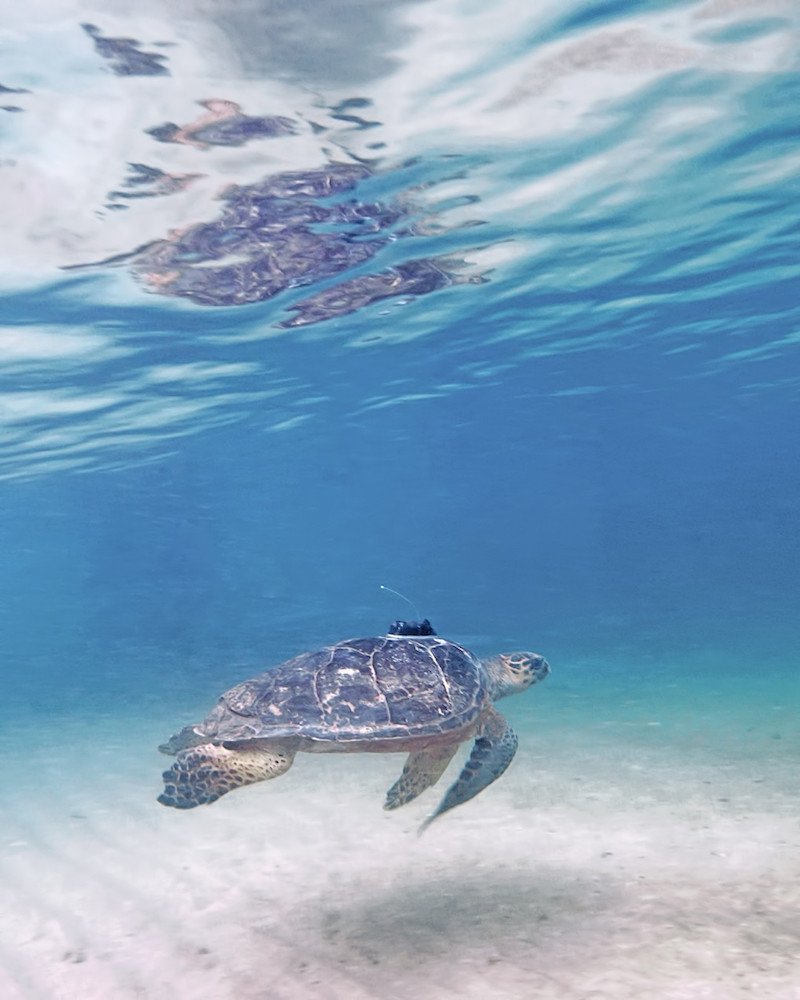 Why do sea turtles need our help?

Mankind is largely responsible for the dwindling numbers of turtles. Climate change, sea pollution, destruction of their nesting grounds, fishing nets, getting caught in boat propellers and being hunted for food or shell souvenirs have all contributed to their endangerment. And on top of all that, they have natural predators, especially the baby sea turtles.

Once laid and buried in the sand, the eggs might hatch if poachers didn’t scoop them up or if cars driving on the beaches didn’t crush them. Once hatched, they might make it to the sea if they could avoid the birds, crabs, reptiles, dogs and other animals waiting to grab up a tasty little soft-shell sea turtle snack. 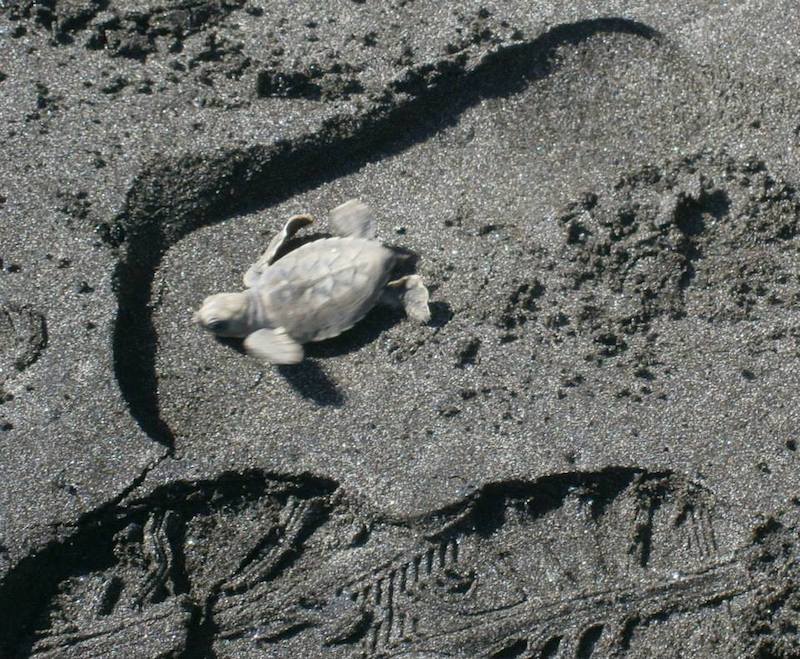 Baby turtles sometimes head the wrong way and die of dehydration if they mistake the man-made lights on the beach as the white crests of waves and moonlight they follow instinctively to get to the water.

Sea turtle conservation groups consistently state that the odds of a baby sea turtle reaching maturity are about 1 in 1,000.

Thankfully, these vulnerable reptiles are getting some help.  Here are a few resorts that make a difference:

Leatherbacks, the most endangered of all the sea turtle species, have been returning to Aruba for thousands of years. And it’s no surprise that Bucuti & Tara Beach Resort, an iconic upscale adult-only hotel, has been a pioneer in the movement towards their protection over the past 20 years. The property is one of the most eco-friendly resorts in the Caribbean – and quite likely the planet – as they consistently top the green lists every year. 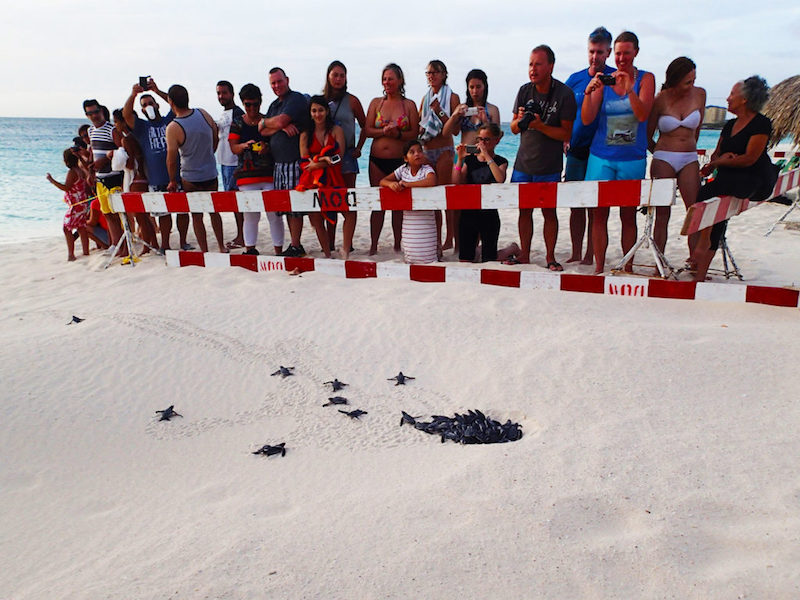 Whenever a nest is spotted, barricades are set up in conjunction with Aruba’s sea turtle group TurtugAruba to ensure the nests are left alone. The resort also alerts guests when hatchings are taking place, typically at night, and takes great pains to ensure all goes well for nesting and hatching. They lower the lights, clear the beaches and educate their guests on what they can do to help.

I must also give a shout out to the island of Aruba as a whole for their official plastic bag ban that took effect Jan. 1st, 2017.  Plastic bags in the sea appear like jellyfish to sea turtles, which is their favorite snack. So many sea turtles die from ingesting plastic.

Many of Aruba’s tour operators are also on board to help sea turtles.

Check out this awesome video of a sea turtle rescue during a snorkel excursion with Jolly Pirates Aruba:

Beverley Deikel is known as the sea turtle lady of Dominica for a reason.

She is a Minnesota expat who fell in love with a local, Patris Oscar, and also in love with the island, almost two decades ago. Together they built their eco-dream escape for visitors, Rosalie Bay Resort, where the river meets the sea. 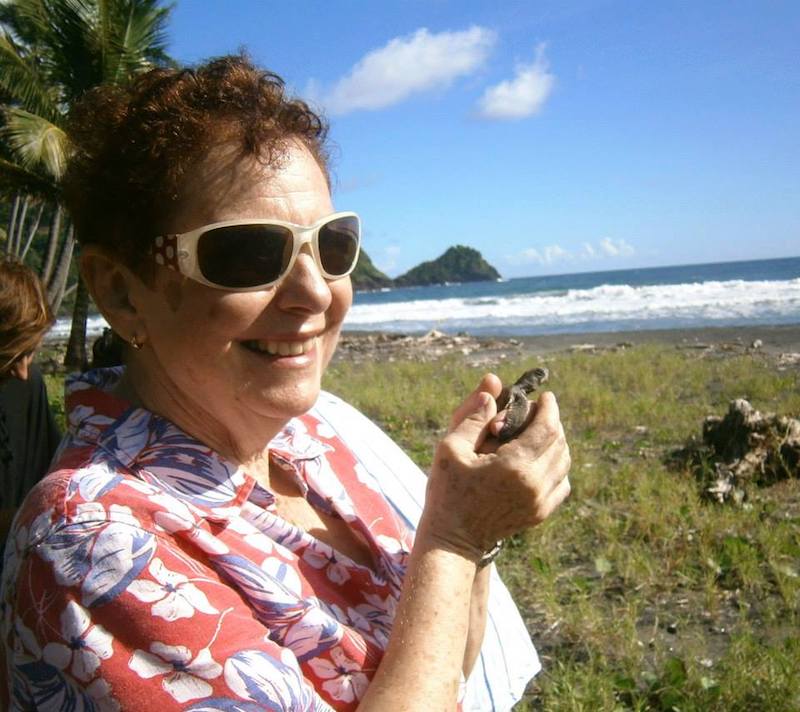 Since then, Deikel has almost single-handedly educated the entire local population on the importance of preserving our prehistoric friends. She also partnered with WIDECAST (the Wider Caribbean Sea Turtle Network) to establish the island’s first sea turtle conservation program. The turtle population had been dwindling to almost nothing, but now it has bounced back big time due to their efforts.

I had the distinct pleasure of participating in one of their early sea turtle releases, and it was amazing.

Rosalie Bay Resort has the distinction of having been designated as one of National Geographic’s Unique Lodges of the World.

Here is a video I posted on YouTube of our little friends heading to the sea:

Many resorts in Mexico, Latin American and various Caribbean islands work with local sea turtle organizations to relocate sea turtle eggs so they will be safe from poachers. Though selling sea turtle eggs is illegal, the economic realities of some of these destinations make the profits worth the risk.

CasaMagna Marriott Cancun Resort and JW Marriott Cancun Resort & Spa, side-by-side sister resorts, have saved over 3,000 endangered baby turtles each year with their program. I took part in one of their releases with marine biologists on site to guide the staff and guests. Of course, we were all teary-eyed upon their release as we foolishly had named our individual charges, and watching the little ones make their way out to sea was bittersweet.

Dreams Resorts & Spas have also implemented many sea turtle protection and release programs throughout their properties in Mexico, the Caribbean and Central America. They are upscale family-friendly resorts ideal for multi-generational vacations and all feature a signature Unlimited Luxury ® experience. Their resorts in Huatulco, Los Cabos, Punta Cana and Costa Rica all have 24-hour beach security to protect nests, and they work with local conservation groups to develop sea turtle release programs that guests can take part in. 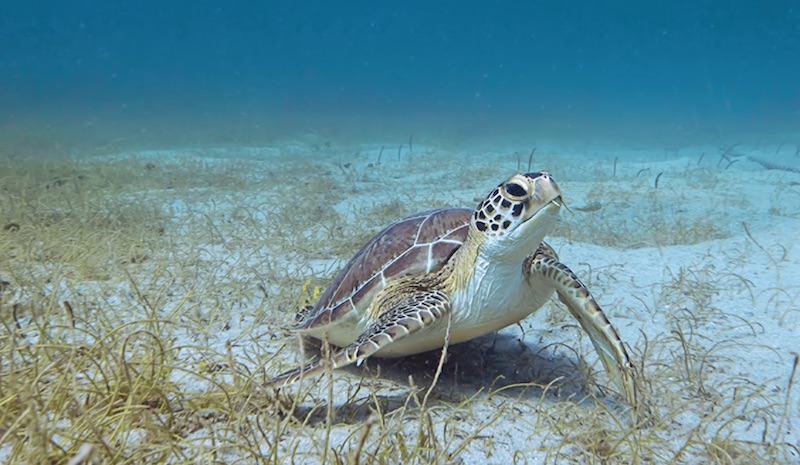 Sea turtles may be prehistoric, but they need our help to survive (Credit: Mario Cisneros for Four Seasons Resort Nevis)

Beyond protecting sea turtles along with the the Nevis Turtle Group, the Four Seasons Resort Nevis sponsors two GPS satellite transmitters annually to help the Sea Turtle Conservancy track the migration patterns of sea turtles that return to Nevis to lay their eggs. Guests can witness the tracked subjects return to the sea as part of their “Tour de Turtle” event, and help with conservation efforts during their annual Sea Turtle weekend in July.

Jupiter Beach Resort & Spa also does it a little differently. They don’t do sea turtle releases, but have partnered with the local Loggerhead Marinelife Center that offers “Escorted Turtle Walks.” And a portion of proceeds from sales of the plush “Loggie the Loggerhead” mascot you find on your bed goes to help the non-profit center as well. They also now offer a “Stay and Save the Turtles” package, where guests who stay three nights or more have a portion of proceeds from their visit donated to the center that will adopt a sea turtle in their name.

The author’s visits were hosted by many of the hotels and resorts mentioned in this article. 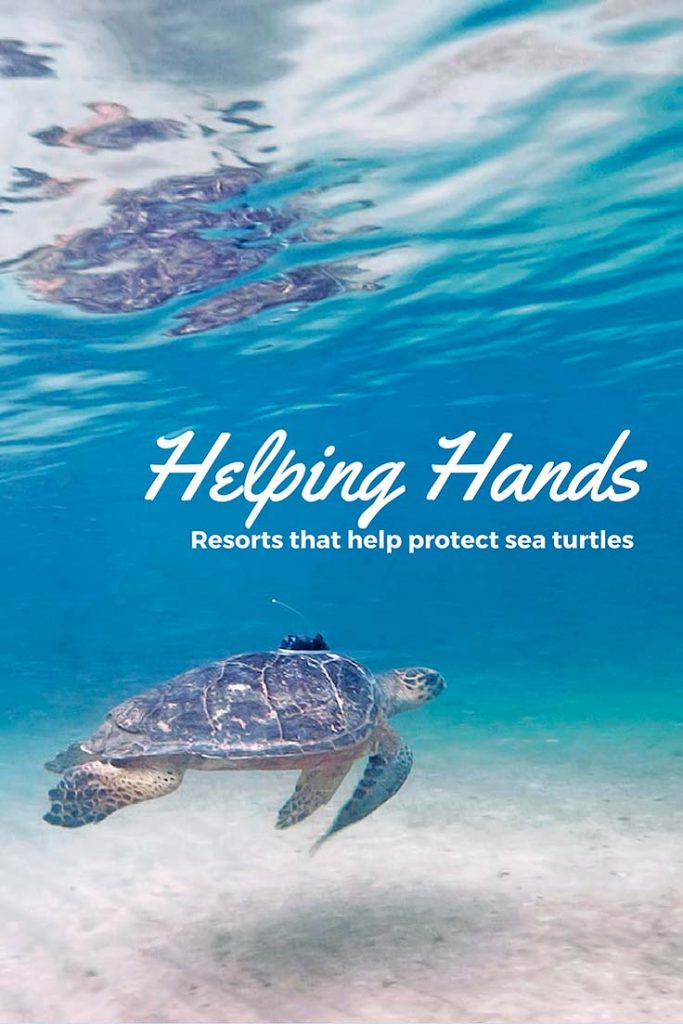