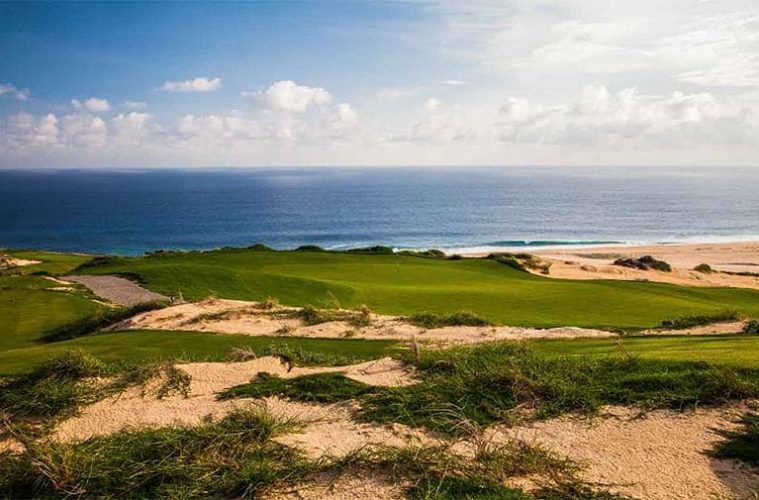 Walking down a few steps to the black tees, you see a green hanging on the side of a cliff 106 feet below and 310 yards away over the Pacific Ocean.

The first order of business is to get out your camera and take a few photos.

Long-hitters playing for the first time will then be tempted to take out drivers and see if they can reach the green. But a wiser course of action is to take the safer route down the fairway tracing the edge of a sheer granite cliff with a large sand dune on the right.

One of the younger golfers in my group did accomplish the feat of reaching the green from the blue tees at 288 yards, even hitting into a 10-mph wind. I’d tried to do the same thing the day before. Hitting a good drive by my standards, the ball ended up at the bottom of the ocean.

This spectacular hole is No. 5. It’s on the challenging Jack Nicklaus course recently built at the tip of Mexico’s Baja Peninsula. 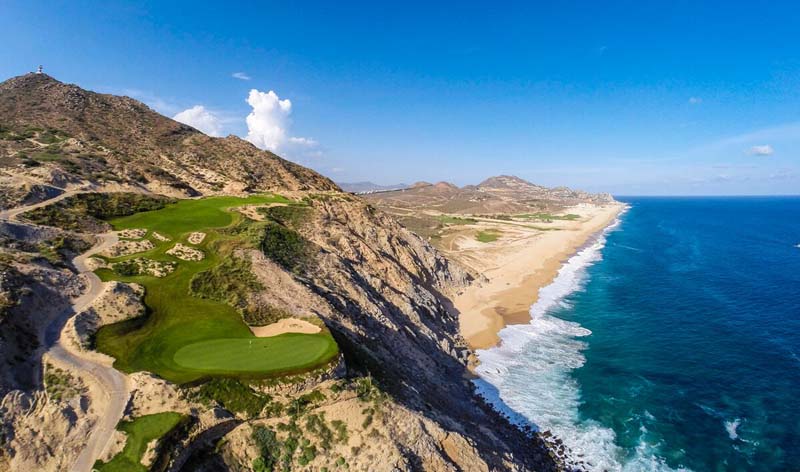 The cart drive to Quivira’s signature hole No. 5 switchbacks up the side of a mountain; it’s a nail-biting 310-yard par 4

Remember the movie “Troy”? It was filmed on the same property where the Quivira Golf Club is located.

“We designed it in such a way that allowed the elements to be part of what’s going on and freely adjust with the course over time,” Nicklaus said.

Nicklaus admitted the site might not have been an architect’s first choice of a place to build a course. But he accepted the challenge and found a way to build some other interesting and spectacular holes – including a pair of par-3’s at No. 6 and No. 13 that test your skills with do-or-die shots to avoid the ocean or beach just waiting for your errant shots.

Playing at 95 to 180 yards, the narrow green on No. 6 is perched on a cliff high above the rolling sea and a secluded beach with a large bunker guarding the right side. From the gold tees at 165 yards on my second trip around the course, I aimed a 4-iron right over the water and it curved just enough to give me a putt for a birdie.

The par-3 6th also lies on the coastline, with crashing waves below (and sometimes whales in the distance too)

The 13th is shorter, playing from 85 to 148 yards. The tiny green sits atop a massive pinnacle of granite 150 feet from a sandy beach. There is a bail-out area to the left of the green that one player used to bounce his ball onto the green, but my shot flew the green, leaving a difficult chip shot where I failed to get up and down.

Be prepared on Quivira to hit some blind shots – as I discovered on the par-5 12th. From the middle of the fairway, you need to aim way right to keep your ball in play. I didn’t and never finished the hole, failing to get the ball out of the sand even after taking an unplayable lie.

Every hole has stunning views of the Pacific Ocean

While the course can be stretched to 7,139 yards from the black tees, seniors and even-first timers will enjoy it more from the blues at 6,216 or the whites at 5,458.

One of the unique features at Quivira Golf Club is the availability of four comfort stations, offering refreshments that include Baja-themed items.

This, coupled with long rides between tees and plentiful scenic photo opportunities, means a longer round than back home. So don’t be in a hurry! 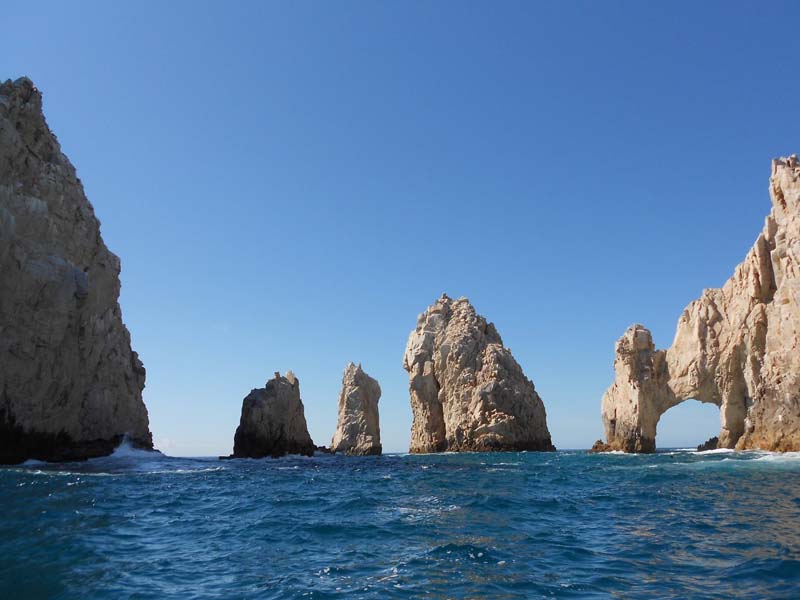 Quivira is located at the tip of the Baja Peninsula, where the rock “Arch” is the most famous landmark 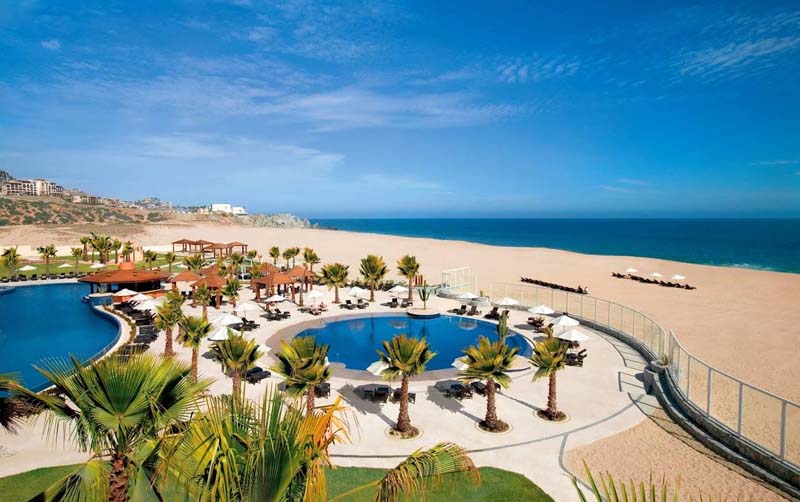 Be sure to get the whole scoop on playing the Quivira Golf Club on The A Position!

The author’s visit was subsidized by Los Cabos Tourism. 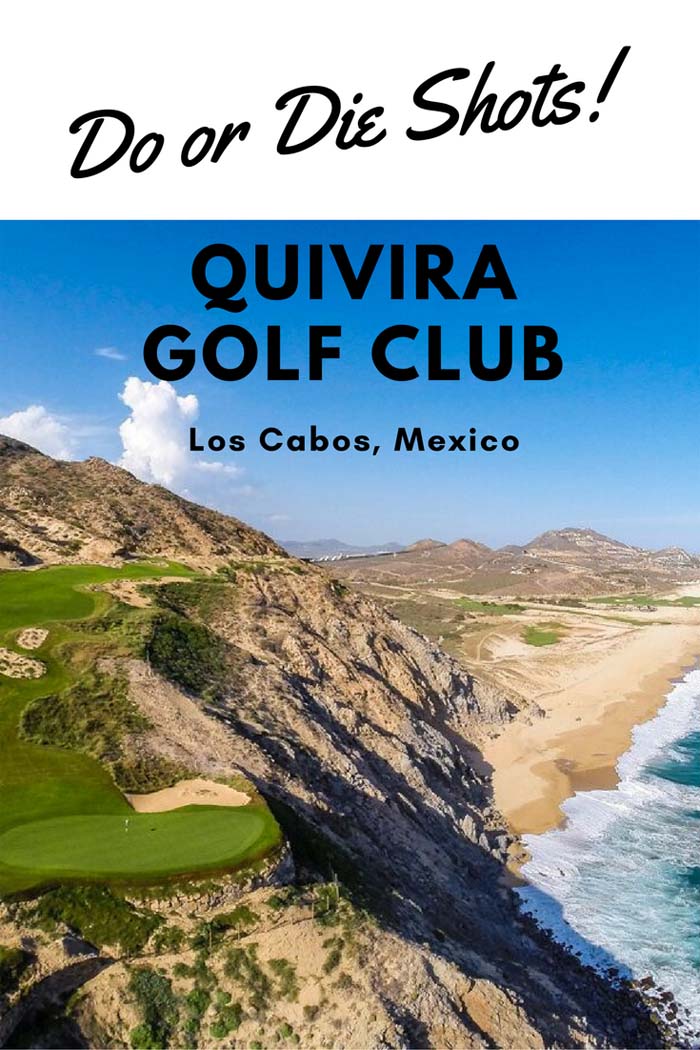