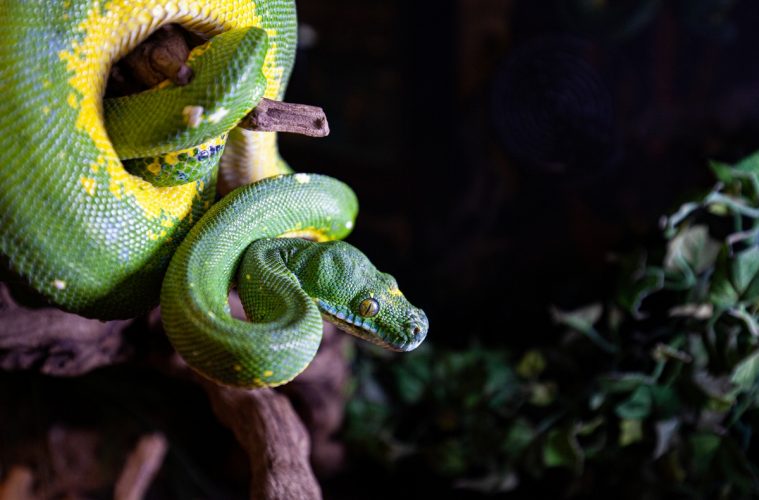 6 Quirky New Mexico Museums: Only in the Land of Enchantment

These six quirky New Mexico museums may seem randomly diverse. But, they represent the state’s broad and eclectic history and heritage.

Start with its fusion of Spanish, Mexican, Puebloan, Native American, and Pioneer historical cultures. Add to that its nuclear history and its alleged alien history. Now add those renowned turquoise skies and an average of 280 days of sunshine.

Indeed, New Mexico’s air is so clean that it cleanses the body, which is why the state is considered a place for spiritual and wellness healing. The landscape, too, is diverse. Geological and geographic formations collide here to provide a uniquely high desert and montane experience amidst cactus, pinon, juniper, and pine.

Put it all together, map it out, and buckle up for a tour of museums you can experience only in New Mexico. 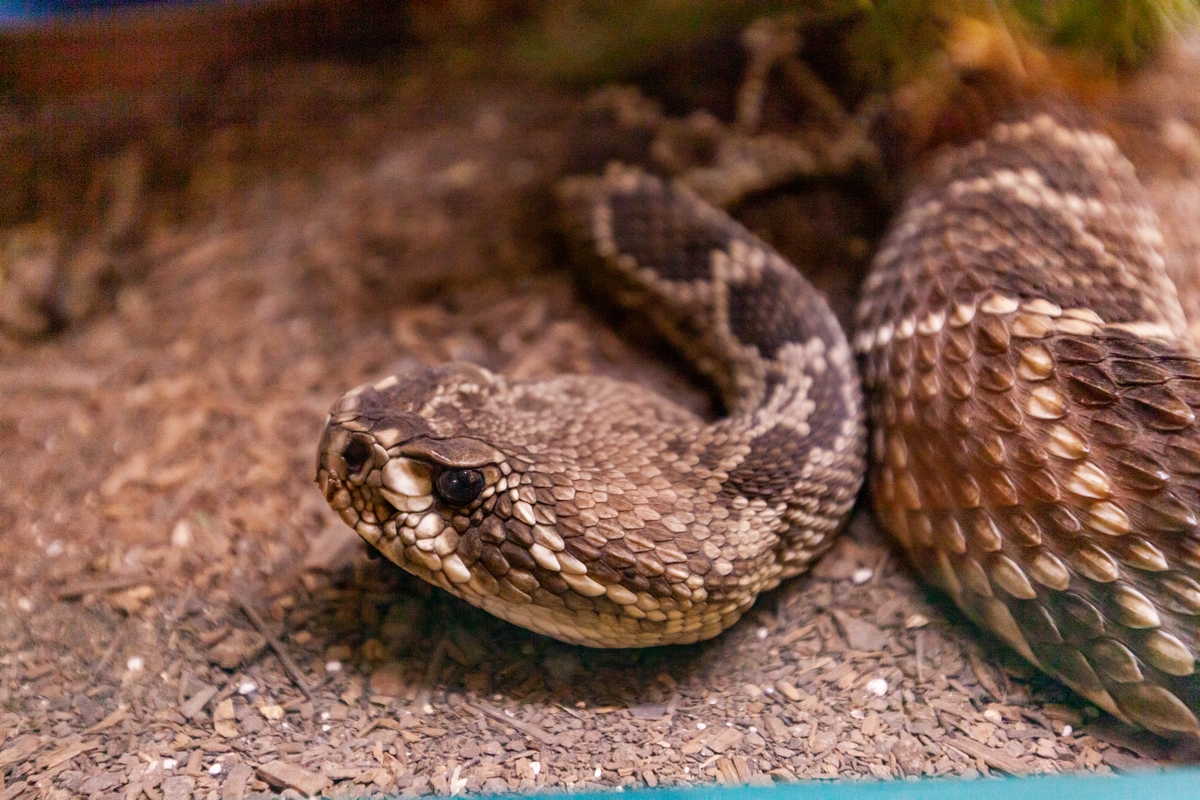 Snakes alive! You will be hard-pressed to find a museum dedicated solely to all things about rattlesnakes. But you can slither into this quirky New Mexico museum in Albuquerque. Officials at the American International Rattlesnake Museum say it has more varieties of rattlers than the San Diego, Bronx, National, Philadelphia, San Francisco, and Denver zoos combined.

Here you’ll see young and old rattlesnakes. And, you’ll learn more about their behavior and habitats, including why rattlesnakes are more afraid of you than you are of them. 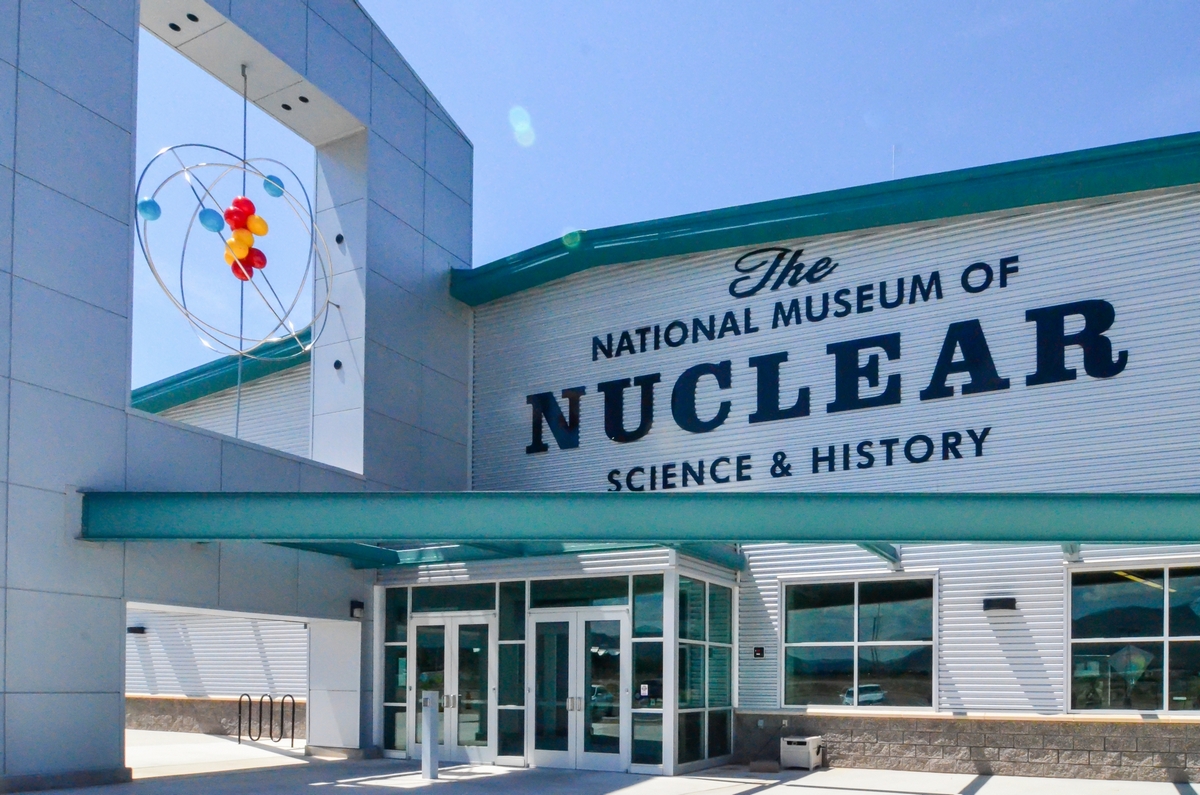 Located about eight miles from Albuquerque, the National Museum of Nuclear Science & History is an excellent diversion for those interested in atomic energy. A Smithsonian affiliate, the museum traces the story of the Atomic Age. Exhibits span from the very beginning of our knowledge of the atom to the Manhattan Project and the Cold War. The museum also covers the state of nuclear technology today, focusing on peaceful uses.

However, one of the museum’s biggest bonuses and my favorite is outside in Heritage Park: Here, you can ogle five acres of static displays that include military aircraft, rockets, missiles, and canons. It’s the most extensive aircraft collection for public viewing in New Mexico. 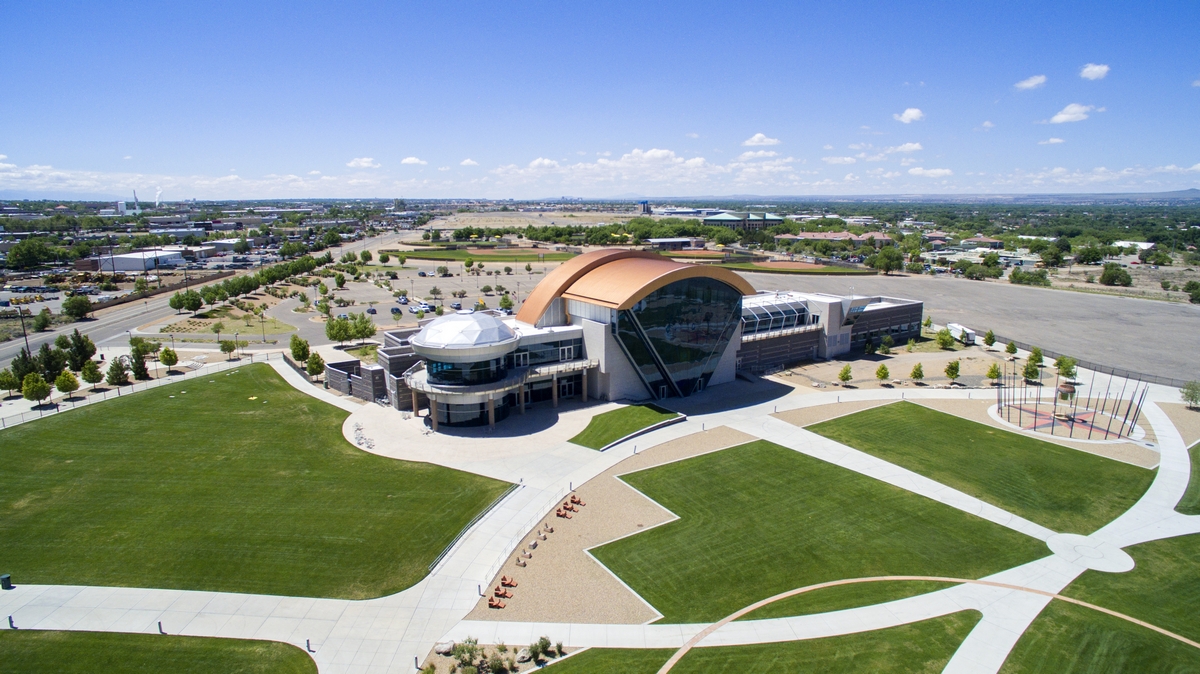 Up! Up! and Away! The world’s largest hot air balloon festival, held every October, calls Albuquerque home. So, it makes sense that the city has a museum dedicated to the craft.

The Anderson-Abruzzo Albuquerque International Balloon Museum is the world’s premier balloon museum. It’s devoted to art, culture, science, history, and the sport of hot air ballooning. So, bring your camera for some interactive displays and photo ops while learning about the history of ballooning. 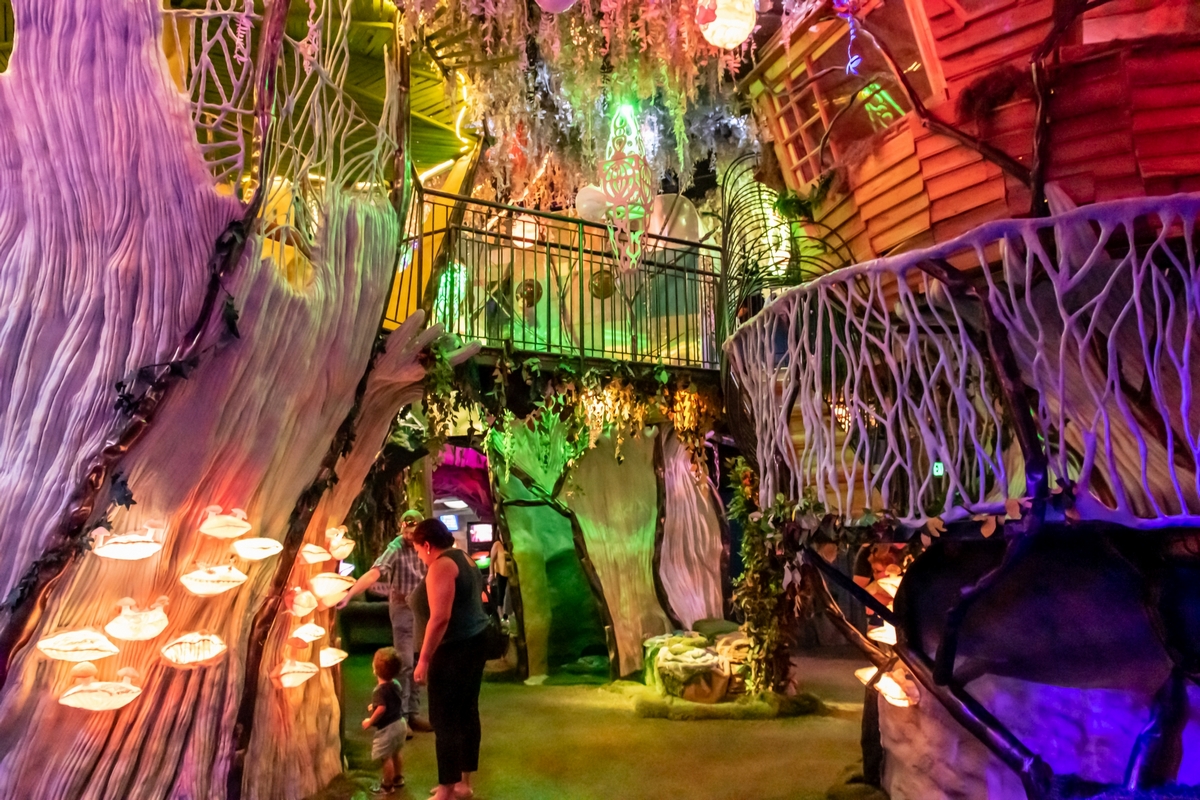 Unquestionably one of New Mexico’s most quirky museums and experiences, Meow Wolf House of Eternal Return has received international acclaim. This art installation/entertainment/detective/museum experience, which opened in March of 2016, feels like an Alice in Wonderland trip.

It’s both an interactive surreal detective experience and a pop culture museum. You never know what’s up the fireplace, inside the fridge, or behind a closet door. Or, for that matter, the washing machine. Interactive, colorful, and multi-sensational hidden discoveries constantly entertain and challenge the mind. It’s great for all ages. 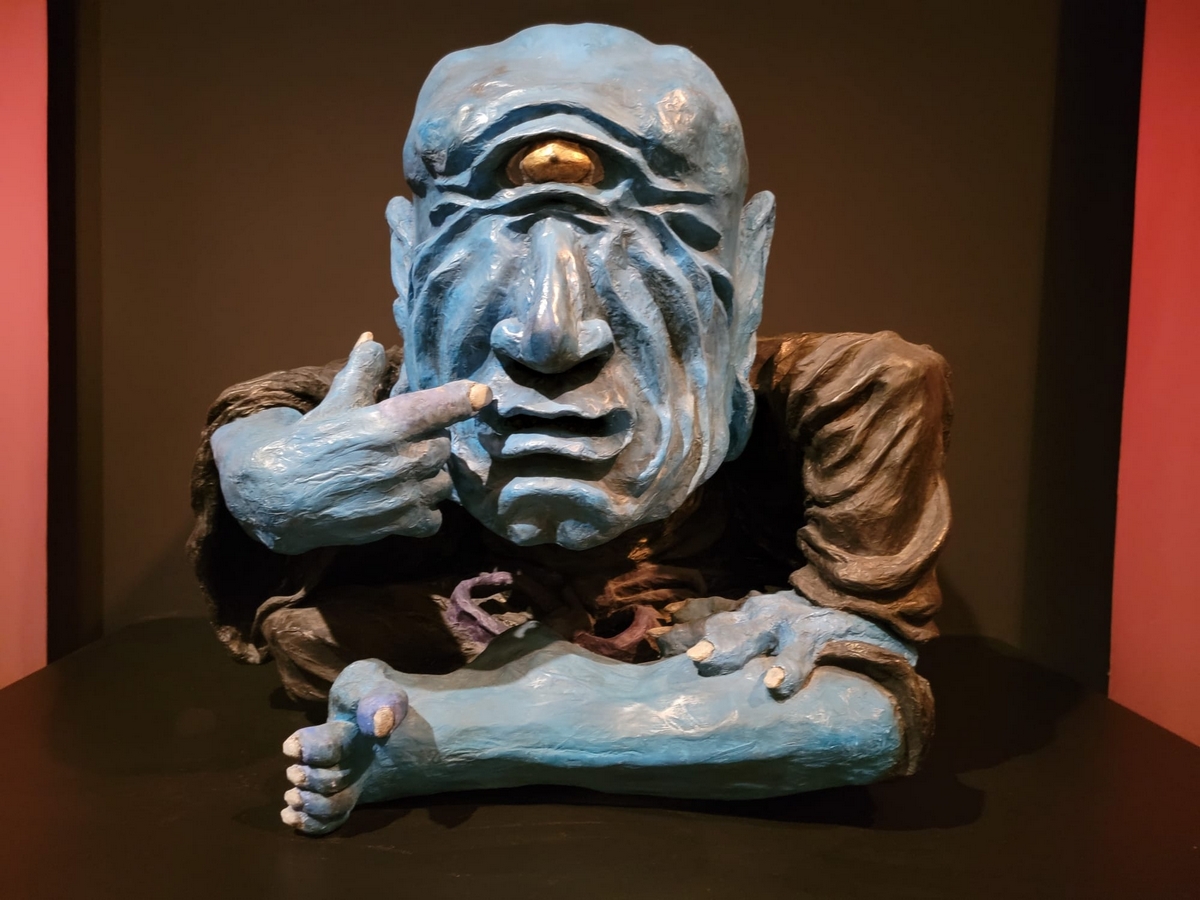 Some might think the The International Folk Art Museum is one of New Mexio’s quirky museums, but actually its collection is internationally renowned (photo: Karin Lepari Pezo)

Not so much much quirky as focused, the Museum of International Folk Art holds the world’s largest international folk art collection. Folk art focuses on the traditional decorative and practical art born within a community’s culture. These diverse and eclectic works often are rich in color. 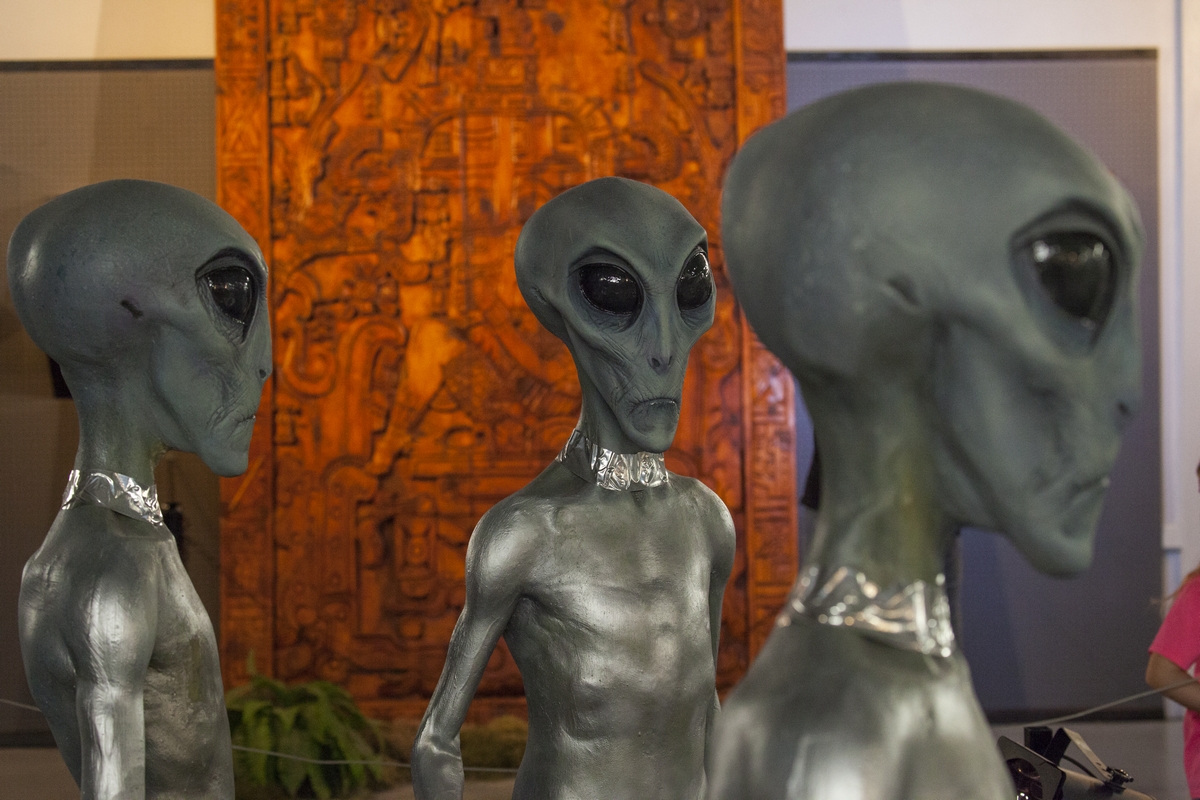 Cue the Twilight Zone theme: For an other-worldly experience that focuses on UFOs and aliens, visit the International UFO Museum and Research Center in Roswell, New Mexico. The museum also covers Area 51, ancient astronauts and abductions, crop circles, and other UFO sightings.

Keep an open mind when you visit this museum, which supposedly documents the famous Roswell incident. In 1947, an alien spaceship reputedly crashed on a ranch near Roswell. Allegedly, investigators also found deceased aliens’ bodies near the crash scene.

Disclosure: The author received complimentary press credentials to Meow Wolf and Museum of International Folk Art for purposes of review. Any opinions expressed are strictly those of the author. 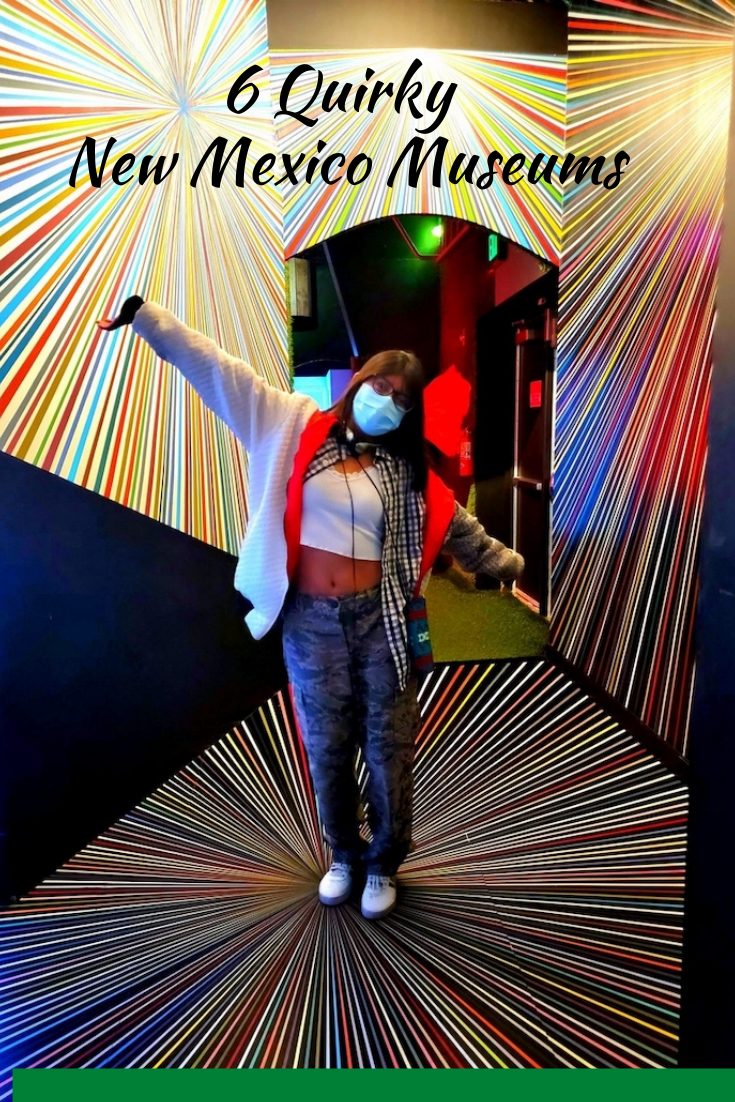