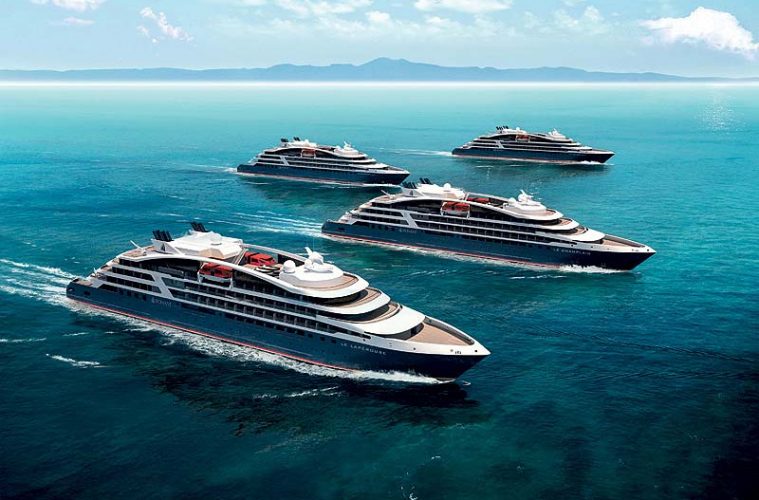 Ponant, a French-based luxury expedition cruise line, is building four new 184-passenger expedition ships. Two will be launched next year in 2018; the remaining two arrive in 2019.

Dubbed “Ponant Explorers,” the four vessels each have a lounge with giant windows that look out underwater.

Imagine watching fish and other sea life in an underwater lounge while sipping on whisky sours or Bellinis!

Pre-dinner cocktails on these Ponant new ships is going to take on a whole new meaning. 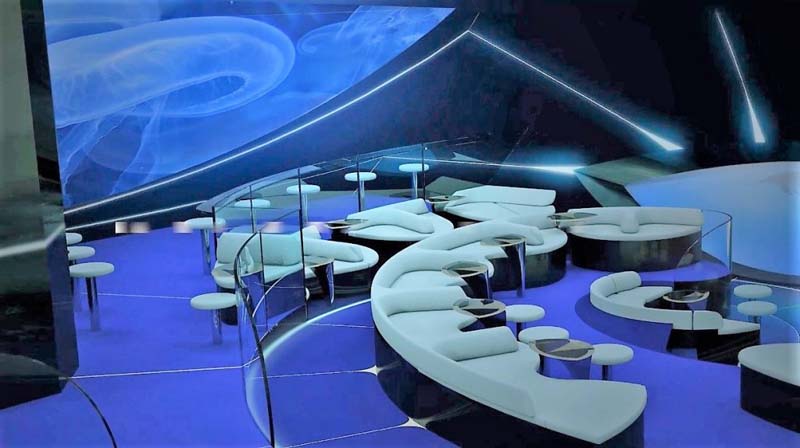 Ponant is keeping the exact design of its new underwater lounges a closely guarded secret for now, but they’ve released this preview pic (Credit: Ponant)

Aside from fish-peeping from the lounge, you can go water skiing, stand-up paddleboarding and kayaking from a watersports deck. Other highlights include an infinity pool and scuba facilities. And every cabin has a private balcony.

All are environmentally friendly, complying with the requirements of the international Cleanship label (Bureau Veritas).

We’ve cruised on Ponant. And the line has impressed us with its chic French touch onboard. We love the selection of good French cheese and complimentary wine available at lunch and dinner; the luxury L’Occitane bath products; the professionalism of the well-trained staff (many are French); and the restrained but elegant decor of the ships. Onboard enrichment lectures are excellent too.

We’ve no doubt that with its French flavor, exciting new itineraries and those cool underwater lounges, Ponant’s new ships are going to be a best-selling hit.

Get a sneak peak of the Ponant new ships here