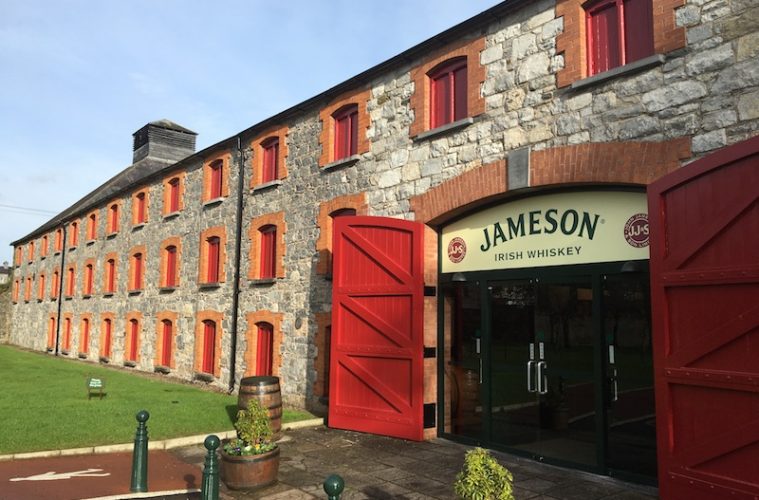 First visit to Ireland? Want a real cultural immersion? Make your way to the Jameson Old Midleton Distillery in Midleton, County Cork. Here, you’ll learn about the magical process of turning a grain into whiskey and a little bit about the life of Irish workers and farmers in centuries past.

And, good news, on this tour for grownups, there are samples. Premium ones. 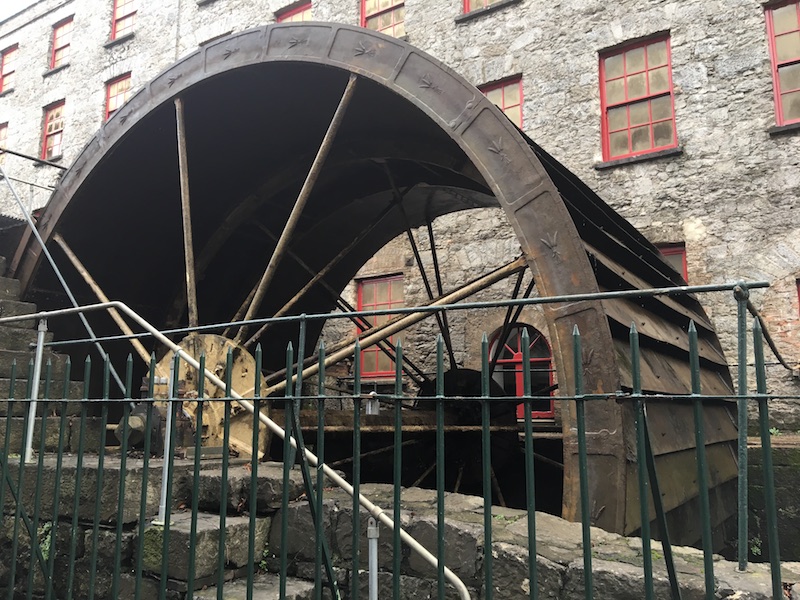 Waterwheel at the Old Midleton Distillery, one of few in the country that still work

Although the ingredients in whiskey are few – basically barley, malt and lots of H2O – transforming them into the water of life is neither a quick nor an easy process, especially when making the good stuff. Fortunately, the good folks at the Old Midleton Distillery just happen to be experts at turning out some high-end hooch.

Set on 11 acres replete with old warehouses (to be expected), a rail spur of sorts, a waterwheel that generates power to run the operation, and the world’s largest copper still, the distillery is a glimpse back to a time when barley was still brought by horse and cart and carried in very large sacks up quite narrow stairs for storage. Even today, the entire whiskey-making process is pretty sustainable. Locally grown barley combines with water from the Dungourney River in the distilling process and then is aged in used wooden barrels made of white oak procured from the United States and Spain. 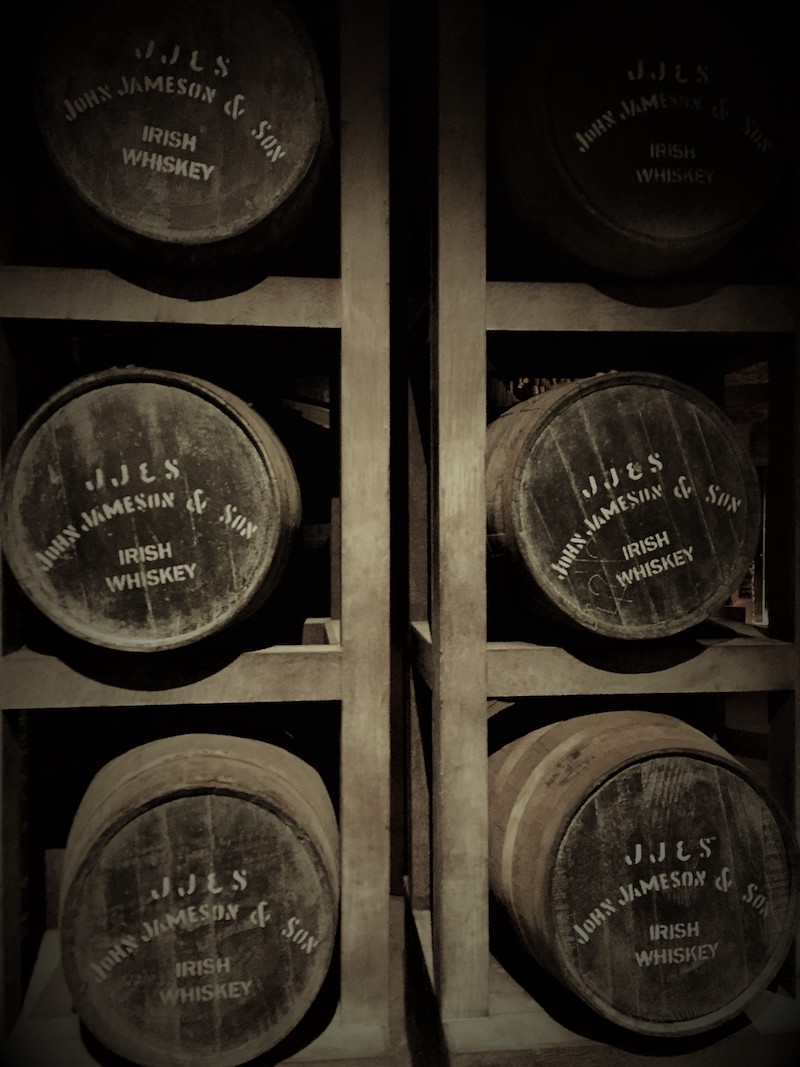 On a two-hour behind-the-scenes walking tour, visitors wearing hard hats for a part of their journey, learn the history of this place. What began as a woolen mill when built in 1794 and then used as a military barracks during the Napoleonic Wars was purchased by the Murphy family in 1825 and turned into a distillery.

One of the variables in Irish whiskey is the amount of malted barley used in any given formula. Malting the grain is reminiscent of the tortures that coffee beans and cacao go through in preparation for consumption as coffee and chocolate. Barley is soaked in water and allowed to sprout for a bit before being dried and raked.

The barley is then ground, courtesy of the power supplied by that waterwheel, into a dust called grist, from which we get the phrase “grist from the mill”—meaning that pretty much anything can be made useful, even grain dust, and turned into a source of profit.

I am now more appreciative of the origins of the liquid in any given glass of whiskey.

From these humble first steps turning grain into dust, the whiskey-making process gets a bit more complicated, going through mashing (think of what you do to potatoes) with the addition of boiling water, then on to fermentation, and then distillation (basically, being boiled repeatedly) before being stored for a good long time in those wooden barrels in a dark warehouse.

What makes this tour appealing even for those who do little more than slip a nip of Jameson’s into their coffee on Saint Patrick’s Day is interactivity. On our tour, our knowledgeable guide is responsive to many inquiries – and the opportunity to sample what we’ve learned.

We begin by sipping a bit of whiskey while taking in the on-site micro-distillery and considering the variables affecting flavor, some of which are reflected quite pointedly in the products of this place. 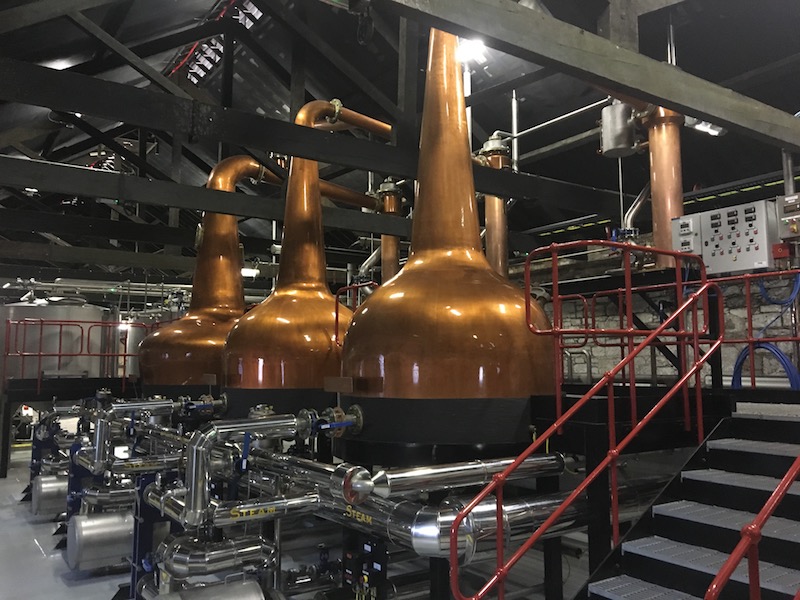 Our guide tells us that that the head distiller, the blender, and the cooper (the person responsible for maintaining those barrels) were afforded the opportunity to make whiskey that reflects the best parts of their jobs, and so the world was introduced to whiskeys called Distiller’s Safe (named for where those recipes are kept!), Blender’s Dog (so-called for the leash-like sampling tool the blender uses to get a taste from a barrel), and the Cooper’s Croze (named for the grooves in a barrel). You really can taste the difference. My personal favorite happens to be the Redbreast.

A visit to the cooperage where barrels are repaired bestows an appreciation for workmanship of old, where hand tools are still used to force wood to do things it is not particularly inclined to do. 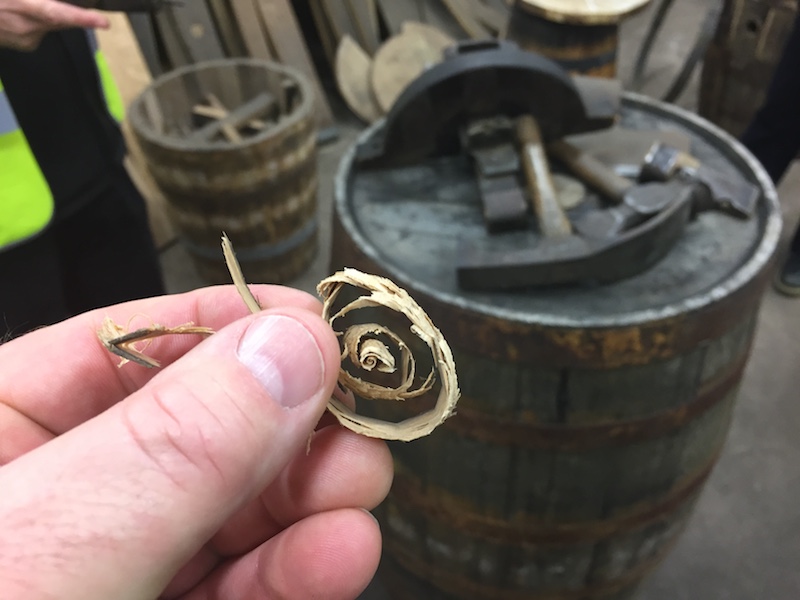 I like that the barrels are repurposed from prior careers storing stuff like bourbon or sherry. I like that they have been charred, and that they are reused several times here. Our guide likens them to a teabag – the first use is the strongest, the second a bit weaker, and the third is the weakest.

The barrel warehouse is old and dark and has a rich deep scent and just a bit of spilled or leaked whiskey here and there.

I learn that rodents do not go for alcohol.

I learn that these barrels, numbering about a million, are not turned – that would simply be too much work. I like that the warehouse seems not remotely high-tech and does not feature any temperature-control wizardry of the current age. Basically, we’re talking about what looks like some barrels in basement.

Our traipse through the master distiller’s cottage (now used for corporate events) situated at the heart of the operation makes me wonder about the merits of actually living at the factory, so to speak. 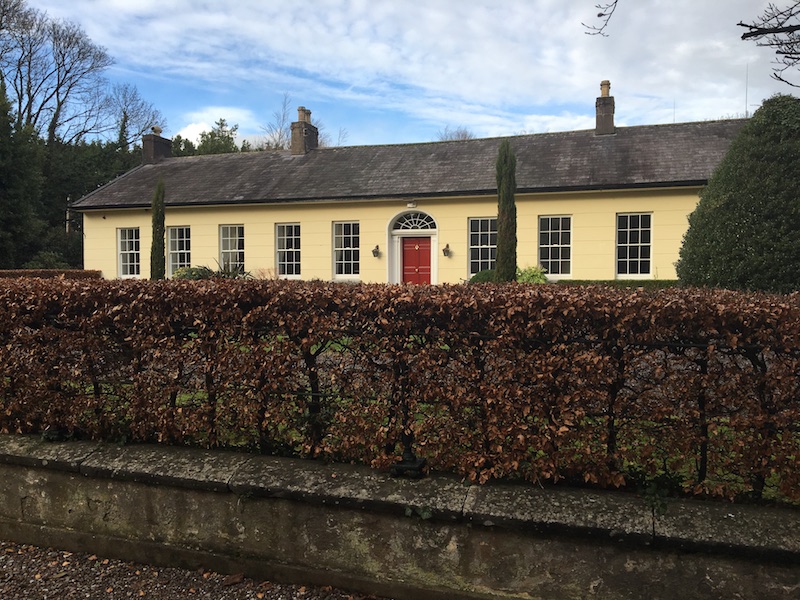 The master distiller once lived on-site, making the commute to work quite easy, but escapes from the job not quite so

Was there ever a time when that distiller was not on duty? And how could the boss ever call in sick? What’s more, if one just happened to be the spouse of the distiller, getting away from the prying eyes and keen ears of the workers must have been challenging.

All the more reason, I suppose, to sample some product. 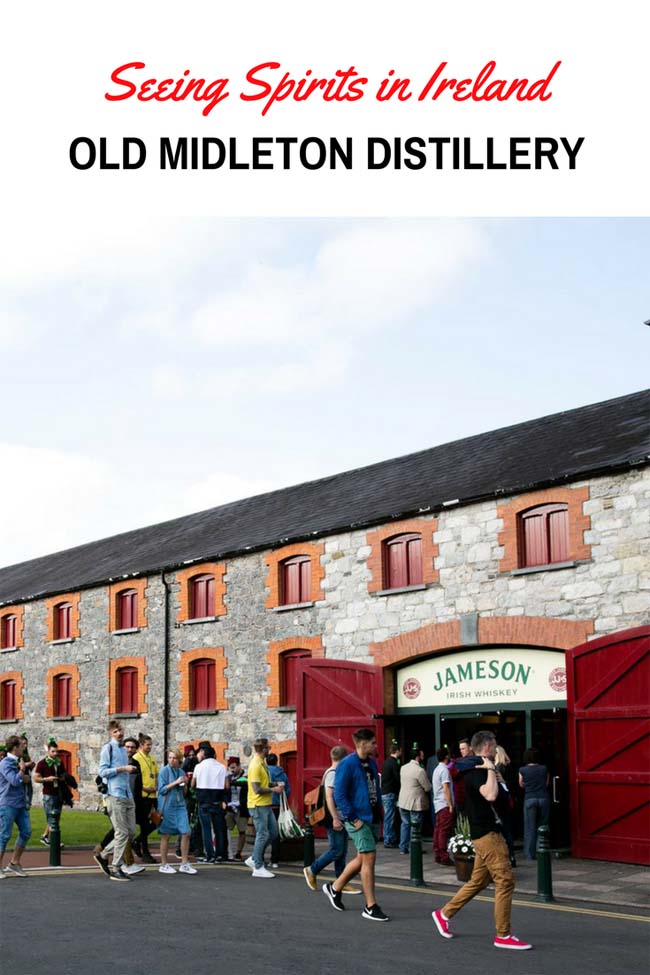