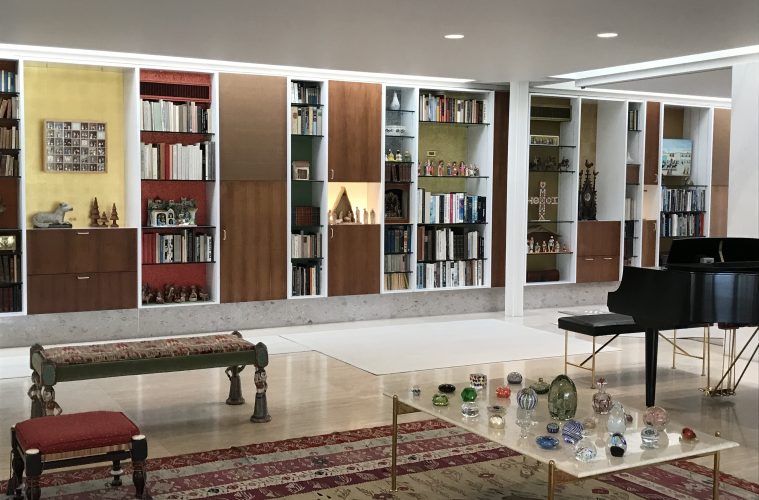 Miller House and Garden Is an Architectural Jewel in Columbus, Indiana

Miller House and Garden, one of the most significant examples of mid-century modern residential architecture in the United States, is a rare treasure even in Columbus, Indiana, a city renowned for its modernist legacy.

The 6,800-square-foot Miller House was commissioned by industrialist and philanthropist J. Irwin Miller and his wife, Xenia Simmons Miller, in 1953, and completed in 1957.

First and foremost, it was a family home, but it was so much more. 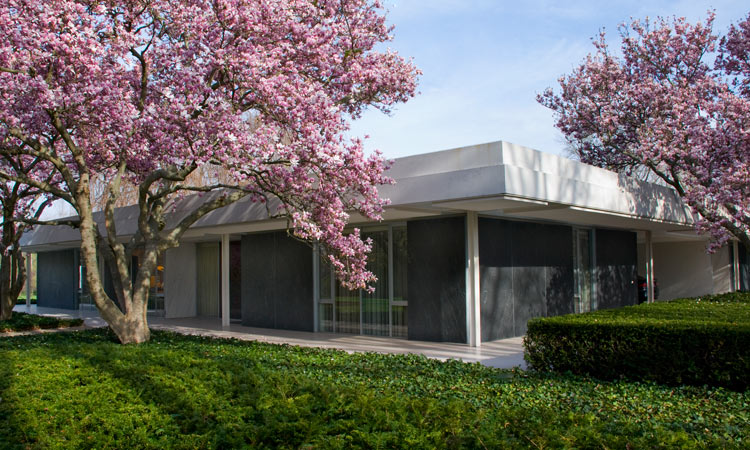 Miller House and Garden showcases the genius of leading 20th-century architect Eero Saarinen, interior designer Alexander Girard, and landscape architect Dan Kiley. Together, they created an epitome of the international Modernist aesthetic: an open and flowing layout, configured in a novel grid pattern, with a flat roof and sizable glass and stone walls. 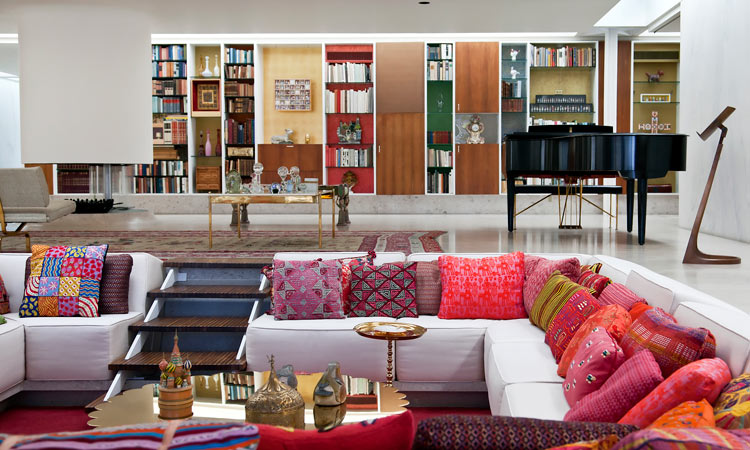 The living room of the Miller House and Garden features an unusual sunken conversation pit. (Credit: Indianapolis Museum of Art)

While the building is somewhat stark and minimalist, the furnishings are rich, luxurious, eclectic, and sourced from across the globe. The house’s centerpiece is in the living room: an unusual sunken conversation pit decorated with an abundance of plush, colorful pillows. Imagine the lively talk that transpired when the Millers hosted their famous parties. 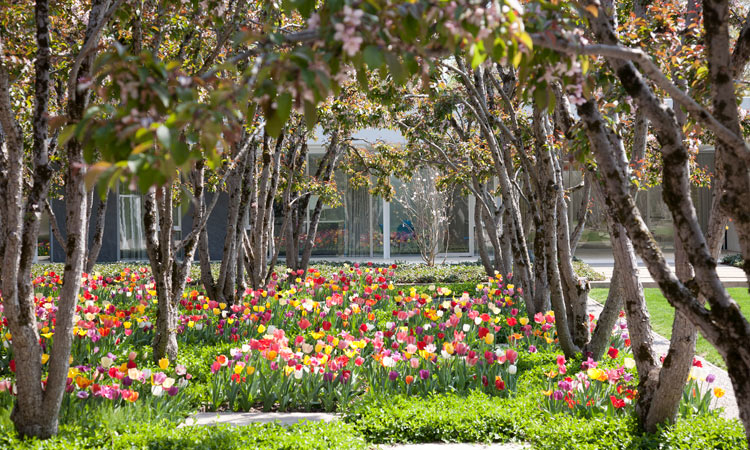 The garden in spring. (Credit: Indianapolis Museum of Art)

The garden features an elongated allée of honey locust trees.

In 2000, Miller House further cemented its singularity. The estate was the first National Historic Landmark to receive that designation, while one of its designers (Dan Kiley) was still alive and while its original owner (Xenia Miller) still resided there.

The Columbus Area Visitors Center coordinates tours of the Miller House and Garden.

Disclosure: The author’s visit was hosted by the Columbus Area Visitors Center, but any opinions expressed in this post are her own. 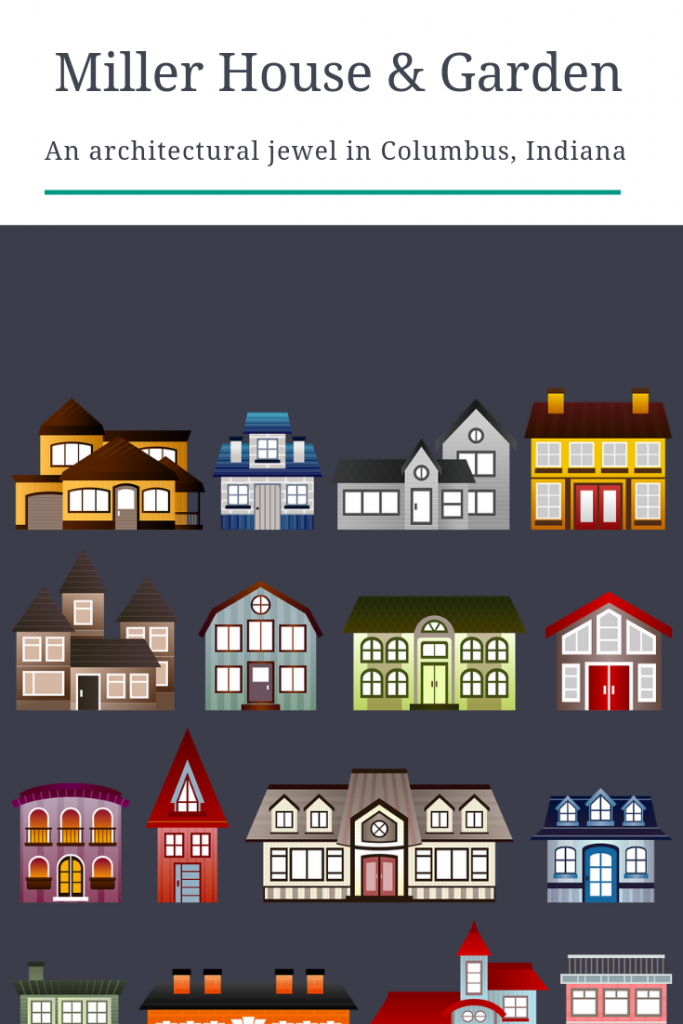