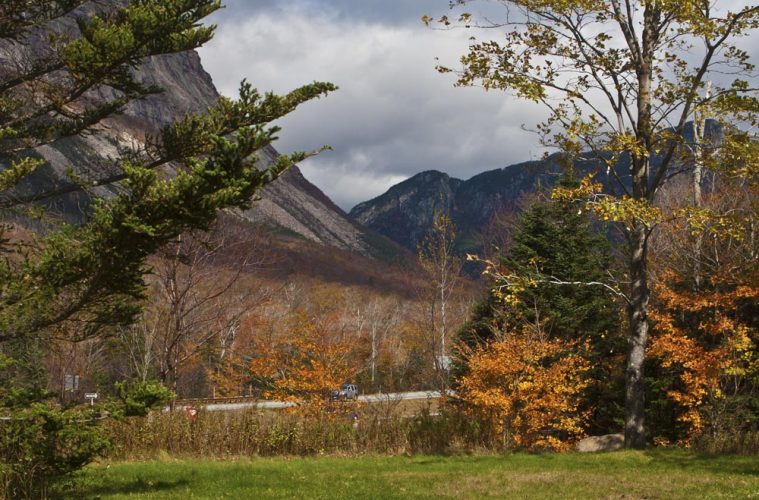 Insider Tips: What to Do in New Hampshire’s White Mountains

Whether it’s hiking from peak to peak above the timberline, kicking back at a fine country inn, or savoring a picnic beside a waterfall, the White Mountains are the place to do it.

I am not an unbiased observer in the craggy landscape of northern New Hampshire. I grew up climbing and skiing these mountains, hiking the trails, picking blueberries, camping beside the streams where I played and fished. I have never stopped exploring the White Mountains and am still finding new surprises as I enjoy this big backyard with our grandchildren.

Getting there and getting around 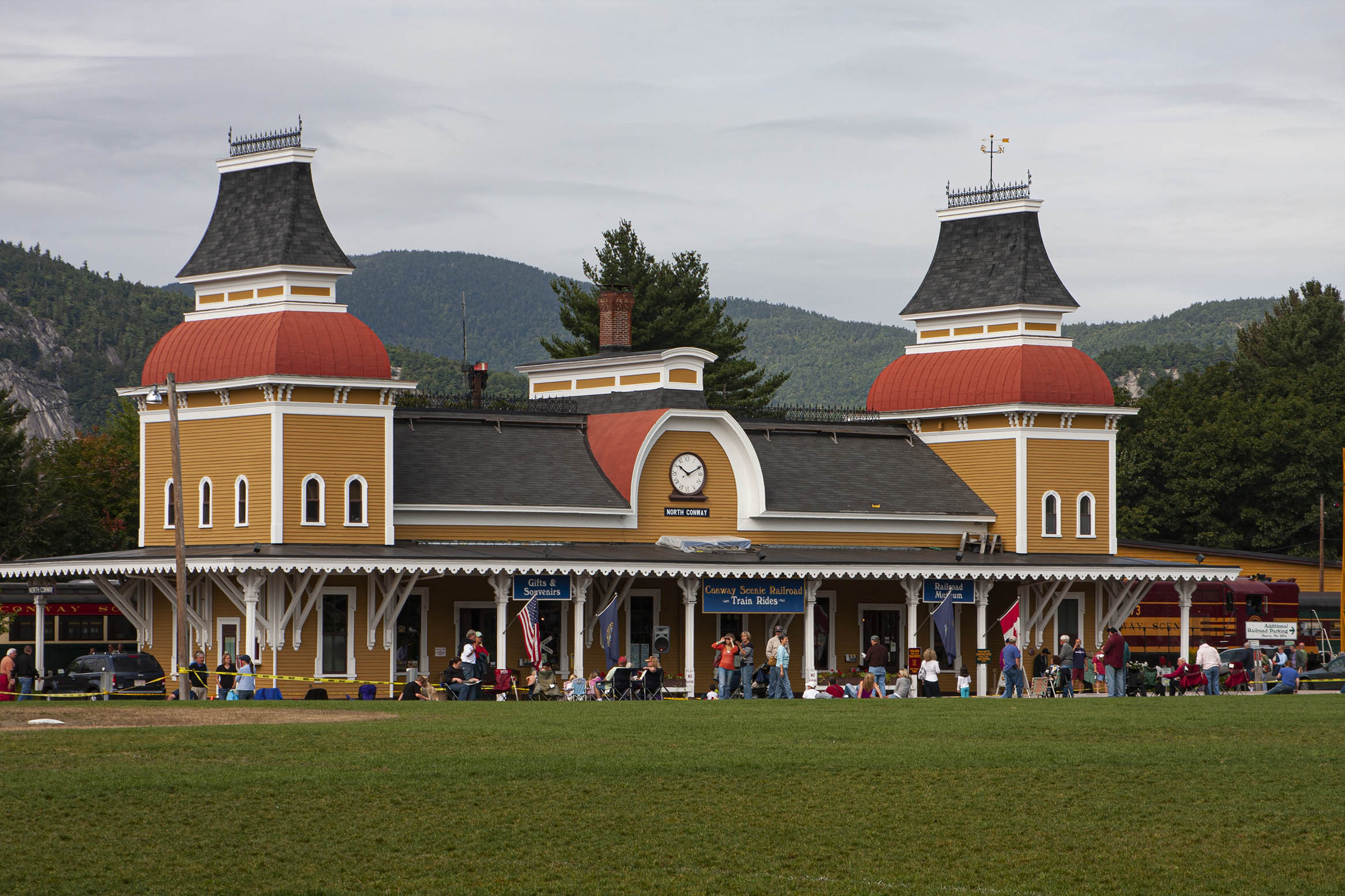 The White Mountains draw a wide line across the state, extending from the Maine border on the east almost to the Vermont border on the west. On a map, a green swath marks the vast reaches of the White Mountain National Forest. Much of its interior is the precipitous wilderness treasured by hikers. But on both sides are towns with places to stay, eat and play.

Interstate 93 brings visitors from Boston and points south directly into the White Mountains. It narrows to the nation’s only two-lane Interstate to wind between the mountains framing Franconia Notch. To the west, Route 16 leads north from the seacoast to New Hampshire’s Ski Capital, North Conway. That busy town is a good base for exploring the Mt. Washington Valley.

Scenic drives in the White Mountains 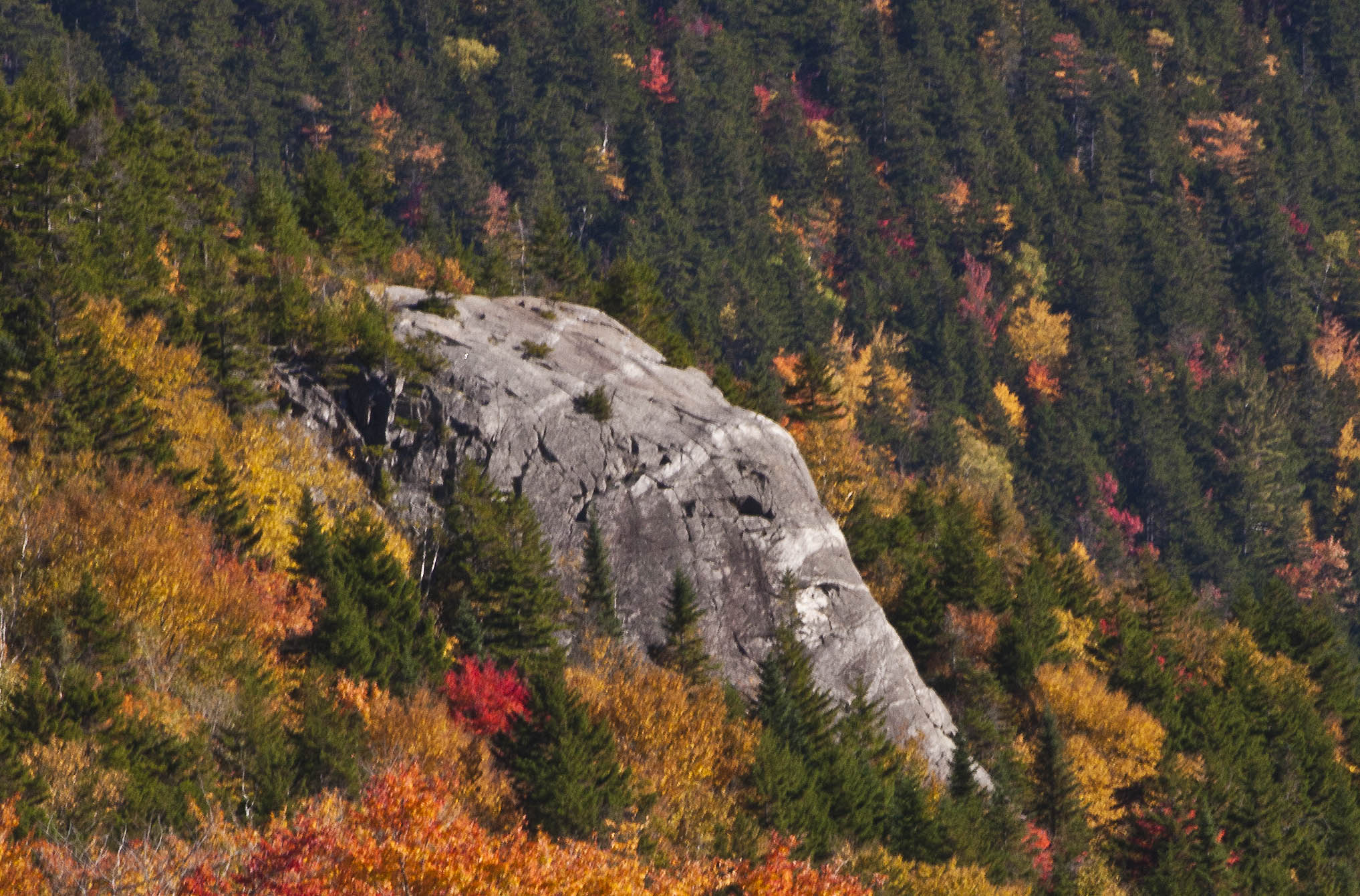 Visit the White Mountains in autumn for fabulous foliage, especially in the notches.

Connecting Franconia Notch on the west with North Conway on the east are two roads. Route 302 climbs through the narrow cleft of Crawford Notch, past Mt. Washington to the pretty town of Bethlehem. Further south, one of New England’s most scenic routes climbs (and climbs and climbs) over the Kancamagus Pass. Called the Kancamagus Highway, it’s a two-lane road with a 35-mph speed limit and pull-out sites for the best views.

The Kancamagus alone provides a day’s worth of activities. Hiking trails radiate from it, and alongside are waterfalls, river ledges for sunning and swimming, picnic sites, a historic house, and a covered bridge.

While hiking is fun, it’s even better when the prize is a waterfall or a spectacular viewpoint. The White Mountains have lots of both. Our favorites are Diana’s Baths, off West Side Road in North Conway, and Sabbaday Falls, off the Kancamagus Highway. Two of the region’s prettiest waterfalls, each is less than half a mile of level walking.

Above Echo Lake at the northern end of Franconia Notch, Artists Bluff was a popular perch for painters in the days of the grand hotels. Photographers still prize its perspective on the notch, even though the short climb is steep in places.

For a longer hike, but a gentle one, take the old bridle path up Mt. Willard, at the head of Crawford Notch. From its precipitous ledges, the wild landscape of the notch lies at your feet.

Ride the train to the top 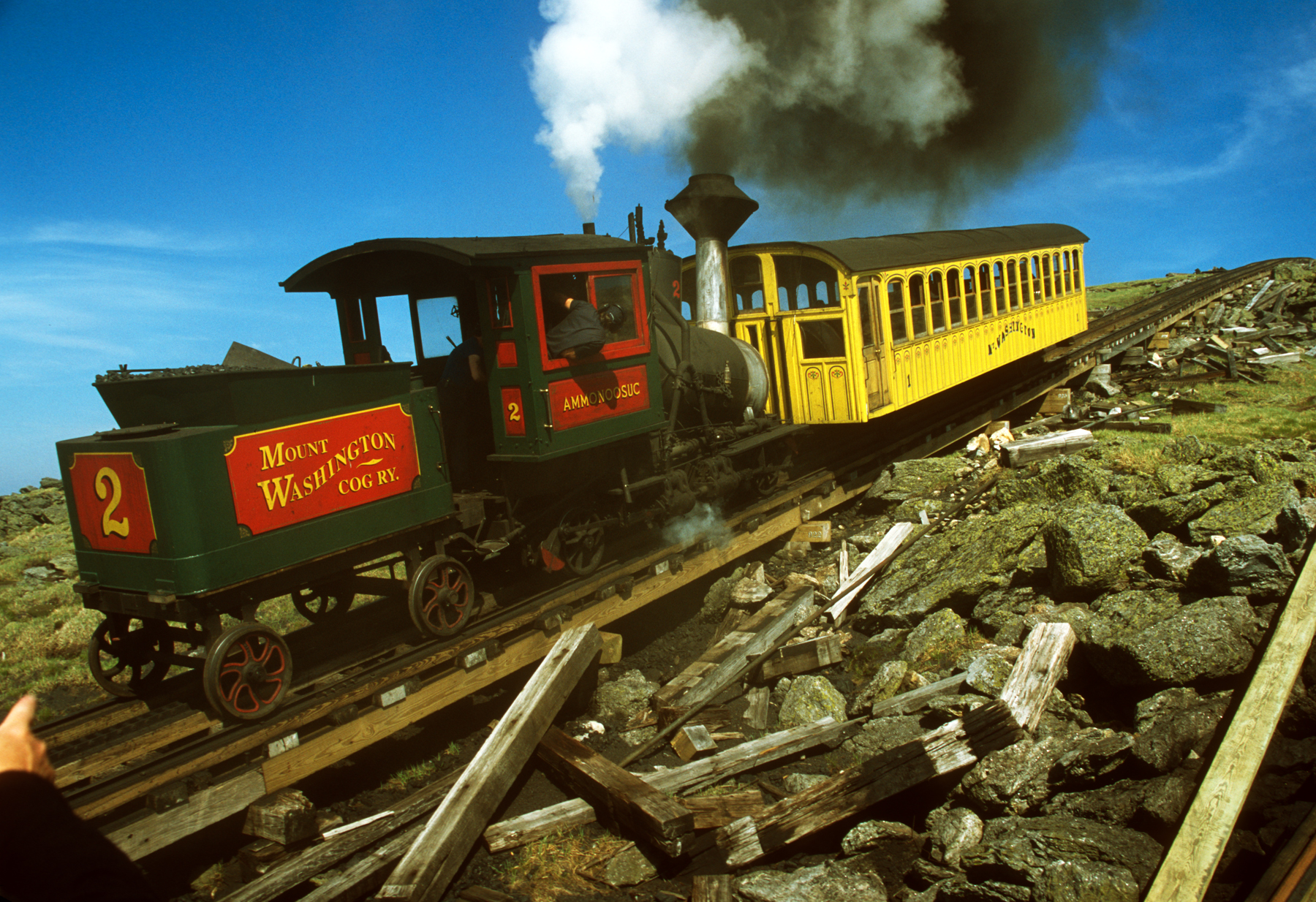 Perhaps the “top” experience in the White Mountains is riding to the top of the tallest peak in the Northeast aboard the world’s first mountain-climbing cog train. The Mt. Washington Cog Railway has been chugging its way up the mountain since 1869, revealing ever more lofty views of the Presidential Range. At the summit, join climbers and those who have arrived via the Mt. Washington Auto Road and are posing for a selfie at the sign marking the topmost point.

For less altitude but plenty of scenery, board the Conway Scenic Railroad at the grand Victorian station in the center of North Conway. The valley excursion includes views of Cathedral and White Horse ledges and panoramas of Mt. Washington and the surrounding peaks. 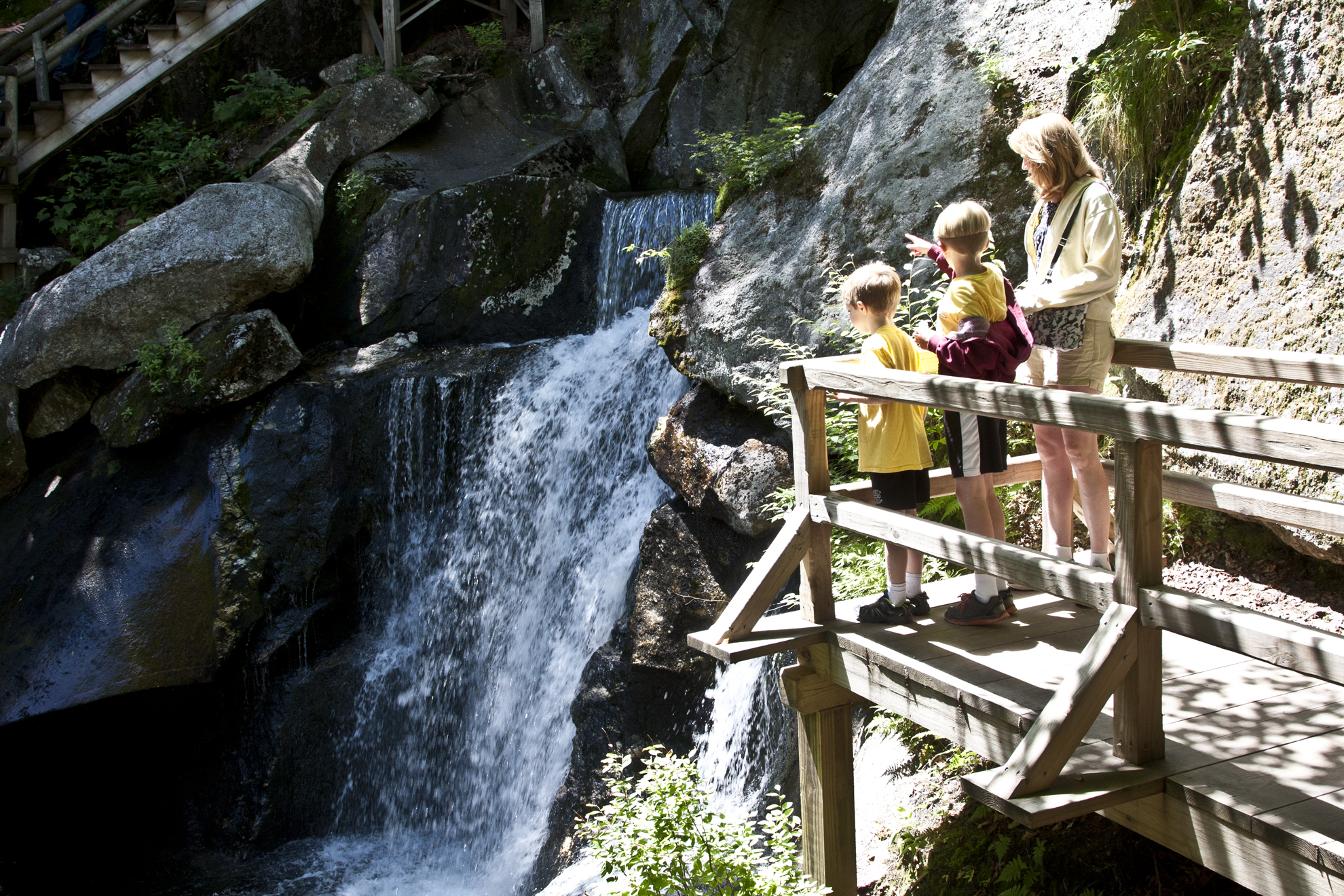 Although train rides and waterfalls may catch their interest, kids are notoriously blasé about scenery. But water slides, a cruise on a pirate ship, and bears that ride bicycles will get their attention. Story Land is a world created for kids, filled with scenes and characters from favorite books and fairy tales. You can ride to Cinderella’s Castle in a pumpkin coach, propel a swan boat around a lake or spin in teacups at the Mad Tea Party. Another section has thrill rides designed for older kids.

It’s clear that the furry animals at Clark’s Bears are having as much fun riding bikes and balancing on rolling balls as the audience has watching their antics. Some of the happiest, healthiest creatures in captivity, these bears have been raised by the Clark family after being orphaned as cubs. Two wacky fun houses, Segway rides and a steam train are all kid-pleasers, too.

The glaciers, once a mile deep above these mountains, left New Hampshire with some of its best natural attractions. A glacial waterfall carved and scoured the pot-shaped hole on the granite ledge at The Basin, in Franconia Notch. The Flume Gorge is nearby, an 800-foot chasm with a wooden walkway along the steam that carved it. 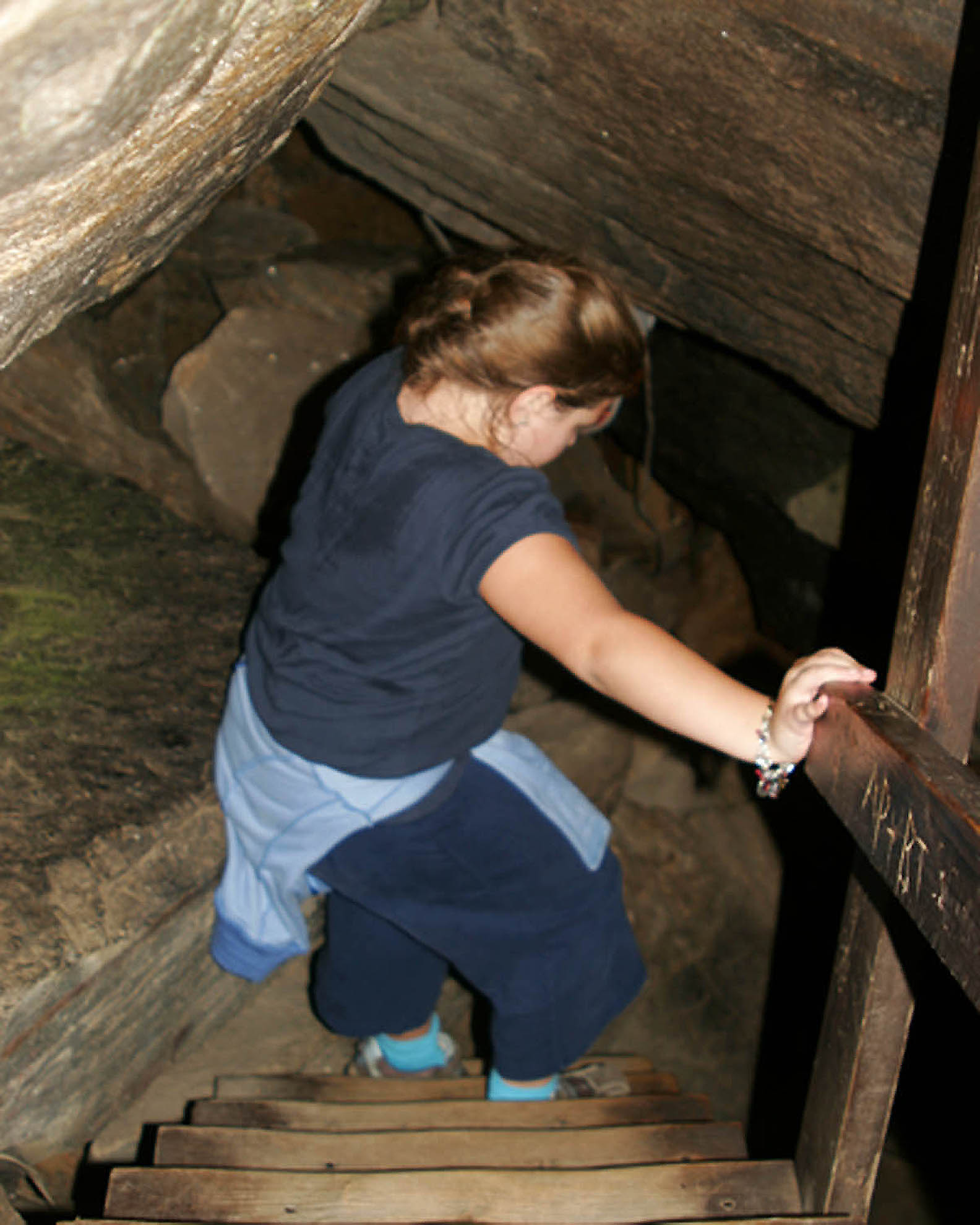 Giant boulders scraped off mountaintops as the glacier melted and moved southward formed Lost River Gorge & Boulder Cave. A river of meltwater found its way through and under these, carving channels and potholes with its swirling rocks and sand. In places, the river disappears completely underneath the ledges and boulders, hence the name. At Polar Caves, the glaciers tore off huge sections of cliff that landed in a jumble, creating caverns and passageways to explore.

Where to stay and dine in New Hampshire’s White Mountains 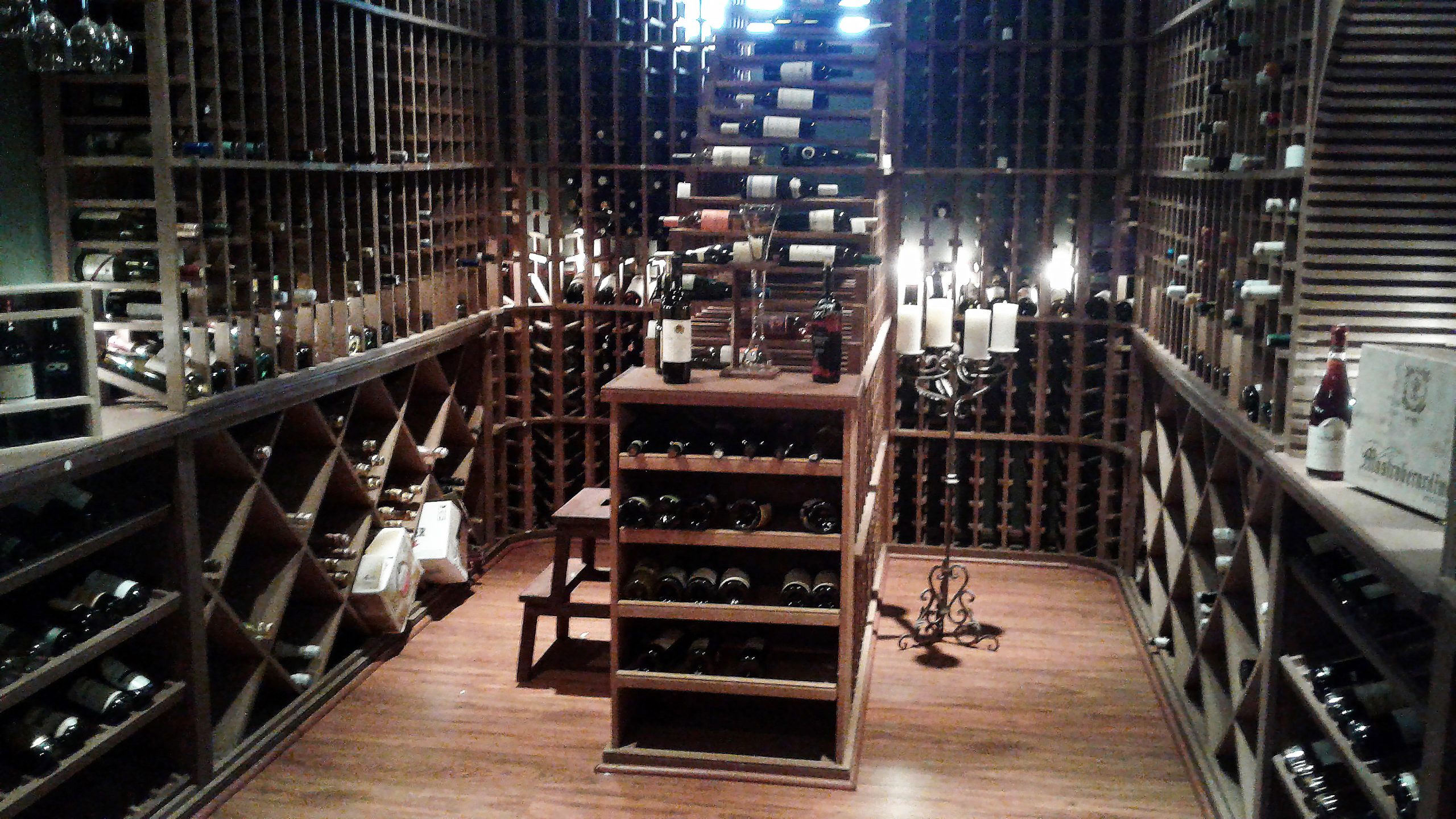 The wine cellar of the Inn at Thorn Hill, located in Jackson, NH

A few of the grand hotels built at the turn of the 20th century still welcome guests to their updated resorts. But we prefer the more intimate surroundings of the many country inns in the White Mountains. Most of our favorites occupy former summer “cottages” where wealthy families retreated from the city heat.

Adair Country Inn & Restaurant in Bethlehem is a country estate with all the luxuries of the 1920s plus modern amenities. The paneled library is an intimate bar, and the dining room is one of the region’s finest restaurants. In the summer, dine on the terrace overlooking gardens designed by Frederick Law Olmstead’s firm.

At the foot of Crawford Notch, Notchland Inn is another fine old mansion with a memorable restaurant. Inside are original decorative details designed by Gustav Stickley, one of the founders of the Arts & Crafts style.

In the post-card village of Jackson, The Inn at Thorn Hill began as a private summer home. Rebuilt after a fire, it incorporates the original style and architecture, with a broad porch for relaxing, as well as a full-service spa and outstanding wine cellar.

Christmas Farm Inn and Spa, also in Jackson, is a favorite for families, with roomy cottages on the hill behind the inn and a year-round pool. The restaurant offers European dishes (the Wiener Schnitzel is divine) and an excellent budget-friendly children’s menu. 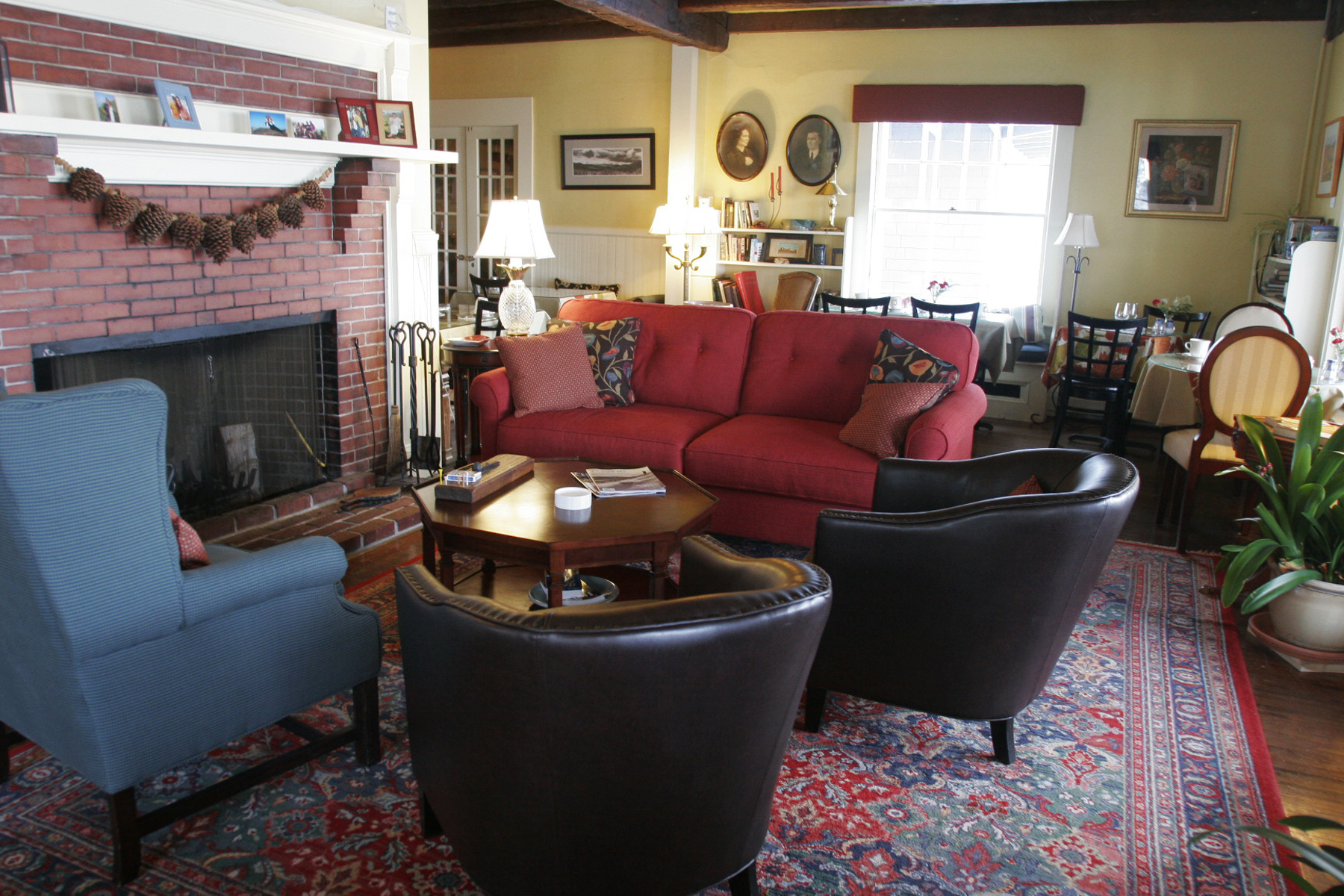 In the little town of Eaton Center, south of Conway, Snowvillage Inn sits high on a hillside overlooking a 180-degree panorama of Mt. Washington and the Presidential Range. Dine at Max’s, where the menu varies from old favorites like braised short ribs to duck breast sauced with wild blueberries.

If you prefer a larger hotel with more resort facilities, but with a family-run ethic, reserve at the White Mountain Hotel & Resort in North Conway. Newly refurbished guest rooms are spacious, and the resort has two restaurants and a heated pool. Pets are welcome, too.

While all these inns have restaurants, the White Mountains have many other dining options, especially around North Conway and Jackson. You can’t go wrong if you look for the yellow flag of The Valley Originals members. This group of local independent restaurants assures high standards, using local ingredients to prepare food fresh daily on-premises.

The White Mountains are a four-season destination. Beginning with fields of blue lupines in the spring, the seasons lure travelers with long summer days in the outdoors, brilliant fall foliage and bluebird winter days promising some of the best skiing in the East.

And in any season, the backdrop is a mountain vista.

What’s appealing to over-50 luxury travelers?

Disclosure: Barbara Rogers enjoyed a media rate at some establishments. 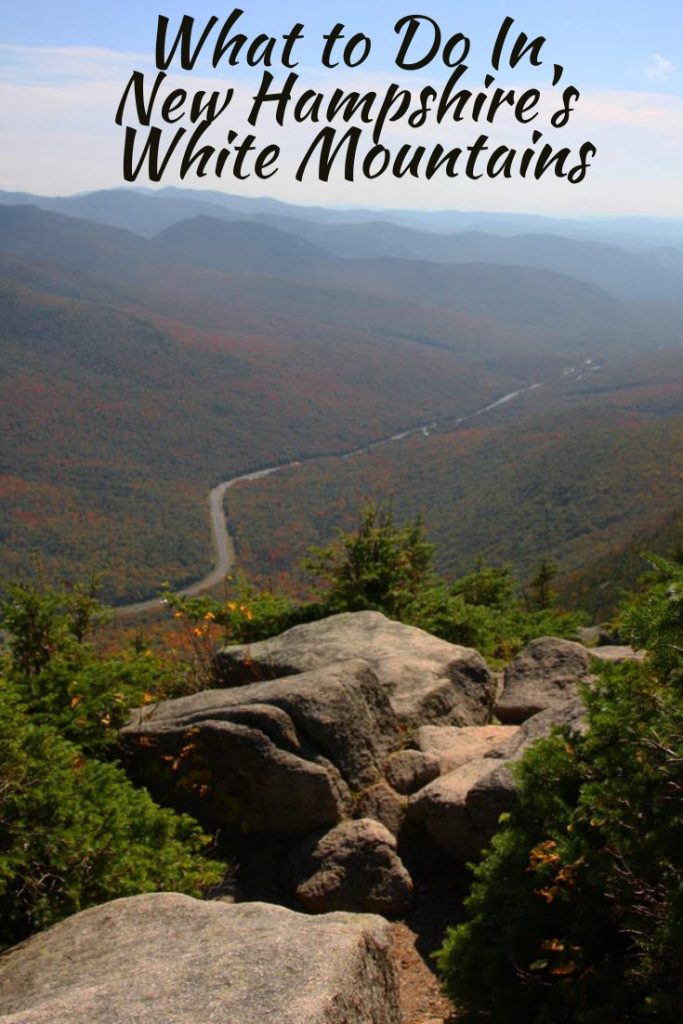