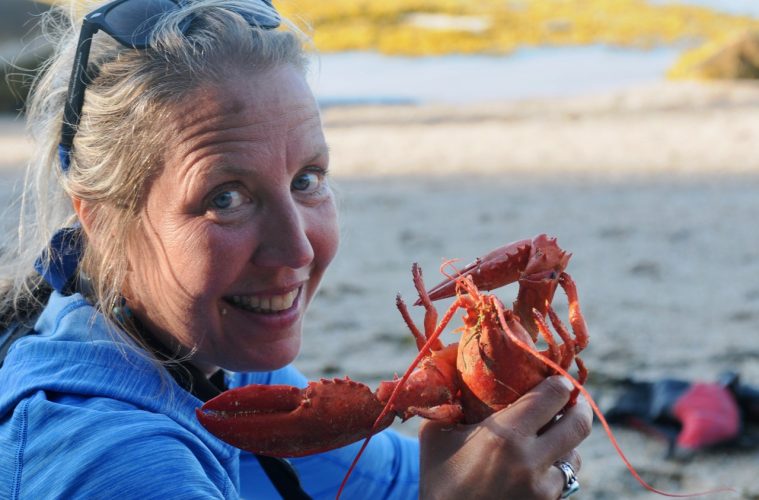 From my home office, if I crook my neck and peer through a web of branches and beyond the barn and grassy fields, I glimpse a midcoast Maine river where it begins widening into a bay. Settled by German farmers deluded into thinking they’d find rich fertile soil instead of thick forests and rocky lands, my town later earned fame for shipbuilding. These days, it’s more of a pass through for those heading down one of the two peninsulas it unites.

Which is just fine with me. I like the quietude. I love the endless miles of woods roads and trails I can walk, snowshoe, or ski. And I appreciate that those who live here range from clam and worm diggers, lobstermen, and woodworkers to skilled artists, button-down executives, and uber-wealthy summerfolk. It’s a nice mix that works most of the time.

Life Without Travel is a series of first-person accounts from the Getting On Travel team. Each post offers a personal glimpse into the lives of our travel writers and bloggers apropos of the COVID-19 pandemic of 2020. 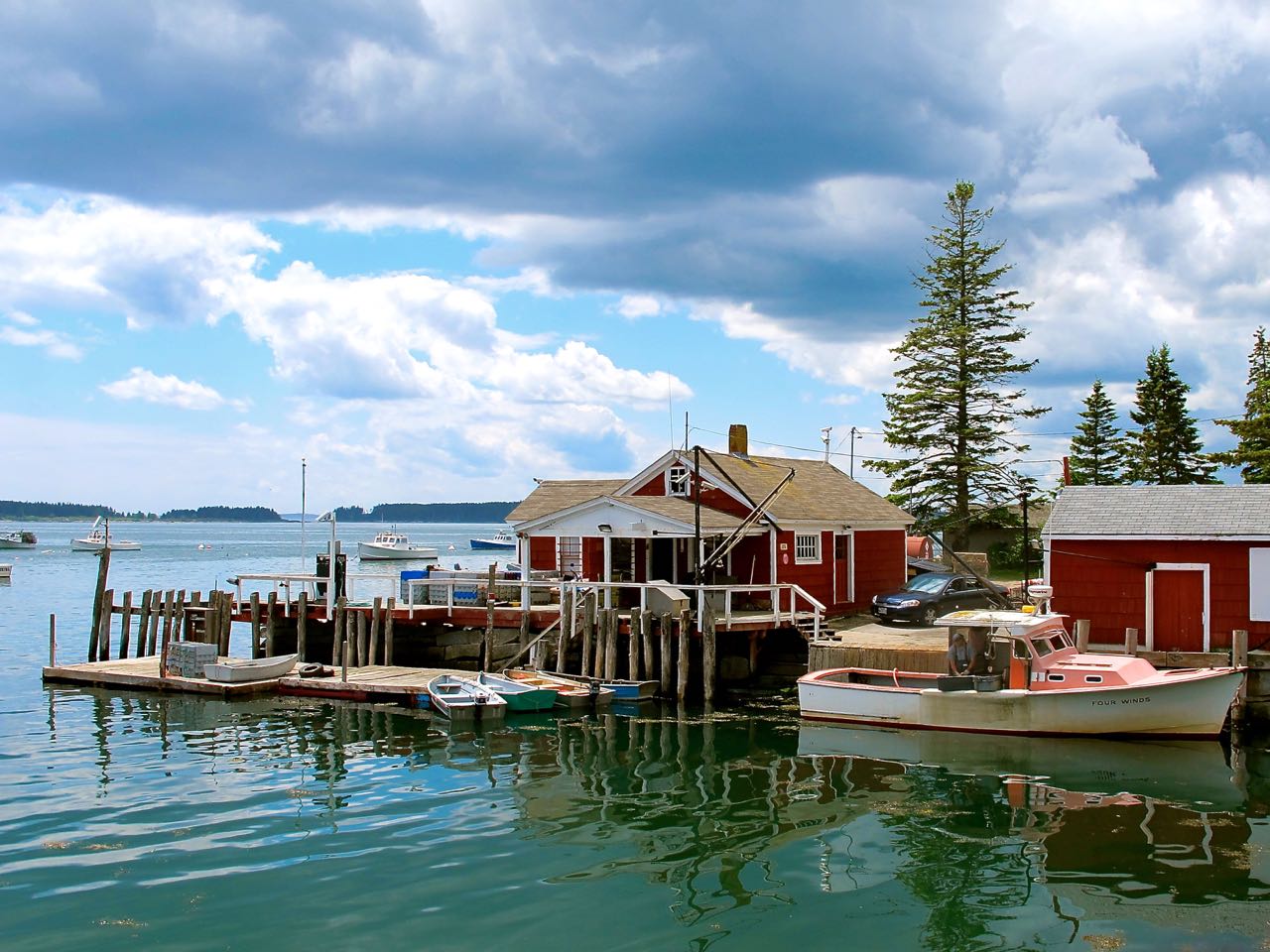 An assignment about the sustainability of Maine lobster made me realize the economic costs of COVID-19.

Maine lobstermen were already dealing with the fallout from the Chinese tariffs—China was a huge importer of Maine lobster—and pending, controversial regulations restricting gear, as well as climate change, when the market for lobster all but disappeared overnight. My sustainability story evolved from solely lobster to the survival of not only those who fish for it but also their communities: those idyllic, coastal villages wrapped around harbors filled with fishing boats and edged with wooden wharves topped with buoys, ropes, and traps.

Research on this taught me a new term: solistalgia. That’s the combination of solace and nostalgia reflecting homesickness while being a home. Initially coined to deal with climate change, I think it reflects our current state of existence:

You’ve heard the slogans and ditties: Maine, the way life should be; Vacationland; As Maine goes, so goes the nation; and The Maine Stein Song, made popular by Rudy Vallee way back in 1930. That celebratory song’s lyrics should be undergoing a revival.

Instead, my home state recently experienced every teenager’s nightmare: What if you gave a party and nobody came. That’s what COVID-19 did to the March 15th kickoff of Maine’s 200th celebrations and to the rollout of related activities and events.

Like many of you, I’ve watched my livelihood disappear. I have two existing story assignments to finish, and then my calendar is empty. Editors have stopped showing interest in Maine-themed stories—or any stories, for that matter; most are wondering if their publications will survive.

I’m supposed to research a new edition of my Moon Acadia National Park guidebook over the next few months, but that’s on hold. While I can do some research online, I won’t be able to tell what businesses survive and how those that do might change. Many of Maine’s coastal communities are especially seasonal. If the tourists and summerfolk don’t come, the very existence of those communities, like those of the fishermen, is threatened. 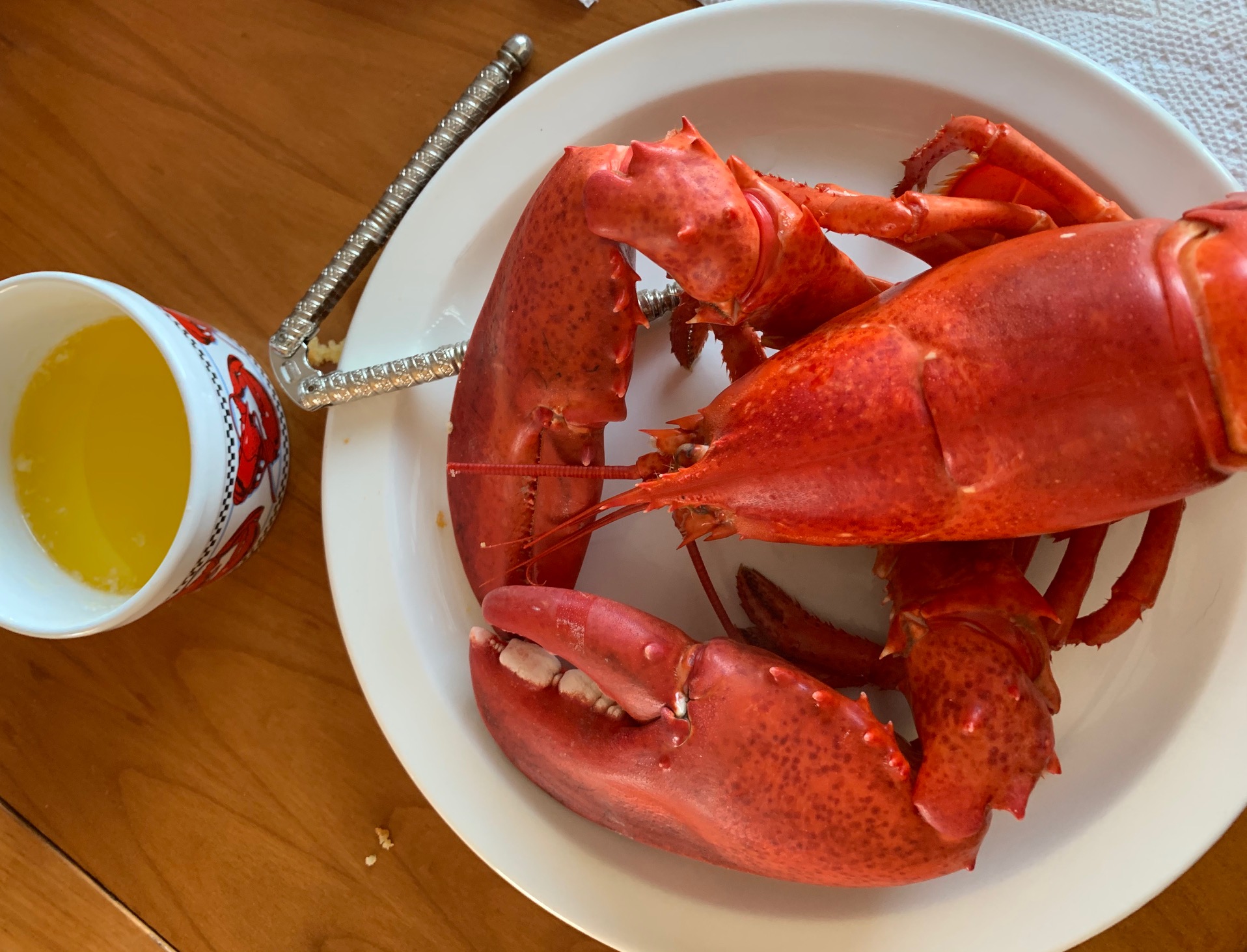 Forget the freshman 15, I’m well on my way to the COVID 19, thanks to snacking on too much chocolate and cheese. Until this week, I couldn’t exercise, thanks to a skiing mishap in early January. I’m finally allowed to start walking and doing isometric and other light exercise, as well as to drive again, but the world has shuttered. It’ll be a while before the woods roads and paths behind my house recover from March Mudness; April showers aren’t helping. (But wait! Is that a crocus?)

I’m fortunate in that I buy my meat, fish, and in season, produce, direct from farmers and fishermen in midcoast Maine. Fishermen are collaborating to sell lobster, clams, oysters, etc.; numerous outdoor farmers’ markets are operating; and many farmers have self-serve stands or online ordering. Although Maine is under at Stay at Home order, going out to purchase food is allowed.

I took advantage of a $4.50/pound price on lobster to buy direct from a lobsterman: Fresh cooked on Sunday night; lobster grilled cheese from leftovers, Monday night; and planning on a garlicky lobster pasta with what’s left. Bought sweet Italian sausage at a farm market and that along with spinach and other veggies will make a hearty brown rice, lentil and spinach soup that should last a few nights.

Speaking of recipes, I’m also using this downtime to travel through my cookbooks. I have a wee bit of a cookbook obsession—it’s my souvenir of choice when traveling. When I say a wee bit, I mean I have more than 1,000—not all from travel, mind you. Many are community cookbooks from Maine towns and nonprofits. Some are finds from used bookstores. A few aren’t even in English.

Of the ones collected during travels, I especially treasure those that not only have images but also little sidebars with stories and anecdotes. When I page through one, I’m transported back to the destination through the senses: The pictures trigger memories, the stories often remind me of local accents and characters, and the recipes tingle my taste buds and nostrils. 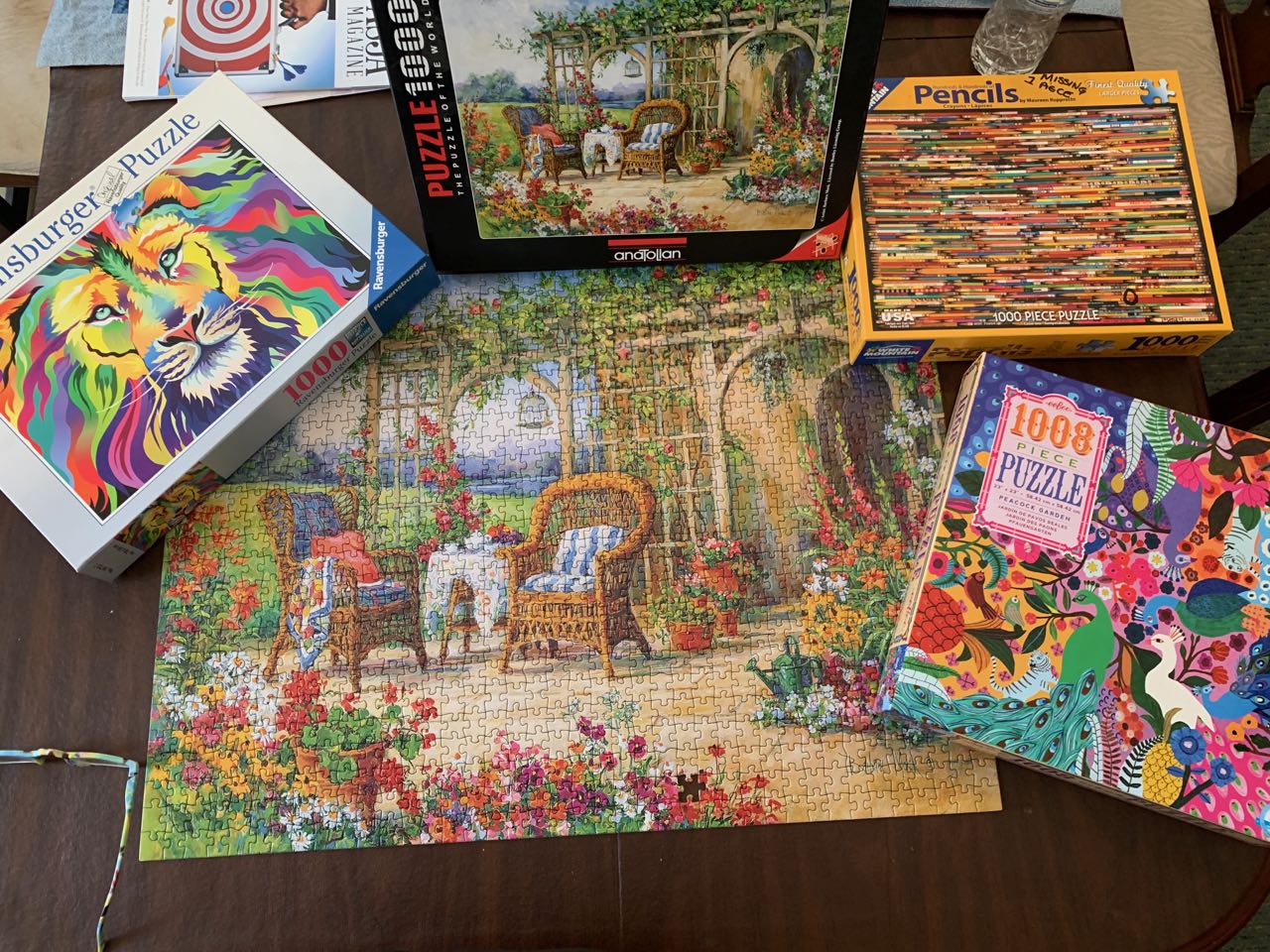 Filling time and taking out frustrations on jigsaw puzzles

Thank God for jigsaw puzzles. I trade puzzles with a friend, and some recent ones have been especially challenging. She received a birthday gift certificate for an online puzzle store only to find most of the ones she wanted were out of stock due to COVID-19 demand. She ordered a bunch of Christmas-themed ones. Well, at least those should keep her, and later me, jolly.

If you’re looking for some good reads, here are some by my favorite Maine authors and/or stories set it Maine. (Note: in no particular order)

A few of the books in one of my recently read piles.

So many more, but these should keep you busy for a while.

I hope when the world rights itself and reopens for business, you’ll visit Maine and perhaps celebrate the state’s 200th birthday at one of my Maine Travel Maven alter ego’s favorite Maine lobster shacks.

In between authoring three Moon-series Maine guidebooks, “Maine Travel Maven” Hilary Nangle has skijored for Snow, cast a line for National Geographic Traveler, breakdanced an Olympic downhill for VIA, bared her soul for Organic Spa, savored the world’s best chocolates for Black Card/Luxury, slept around for Jetsetter, sipped screech for Ski, square-danced for Private Clubs, beach-bummed for The Guardian, perused Mumbai’s markets for Life Refined, and almost petted a lion for Home & Away.