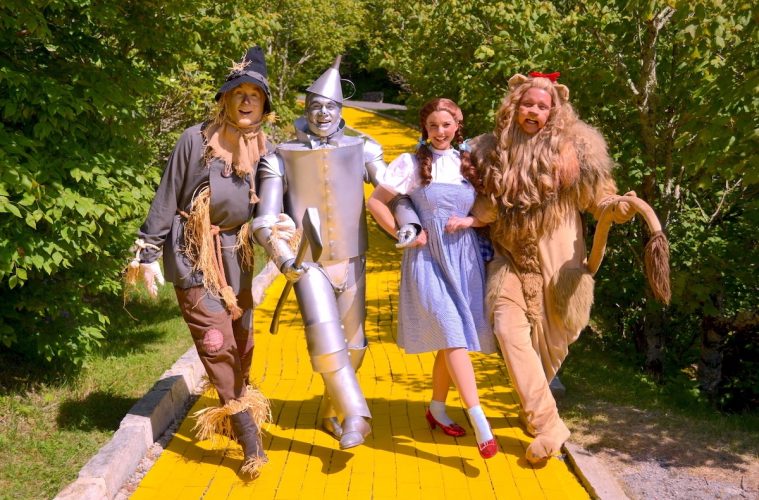 Land of Oz in NC Delights ‘Wizard of Oz’ Lovers

When offered the chance for a behind-the-scenes tour at Land of Oz, a once-beloved theme park in the North Carolina mountains, that was incentive enough to pack and go.

I invited my sister Darlene along, reminiscing how long ago we’d sat mesmerized in front of our black-and-white TV. Then we were enthralled by all things Oz, terrified by the Wicked Witch of the West and those flying monkeys.

The event also was near my sister’s birthday, so the trip was a win-win. We could treat her to a nostalgic journey to the Land of Oz and recapture our childhoods.

Her response? An immediate “Yes!” Through the years, she had remained a “Wizard of Oz” super fan, even re-watching the movie the night before we left.

…just like a Hollywood ending, a new life was coming.

We were curious, too. Despite hearing about the Beech Mountain, North Carolina, theme park for several decades, we’d never visited it.  After a massive 1970 grand opening, with a ribbon cutting by Debbie Reynolds and daughter Carrie Fisher, the park drew 400,000 in its premiere year.

The park didn’t always have the best reputation. Unfortunately, it fell into disrepair a decade later after the development company’s bankruptcy, improvements proving too costly, and it was afflicted by fire and vandalism. Nevertheless, just like a Hollywood ending, a new life was coming. 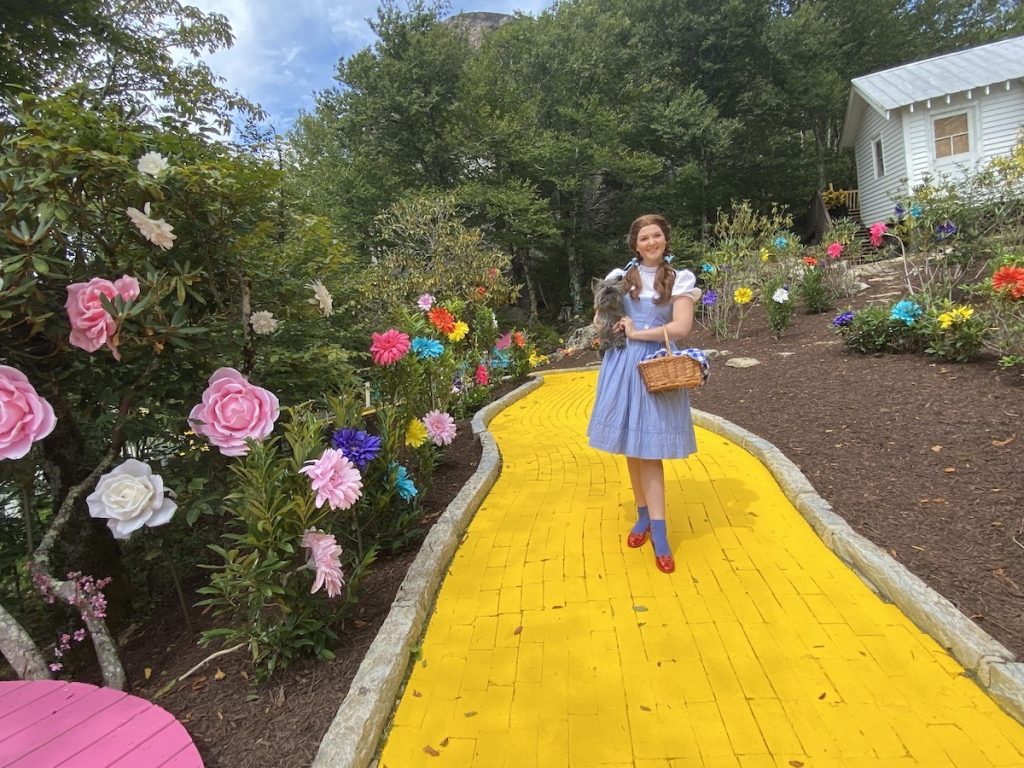 Dorothy on the yellow brick road

In the 1990s, annual reunions of original park employees opened to the public and topped with 8,500 attending in 2009. By 2013, the park added “Journey with Dorothy” as a weekly tour.

In 2019, the park celebrated with the cast of Broadway’s “Wicked” in honor of the movie’s 80th anniversary. However, COVID-19 brought another closure in 2020, with the park reopening in 2021. 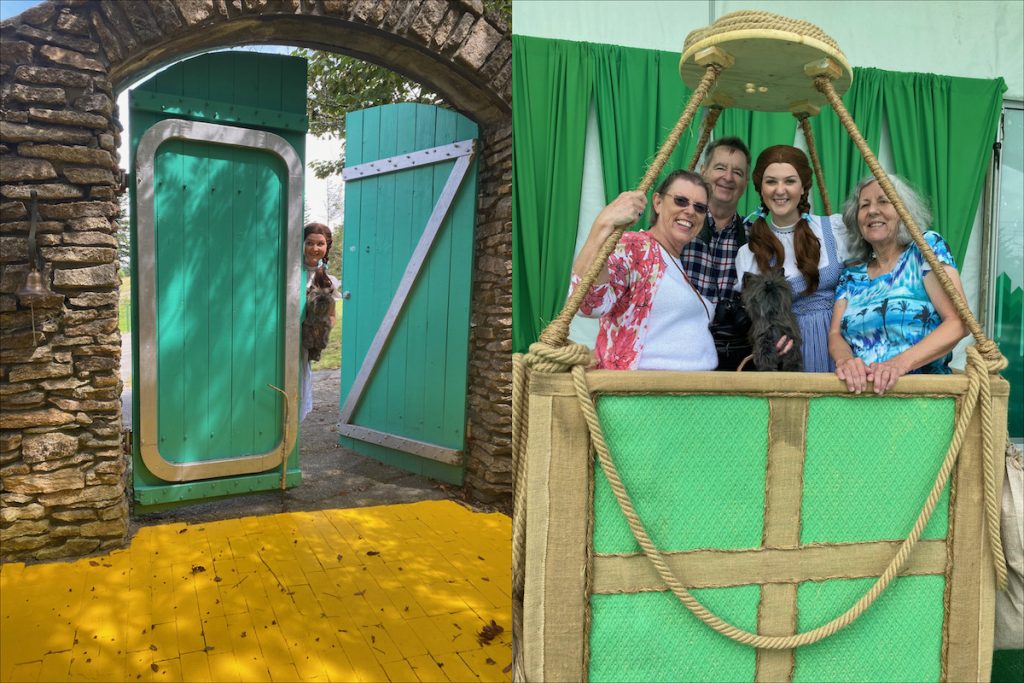 The authors and Darlene in the hot air balloon (credit: Fletcher Newbern)

For 2022, the park added attractions:

Also, one of the park’s original 1970’s metal balloon with pieces from the original ride has been refurbished. That ride was via ski lift.

Experiencing the Land of Oz in North Carolina

Having read all that background, we were excited to explore.

We first walked past the Fountain of Youth, suggesting that the best approach to the park is with a child’s sense of wonder. Next, we studied colorful banners describing the park’s history and the movie’s stars. Then, we found ourselves in front of the Gales’ farmhouse with its red barn and a cornfield, plus Professor Marvel’s traveling wagon.

Already enthralled, but who should meet us on the front porch but Dorothy herself? We and others posed for pictures, including a darling pair of young Dorothys among the sneak-peek guests. 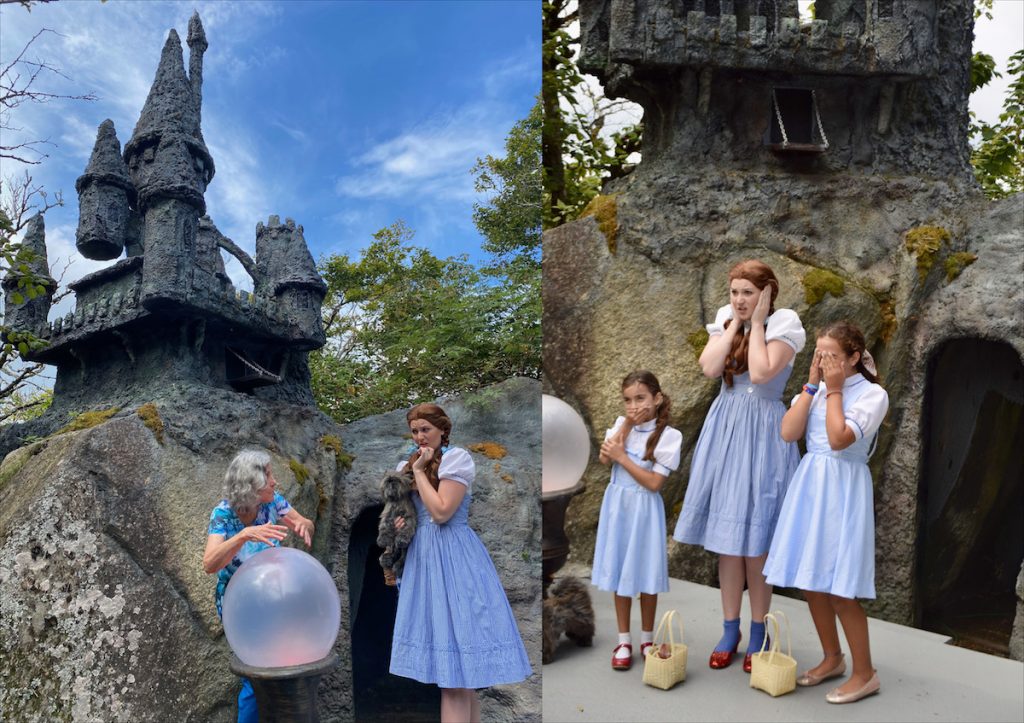 Darlene and the Dorothys at the Witch’s Castle

Next, we walked through the house, including Dorothy’s bedroom and the kitchen. Just beyond, we took stairs down, and — voila — we were in a “tornado” with neon images all around us highlighted by black light. We especially smiled at the Witch on her broom and “Surrender Dorothy” written in the sky.

We finally stepped into the Land of Oz, and onto the yellow-brick road with all 44,000 bricks intact.

We passed Munchkin Land with colorful, small décor (but no characters). And at various stops, we saw where Dorothy would run into the beloved Scarecrow, Tin Man, and the Cowardly Lion. We all shot plenty of photos and repeatedly posed with an always smiling and always in-character Dorothy as our guide.

Falling for its charms 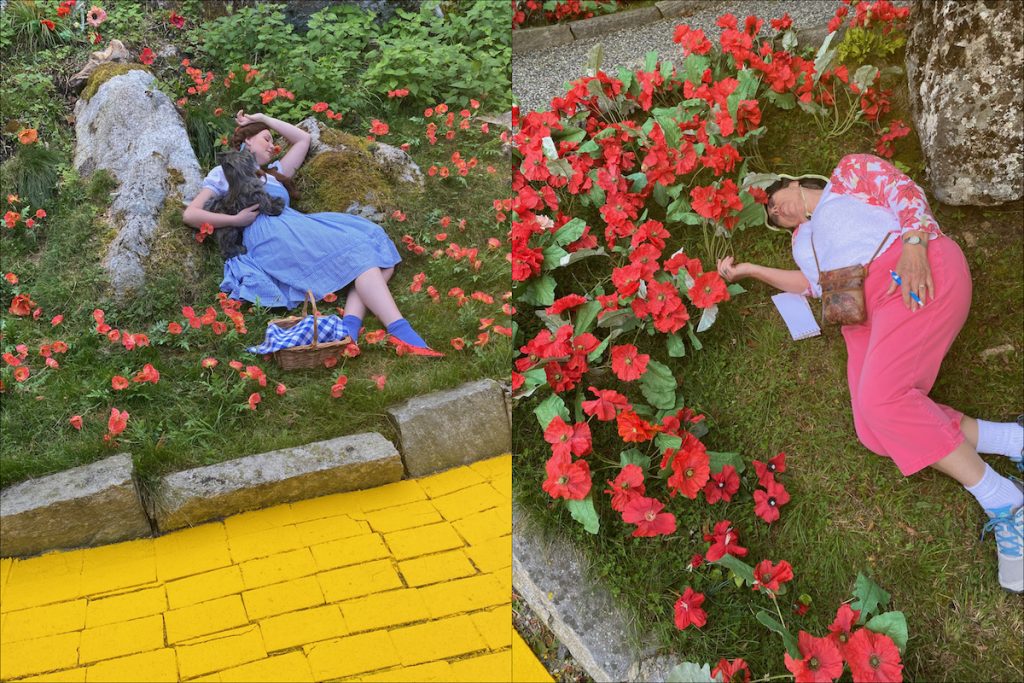 Falling asleep in the poppies in the Land of Oz (credit: Fletcher Newbern)

Several attendees skipped arm-in-arm with her on those yellow bricks. Then, feeling playful, I approached the field of 4,000 poppies and spontaneously dropped down asleep, reporter notebook on the ground and pen still in hand.

At the Witch’s Castle, my sister Darlene got into the spirit, portraying the Witch gazing into the giant crystal ball outside the ominous black castle as Dorothy looked on in fright. Clever signs depict silhouettes of each main character along with arrows so guests know what’s coming next.

Before the Witch’s castle are warning signs, Keep Out and Go Away, plus a poster for Dorothy Gale, wanted for murder, trespass, and theft. It noted, “If found, approach with caution and do not remove her shoes. Deliver to The Wicked Witch.” 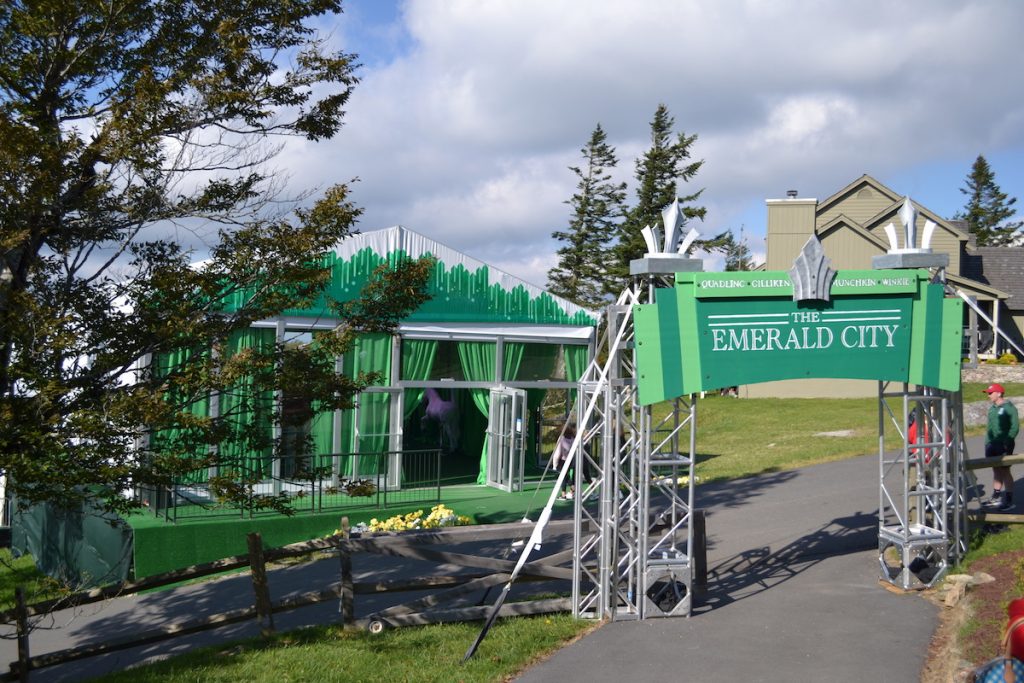 New entrance to the Emerald City

When opened, the large gate delivers visitors into the Emerald City, depicted inside a large tent. Our final stop was for a photo of us all in the balloon basket with Dorothy.

And her little dog, too.

All photo credits: Land of Oz (unless otherwise noted)

Disclosure:  The authors’ behind-the-scenes media tour was sponsored by Land Of Oz, and two-night condo accommodations were provided by Beech Mountain Realty and Rentals working with the tourism office for Beech Mountain, NC 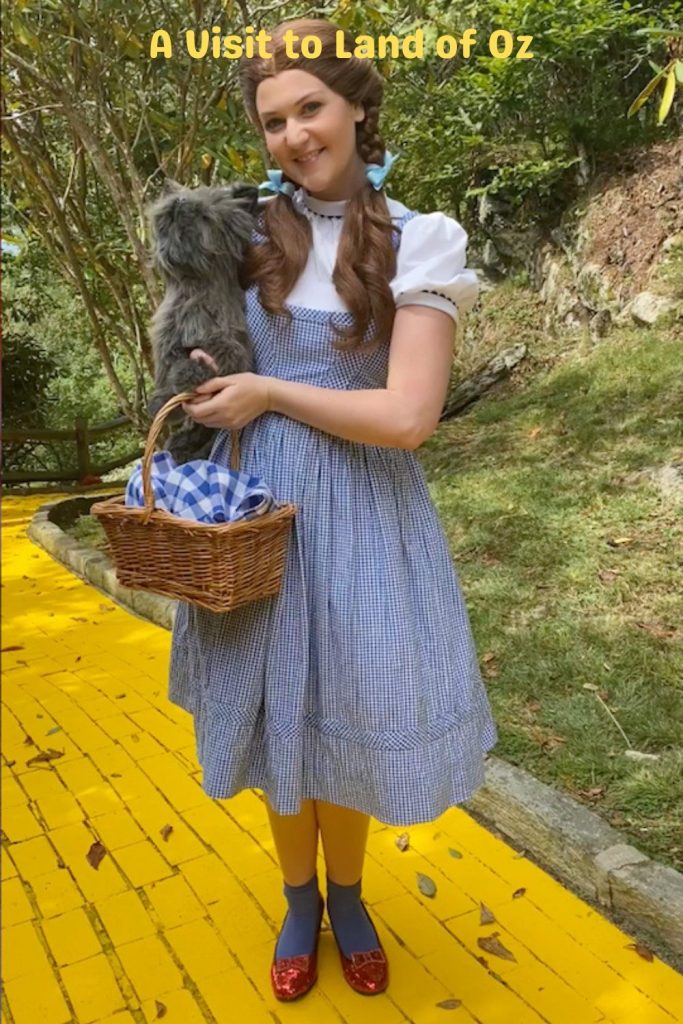