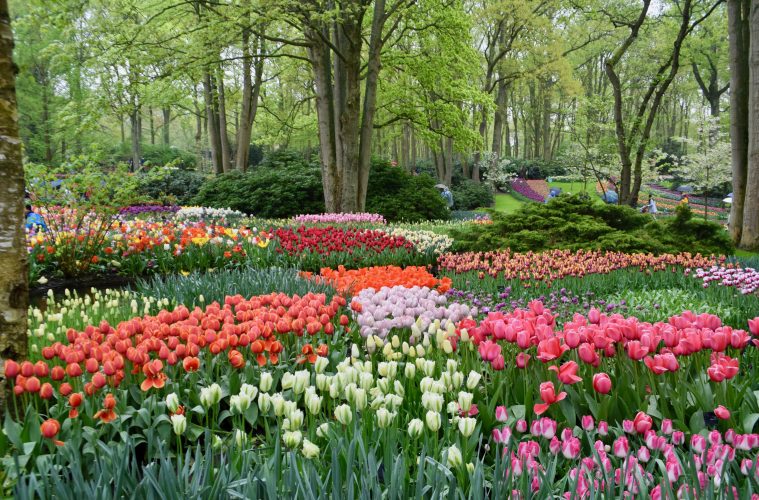 Keukenhof Tulips: A Must-See in Holland

Funny how things work out, right? Thanks to a comment at a family get-together, we were able to check-off one of our Bucket List experiences – seeing Holland’s Keukenhof tulips in all their colorful glory. 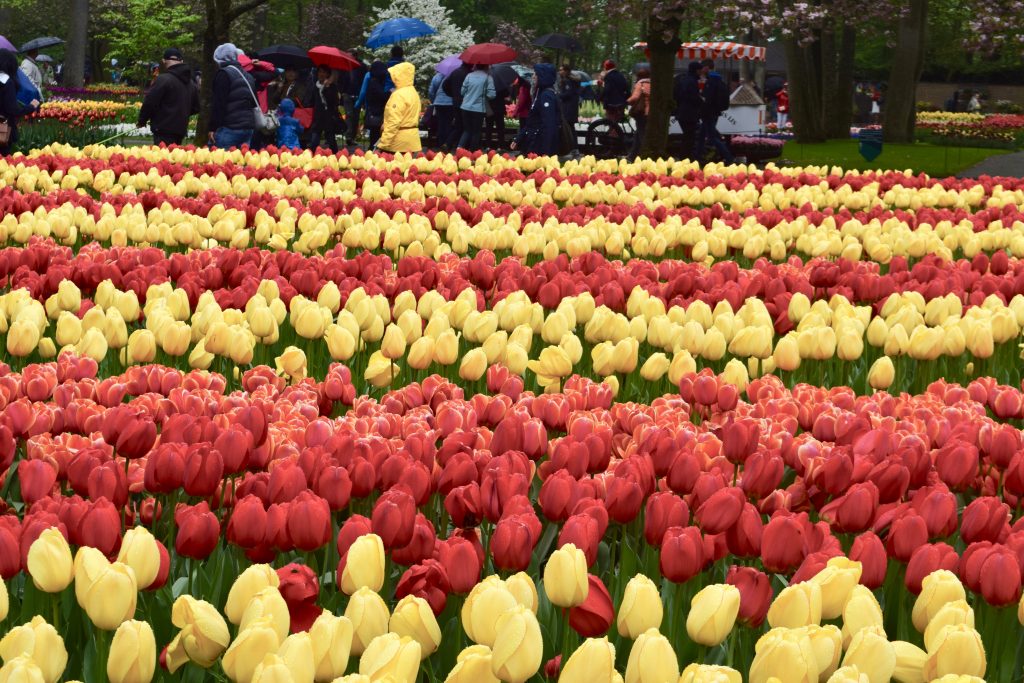 Keukenhof Tulips in their glory

Our niece, who spent a semester of study abroad in Austria, wisely spent her long weekends exploring, including seeing tulips in the Netherlands.

Over Easter family dinner, we excitedly announced we’d be sailing on a luxury river cruise on the Rhine. That’s when our niece replied, “You’re going to be in Amsterdam during tulip season.”

Eureka. We hadn’t put together the two – the spring blooming season with our Basel, Switzerland, to Amsterdam seven-night “Rhine Highlights” cruise aboard the Scenic Ruby.

It would be our second river cruise on the Rhine, our first with Scenic, and now, thanks to that comment, our first time seeing those long-anticipated tulips in riotous bloom.

Keukenhof, one of the world’s largest gardens with more than seven million tulip, hyacinth and daffodil bulbs, did not disappoint.

The 2018 season had as its theme “Romance in Flowers,” which we took as a sign of destiny for two reasons: First, we not only are travel writers but also romance novelists at our company, YourNovel.com. Second, fellow cruise passengers were celebrating their 40th wedding anniversary on Scenic Ruby in the exact area where they honeymooned.

And get this: Our rather last-minute outing was dependent on weather. So rather than book an Amsterdam excursion for our final day of the cruise, we had waited—just in case. Turns out, there was a little rain, but not enough to deter us, and the gardens in Lisse would be fairly easy to reach via a train then a dedicated bus.

That info in hand, we made our final decision – tulips were a go. That’s when we happened to run into the anniversary couple over breakfast and invited them to tag along. 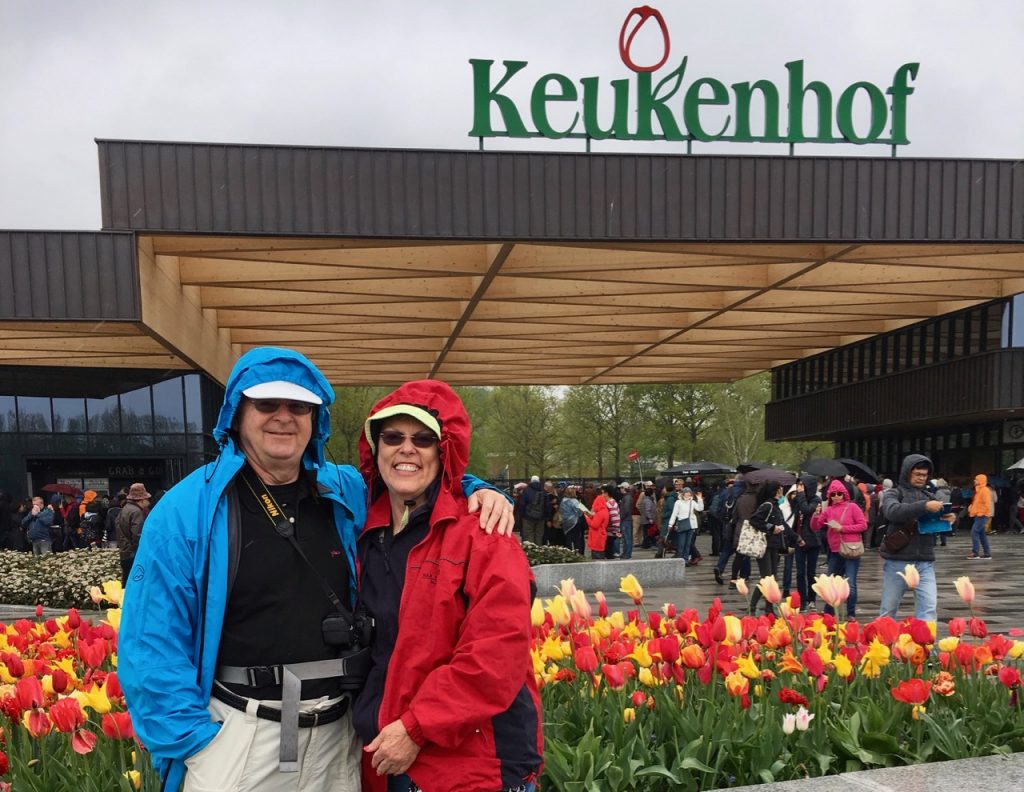 The authors at Keukenhof (Photo by Susan R. Pollack)

They excitedly agreed, also not having yet booked an excursion for the day. In fact, they’d been trying to plan a post-cruise stay nearer the gardens just to see the tulips. What luck and timing, and how appropriate that the day’s theme at the gardens was “Love is in the Air.”

Keukenhof was nothing short of magical for all of us. 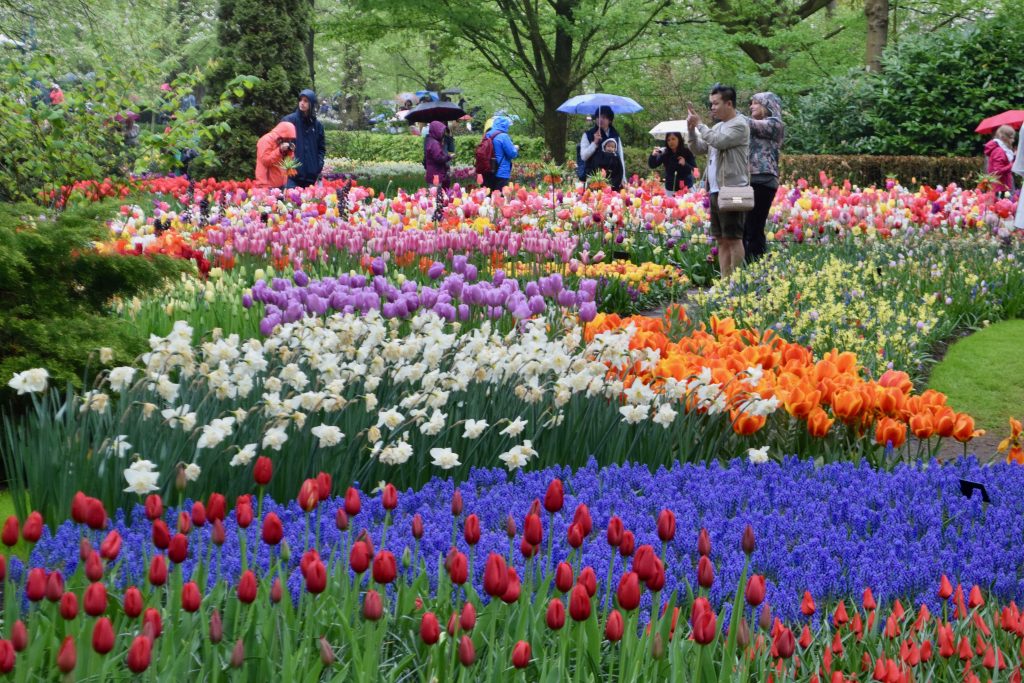 Keukenhof: Nothing short of magical

One hundred bulb growers had supplied bulbs to the park with 500 growers participating in the 2018 flower shows for the site’s 69th season, which, we later learned, attracted one million-plus visitors.

Information provided by Scenic Cruises had given us some background on tulip mania dating back in the 17th century. Thanks to Dutch trading with Turkey, then Constantinople, the exalted flower was introduced here, so honored that Turkish sultans had held long-ago tulip parties. Much, much more can be found on the Keukenhof website.

Suffice it to note that the Netherlands is the world’s largest producer of tulip bulbs, nearly 25,000 acres yielding 4.2 billion bulbs each year. Approximately half of those are exported.

We allotted about four hours, but on a sunny, spring day, a visitor could easily spend a full day exploring the 79 acres of well-marked trails, viewing water features and sculptures plus various pavilions dedicated to specific plants, such as an orchid and anthurium show.

A restaurant and snack spots are on site as well as a picturesque windmill that’s climbable. 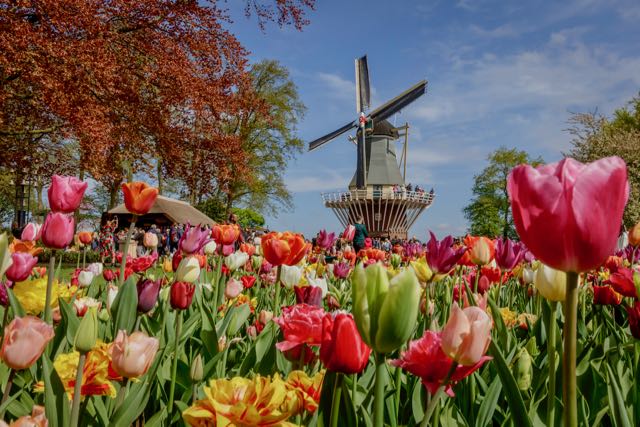 Biking the area surrounding Keukenhof is also a popular option. For the younger set, the playground, petting zoo, maze and free scavenger hunt are musts. There’s also an electric boat cruise near the park.

Be sure to get the whole scoop on what the authors saw and did aboard Scenic Ruby on the Rhine River on Voyages Magazine!

Disclosure: The authors voyage on the Rhine was hosted by Scenic Cruises.