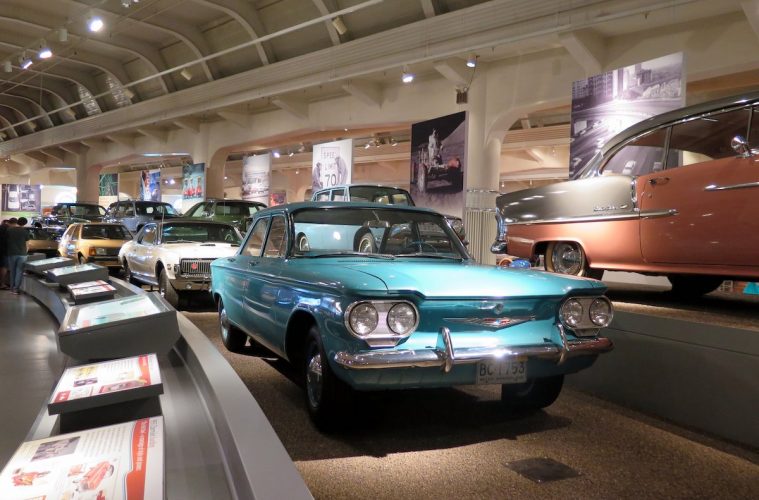 The Henry Ford: A Lesson In American History and Ingenuity

I’m pretty sure I learned in elementary school that Henry Ford invented the assembly line. Turns out, it was actually Ransom Olds, of Oldsmobile fame, who invented and patented the assembly line in 1901. But it was Ford and his employees who perfected it, introducing in 1913 a moving conveyor system that brought vehicles from station to station, which allowed for large-scale manufacturing. The result was Ford’s Model T, produced quickly and affordably. The rest, you might say is history.

I found much of that history on display at The Henry Ford, which triumphs American ingenuity and resourcefulness with the Henry Ford Museum of American Innovation, an open-air museum called Greenfield Village, and tours of the Ford Rouge Factory. Spread over some 250 acres in Dearborn, Michigan, The Henry Ford chronicles 300 years of history with 26 million artifacts.

It’s not the kind of place you want to rush through; plan on at least two days to do it justice. 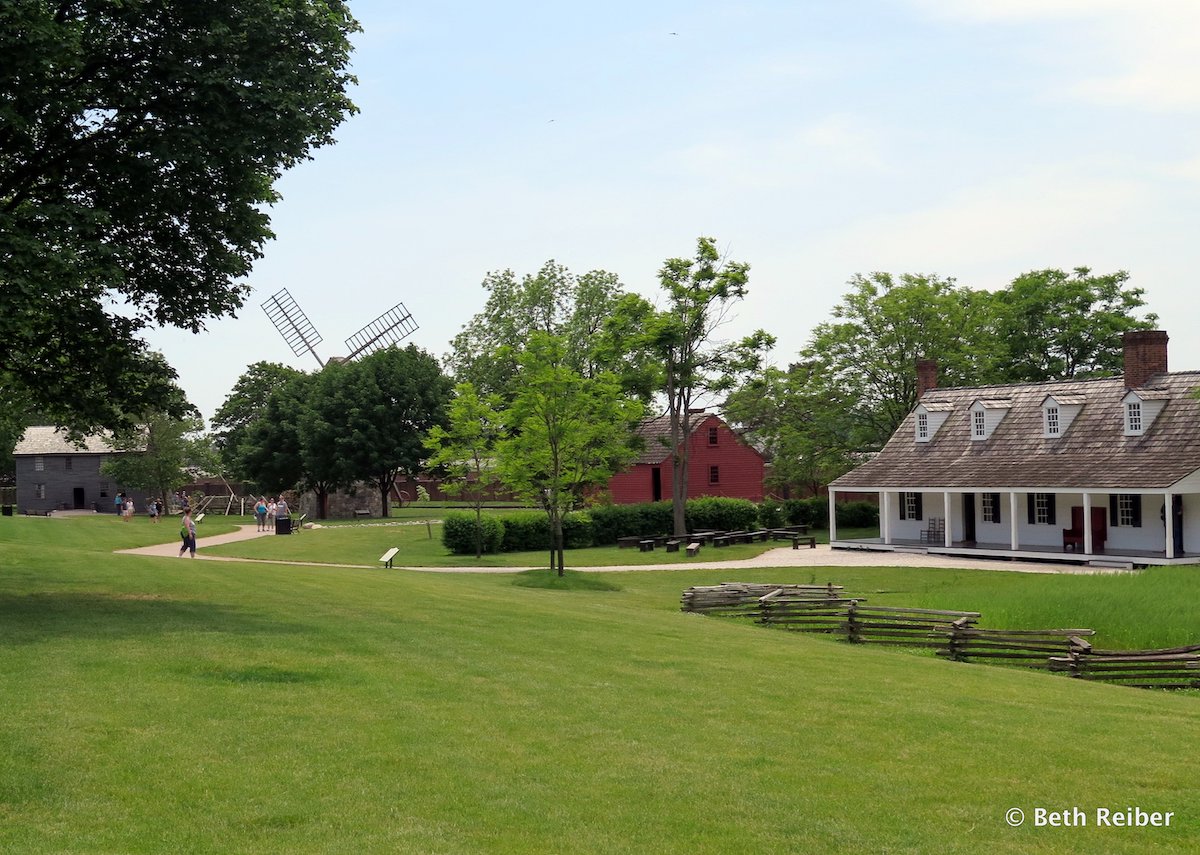 Farmsteads, homes and businesses are spread on 80 acres of Greenfield Village

Born on a farm in 1863 in what is now Dearborn, Michigan, Henry Ford developed an early fascination for how things worked, whether it was water wheels, watches or machine design. After working as an engineer for a variety of companies, including the Edison Electric Illuminating Company in Detroit, Ford founded the Ford Motor Company in 1903.

After introducing the Model A, Model N and other models, in 1908 Ford brought out the Model T. Considered the “motorcar for the great multitude,” it became a huge hit due to its ease of operation and, after the introduction of the assembly line, affordability. By 1922, half the cars in America were Model Ts. By the time production ceased, in 1927, 15 million had been sold.

Henry Ford died in 1947, but he left behind one of the largest collections of Americana in the world.

By the early 1930s, the Ford Rouge Plant in Dearborn was the largest industrial complex in the world, producing glass, tires, steel and other components, in addition to completed cars. In 1932 Ford invented the lightweight, inexpensive V8 engine. Eventually, however, competition from automobile companies like General Motors and Chrysler toppled Ford from its top position. For my grandparents’ generation, it’s probably safe to say that the automobile was the most influential development of their lives, opening the country to exploration and mass migration.

Henry Ford died in 1947, but he left behind one of the largest collections of Americana in the world. It started in 1919, when he saved his boyhood farmhouse from destruction by moving it and restoring it to how it looked in 1876.

That was followed by restoration of his old one-room schoolhouse and a stagecoach inn he and his wife had visited. Naturally, he needed things to put in them, so he also became an avid collector of antiques. Both the Henry Ford Museum and Greenfield Village opened in 1935. 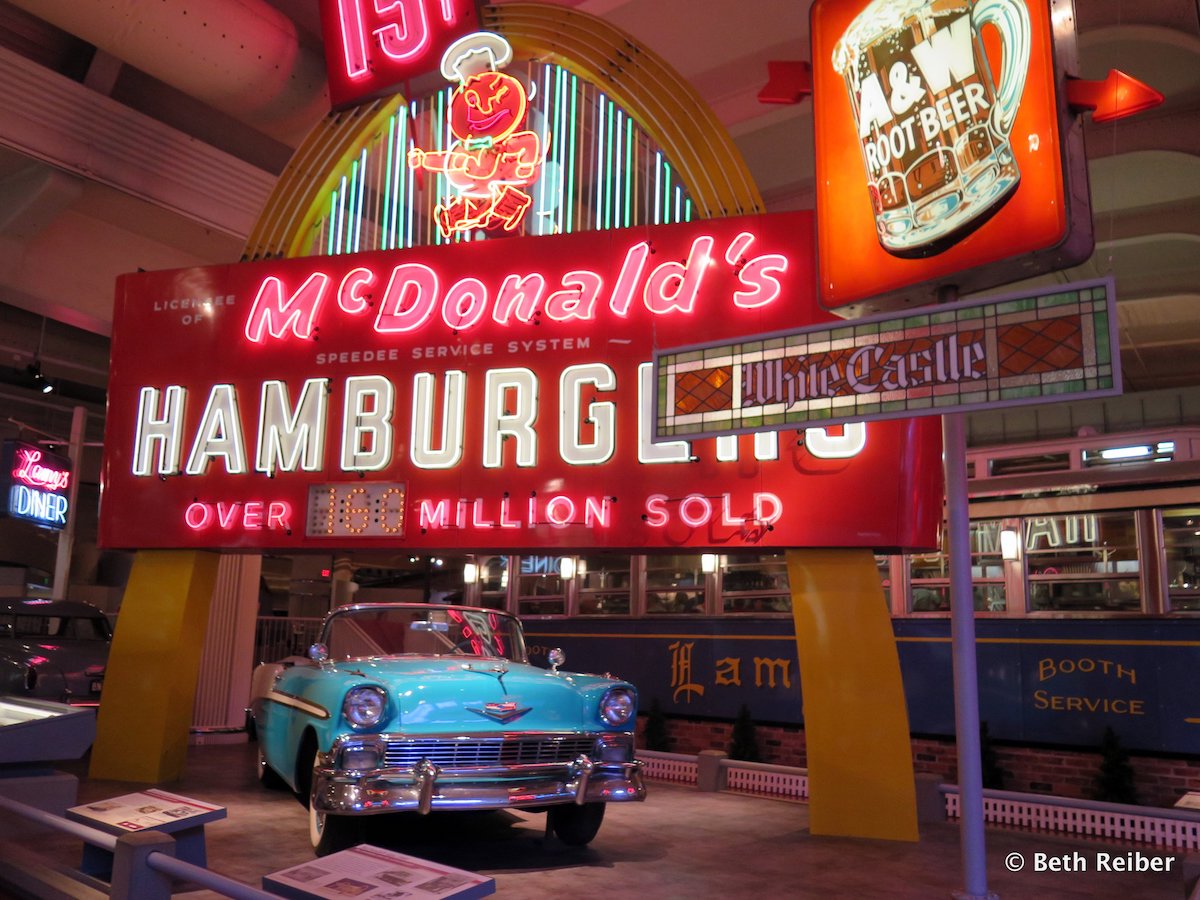 Iconic signage from America’s love of the open road

Entry to the Henry Ford Museum of American Innovation is through a replica Independence Hall, complete with its clock tower (understandably, Philadelphia wouldn’t relinquish the original). Automobiles, of course, play center field in the vast museum, with approximately 130 models on the floor.

The oldest is the 1865 Roper, powered by steam and the oldest surviving American automobile. Ford’s early models also grace the lineup, including a 1909 Model T, which sold for $850. By the time the last Model T rolled off the assembly line in 1927, the price had dropped to $269 due to the efficiencies of the assembly line.

You’ll also see Henry Ford’s first race car, built in 1901, along with other race cars like the 1967 Ford Mark IV, which won the 24 Hours of Le Mans (unless you’re a whiz about race cars, see the 2019 film Ford vs. Ferrari before visiting the museum, which will give what you see more meaning).

The Bugatti Royale is one of the museum’s more rare vehicles, one of only six ever made and costing a whopping $43,000 when it came out in 1931. There are also five presidential cars, including those used by Franklin Roosevelt and Dwight D. Eisenhower. None is more chilling than the 1961 Lincoln limo in which John Kennedy was assassinated. 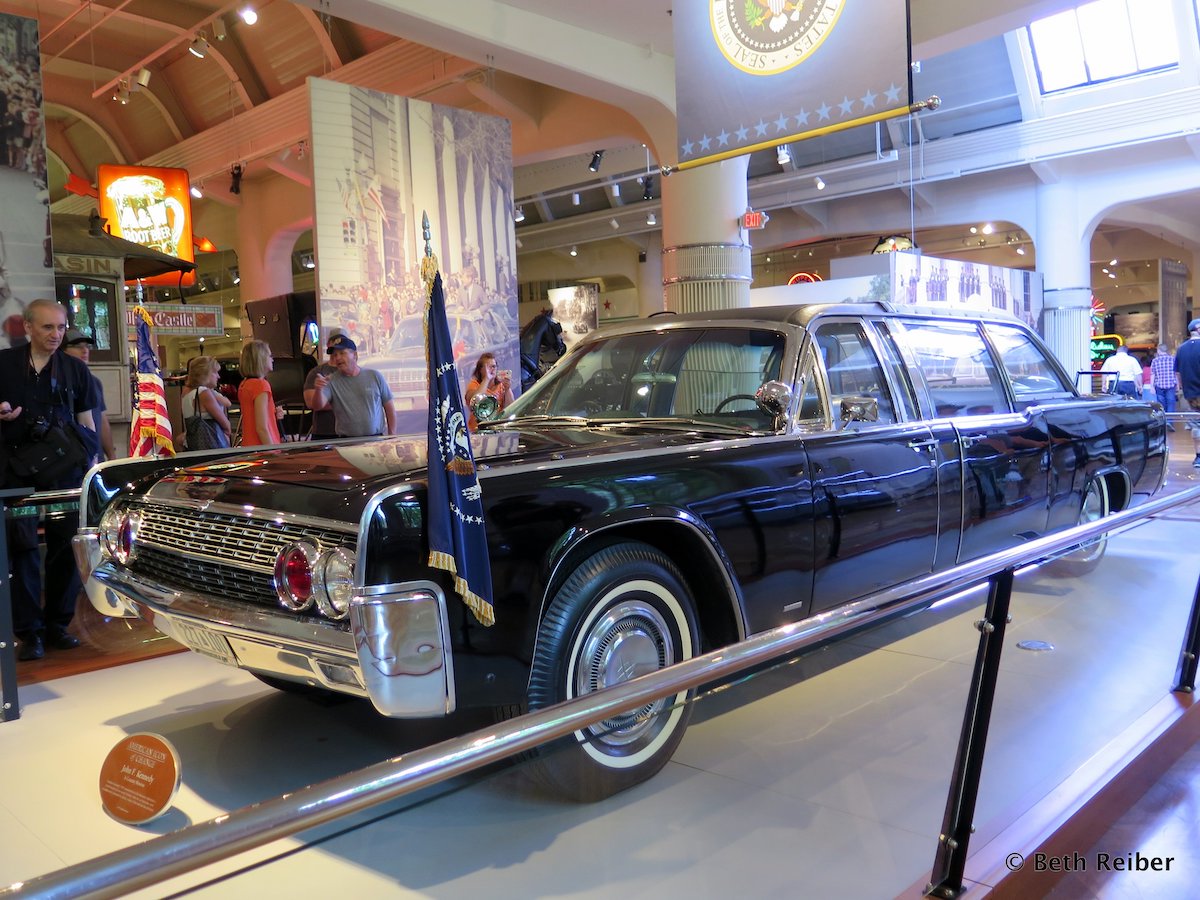 President John F. Kennedy was assassinated in this 1961 Lincoln Continental on November 22, 1963. It was later rebuilt with a permanent roof and remained in White House service until 1977

Because I have pop-up tent trailer (1996 Skamper), I’m always curious to see early recreational vehicles. At the museum, I found a 1927 pop-up, a 1949 Airstream and a 1959 Volkswagen Westfalia (I have fond memories of touring the Rockies and Tetons with a college friend in a VW camper). 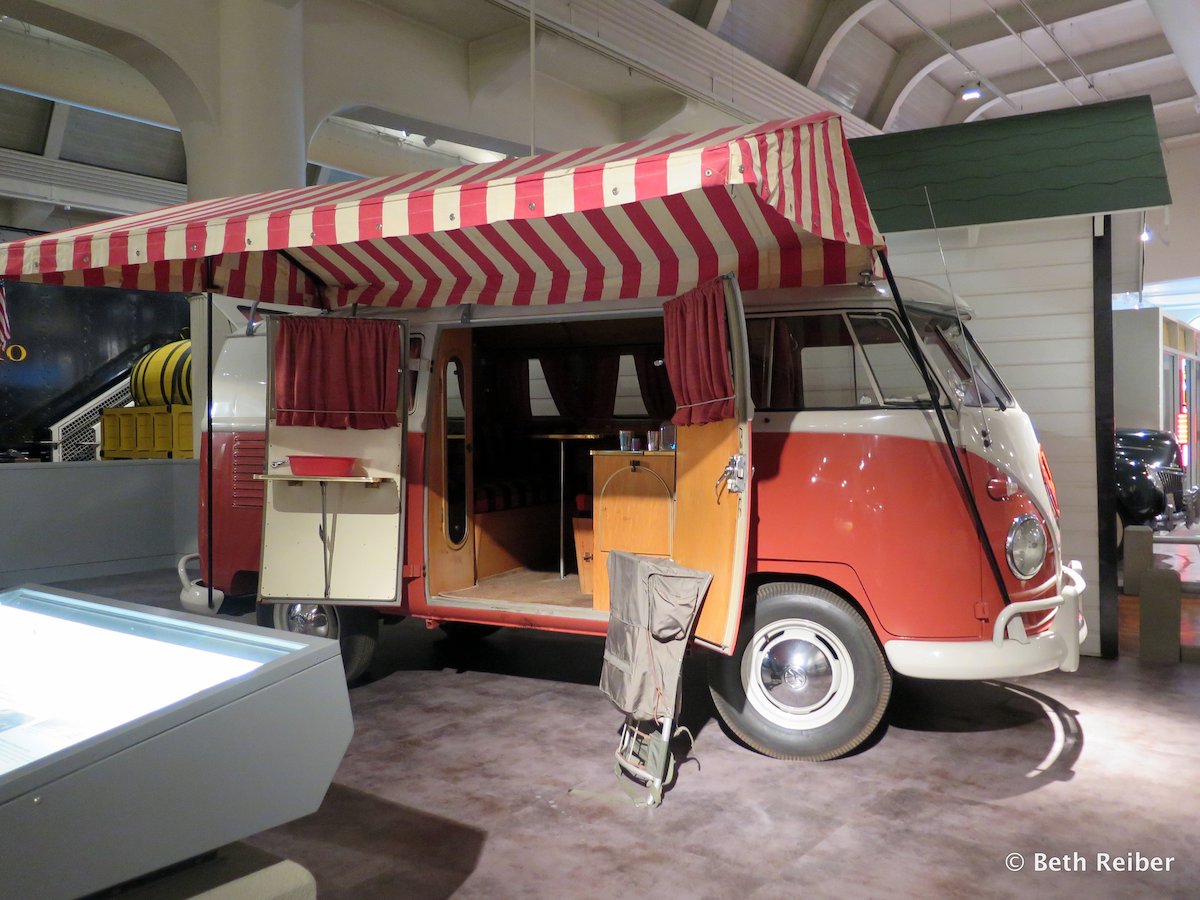 Of course, America’s obsession with the open road extends to the lifestyle that accompanied it, with related museum exhibits including the familiar roadside signs for Holiday Inn and McDonald’s, both from the 1960s. Hungry? Sidle up to a table at Lamy’s Diner, a classic 1946 New England diner serving up clam chowder, chicken salad sandwiches, and meatloaf and mashed potatoes.

The museum’s railroad exhibit includes one of only two surviving 1941 Allegheny steam locomotives, one of the largest and most powerful steam locomotives ever built. It could pull 160 coal cars through the steep grades of the Allegheny Mountains; during World War II, it hauled military troops, injured soldiers and prisoners of war.

There are also steam engines once used to power factories, including the oldest surviving one, a 1760 steam engine imported from England. The collection of agricultural equipment includes tractors, and all the tools and machinery farmers used to grow crops, raise livestock, process eggs and dairy products, and do other chores.

All of these artifacts are put into context in various themed areas, making a trip through the museum like a walk back in time.

In a section of the museum called “With Liberty and Justice for All,” there’s the rocking chair Abraham Lincoln was sitting in when he was assassinated in Ford’s Theatre in 1865, as well as the Montgomery bus that sparked the Civil Rights movement when Rosa Parks refused to give up her seat to a white man in 1955. 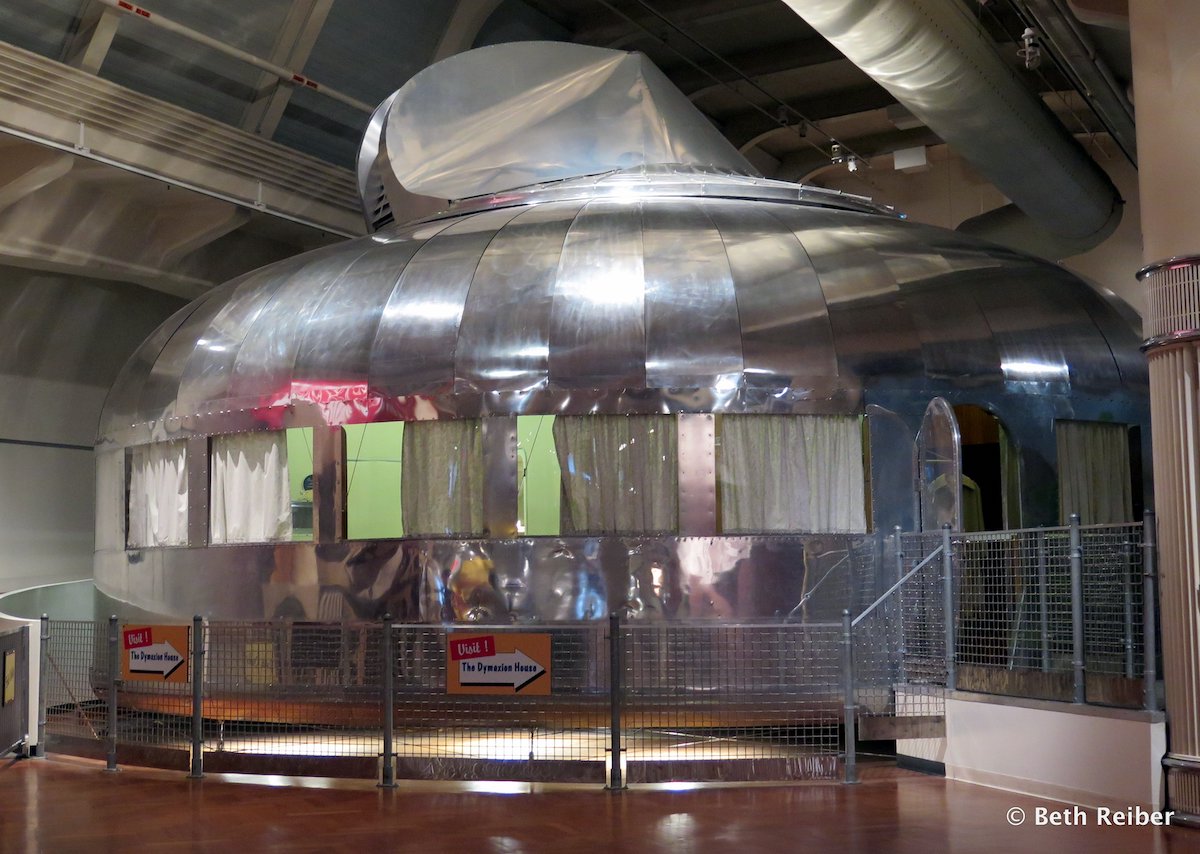 This Dymaxion House, one of two prototypes of Buckminster Fuller’s “house of the future,” served as a family home near Andover, Kansas

One of the coolest exhibits is the Dymaxion House, and not just because an acquaintance of mine grew up in it. Designed by architect R. Buckminster Fuller, the 1946 circular house was to be the home of the future, lightweight but strong, sustainable and cost-effective. Only two prototypes were ever built, however, and this one, donated by my friend’s family, is the only one that survived. Features include revolving, space-saving closets, downdraft ventilators to reduce dust, a gallery kitchen, and two bathrooms.

All of these artifacts are put into context in various themed areas, making a trip through the museum like a walk back in time. 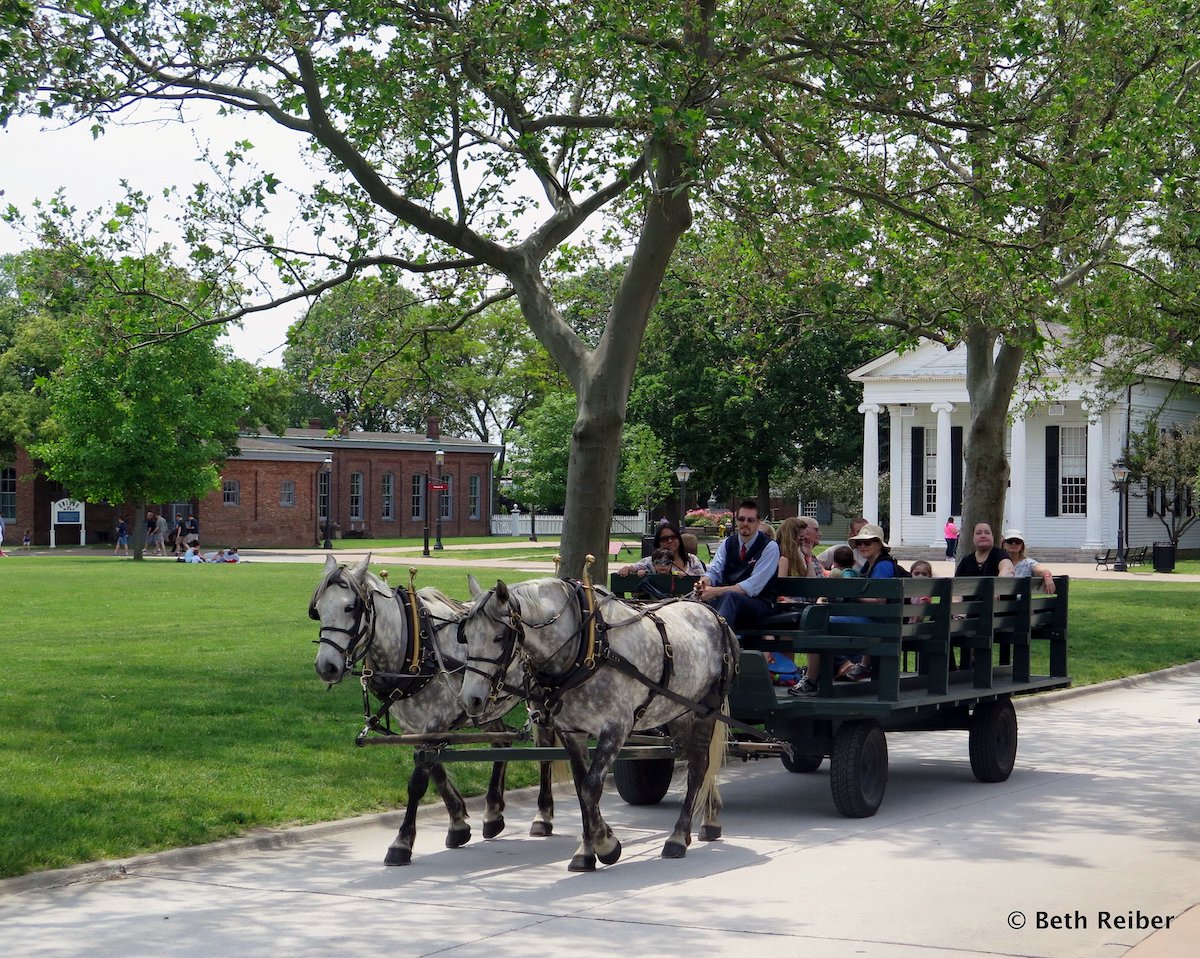 Greenfield Village is laid out like a real town. It offers homes from different eras and styles, four working farms (complete with chickens, horses, and gardens), various businesses, and administrative buildings including a courthouse and post office. All are staffed by people in period clothing. Although you can walk the 80 acres, there are also lots of old-timey modes of transportation, including horse-drawn carriages and omnibuses, vintage Model Ts, and the Weiser Railroad pulled by steam or diesel locomotives.

In addition to Henry Ford’s boyhood home, you can see Noah Webster’s 1823 house, a 17th-century stone Cotswold cottage from southwest England, brick slave quarters from the Hermitage Plantation near Savannah, Georgia, and an 18th-century farmhouse from Connecticut, among others.

The Wright brothers’ 1871 family home is here, as is their Wright Cycle Shop from Dayton, Ohio, where they conducted aviation experiments and built their Wright Flyer in 1903, the first successful heavier-than-air powered aircraft.

For a meal, there’s no more authentic place to dine than Eagle Tavern, built in Clinton, Michigan, as a stagecoach stop between Detroit and Chicago. Exuding the atmosphere of a mid-19th-century tavern, it offers mostly locally sourced meals inspired by 1850s recipes, such as oyster fritters or roast chicken with cranberry sauce.

The museum and village can easily gobble up two days, but if you have more time sign up for the Ford Rouge Factory Tour, where you’ll see a 13-minute film about the history of the Ford Motor Company, learn what went behind the production of the Ford F-150 truck, and walk on an elevated walkway for views of the assembly line where the very successful F-150 truck is made. There’s also the Giant Screen Experience, with a changing roster of 3D films good for the whole family.

I thoroughly enjoyed my visit of The Henry Ford, but afterwards I was taken aback upon learning that Ford was a well-documented anti-Semite. In fact, I was so upset that it colored my experience for a long time, making it virtually impossible for me to write about my visit. His views were written for all to see in his newspaper, The Dearborn Independent, which carried his weekly series titled “The International Jew: The World’s Problem,” maintaining that Jewish groups conspired to achieve worldwide domination.

But is it right to hold his progeny responsible for what Ford thought and did? Surely, I, too, have some nefarious characters down my long line of ancestors.

And so I searched The Henry Ford’s website for references to his anti-Semitism, which conceded that ‘the episode tarnished his reputation and it has never been completely forgotten.’

I also looked for Jewish contributions to the museum. But beyond industrial designer Henry Dreyfuss, brothers Max and Morris Grabowsky of Rapid Motor Vehicle Company, Mattel Toy Company owners Elliott and Ruth Handler, and a few others, there aren’t many. Notably, however, Ford’s most prolific architect was Albert Kahn, who designed many Ford buildings, including the Rouge plant.

In the end, I decided that each person must decide where to shop, what to support, and where to go based on their personal moral compass. Henry Ford did leave behind a national treasure heralding American history and ingenuity. Too bad he couldn’t see the whole picture.

The Henry Ford During COVID-19

The Henry Ford is a great learning destination with the kids or grandkids, making it a great multi-generational outing.

For more on Michigan, see:

Disclosure: Beth Reiber visited The Henry Ford as part of a press trip connected to a travel writers’ convention.

N.B.: This post was previously published on June 2, 2020 and was recently updated to reflect current information. 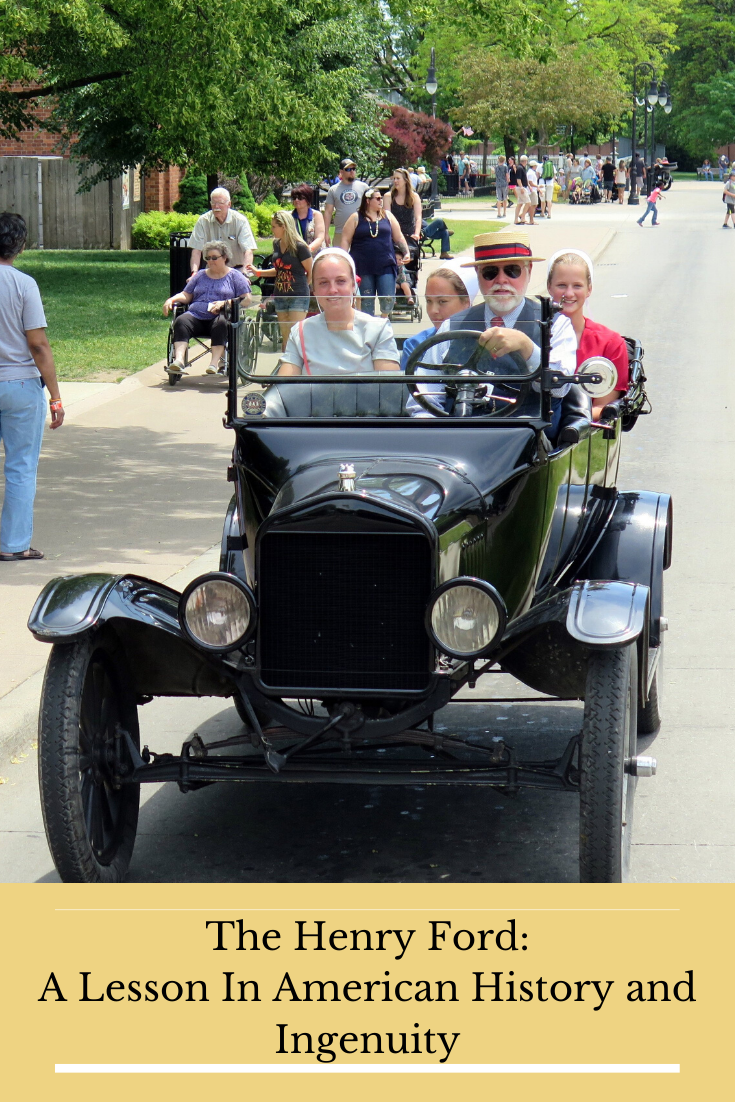