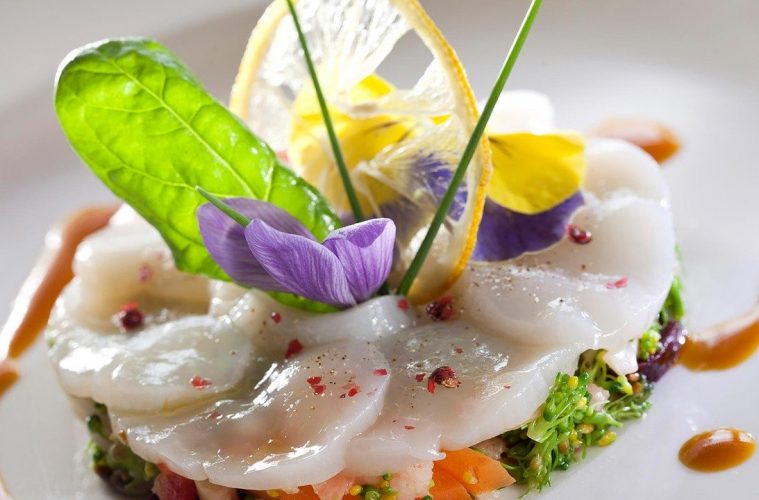 Culinary Travel: Dishes That Linger On Our Tastebuds – The Americas

When it comes to culinary travel in the Americas and culinary travel, in general, our contributors have a lot to say. What was originally to be a single post boiled over into a delicious three-part series, Dishes That Linger on Our Tastebuds. Asked to share a favorite culinary memory from their travels, they dished about experiences from rustic fare to gourmet meals.

We learned that when it comes to culinary travel memories in the Americas (or elsewhere), it’s not just just the taste that flavors the experience, but often the setting and story behind the food. Take a seat at our table and join us for the first of this three-part series, Dishes That Linger on our Tastebuds, covering experiences in the Americas, Europe, and Africa & Asia

Also, be sure to read:

Let us know what you think in the comments, and tell us about any “most delicious culinary moments” of your own!

Culinary Travel in The Americas

In The Americas, our memories of culinary travel include dishes from Louisiana, Maine, and  Scottsdale in the U.S. and Canada, Mexico, and Peru.
___________ 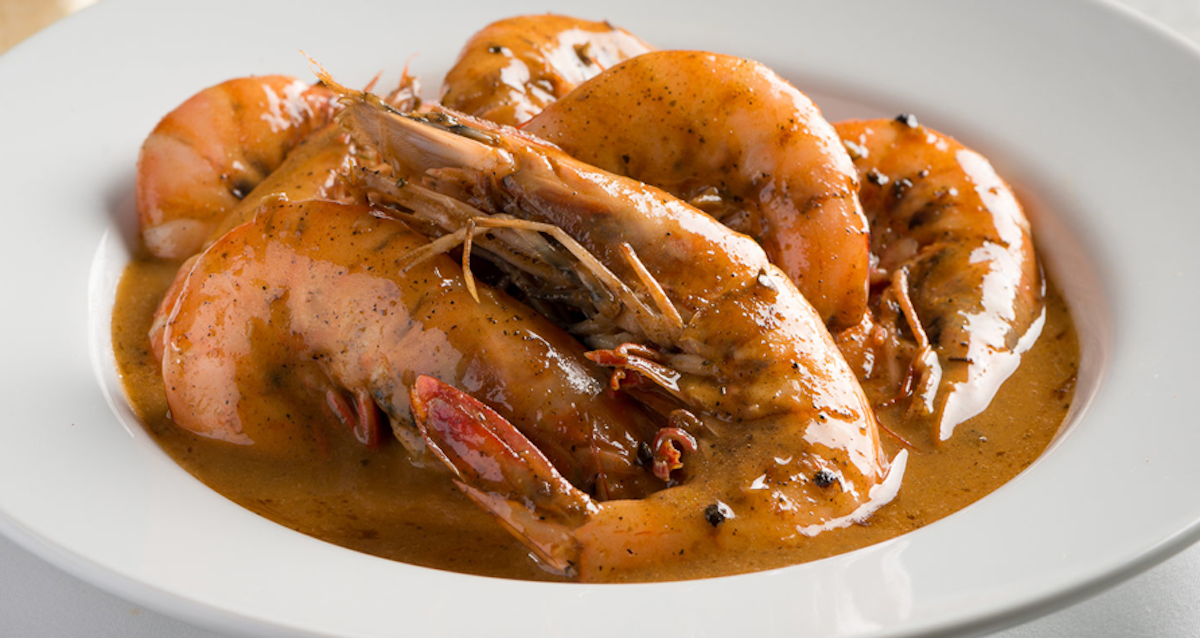 First, a mouth-watering scent arrives behind you. Then, a waiter places a bowl of bright-red unshelled Gulf shrimp swimming in a peppery-buttery red Creole sauce before you. Next, you dive into the finger-licking delight of peeling the huge crustaceans and scooping up the bowl’s Worcestershire-spiked nectar with hunks of fresh-baked French bread. This is Mr. B’s Barbecue Shrimp—New Orleans-style barbecue, to be exact. Ooh là là!

I tasted this signature dish from buzzy Mr. B’s Bistro in the French Quarter (one of the storied Brennan family restaurants) on my first trip to New Orleans back in 2004, and then again when I returned to the Big Easy this past November. During that 15-year gap, my husband and I often reminisced dreamily about this “most delicious” dish. We tried barbecued shrimp elsewhere, but our second visit confirmed that it wasn’t a dream: Nothing touches the preparation, presentation, and scrumptious texture and tanginess of Mr. B’s rich Barbecue Shrimp. 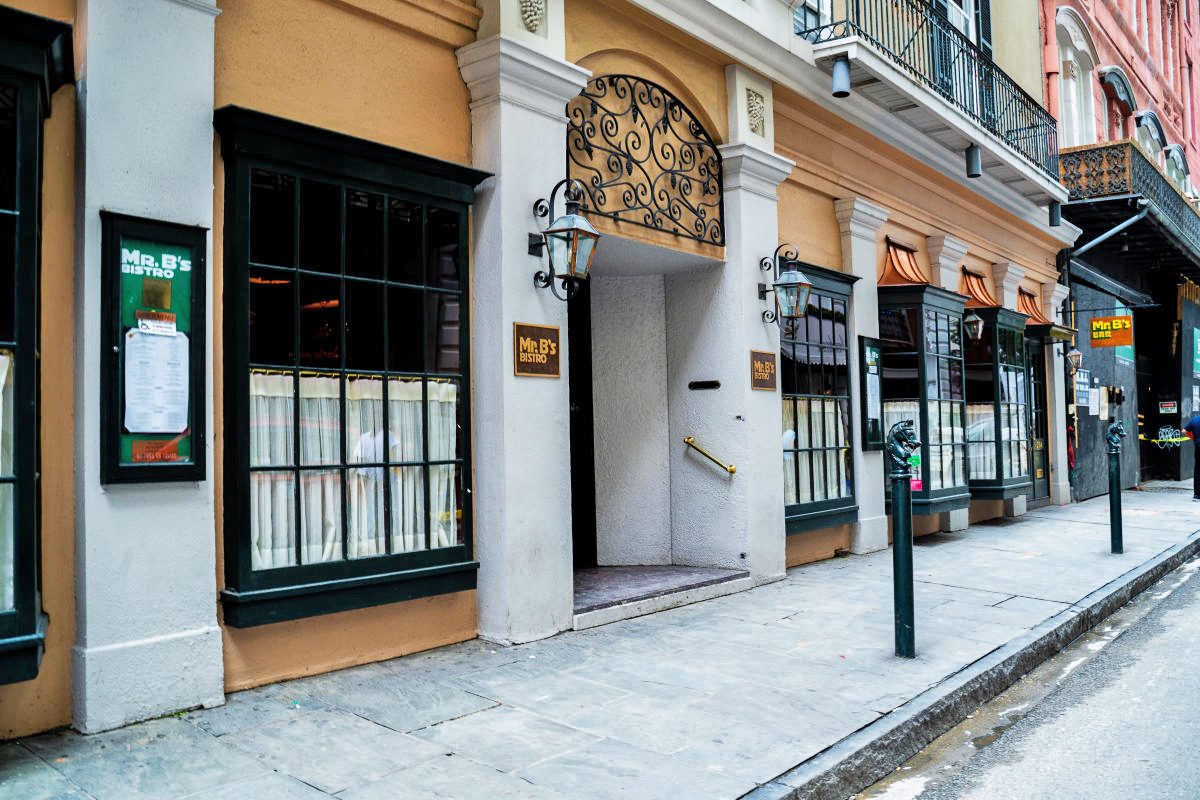 Mr. B’s Bistro has a cookbook full of their legendary recipes, including its Barbecue Shrimp. But the recipe doesn’t mention three must-have “ingredients” that the restaurant provides: a paper bib, extra napkins, and a warm towel at the end to clean yourself up! 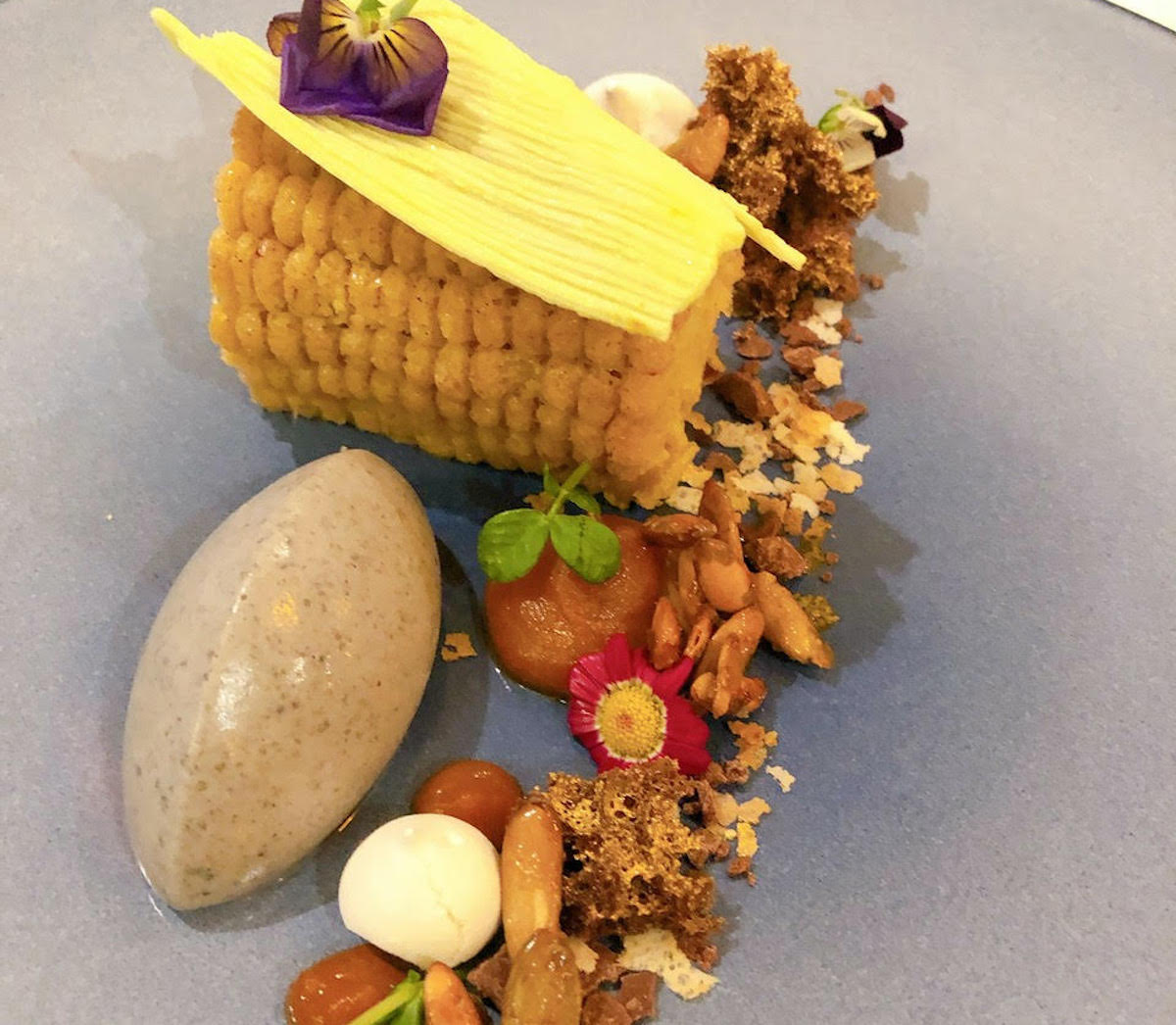 Last June, Grand Residences Riviera Cancun served a meal that would send an ardent food tourist into ecstasy. One expects excellence from a 5-star resort, especially one located on the Caribbean coast of Mexico’s Yucatán Peninsula, which is loaded with competition, but Grand Residences’ six-course extravaganza exceeded all expectation. 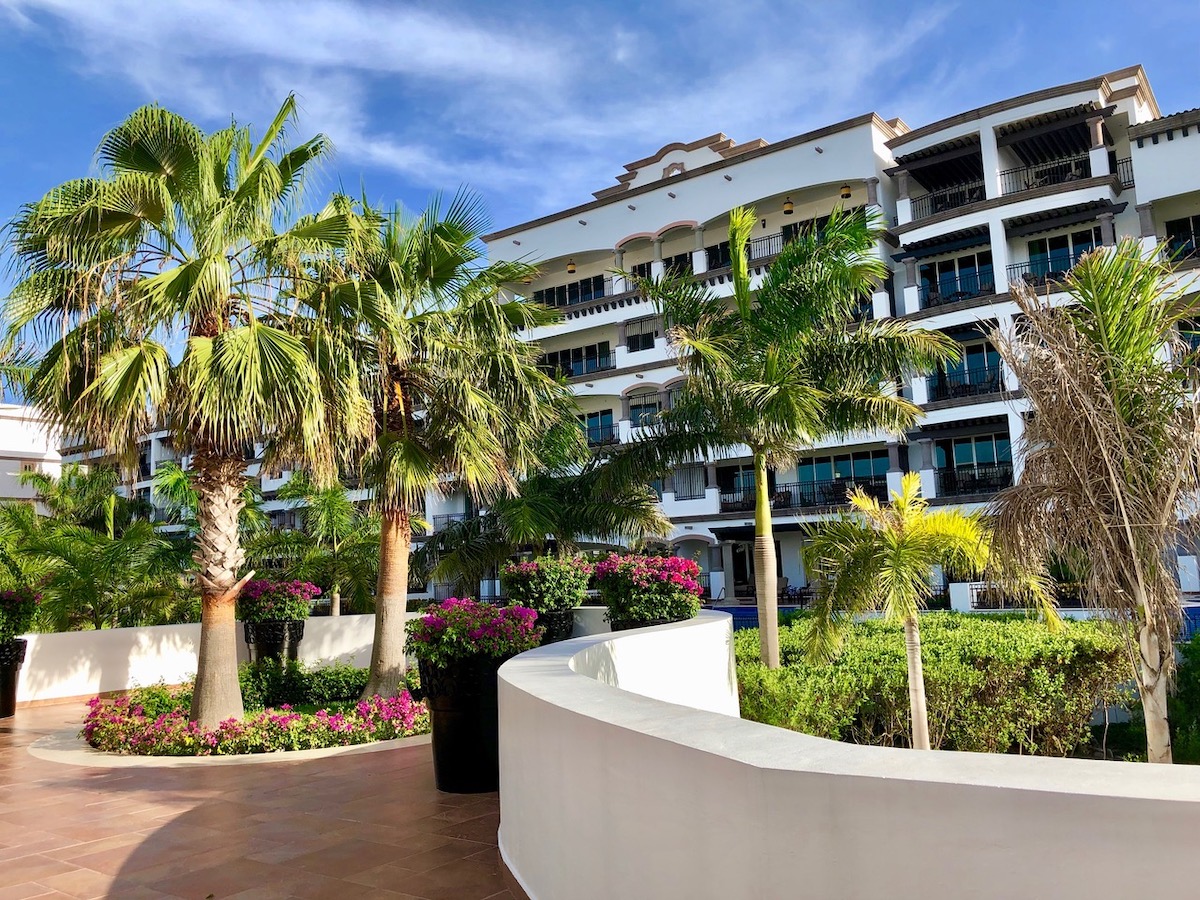 The dinner showcased not only Mexico’s unique flavors, but also the remarkable talents of the resort’s chefs, delivering a memorable adventure for the culinary traveler and a gift to the gourmet. 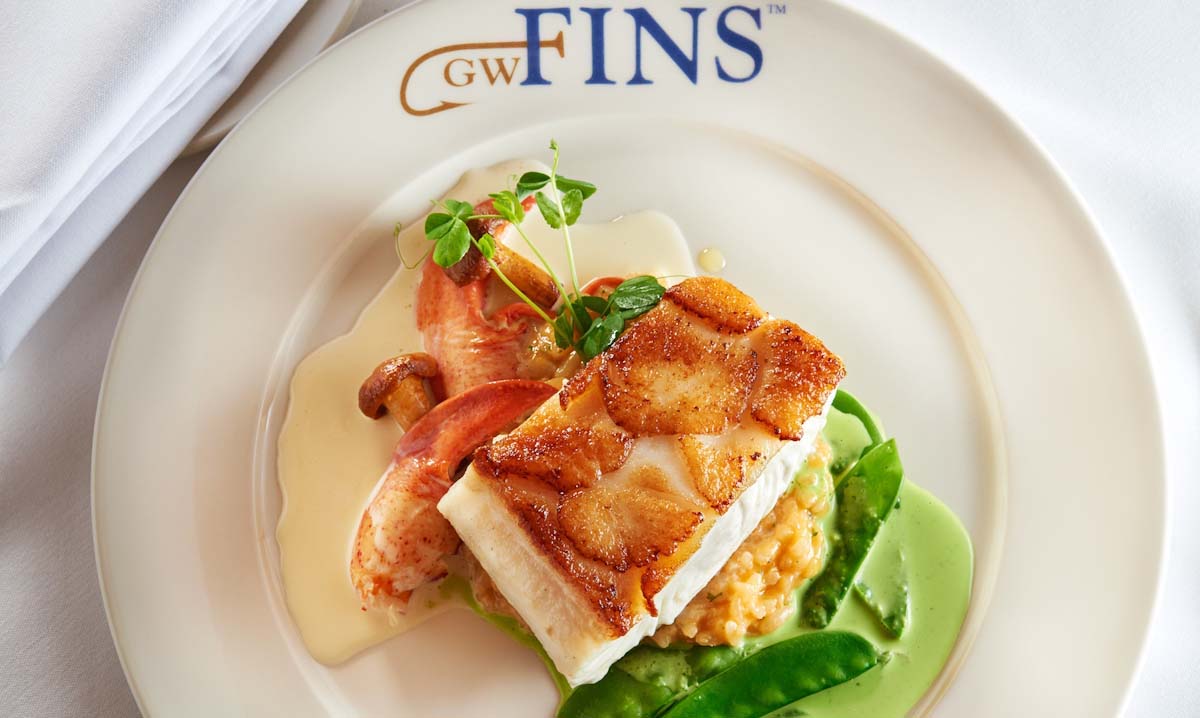 The one thing I hate about travel is leaving my New Orleans. I’m a native with more than sixty years of culinary memories where most rival dishes from across the world.

GW Fins is THE place people will break free from their quarantine for an ultimate dining experience. This shrine for seafood is my go-to place, be it birthdays, Mardi-Gras luncheons, or dining with recently retired, chef/co-owner Tenney Flynn, and dear friend and outstanding journalist, Lee Froehlich.

The roomy décor offers a more relaxed, communal flair compared to more opulent settings, but it’s the food that reigns supreme. Harvested from local waters or distant seas, its sensual flavor is driven by the kitchen’s strict rule of freshness. For a truly mesmerizing experience, order the three-course Fins Feast menu. Start with the crawfish fritters appetizer, then the popular entrée of Scalibut with halibut, sea scallops and shrimp risotto, and finish it off with tiramisu for dessert. 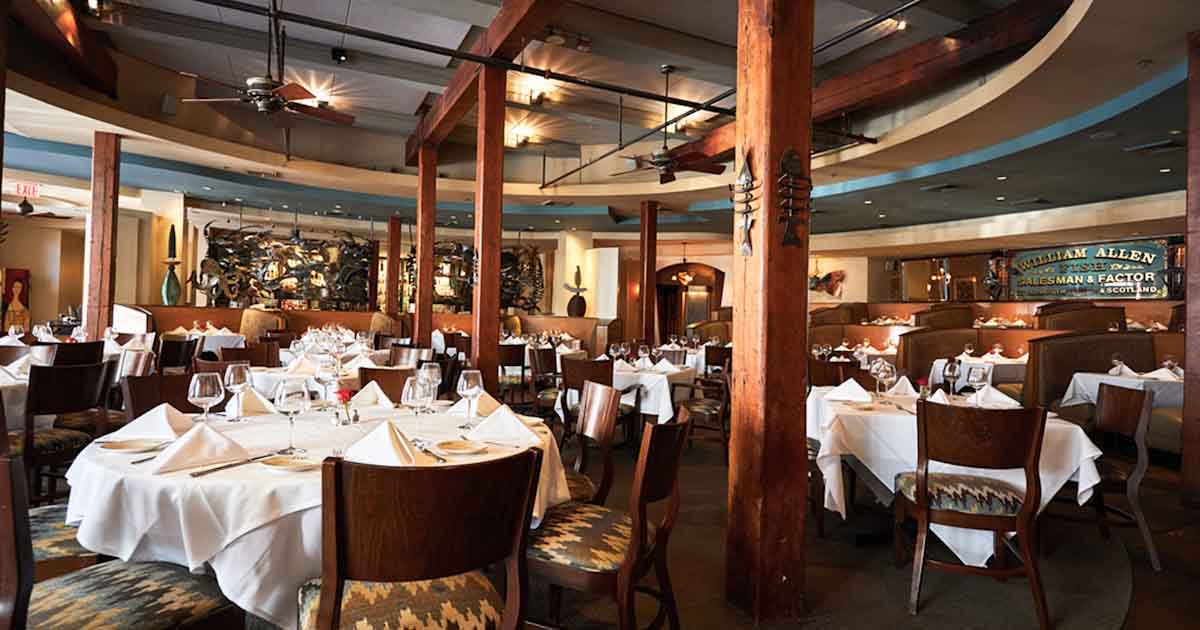 The dining room at GW Fins

It is said New Orleans puts a spell on all who visit. But it is not the voodoo, nor the black magic, instead a delightful culinary curse that keeps you coming back for more.

Lobster at lunch at the Wharf in Corea, Maine 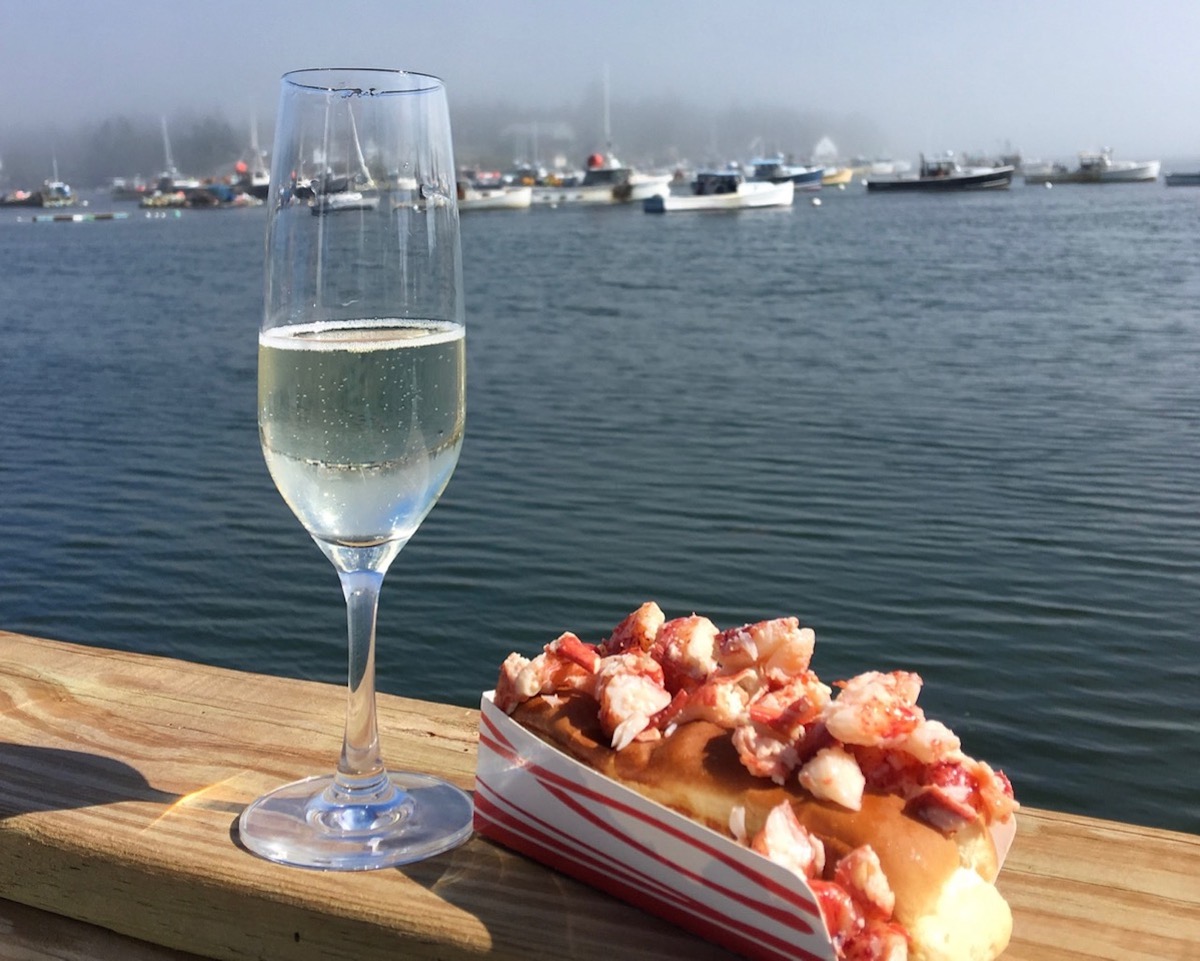 Maine lobster (bring your own bubbly and glasses)

Maine is synonymous with lobster, and rustic lobster shacks salt the craggy coastline. At the best, you’ll feast on fresh lobster while breathing the briny scent of the sea, drinking in dreamy views, listening to seagulls cry, and watching lobstermen unload their catches. When it comes to a sense of place though, few rival Lunch at the Wharf. Owner Joe Young traces his lineage back to the area’s first settlers, but that’s not all that flavors the experience.

Although located on the Schoodic Peninsula, home to Acadia National Park’s only mainland section, Corea remains off the beaten path. One doesn’t stumble upon this remote vest-pocket fishing village that’s wrapped around a postcard harbor: Working boats bob on moorings in the protected waters, and wharves littered with lobster traps edge the shoreline. 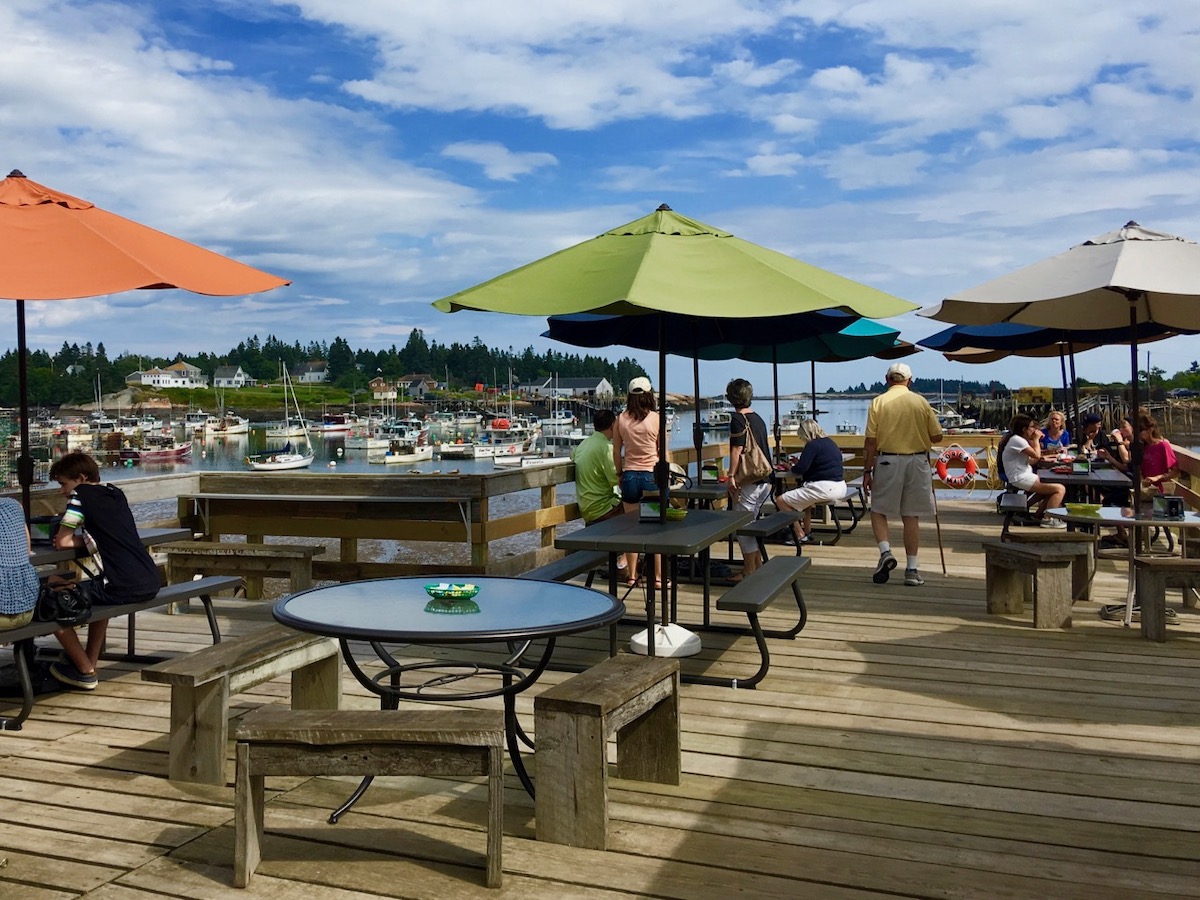 Lunch on the Wharf

That view alone infuses any lobster enjoyed here with authenticity, but Young, a sixth-generation lobsterman and born storyteller, cinches the deal. When asked, he regales customers with tales of his ancestors, including his aunt, photographer Louise Z. Young, whose prints are sold in a bait shack gallery. Her friend, American modernist painter Marsden Hartley, lived here with Joe’s grandparents in the early 1940s. Bring a bottle of wine, and plan to linger. Lobster at Lunch on the Wharf at Corea Wharf and Gallery is as deliciously Maine as it gets. 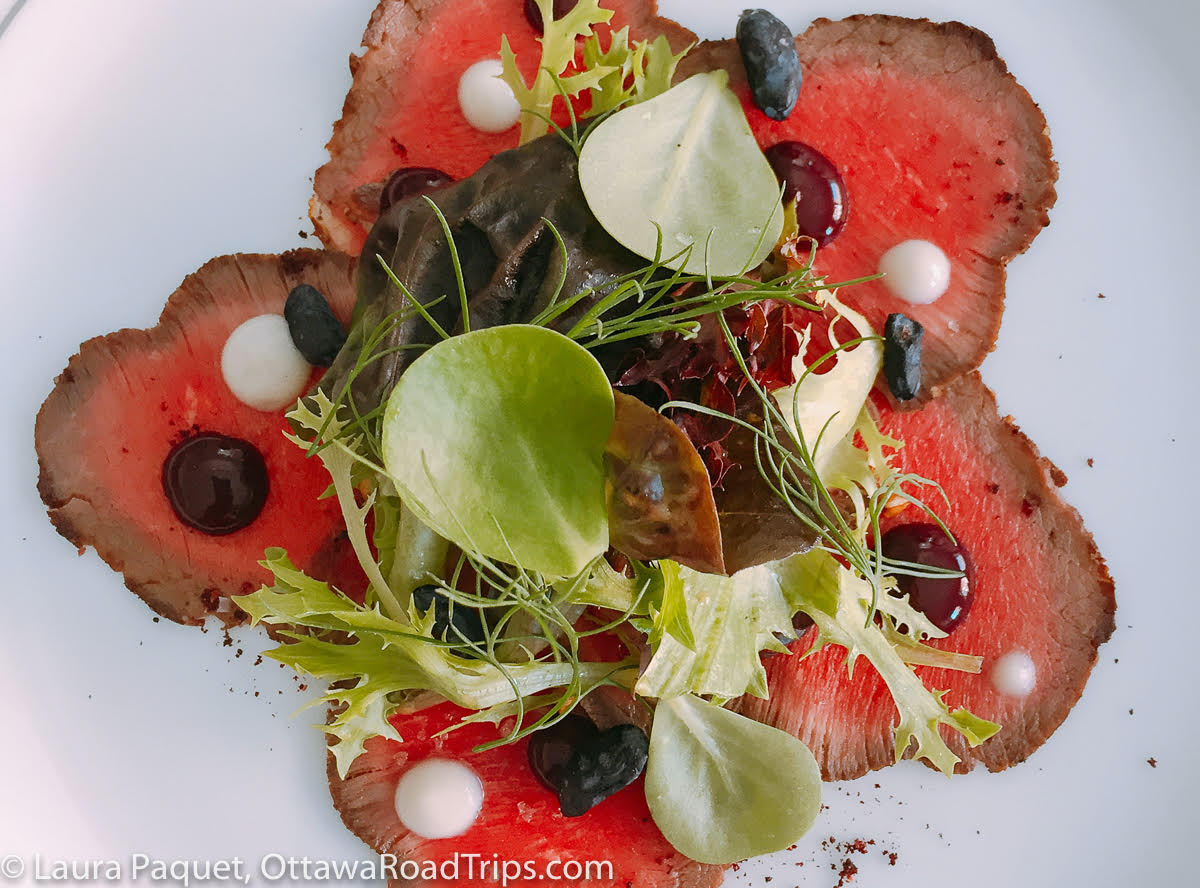 When a dish that normally wouldn’t appeal to you but completely captivates you — to the point you’re still thinking about it two years later — that’s the sign of a great chef.

I was on a three-hour culinary walking tour of Carleton Place, Ontario, a small town just outside Ottawa, when we stopped at Black Tartan Kitchen. I’d enjoyed meals at the bistro before, but had never ordered its famed venison carpaccio for two simple reasons: I thought I disliked both game and carpaccio.

However, each stop on the Good Food Tour includes just one dish. When the plate was set before me, I couldn’t say no without losing face in front of the group of keen foodies. So, tentatively, I tried a small bite. My first thought was, “Why did I wait so long?” 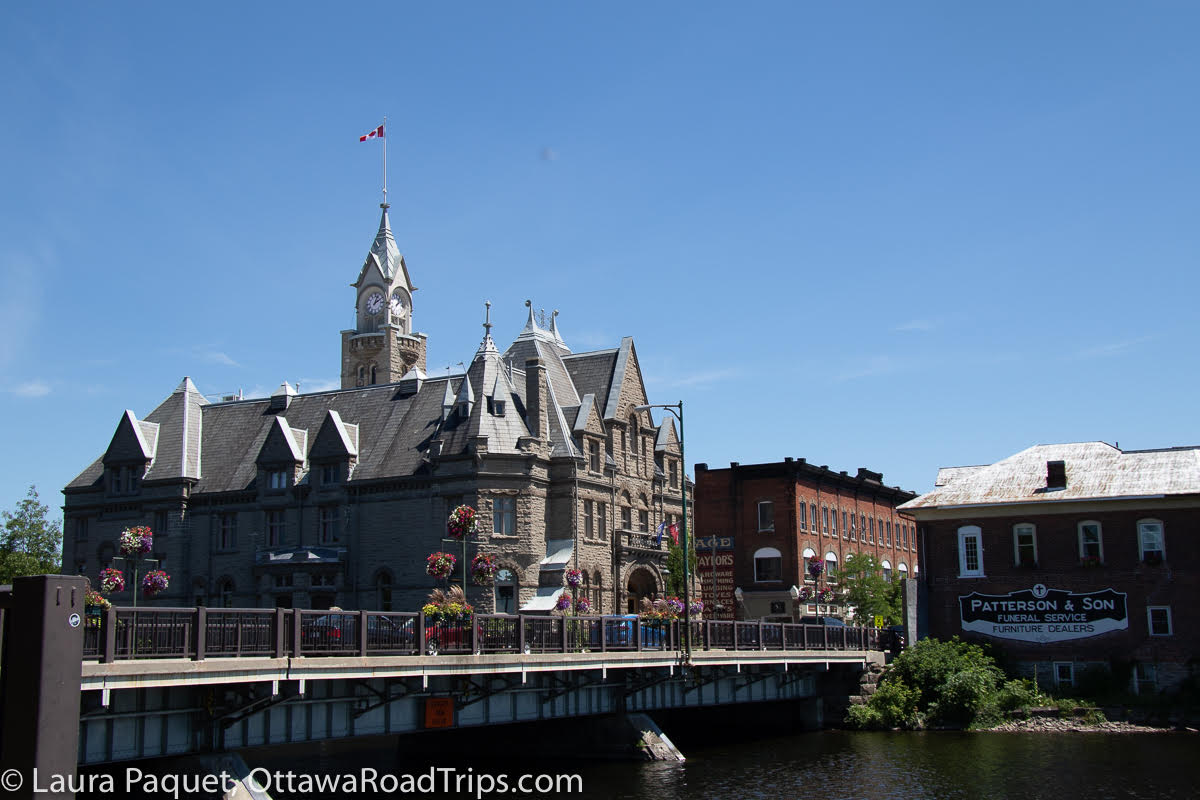 Chef Ian Carswell showcases ingredients from local producers. This dish sang with Ottawa Valley flavours, including tender, paper-thin medallions of venison from Trillium Meadows Farm in Vankleek Hill, accented by crunchy greens and nutty toasted buckwheat. It was salty and sweet, rich and light — all at the same time. I devoured it, looked up and vowed to be a more adventurous diner in future. 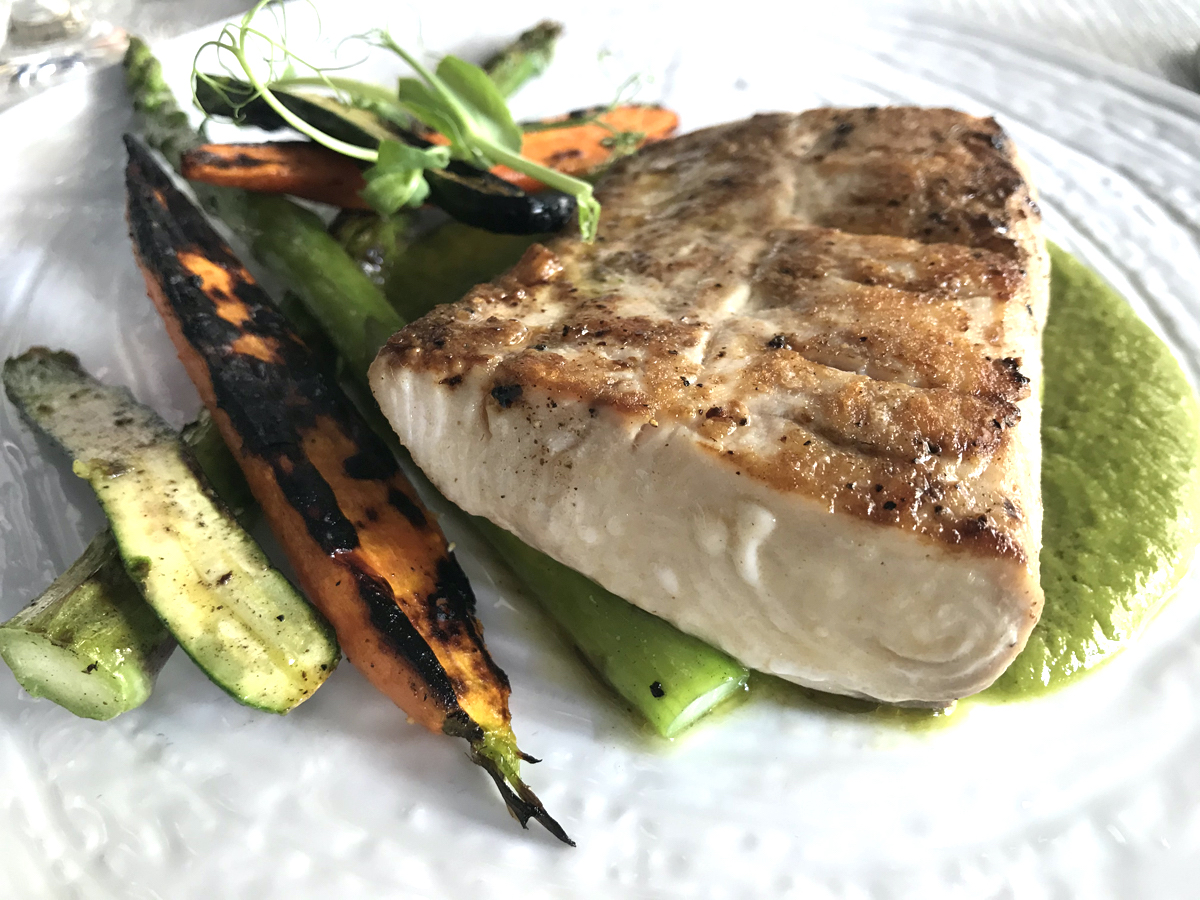 It was after a muddy, sweaty, hike through an orchid-filled jungle on the Riviera Nayarit in Mexico that I received quite a culinary surprise. When traveling as a group, I tend to go with the flow, as they say, and experience whatever adventures are placed before me. And, I wasn’t expecting the fine dining experience we had when we pulled up to the little restaurant next to the beach souvenir shop in Punta de Mita. Potted palms flanked the entrance to the simple and contemporary Hector’s Kitchen.

Owner, Chef Hector, a classically trained chef, started us out with a passion-fruit margarita crafted by the staff mixologist, followed by a fresh beet salad. But the most memorable dish for me was the plata fuerte, as main dishes are called in Mexico: fresh-caught mahi-mahi served over an emulsion made with butter, basil, and parsley and paired with grilled seasonal vegetables. 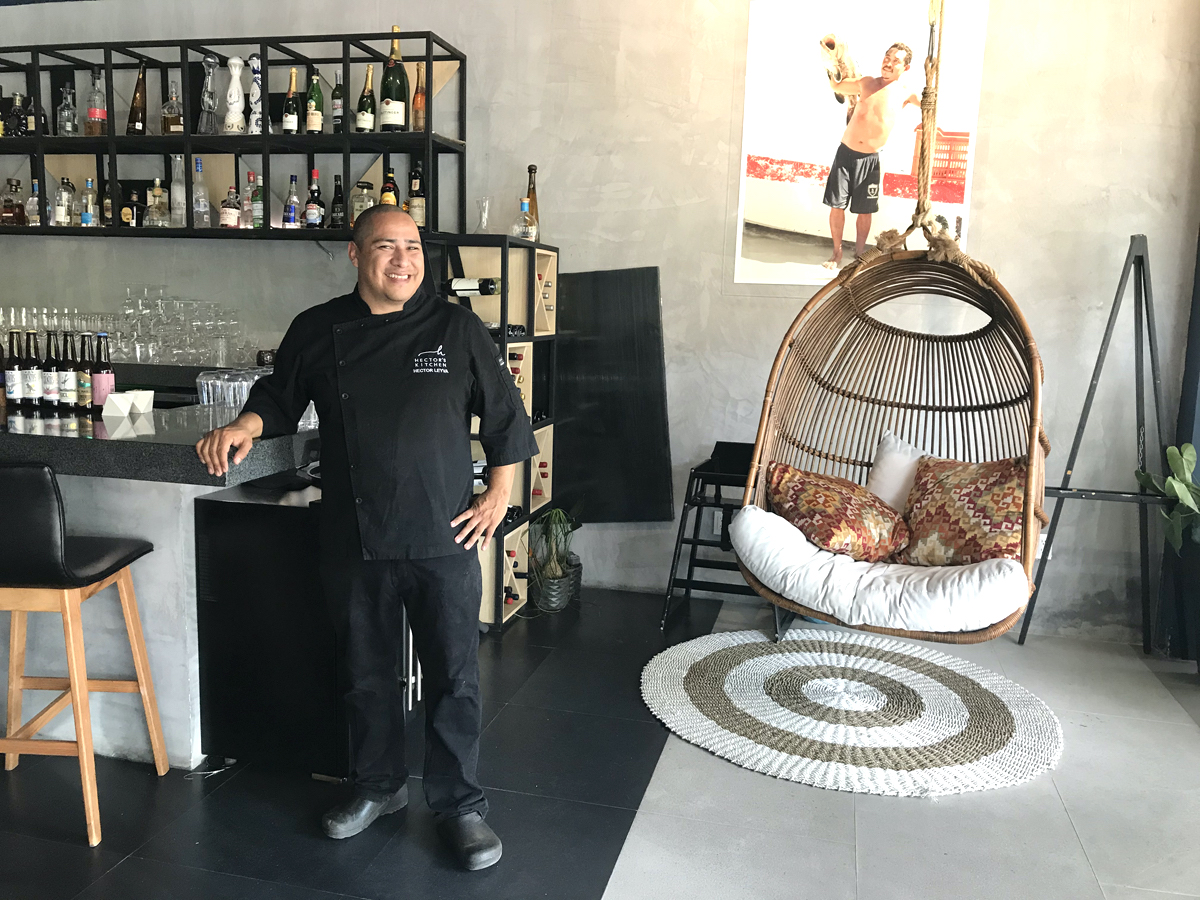 The fish was perfectly cooked which, for me, is moist (but thorough) inside and crisp on the top. Texture is also important, and I was not surprised to learn that the chef had selected the fish at the dockside fish market just that morning. As we proceeded through the day’s tasting menu, we forgot our aches and pains from the muddy hike and relaxed. 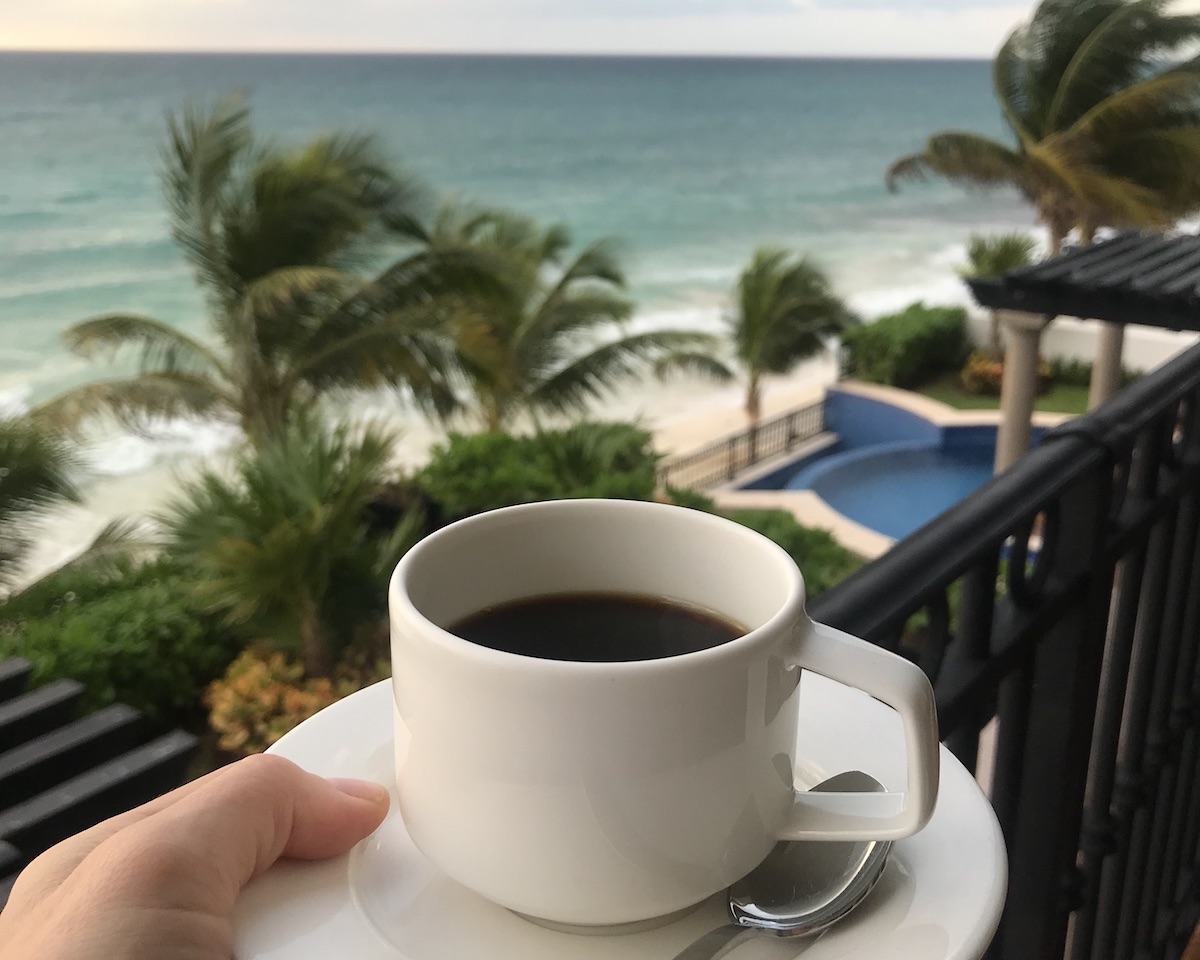 Admittedly, I arrived at Grand Residences Riviera Cancun prepared to be wowed after hearing about a friend’s recent stay. But though I was thoroughly prepped, the plushy oceanfront 5-star resort near the bucolic village of Puerto Morelos left an indelible impression on me, wildly exceeding my expectations.

As my friend aptly described, my guest suite was lavish, including a pillow-choice option. What she undersold was the soul-gripping view of the dancing sapphire-jade water. With waves softly lapping in the distance, I set my alarm that night for sunrise and scheduled room service to arrive shortly after. I’m not a morning person, but this time, I woke eagerly, donned my robe and slippers and headed to my private terrace to watch the glorious sun rise, heart bursting with wonder at being there, far away from my urban apartment in Washington D.C. 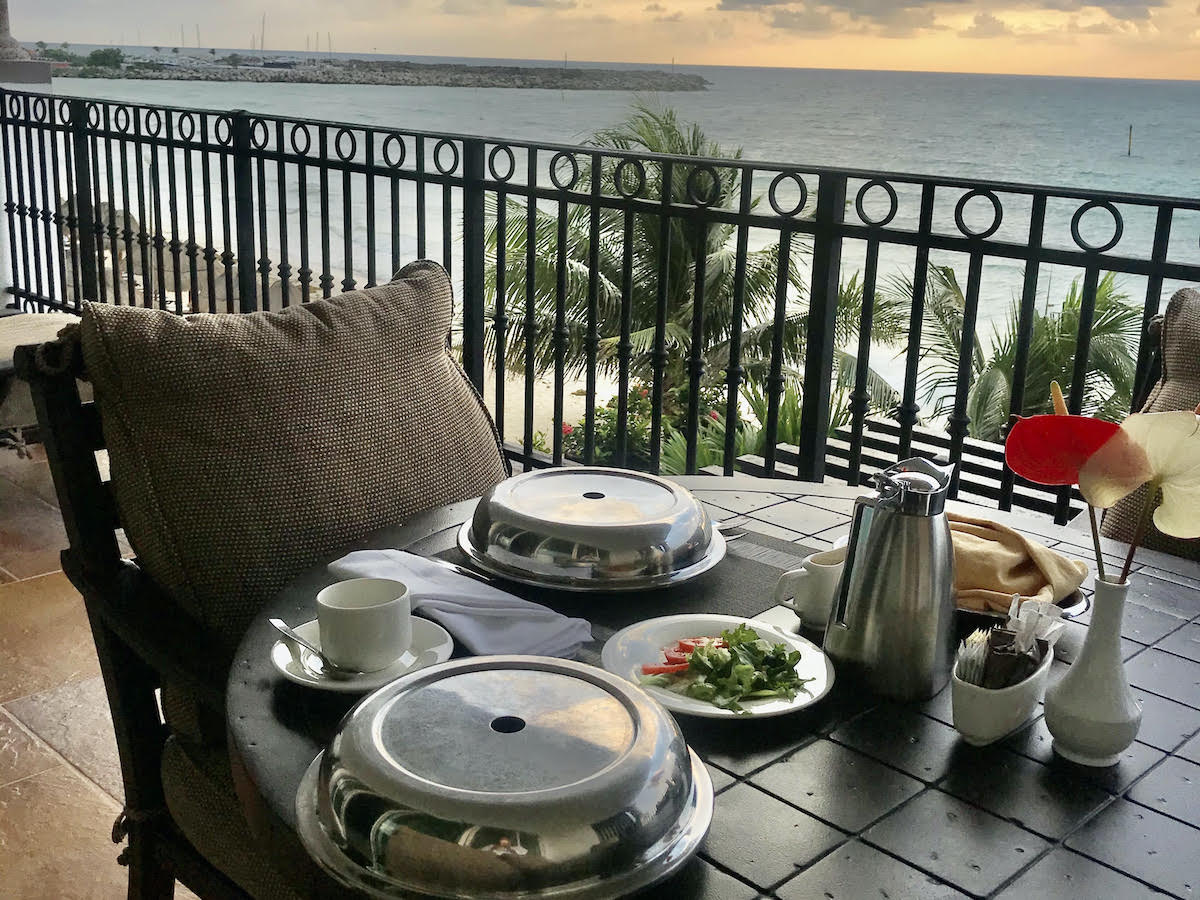 View from my table in Cancun

My asparagus and mushroom omelet was simply prepared, using fresh ingredients and precise flavors, a satisfying side to the intoxicating view. Clutching my Illy coffee, I sat still for a long time, enchanted by the view, then paced the terrace breathing the salty air and marveling that breakfast had never tasted so good. 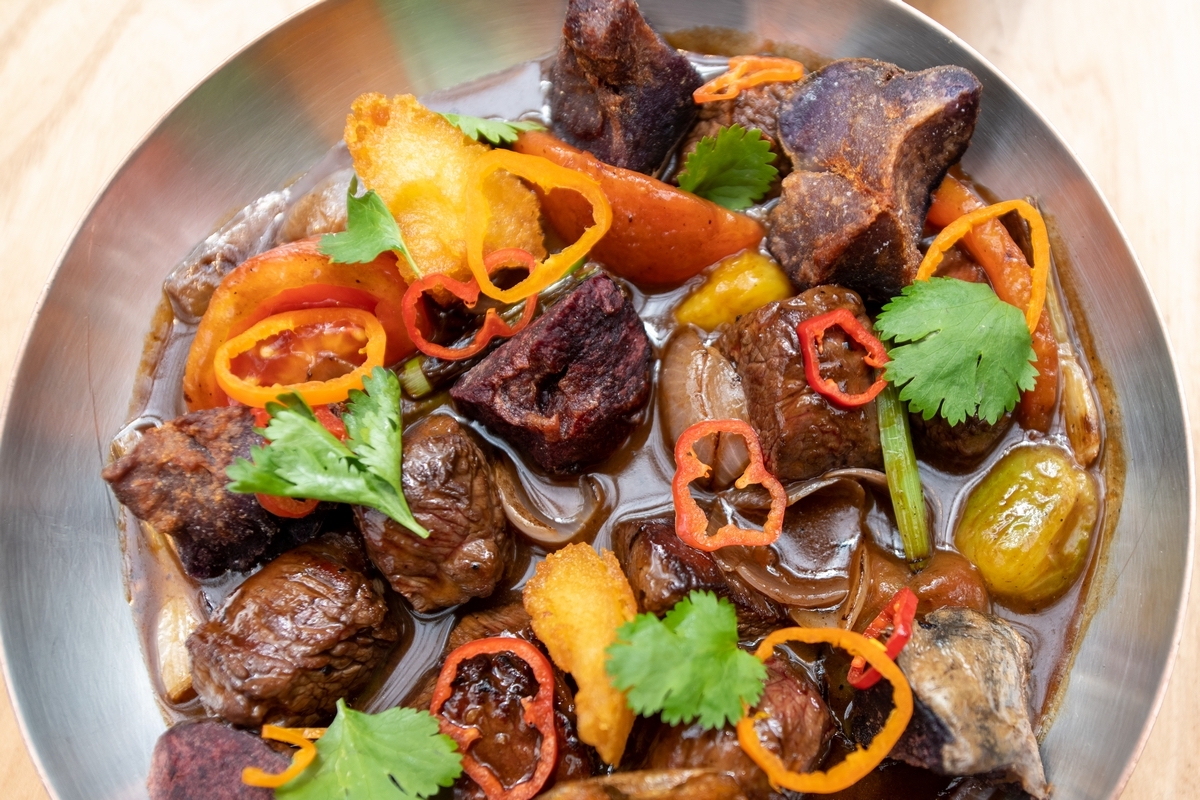 Peru gastronomy is best celebrated at Astrid & Gaston, a restaurant in Lima with a menu that encompasses Peruvian cuisine, produce, territories and diversity. Considered by many as one of the top 50 restaurants in the world, the seasonal menu emphasizes regional specialties combined with contemporary cooking techniques.

One of my most memorable dishes at the colonial-style restaurant was Lomo Saltado. The dish is wildly popular in Peru and incorporates both Peruvian ingredients and Chinese cooking techniques into a flavorsome fusion for an entrée that is both delectable and hearty. Essentially, the dish is a combination of Peruvian beef and yellow and purple potato stir-fry accented by soy sauce, vinegar, onion, tomato, cilantro and the mildly spicy aji amarillo, a yellow chili from Peru. It is then served with a bed of white rice. The result is a satisfying entrée bursting with fresh pops of flavor but grounded with a complex heartiness. 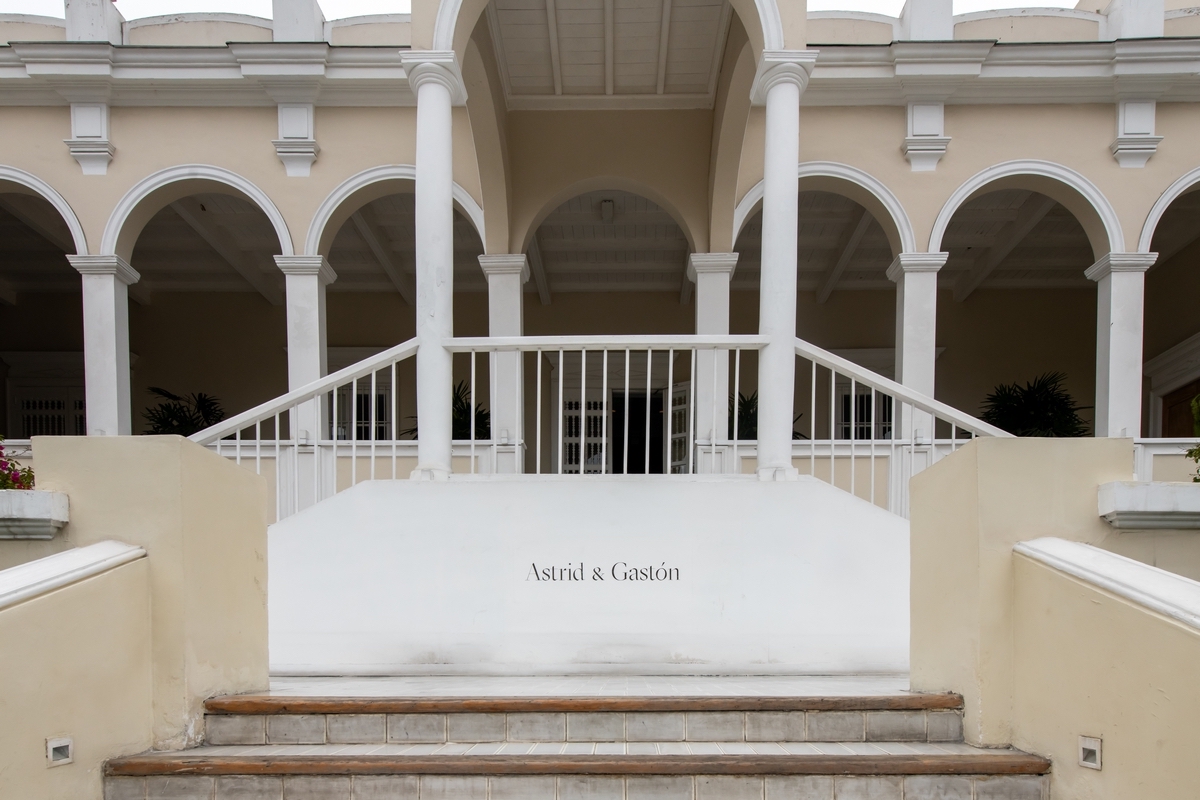 The Peruvian potatoes are a new world twist while the white rice is an old world staple from China. Both are often served together in Peruvian cuisine – perhaps a symbolic interpretation of fusing old world and new world ingredients and techniques. 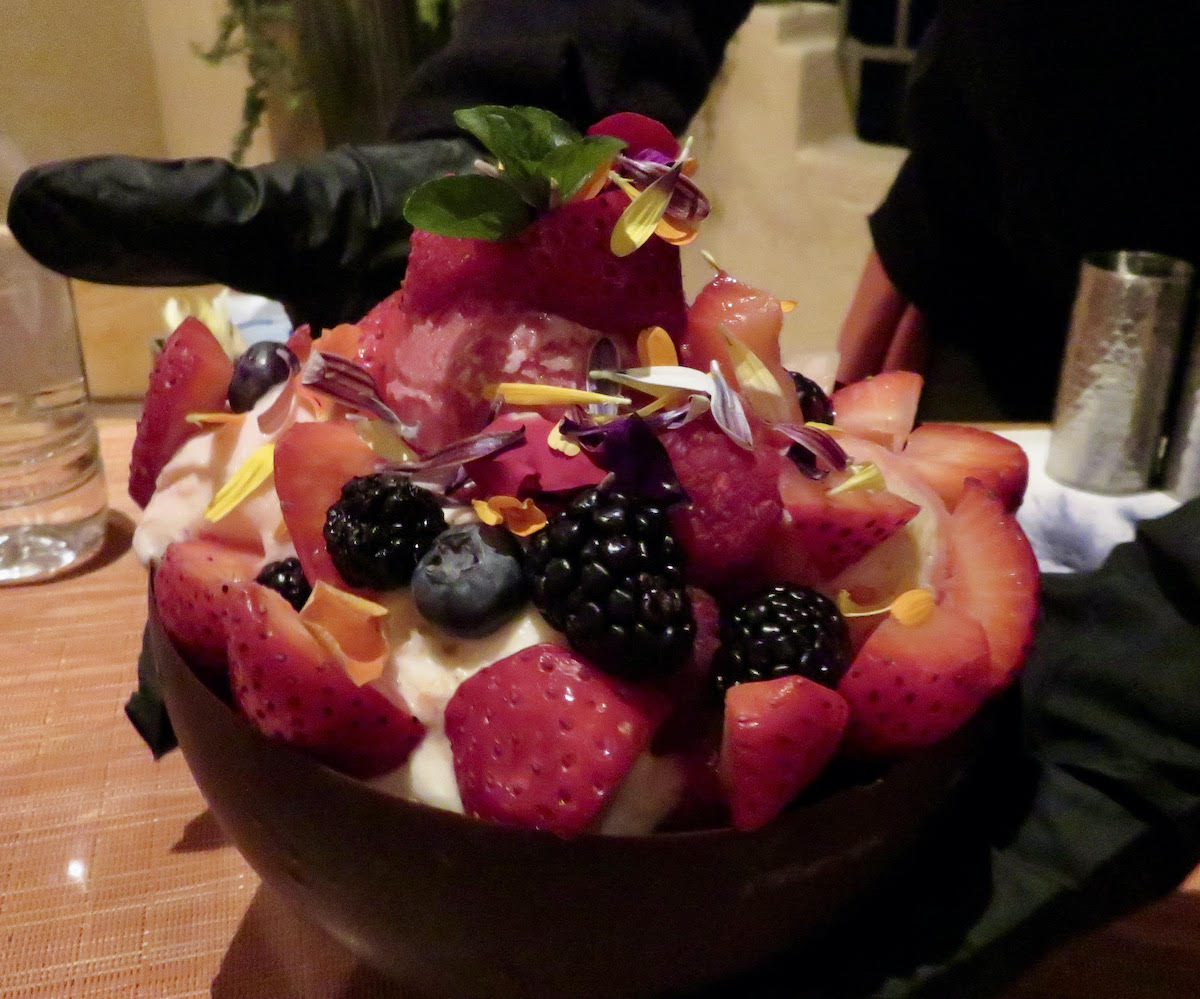 As a longtime travel writer, I’ve had the pleasure of noshing on some amazing meals. The culinary memory that resonates most with me is a fabulous meal I enjoyed with a close friend at the Toro Latin Restaurant and Rum Bar at the Fairmont Scottsdale Princess in Scottsdale, Arizona.The restaurant fuses Asian and Latin cuisine with flair. Everything from our pre-dinner cocktail featuring Kracken — one of my favourite rums and just one of the 200 rums featured at Toro — to the incredibly tender Brazilian Picanha Steak grilled to mouthwatering perfection and served with chimichurri sauce and a glass of Tempranillo Spanish wine satisfied my taste buds with savoury bliss.

But as a chocolate lover and connoisseur, I was blown away by the chocolate offerings on the dessert menu. Our dessert course began with La Bomba, a humongous creation of chocolate cake, fresh fruit, ice-cream and sorbet safely hidden inside an unassuming chocolate shell that we quickly smashed to reveal all the flavour sensations inside. That was followed by the Peruvian Chocolate Crunch Cake, reminiscent of a Sacher Torte taken to the next level with a whipped ganache featuring Illanka Peruvian chocolate that transported me straight to a state of chocogasm.

All in a lovely setting overlooking the 18-hole championship TPC Scottsdale Stadium Golf Course. It doesn’t get any better than this.

All photo credits by the respective authors unless otherwise noted. 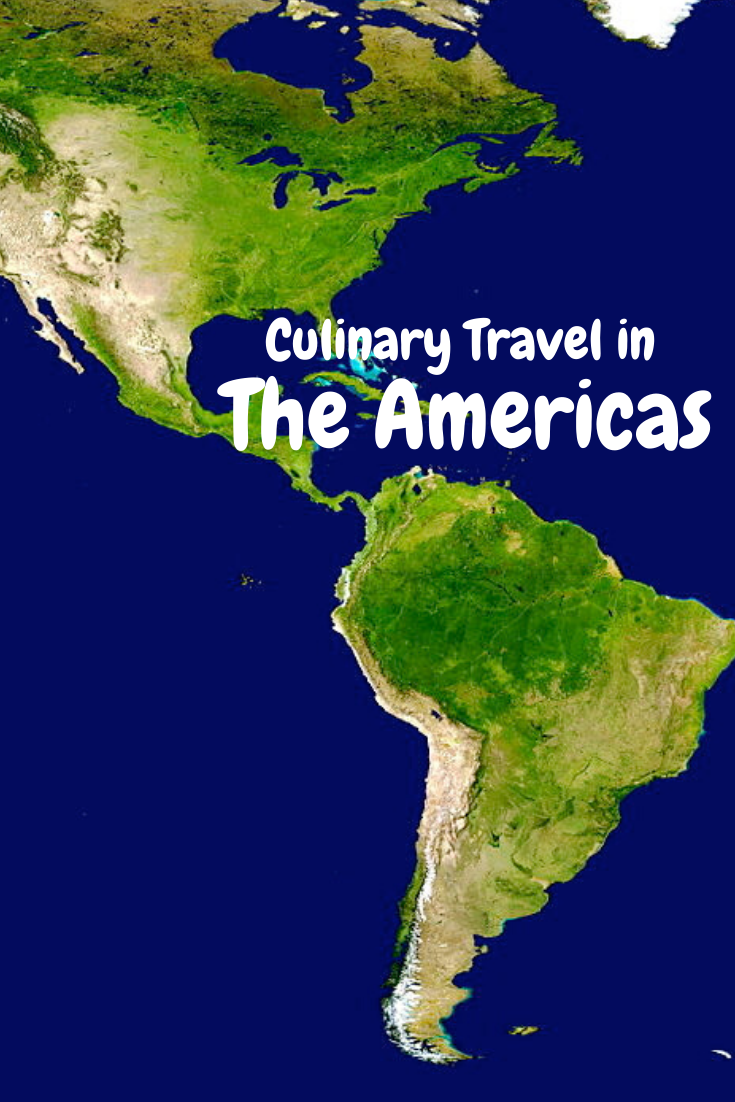