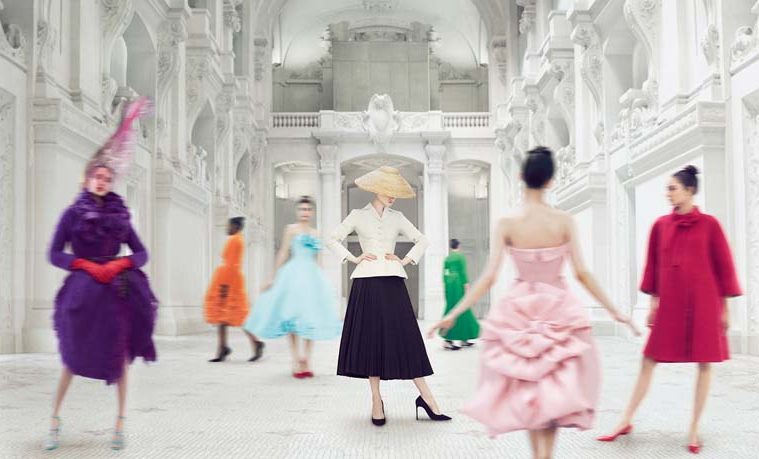 Certain fashion exhibitions go beyond the boundaries of just showing beautiful clothes to becoming a cultural phenomenon – attracting even people not necessarily interested in fashion. 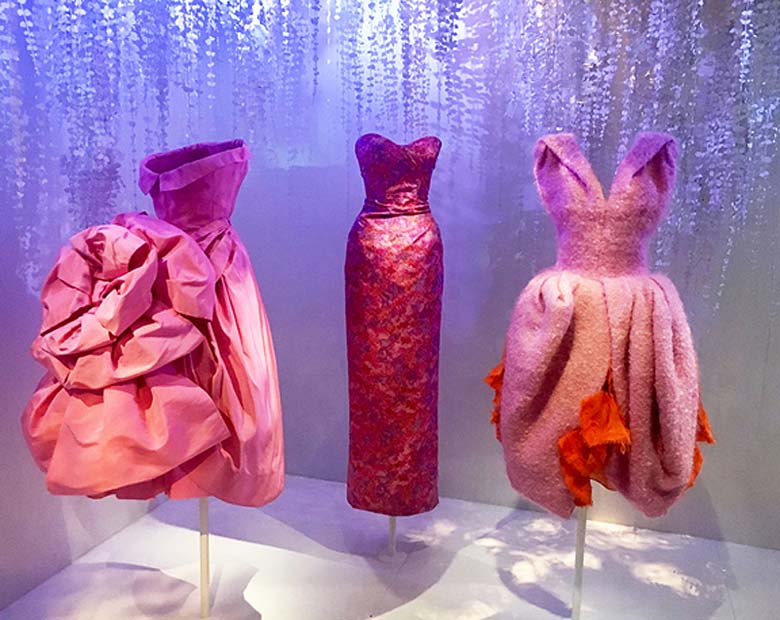 A few years ago, the Alexander McQueen retrospective in New York and London was one such exhibit. Now, the 2017 exhibition “Christian Dior, Couturier du Reve” at the Musee des Arts Decoratifs (next door to the Louvre) is having the same effect. 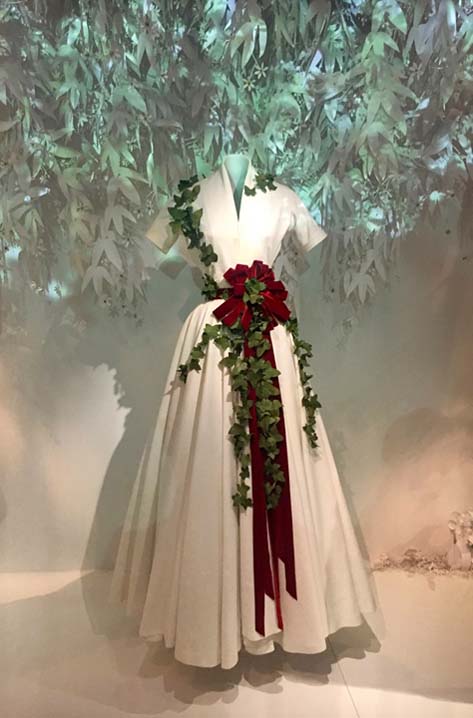 Father of the “the new look”

One of the greatest couturiers of the 20th century, Christian Dior had a profound effect on the way women dressed in the post war years after WWII.

Dior grew up in an upper class French family in the early 1900’s and at an early age became passionate about art, design and antiques. To further his love of art, he opened a gallery in Paris with the backing of his father. When the gallery failed a few years later, Dior studied fashion design and perfected his craft with two top designers Robert Piguet and Lucien Lelong. 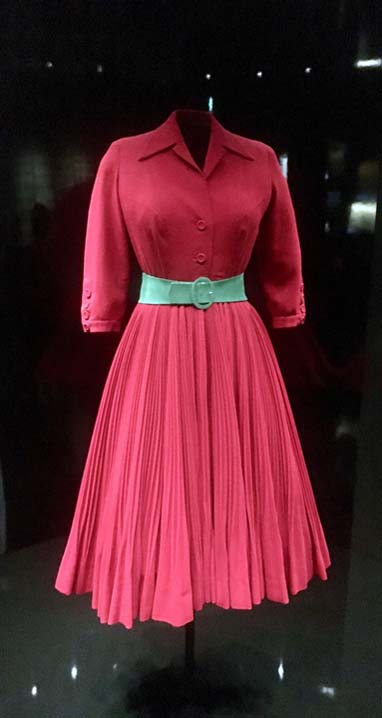 This is the first dress Dior designed

In 1947, Dior struck out on his own and showed his first collection. It was a revelation which changed the course of fashion for years to come. The press adored the collection; Carmel Snow, editor of Harper’s Bazaar magazine, called it “The New Look” as Dior showed women how to dress in a whole new way. Wasp-like waists, full skirts and soft shoulders – this was Dior’s signature new fashion statement for dresses and skirt-and-jacket-ensembles. 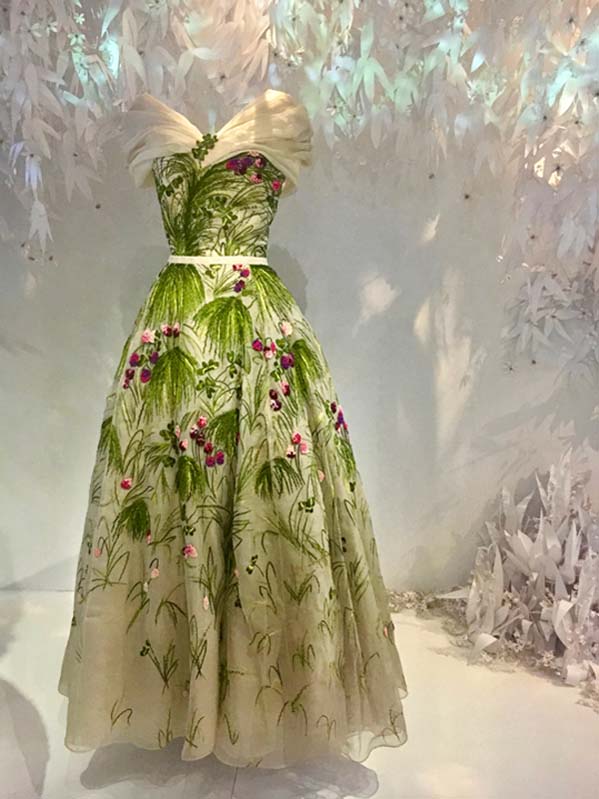 In the following years, the house of Dior became a fashion powerhouse incorporating shoes, perfume, makeup, jewelry and accessories, accounting for 5% of the GDP of France.

It’s a must-see show – even worth planning a special trip to Paris to attend.

Be sure to get the whole scoop on the Christian Dior, Couturier du Reve exhibition on I Prefer Paris! 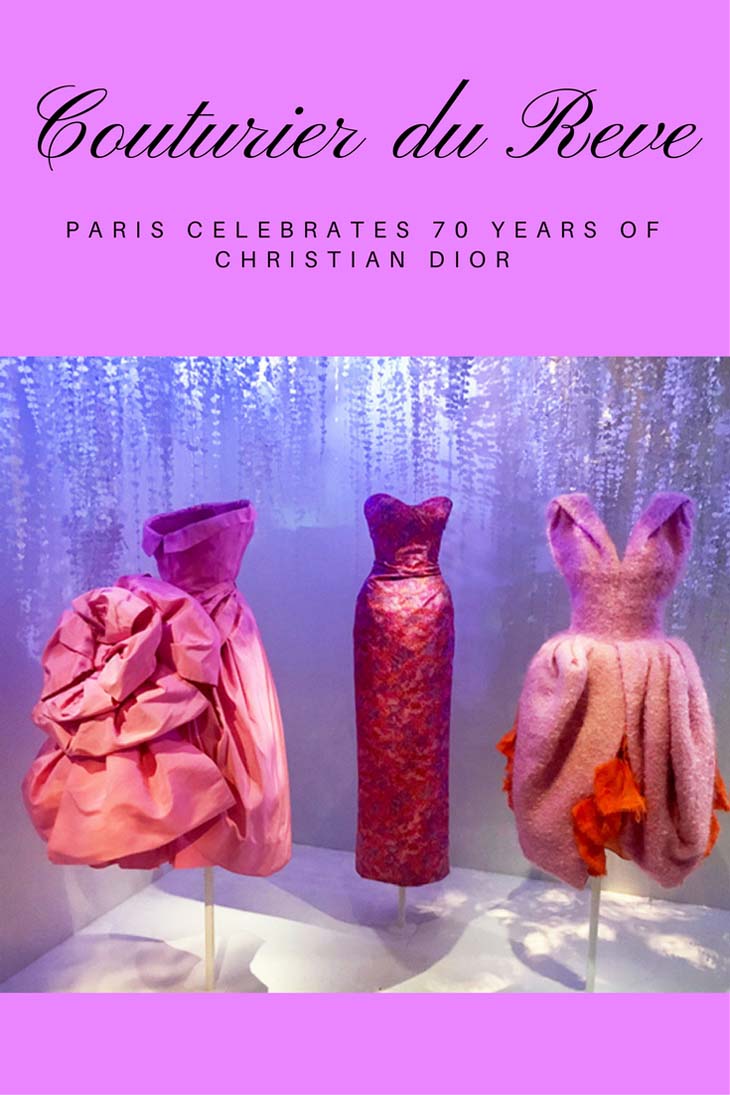