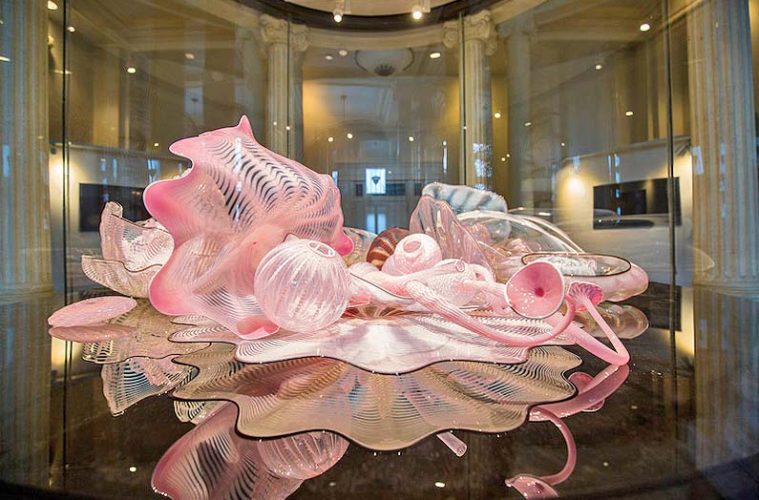 Back to the Bronx: Chihuly and Me

I was born in the Bronx so I can say it. When someone thinks of Da Bronx, one’s first associations aren’t likely to be tied to art and nature.

Tell me the truth. What came to your mind? Were you thinking of…

…the legendary New York Yankees (aka The Bronx Bombers)?

An inadvertent victim of “pop culture,” the Bronx is often maligned and has been grossly underrated.

But if you are visiting Manhattan (sometime chauvinistically referred to as the “city”), there are many reasons to carve out time to visit the Bronx – one of the four “outer boroughs” that along with Manhattan make up New York City.

Among these reasons: The Bronx has a world-class zoological park (the Bronx Zoo), its own Little Italy (Arthur Avenue) and the sprawling Woodlawn Cemetery, which houses the graves of jazz greats like Duke Ellington and Lionel Hampton.

A green oasis in the bustling city 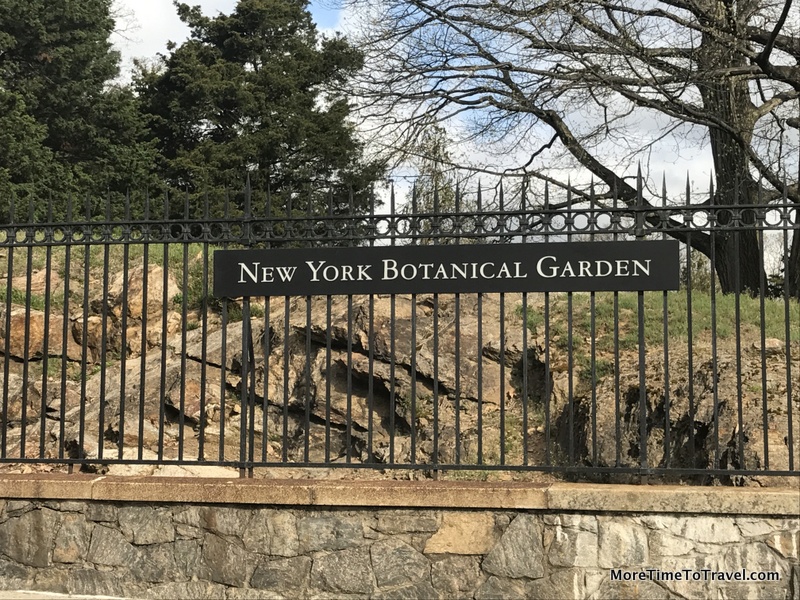 Gate to NYBG on Southern Boulevard in the Bronx 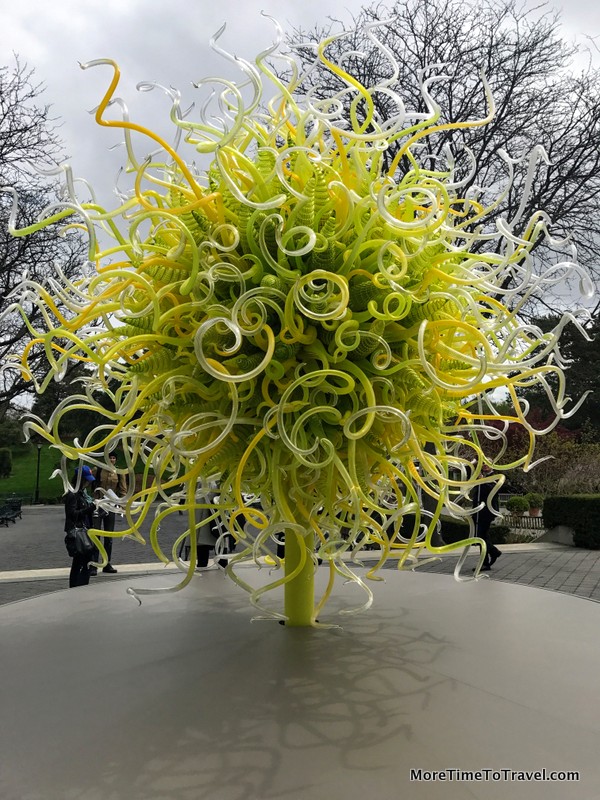 One not-to-be-missed Bronx destination is the New York Botanical Garden (NYBG), located only 20 minutes by train from Grand Central Station.

With a new Dale Chihuly exhibit returning to NYBG for the first time in more than a decade, the timing is especially propitious!

This urban oasis (often referred to as a living museum) boasts a 250-acre parkland site designed by many renowned landscape architects (including Calvert Vaux, John Brinley and the Olmsted Brothers).

The Garden houses well-preserved historic buildings that are worth the trip alone.

One of them, the Enid A. Haupt Conservatory, a New York City Landmark completed in 1902, is the largest Victorian-style glasshouse in the country. And the Lillian and Amy Goldman Stone Mill – the oldest existing tobacco manufacturing building in the United States, built in 1840 – has been designated as both a National Historic Landmark and New York City Landmark. 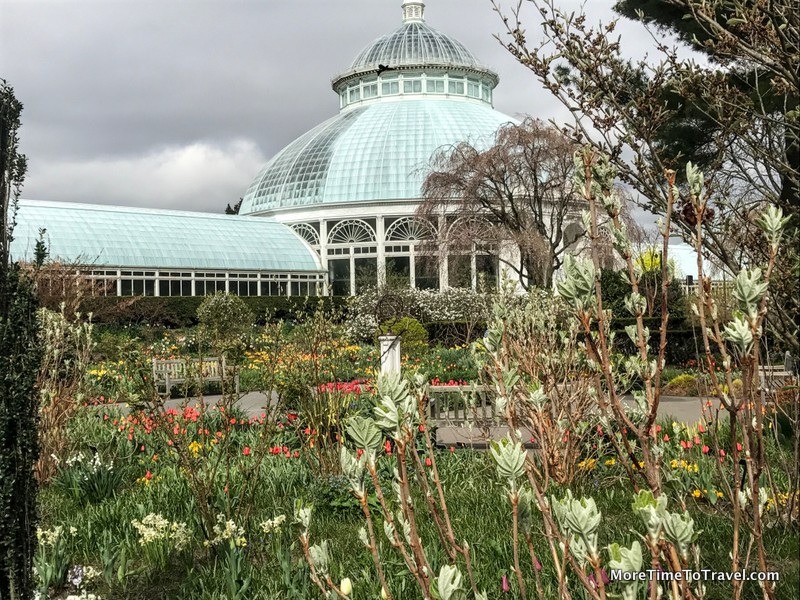 Enid A. Haupt Conservatory at the NYBG

One million plants and counting

The blooming daffodils outside the wrought iron gates belie all the richness and diversity of the more than one million plants living within the gardens. These include, but are not limited to:

A spectacular portfolio of changing exhibitions, including its uber-popular Holiday Train Show attracts visitors from around the world.

Chihuly: The master of glass-blowing returns 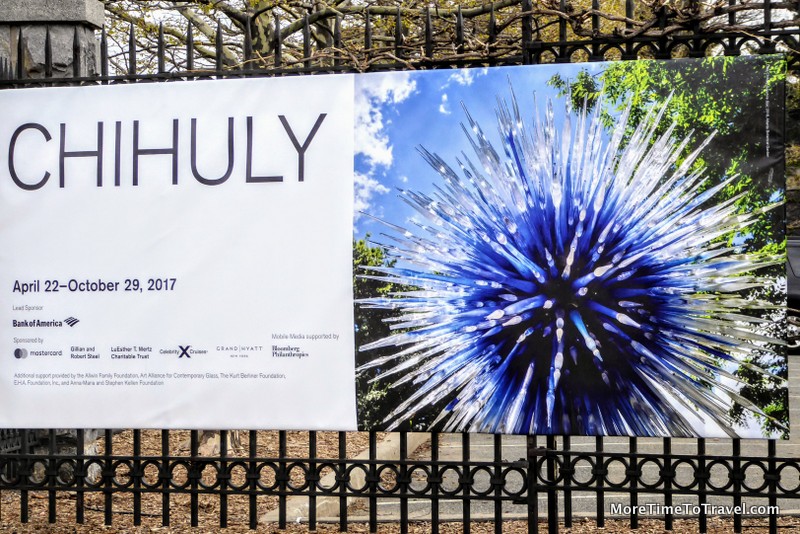 Signage for the Chihuly Exhibit at the NYBG

Now, after more than a decade, the breathtaking artistry of glass master Dale Chihuly is once again on display at the New York Botanical Garden. Almost biographic, this major exhibition features more than 20 installations and early drawings that chronicle Chihuly’s life, work and travels around the world. 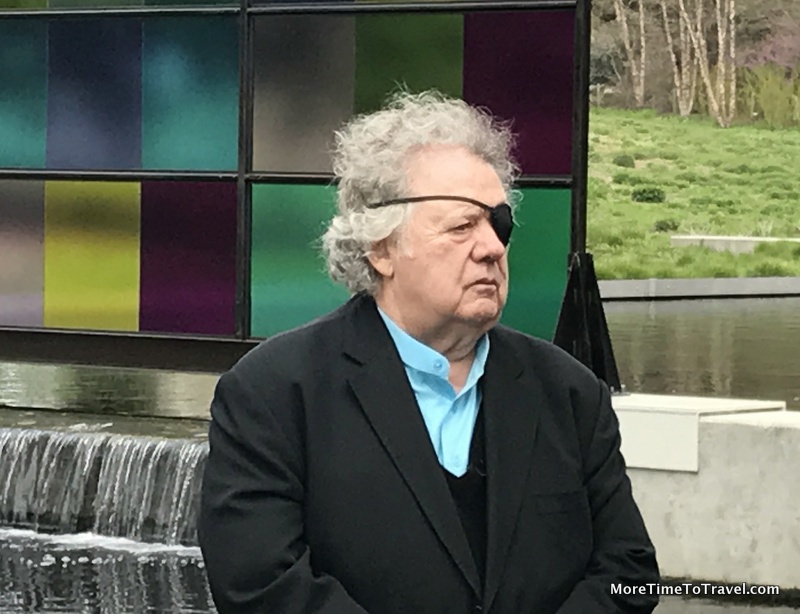 Dale Chihuly at the NYBG 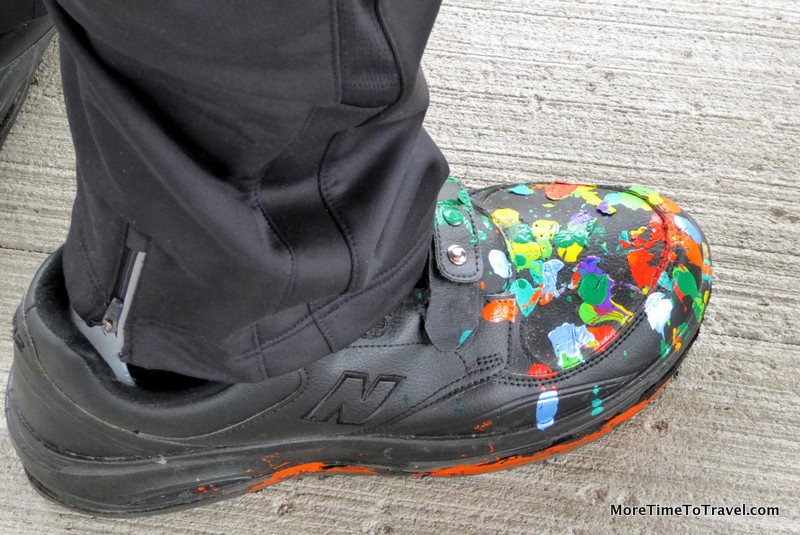 Some works are old; some are new. Some works are encased behind glass but most have been “planted” in organic settings throughout the park including the tropical pool of the Enid A. Haupt Conservatory. They appear so perfectly placed that they seem to have sprouted from the ground.

Although predominantly created from hand-blown glass, the works employ a variety of media (including neon). All showcase the artist’s exceptional ability to transform color, shape and light. 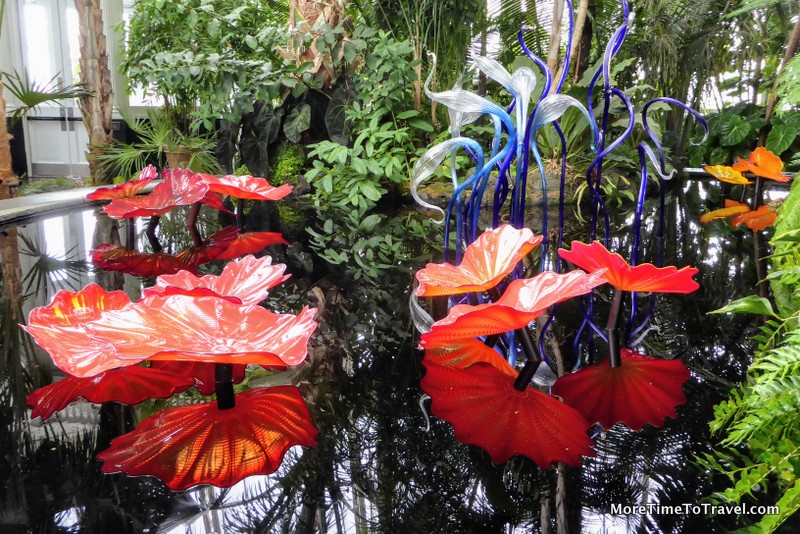 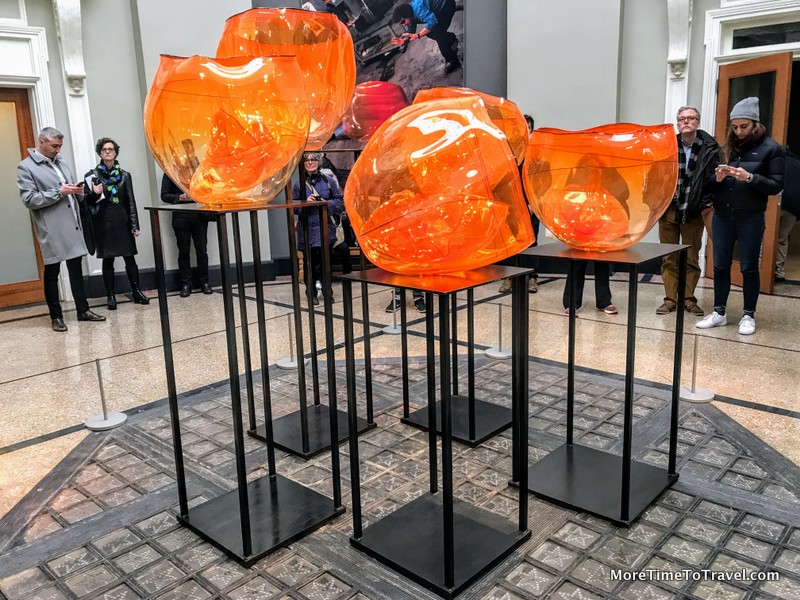 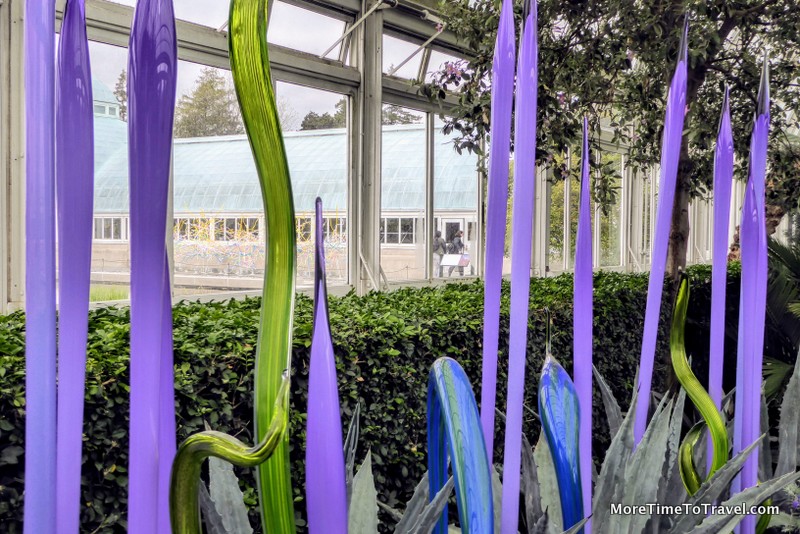 Chihuly is known around the world for his ambitious installations in public spaces and his work is showcased in more than 200 museums.

This installation in the NYBG offers visitors (and New Yorkers) a rare opportunity to see his iconic work in an incredibly beautiful setting. 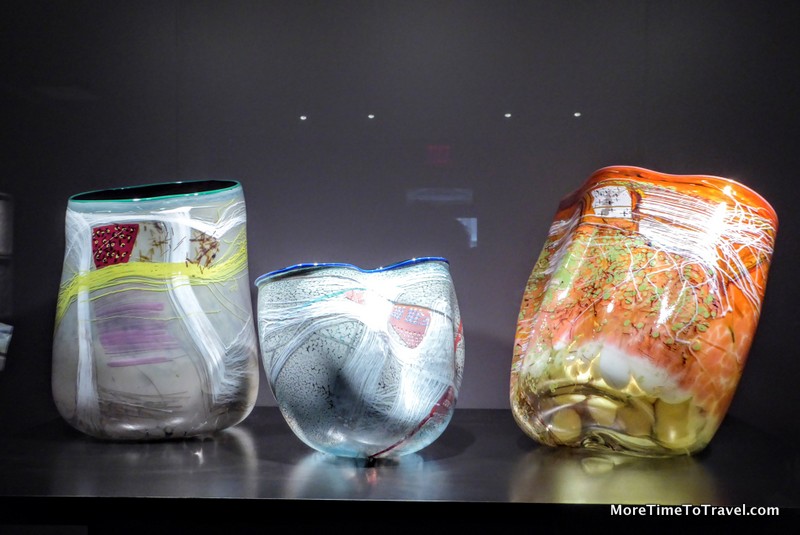 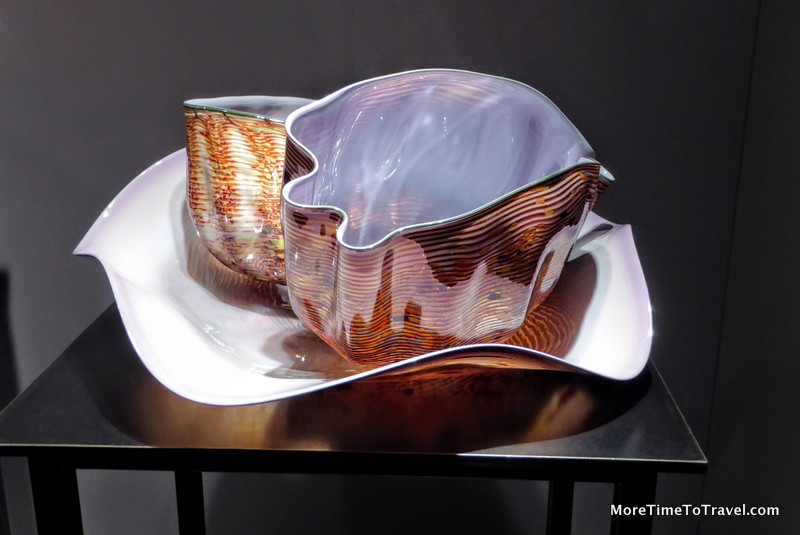 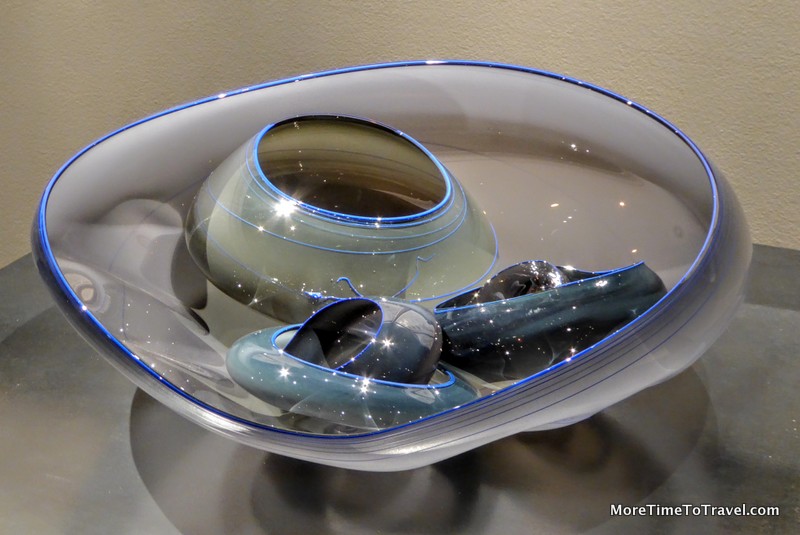 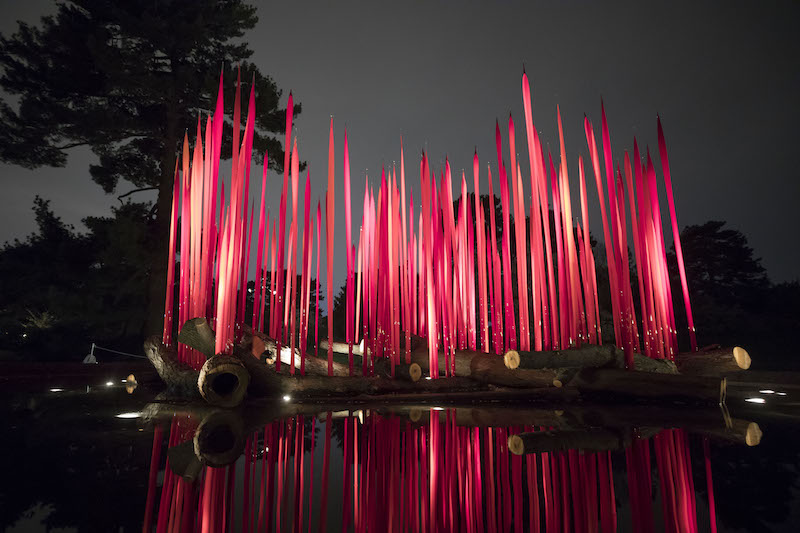 The author was invited to a press conference announcing the opening of the Chihuly exhibt at the New York Botanical Garden. 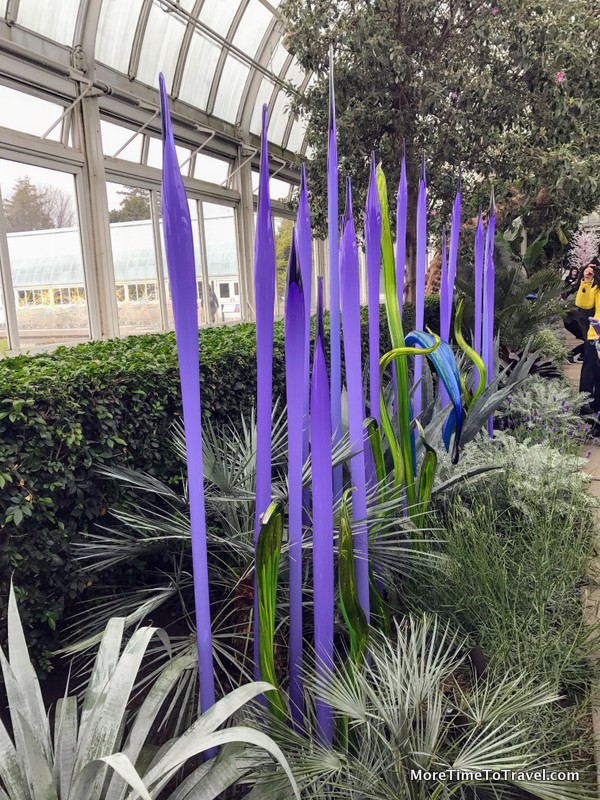