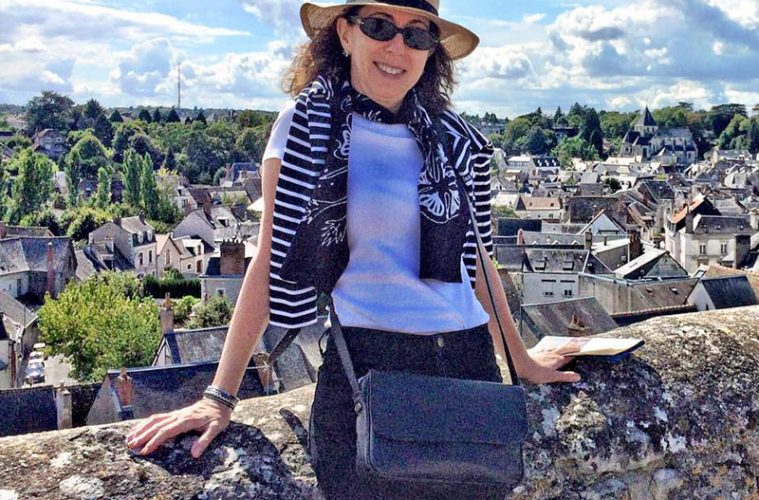 Recently winging my way home from Paris, drinking a tiny bottle of red AirFrance wine while fantasizing about just picking up and moving to that stately, gorgeous city, I couldn’t have picked a better companion book than Deborah L. Jacobs’ new Four Seasons in a Day: Travel, Transition, and Letting Go of the Place We Call Home. 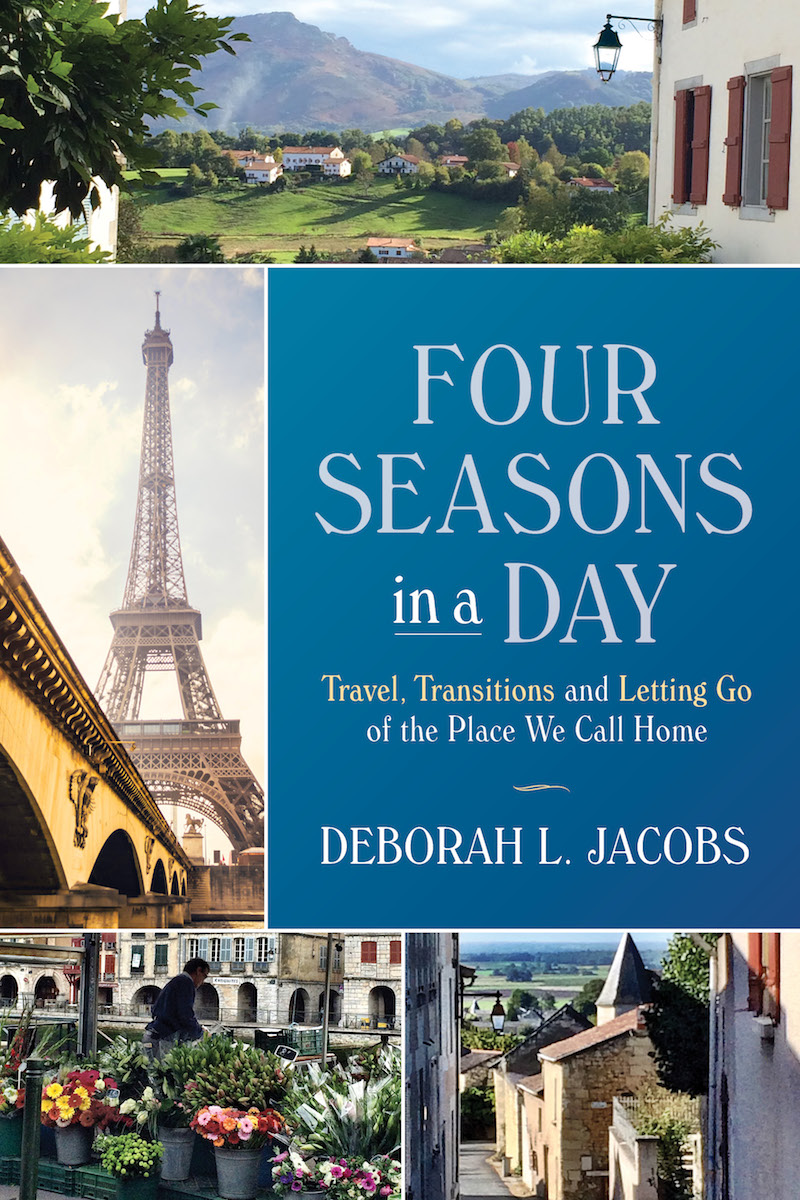 The memoir tells how after Deborah, 58, quits a job she’s come to hate, she and her husband Ken, 62, decide to rent out their Park Slope brownstone to pay for Airbnb’ing their way through three months in France. She had me at “quitting the job from hell at age 58,” but still I wondered:

Is it really possible to escape the rat race and take a paid-for extended trip overseas?

What is it like to rent out your house to total strangers?

Does Airbnb come through, especially in a foreign country?

How do you get by for three months if you speak little of a country’s language?

I’m happy to report that all these questions and more are answered in Four Seasons in a Day (the title refers to a saying about the changeable weather in the Pyrenées).

At its heart a travelogue about two Americans acclimating to living in France, this book also has a message for those of us in middle age wondering, “What’s next”?

Deborah doesn’t sugarcoat the doubts and questions that follow trying to make a major change in your life.

Lucky for her, Deborah was able to combine her talent (writing) with her passion (travel) to create her next act: this book (written on spec, meaning no book contract or advance). A freelance writer on business and travel topics for Forbes, The New York Times, and Bloomberg, Deborah was originally a lawyer (and author of Estate Planning Smarts), and has a lawyer’s eye for details, along with wise advice about the new “sharing economy.” 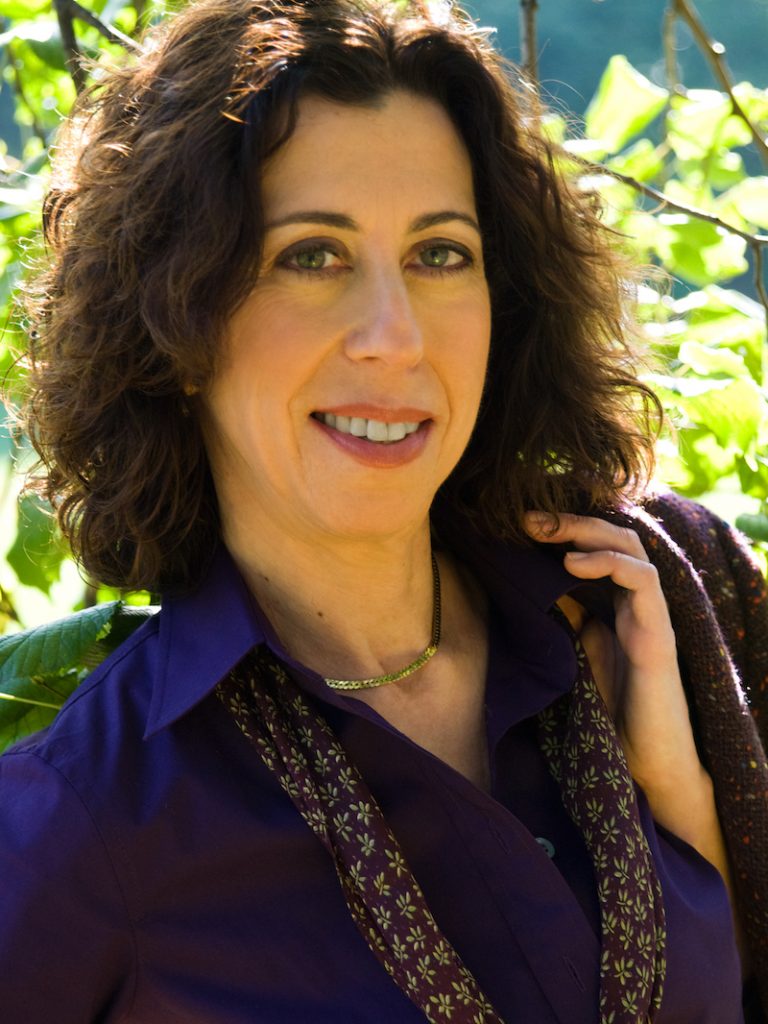 Early on she tells readers, “When things don’t go well, the sharing economy may turn out to be much more complicated than it seems on the surface or its name implies,” and over the course of the book we learn why to read the small type in the sharing economy contracts and how to look out for our rights.

The bulk of the 283-page book, however, is a memoir detailing the couple’s experiences living in countryside France: from dealing with frequent power outages and hard-to-figure-out appliances to navigating getting your hair cut and dyed in a second language and becoming willingly spoiled by all the fresh produce and bread.

While the book’s back jacket calls the book “humorous,” I didn’t find too many laugh-out-loud moments in it. But there were plenty of rueful or sympathetic head-shaking moments. One of my favorites is early on when, after a irksome first week in their 3-month Loire Valley rental, Deborah’s husband Ken sends a grouchy email to the California-based homeowner listing the various issues they were facing… and gets this reply: “Please let me know where to send your money back so that you can find some other place better suited. Let us know when you will be leaving.” 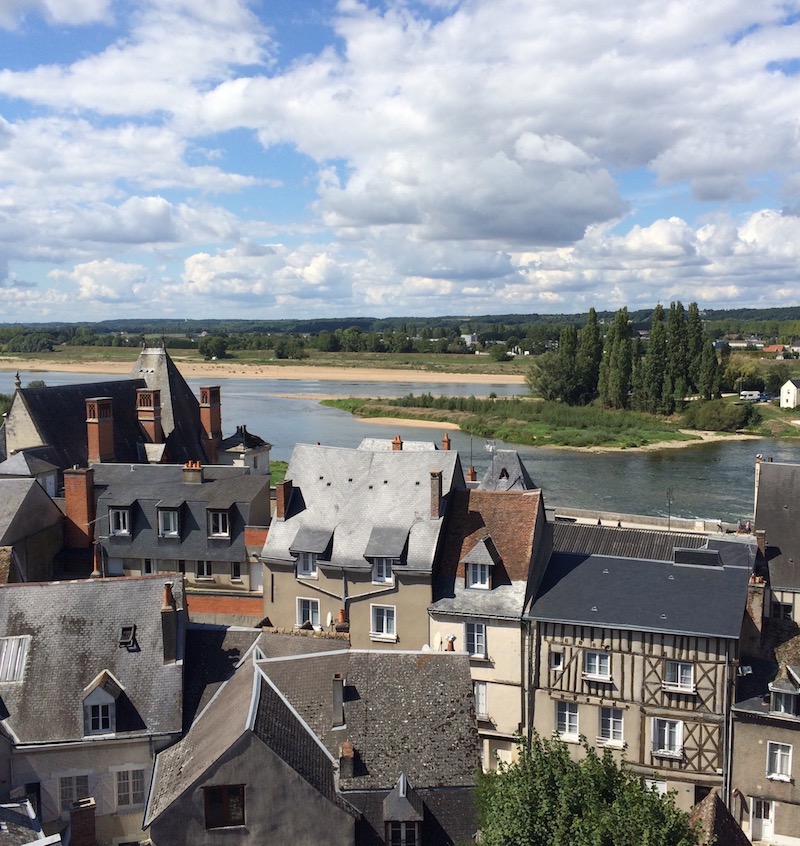 Oops. Suddenly Deborah and Ken have to scramble for new France lodgings; they can’t go home, since they have renters in their house for three months! Of course, this unfortunate turn of events is great for the book’s narrative since it means the reader has to keep turning pages to see what happens next to the couple.

A look at the table of contents gives you some hints. They move several times, running into challenges each time (with one consistent complaint being untidy or downright dirty conditions), until they put down roots in a very satisfactory shared large house in the Basque Country in the south of France.

A deep dive into Basque Country

If you’ve ever wondered what it would be like to live in le pays Basque, a culture unto itself straddling the border of Spain and France, you can be an armchair traveler as Deborah shares the particulars of the food, people, unique language, and various mountainous and seaside towns. It’s with relief that we realize the hosts (who are present in the large shared side-by-side house) and this locale give the couple the positive French experience they had hoped for. New Yorker Deborah shares with her U.S. readers the initially unnerving friendliness of many of the people she encounters (who start out every encounter with a hearty “Bonjour”) and the welcome escape from the youth culture and ageism that dominates our country.

The author is a culture maven and a foodie—lots of paragraphs devoted to the wine and regional delicacies she and her husband enjoy in the Loire Valley and Basque regions. But she’s also budget conscious, which to me makes her stories relatable. I smiled as she admitted that after resisting a nice-but-expensive item such as a French linen tablecloth and napkin set or a heavy metal griddle for weeks, she would often cave in and buy it on the way out of town. I’ve often done the same thing myself, much to my groaning baggage’s discomfort.

I mentioned Deborah’s eye for details and she sprinkles lots of useful info throughout her narrative.

One of my favorite bits was her realization that without much trouble she could bring home a 15-month supply of an expensive prescription drug she takes, saving herself $3,000—enough to nearly finance their next trip!

The couple’s three-month French adventure ends with a short-term rental in Paris, a visit unfortunately overshadowed by a terrorist attack on the city. And then they’re back home, in a section of the book Deborah names “Reentry and Reinvention.” This section includes details on what happened to their own home, rented by a family with two toddlers during the three months away, and there were some issues. 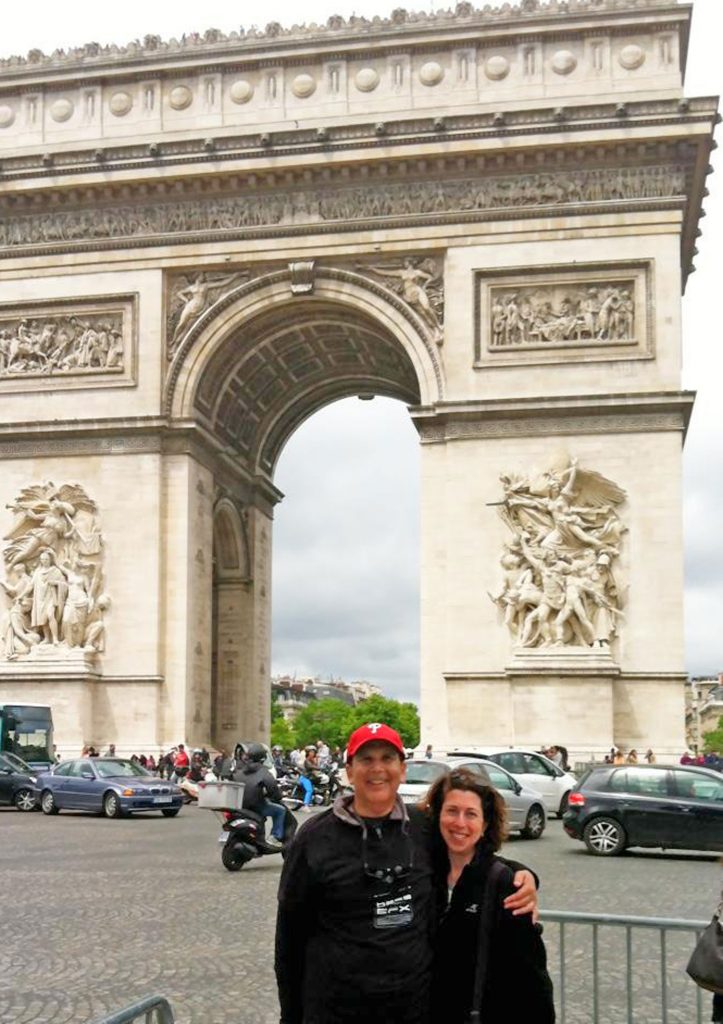 Deborah and Ken in Paris

Would they do it again?

The answer is Yes! As the narrative ends, Deborah and Ken are further upgrading their Brooklyn brownstone with hopes of renting it out for another three months next fall.

The book closes with a detailed tips list for homeowners interested in renting out their home, based on the couple’s experience from both sides. I read the list with interest, even though since I don’t own a rental-worthy house in a desirable location, I wouldn’t be using these lessons.

In fact, to my regret, I don’t envision myself following in Deborah and Ken’s overseas “slow travel” footsteps for a variety of reasons. (One thing Deborah doesn’t explore, since it didn’t apply to her, is what if a married couple isn’t on the same page regarding where to go and how long to be away from home.) Yet I found that this book’s mix of travelogue, observations about aging, career, and fish-out-of-water adventures, and practical advice about the sharing economy come together to make for an entertaining and information-rich read.

Can’t wait to read the book—or purchase it as a gift for your favorite traveler? You can purchase a copy of Four Seasons in a Day on Amazon.

Disclosure: The author received a copy of Deborah L. Jacobs’ book for review and GOT earns a small commission as an Amazon affiliate for any copies of the book purchased through the links on this website.