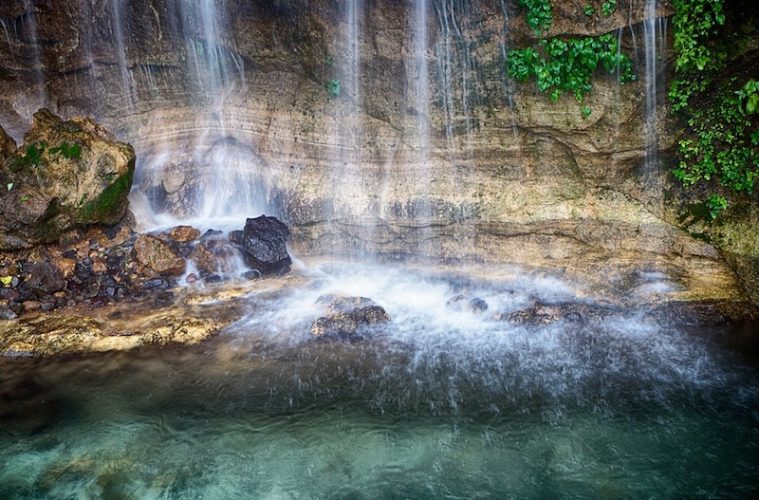 If El Salvador doesn’t come to mind when a traveler is seeking a vacation in Central America that offers a tropical climate (with average daily temperatures in the 70s), uncrowded beaches on the Pacific (good for surfing and for sunning), volcanoes, and alluring Mayan ruins, it should. Sometimes, the lure and luxury of a place is its authenticity.

With the strife of the past largely behind, El Salvador—a nation with a land area about the same as that of New Jersey but a population of 6.1 million people—is a gem of a country that many overlook.

Flying direct from JFK to San Salvador, my first stop—and my first view of the Pacific Ocean on this trip—is the fishing pier at Puerto Libertad to see fishermen selling their day’s catch. Not long after, I experience my first pupusa, a thick tortilla (this one stuffed with pumpkin), and wash it down with a glass of horchata, a drink made from dried jicaro seeds and spices. Bliss! 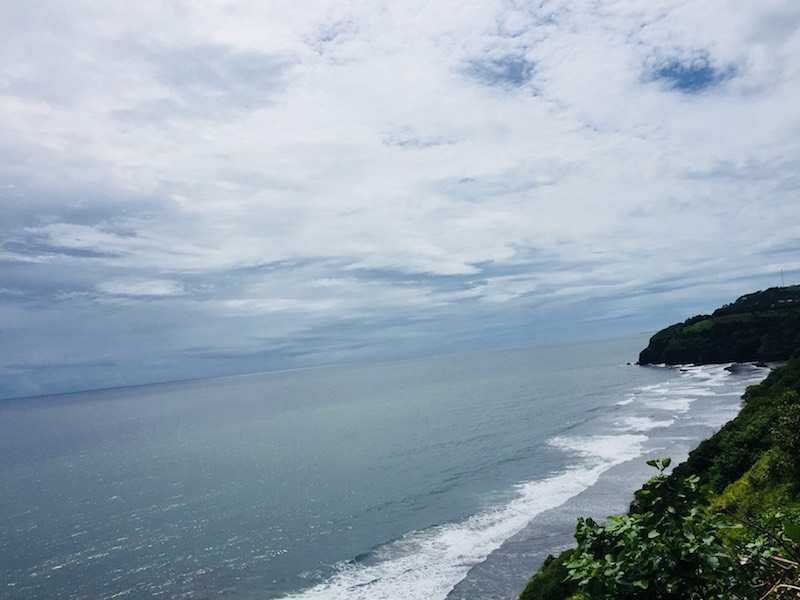 Our next day begins with a walking tour of the Centro Histórico, including a visit to the Metropolitan Cathedral of San Salvador and the tomb of Archbishop Oscar Romero, who was assassinated in 1980 while saying mass. Romero—now on the path to sainthood—was something of a straight talker to El Salvador’s richest families. A sniper killed him shortly after he delivered a sermon telling soldiers that they should follow God, not their superior officers, and refrain from killing their countrymen. 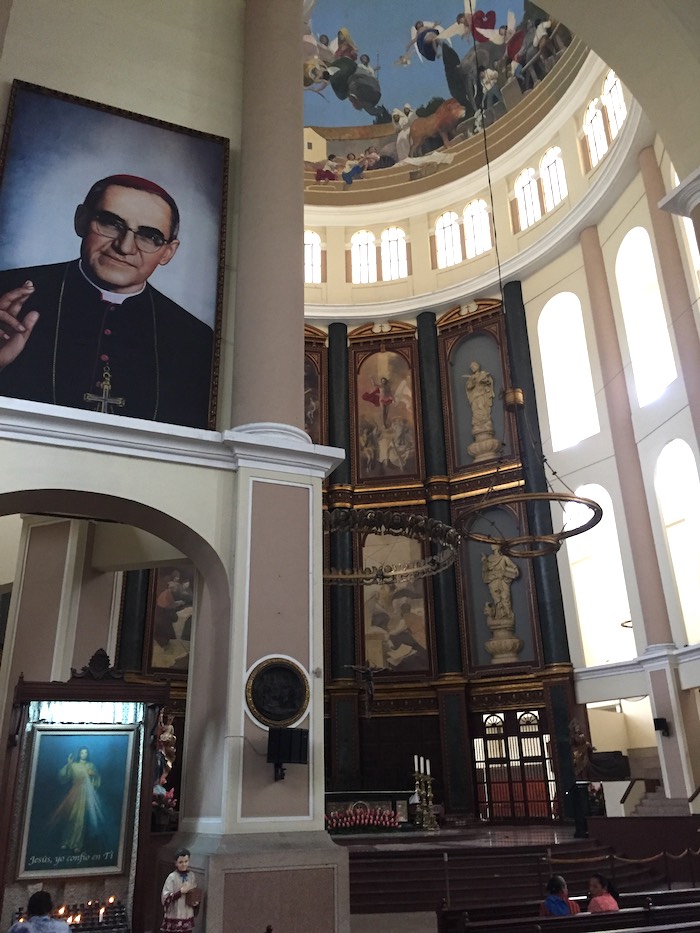 Images of Archbishop Oscar Romero, assassinated in 1980, are abundant in El Salvador

Our group travels by van to the colonial town of Suchitoto, where we indulge in a bit of experiential tourism and dye scarves with house-brewed indigo at Arte Añil. This “blue gold” used to be a big business in Suchitoto. In fact, proprietor Irma Guadrón’s grandfather at one time had an indigo factory here, so she is carrying on a family tradition. 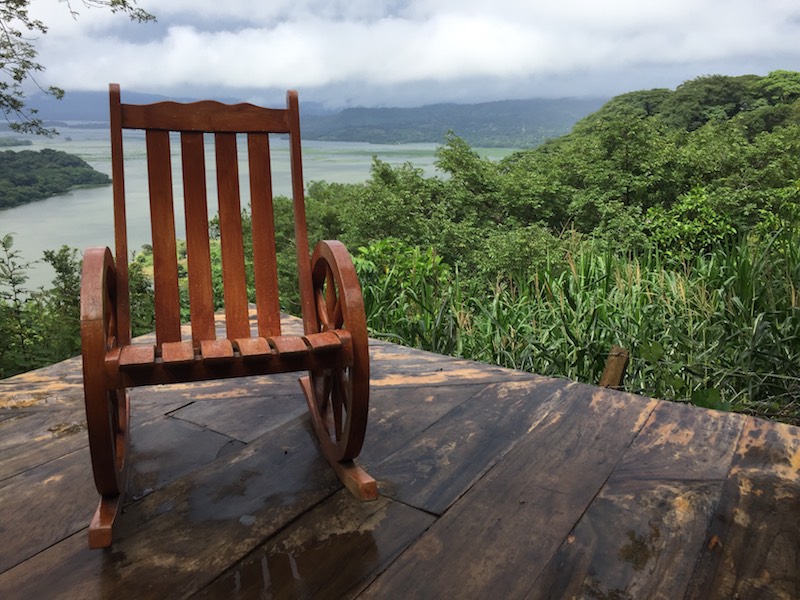 Later, on a walking tour of the town, we get some hands-on tortilla-making pointers at the local market. Tortillas here are not the crepe-thin pressed sorts seen in other countries and back in New York. They are thicker. 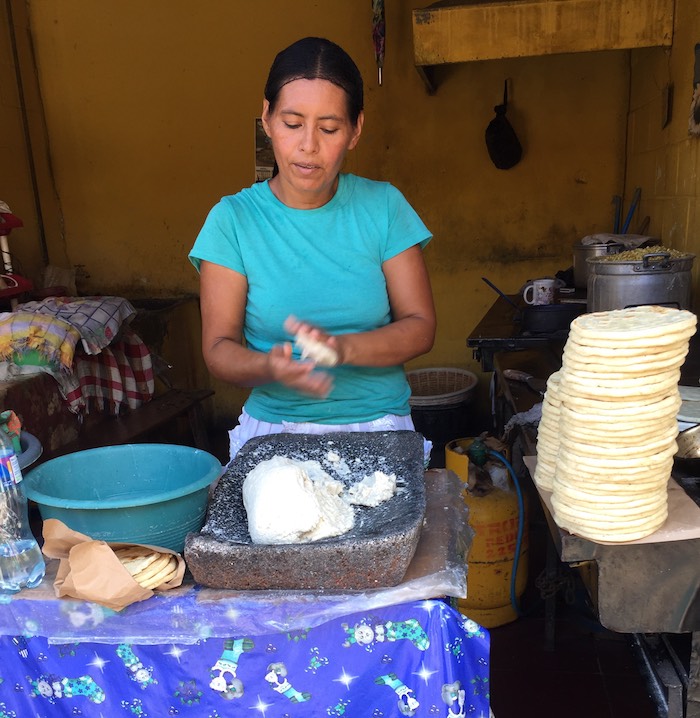 Freshly made tortillas for sale in El Salvador

After a night in Suchitoto, we head to the volcano known as El Boquerón for a little dose of nature. Later in the day, our group tours the archeological site Joya de Cerén, which translates as the jewel of Cerén (the surname of its prior owner).

Now designated a UNESCO World Heritage site and known as the “Pompeii of America,” Joya de Cerén was a Mayan fishing village before being buried by the eruption of a volcano in the year 600.

We spend the night in Concepción de Ataco and wake up to a view of the Chingo volcano rising above the mist and to the sound of many cock-a-doodle-doos, as the roosters here crow more than a single time at sunrise. The sight and the sounds are breathtaking. 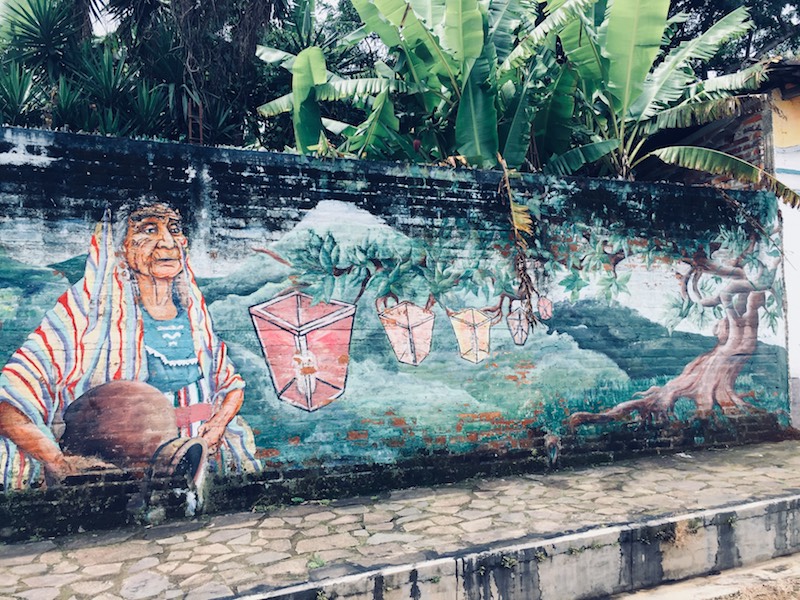 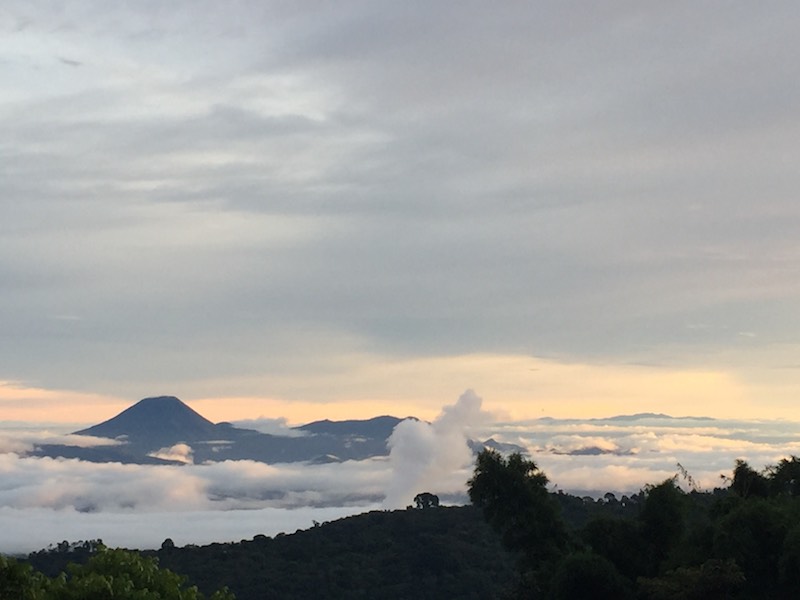 On our last full day, we set out for the beach and for some beachfront dining at Restaurante Beto’s in El Sunzal. Heading back to San Salvador for the night, we depart the next day.

I wouldn’t be surprised if the question of travel safety was already coming to your mind.

To be sure, El Salvador experienced its share of troubles, particularly in the 1970s and 1980s, when its military, funded in part with aid from the United States, played a role in the “disappearances” of thousands of people as impoverished farmworkers and others sought land reform. Members of the Catholic Church espousing liberation theology (the notion that those suffering from oppression should be freed from it) were assassinated. Civil war broke out along with fears that the rebels were being aided and abetted by Communist countries.

The civil war ended back in 1992 due, in part, to the collapse of the Soviet Union. To oversimplify, there was suddenly far less interest on the part of superpowers in funding skirmishes pitting communism vs. capitalism. Yes, crime rates still are on the high side, thanks in part to gang activity that spiked after El Salvadoran emigrants to the United States (during the troubled times) returned to their home country. Today, El Salvador has a democratically elected government. In addition, tourism police, a department of the National Civilian Police known as Politur, are dedicated to protecting the security of tourists.

What’s it really like? This particular visitor happened to live in a neighborhood “in transition” in Washington, D.C., back when it was known as the “murder capital.” At the end of the day, a person can get mugged pretty much anywhere.

I never felt unsafe in El Salvador, but I also wasn’t being stupid.

I didn’t flash a lot of jewelry or cash, venture down dark alleys alone, or leave my handbag unattended. I was fine and would return again. Tourists will see security guards with guns at high-end restaurants and other locations. Fencing topped with razor wire seems to abound.

* All photo credits except for lead photo: Lori Tripoli

The author’s trip was sponsored by the government of El Salvador and Avianca airlines.