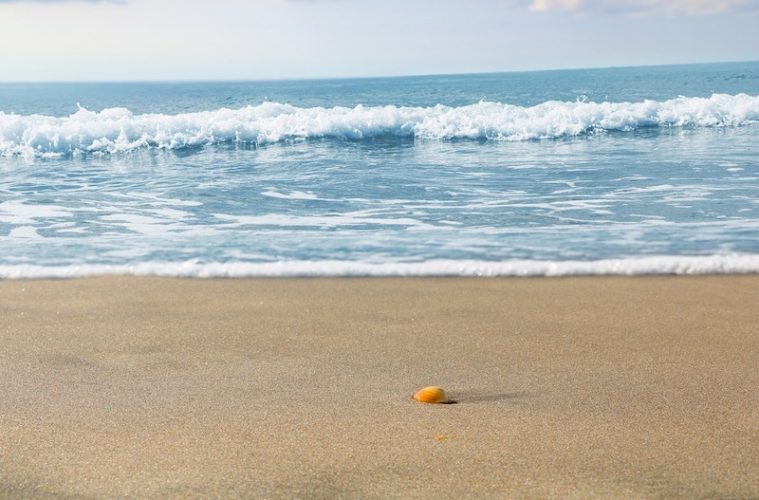 If you’re a fan of sea, sun and sand, say Hola! to Cabo, the newest playground for celebs like Shia LaBeouf and Rhianna.

Draw a straight line down the map from my home in Alberta and it will land right between Cabo San Lucas and San Jose del Cabo, at the southern tip of Mexico’s Baja California Peninsula. That’s almost exactly where you’ll find at the all-inclusive Paradisus Los Cabos, the latest luxury offering from Melia Hotels International, the largest resort operator in the world.

They know a thing or two about how to please a guest and how to propel an ordinary vacation into an extraordinary experience.

“I believe this hotel has a soul”, says Nashelly Tapia, director of sales and marketing at the Paradisus Los Cabos.

She explains that after hurricane Odile in 2014, Melia did not leave its staff stranded. Most them were seconded to other properties and after the hotel reopened, forty percent of them came back to the new Paradisus. “We worked for two years and spent over 40 million Euros during the renovations. Now we have a new team and they are willing to do their best to bring this hotel to the next level.”

The Paradisus Los Cabos also supports Tiempo por Sonrisas Los Cabos which provides chemotherapy treatments for children from the area, with one treatment given for every thousand plastic water bottles that are recycled.

The attention to detail starts at the grand front entrance where Royal Service guests are greeted with cool towels and a refreshing cucumber martini.

The enormous lobby is dominated by a three-story high pyramid shaped onyx skylight that casts a warm glow over the marble floors and contemporary décor. 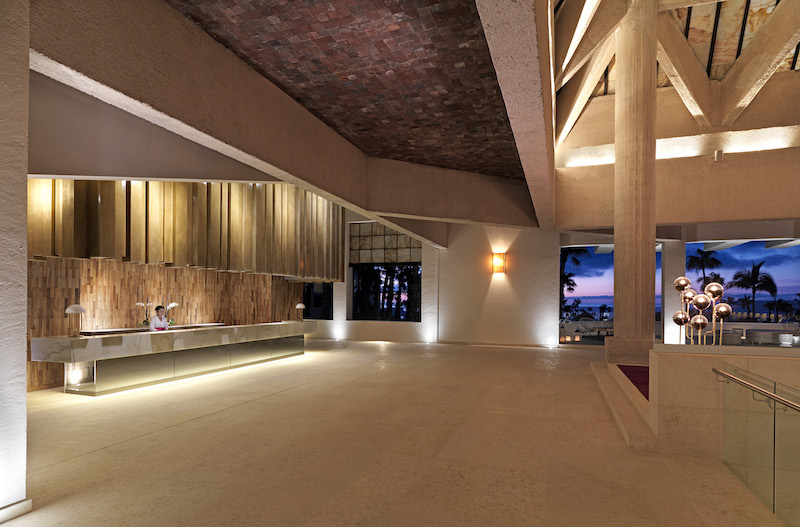 I checked in at the third floor Royal Service lounge where a delicate woven bracelet became my ticket to the all-inclusive lifestyle. With a rosy hibiscus cocktail in hand, my personal butler appeared, ready to escort me to my suite. Unfortunately, or maybe fortunately for him, I had very little to unpack and I barely saw him for the rest of my stay.

Note to self: Learn to be more high maintenance in the future.

After unpacking, I joined my hosts and companions at Mole, one of seven restaurants on the property. As a Royal Service guest, I was free to choose from all of them, except one, without a reservation. More on that special place later.

First, we enjoyed a splendid traditional Mexican meal that featured chicken mole, spicy ribs and quesadillas followed by delicious handmade chocolates. Then it was time to take in the evening’s entertainment under the stars, where the Mexican theme continued with an outstanding mariachi band, a local dance troupe and talented singers.

Returning to my room, I was delighted to find that turndown service included more chocolate! The complimentary minibar found in every room is refilled daily, and holds premium liquor brands, juice, colas and water.

I was feeling a bit lonely since both sides of the bed were turned down. That feeling was amplified in the shower, where not one but two rainfall shower heads were waiting. I cheered up when I saw the Thierry Mugler toiletries, a mountain of white towels, a fluffy robe and slippers.

The next morning, I was up at dawn, so I decided to take a walk down to the beach and watch the sun rise into the pink sky. As I walked along the winding path past the deep blue pool a gentle voice whispered, “You’re beautiful” over a soft house beat, from multiple speakers. That was a nice way to start the day, to say the least.

“It’s all part of the total guest experience,” says Ariadna Ruiz, romance manager. She explained that Melia introduces the “wow” factor at Paradisus Los Cabos through sound and scent. In fact, there is a team of “Sensory Architects” who handle all the tiny details like candles, night illuminations and artwork. 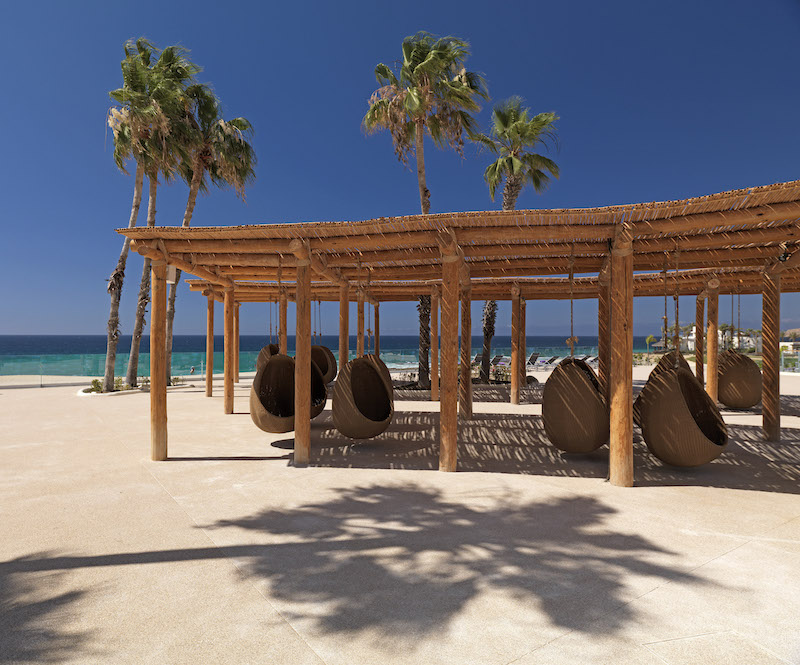 Egg chairs on the beach

Paradisus Los Cabos has one of the very few swimmable beaches in the area. As the sea was quite rough, and there was no lifeguard on duty I decided to watch the waves crashing on the breakwater instead. The beach directly in front of the hotel is kept in pristine condition since it’s a nesting site for endangered birds, called El Gallito Marino, or sea roosters. But the pretty black and white birds are elusive, and I didn’t get to see one during my stay.

I enjoyed a leisurely breakfast at the adults-only La Palapa restaurant overlooking the beach and the private Royal Service pool. There are 28 romantic swim-up suites in Royal Service and the Master Suites, often used by wedding parties, feature huge walk-in closets and separate living rooms. 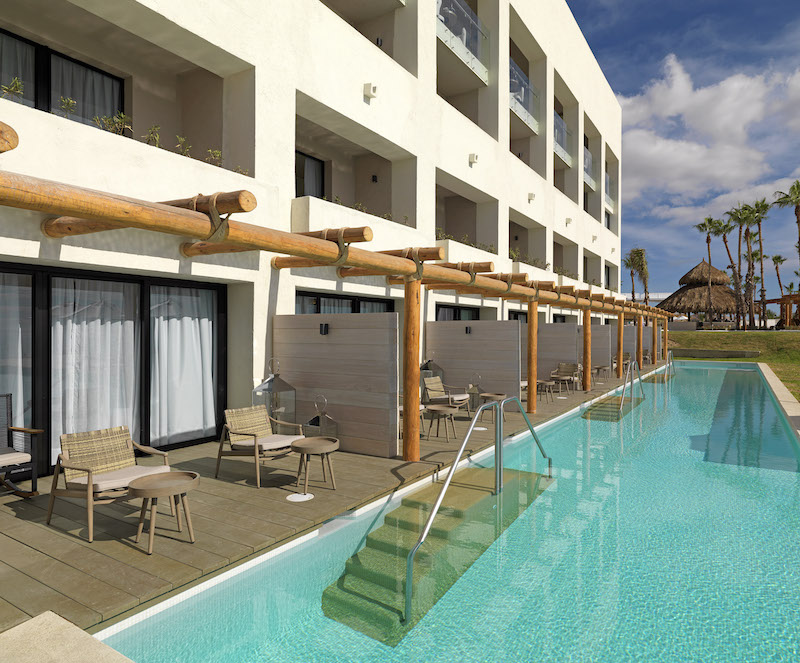 Families stay in another tower in an opposite wing of the building, where the Family Concierge sees to everyone’s individual needs. The children’s area is well stocked with toys, games and a trampoline, although the pool seems to be the main draw. Speaking of the pool, there’s a 30-minute rule for towels left on palapas or beach chairs. If you’re not back after that time, your towel is whisked away. No 4 a.m. poolside camping out here to get a chair, thank goodness.

My next stop was the YHI Spa, where a lovely woman by the name of Nidia soothed every muscle in my sore back and shoulders with a massage that relaxed me for three days. Ask for her – she’s amazing! The YHI Spa is small but offers full service, amidst ornate pink, black and white décor that looks like it came straight off the set of Beauty and the Beast. There’s also a very well-equipped gym with free weights, treadmills with flat screens, and weight machines but let’s be honest, I don’t do that on holiday. 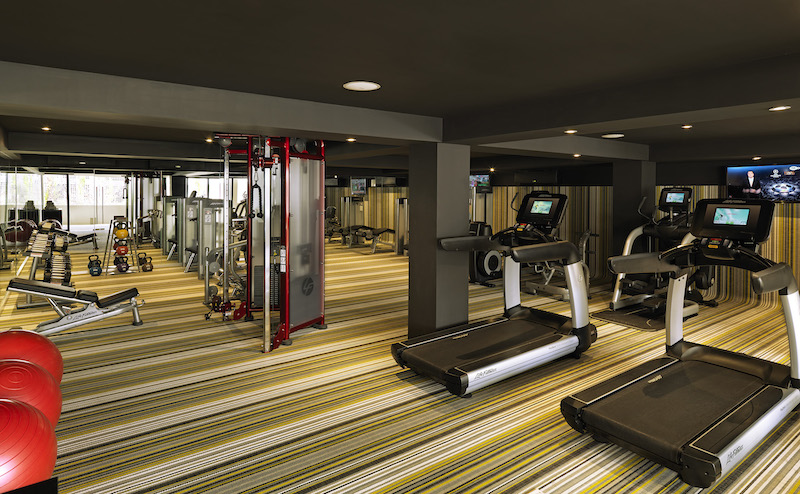 I did try and visit all the restaurants on the property though and found them all to be excellent.

The Gastro Bar by Martin Berasategui was a standout. Chef Berasategui has been awarded eight Michelin stars, more than any other Spanish chef, and he creates and updates the menu on a regular basis. Many of the dishes, like smoked pork carpaccio, featured a foam element. Bacon foam is just as good as it sounds. This is the only restaurant that requires reservations. It’s adults-only and there’s a small upcharge, which is well worth the extra fee.

Sadly, the next morning it was time to leave. I didn’t have the heart to say adios to Cabo, and I can’t wait to say hola again.

Disclosure:
Debra Smith was hosted by the Paradisus Los Cabos but, as always, her opinions are her own. 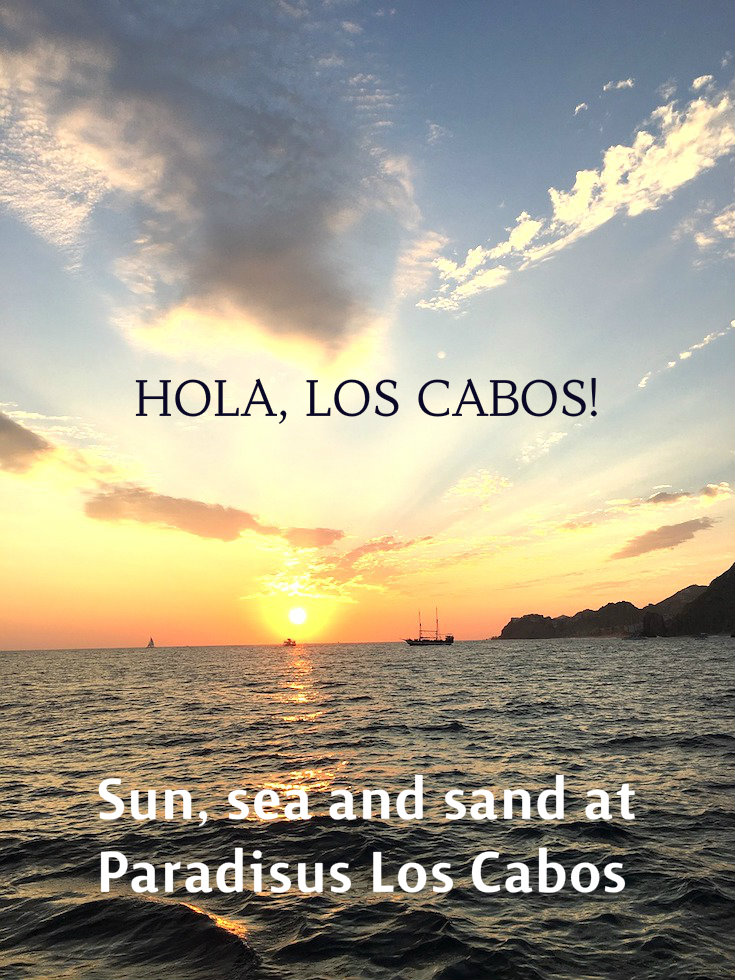