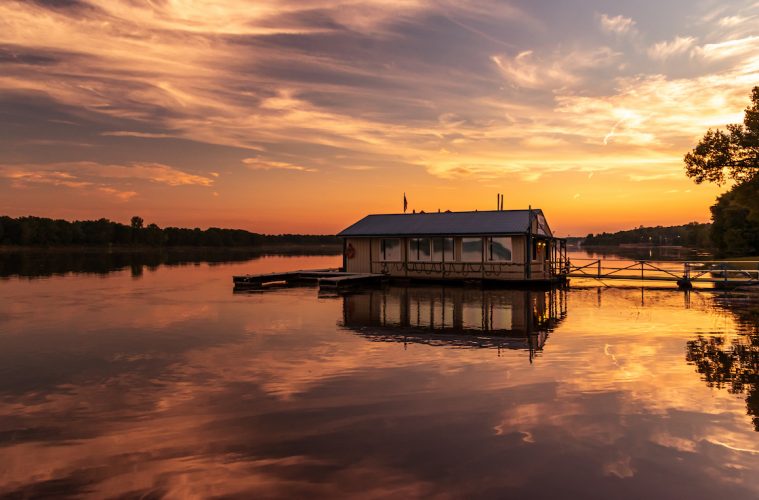 Whether you are looking for a socially distant outdoor experience or just want to be outdoors, consider a Southern Illinois getaway to see  the fall colors. Yes, you read correctly—Illinois, known more for its vast cornfields than for autumn-hued leaves. 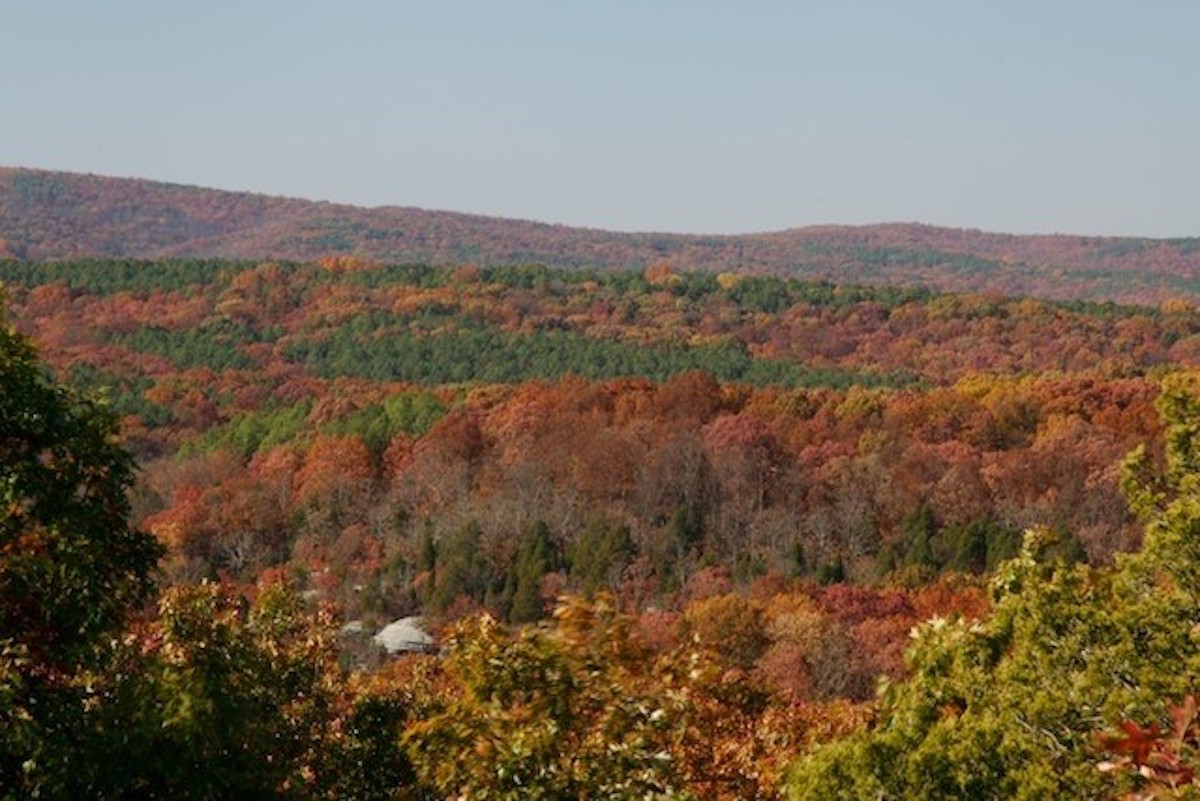 Outside of the tourist hot spot of Chicago, the rest of Illinois does not get a lot of love or attention. I grew up in Chicago, went to college there and also attended graduate school in central Illinois. Yet, despite all this time in the Land of Lincoln, I did not know anything about the natural beauty or history of Southern Illinois. Until recently that is.

While central Illinois may be part of the U.S. breadbasket, the southern tip of the state, defined by the meandering Ohio River, is anything but flat. Large rocky outcroppings, waterfalls and a vast forest of deciduous trees are all part of the Shawnee National Forest. National forests don’t get nearly as much attention as national parks, but for those in the know, much of this acreage managed by the Bureau of Land Management (BLM) can be just as scenic but without the crowds of a national park.

The appeal of the Shawnee National Forest is that it is within a six-hour drive of thirty or so metropolitan areas, which makes it an easy road trip from nearby large cities like Memphis, St. Louis, Nashville, Louisville, Indianapolis, Cincinnati, and of course, Chicago, just to name a few. You won’t find any big cities here though, just small hamlets that offer all the necessities for a great nature-oriented getaway.

To experience the area on a scenic drive, take the Ohio River Scenic Byway, starting at the Wabash Bridge at the Indiana border, and follow the twists and turns of the flowing river till it meets the Mississippi River at the town of Cairo, Ill.

On the way, make sure to stop at Garden of the Gods Wilderness Area for an easy hike with rewarding views of interesting sandstone rock formations and rolling, forested scenery. The camel rock outcropping may look familiar; it appeared on the state’s America the Beautiful quarter produced by the U.S. Mint in 2016. 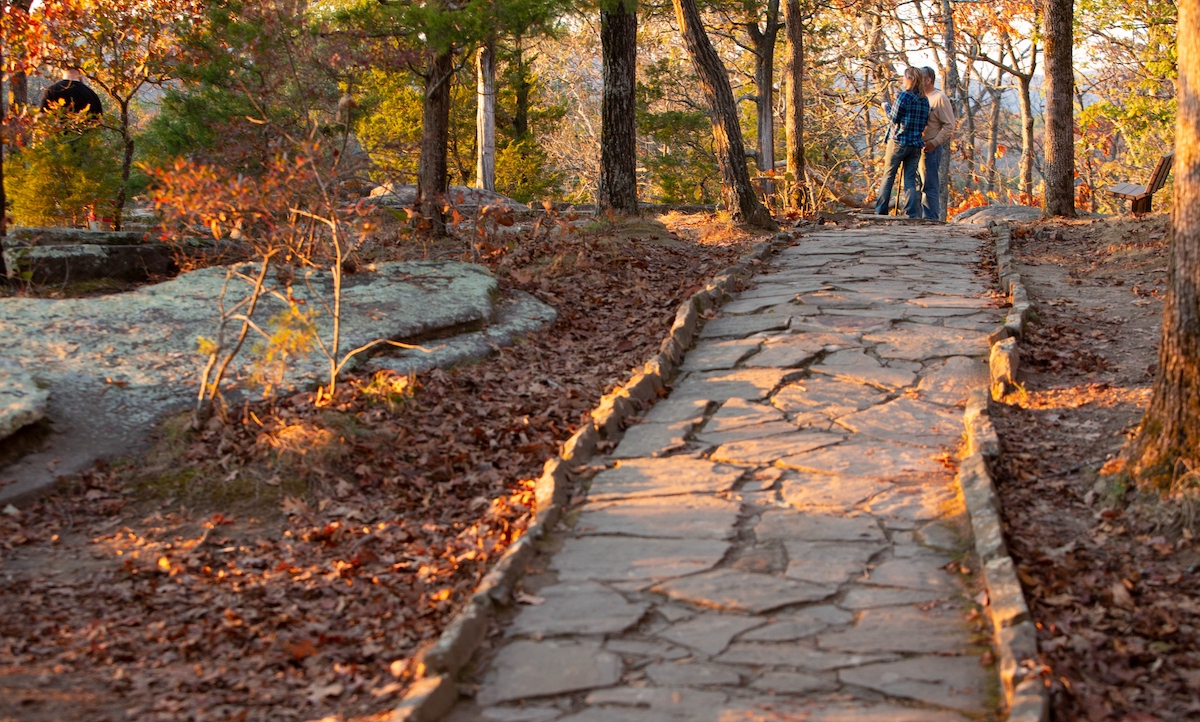 A scenic path in autumn in the Garden of the Gods (credit: Southernmost Illinois Tourism Bureau)

Another fun stop is Cave in Rock State Park, where I learned how this natural shelter was once used by outlaws, river pirates and other nefarious personalities. And for some of us of a certain age, you may also recognize it from scenes in the 1960’s Disney movie “Davie Crockett and the River Pirates.” 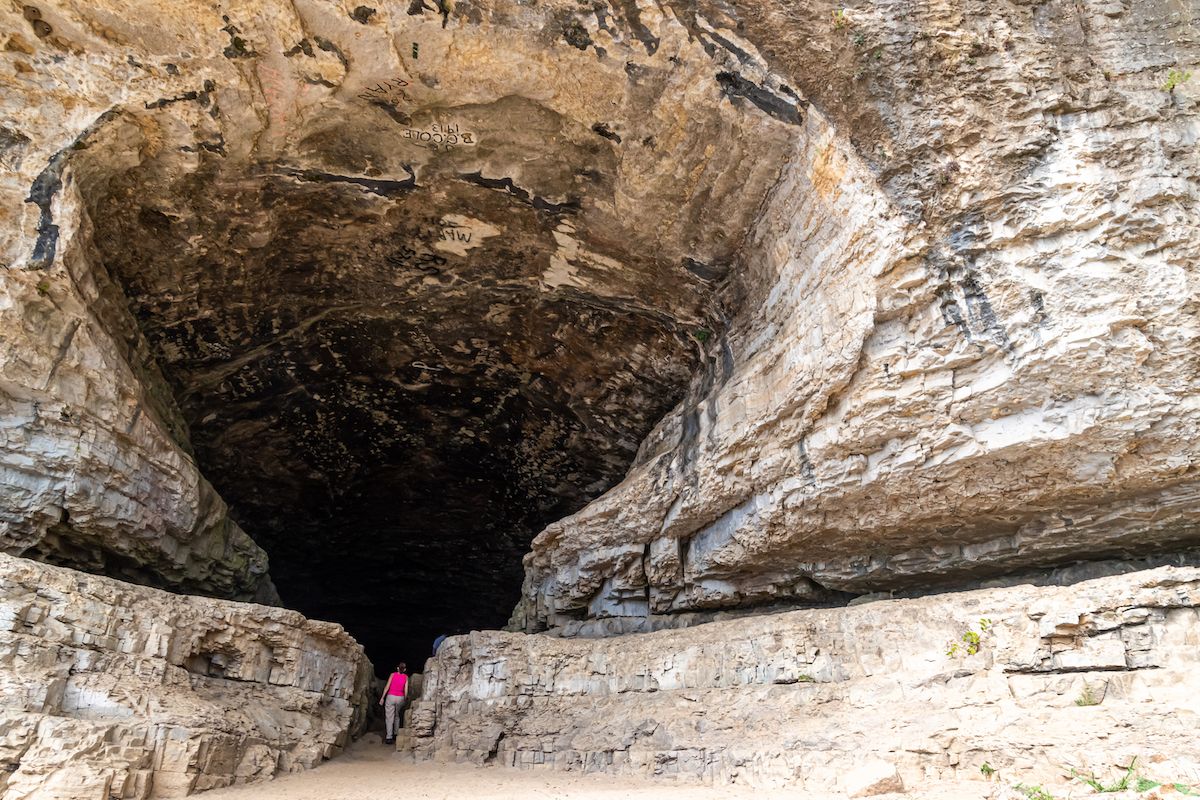 Cave in the Rock State Park

While in the area, be sure to stop for a meal at the E’Town River Restaurant, aka, The Catfish Barge. I had a great dinner here, and you won’t find a fresher or better tasting fried catfish plate on this side of the river. Just a few hours earlier, the fish on my plate was still swimming. This is also a scenic spot to catch the sunset over the Ohio River. Then, to quench your thirst, find your beverage of choice on the Shawnee Hills Wine Trail or the Southernmost Illinois Brewery Trail.

Southern Illinois is also brimming with interesting history. At the Illinois Iron Furnace site, I learned how iron was once manufactured here using only natural local resources. And at the Fluorite Museum, I discovered how this area was once a major source of the mineral fluorite, which is used to produce fluorine, an important chemical used for fluoride cavity prevention as well as in the production of pharmaceuticals.

The region’s varied accommodations include hotels, inns and B&B’s, but I think that the best way to experience the great outdoors here is to stay in one of the many rental cabins available in the area. I stayed in a one-bedroom option at the Shawnee Forest Cabins near the Garden of the Gods. Not only did I have a full kitchen and a fireplace, but also a hot tub out on the deck and a fire pit for roasting marshmallows under the stars. 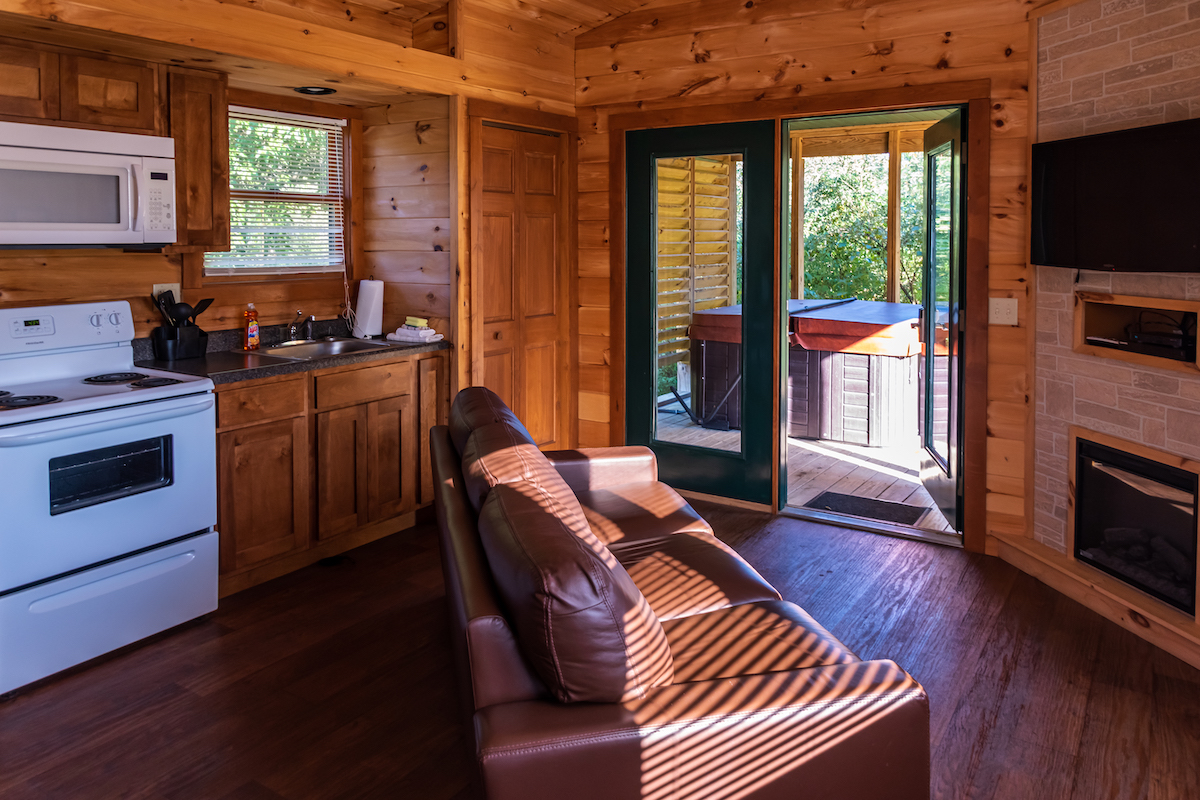 Interior of a Shawnee Forest cabin

To catch the fall colors in the Shawnee National Forest, visit mid- to late October, although I think a visit any time of year would offer a great opportunity for an outdoor getaway.

Disclosure: The authors’ trip was hosted by Southernmost Illinois and Shawnee Forest Cabins but any opinions expressed in this post are her own.

Be sure to get the whole scoop by reading Rose’s post There’s a Little Bit of Paradise in the Garden of the Gods Illinois on her blog, Quiltripping. 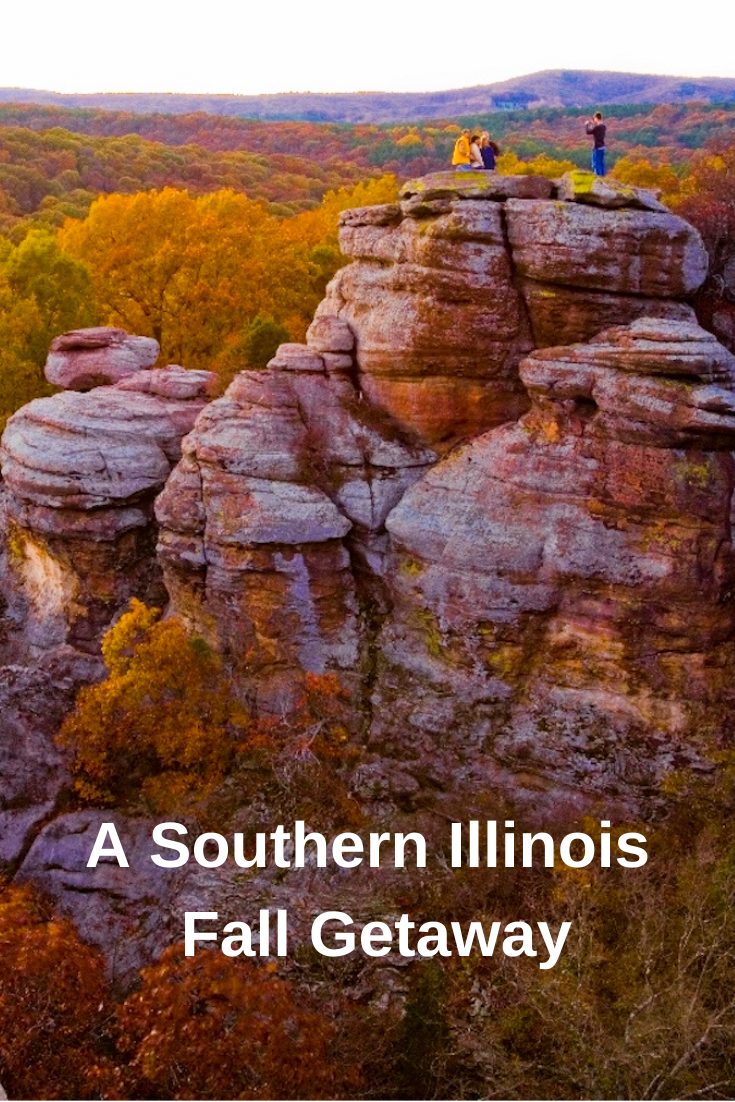