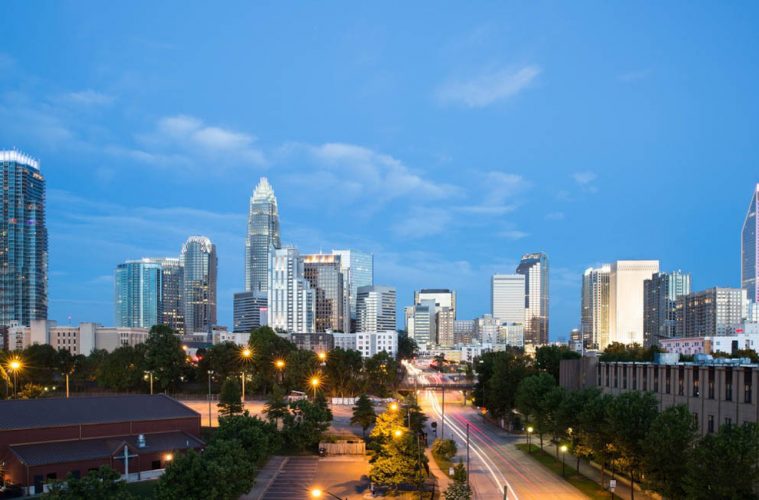 This insider offers inspiration for a long weekend in Charlotte, her home for the past decade.

Charlotte’s Got a Lot – the catchy, rhyming slogan for tourism in Charlotte, North Carolina – neatly sums up the appeal of the booming Queen City for over-50 luxury travelers seeking a memorable getaway.

Thanks to its continuing growth and diversity, the city exudes a buzzy vibe and palpable energy. It does so while maintaining a well-honed and welcoming sense of Southern tradition. The latter is exemplified for arriving visitors by the ubiquitous rocking chairs in the main concourse of Charlotte Douglas International Airport.

Located just east of the Catawba River in the Piedmont region, Charlotte is America’s 15th largest city and the number one travel destination in the Carolinas. Further, Charlotte Douglas International Airport (CLT) is ranked among the top 10 busiest airports in the world, making travel to and from Charlotte easily accessible with connections from many other cities.

While Charlotte was not a large or overly significant town in its early years, its treasured historical (even golden) nuggets lent promise to its global standing today.

In a nod to British royalty, Charlotte was named the Queen City in honor of Charlotte of Mecklenburg-Strelitz, the queen consort of British King George III at the time of the city’s founding in 1750. Occupying the town during the American Revolution, Lord Cornwallis received such hostile treatment from the partisan populace that he dubbed Charlotte a “hornet’s nest of rebellion.” Some 200 years later, that feisty moniker inspired the name of Charlotte’s NBA team, the Hornets.

Decades ahead of California, Mecklenburg County, with Charlotte at the heart, was the center of America’s first gold rush beginning in 1799. James K. Polk, the 11th U.S. president, was born in nearby Pineville, and his birthplace is a state historic site.

To learn more, history buffs will want to visit The Charlotte Museum of History, home to the oldest surviving house in Mecklenburg County. Listed on the National Register of Historic Places and a designated local landmark, the Hezekiah Alexander Rock House (circa 1774) is Charlotte’s only remaining structure from the Revolutionary era.

What Charlotte’s “got a lot of” (apologies to proper grammar)

There’s plenty to see and do during a long weekend in Charlotte: 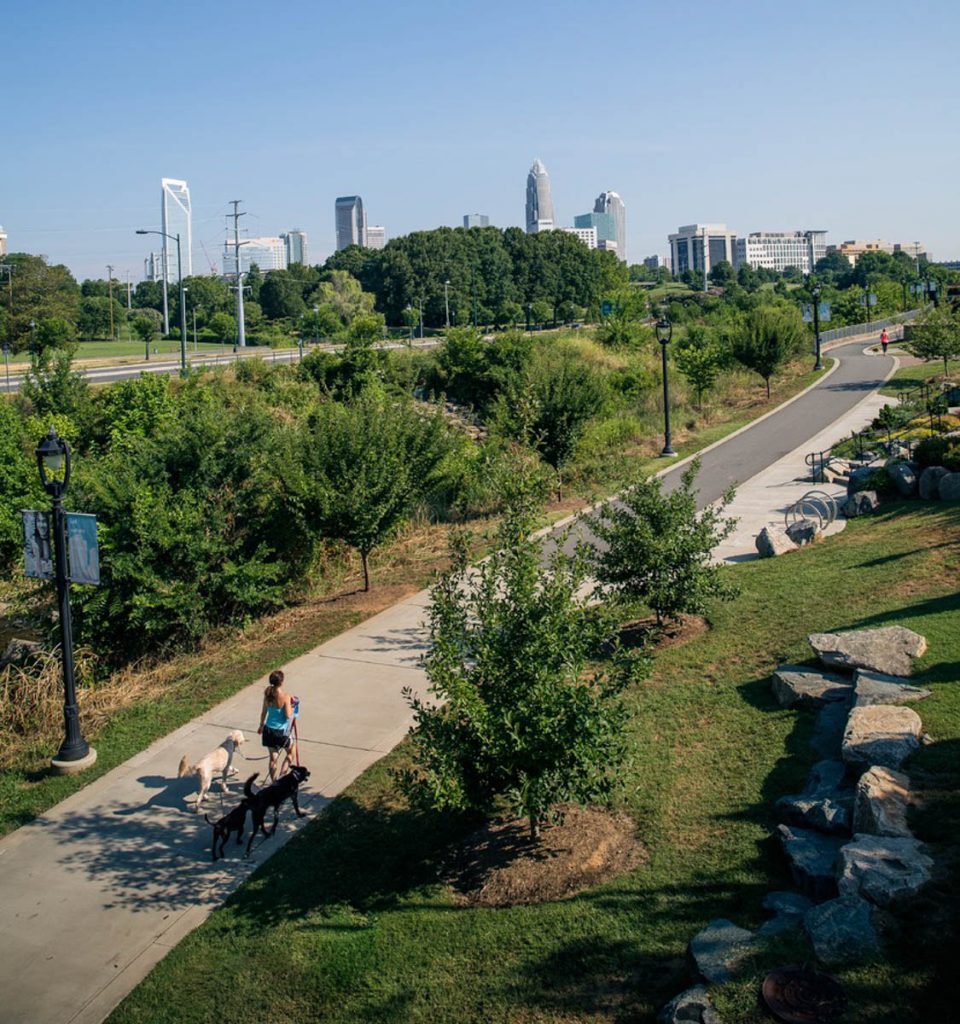 Charlotte’s cityscape marries gleaming skyscrapers (indicative of its prominence in banking and finance, energy, tech, and healthcare) with a dense tree canopy that perennially earns Charlotte yet another title, “Tree City,” from the National Arbor Day Foundation.

Just north of the city is Lake Norman, the state’s largest man-made body of fresh water, ideal for boating and water sports. In nearby Gaston County, Crowders Mountain State Park invites hiking with lush, panoramic views of the surrounding piedmont. 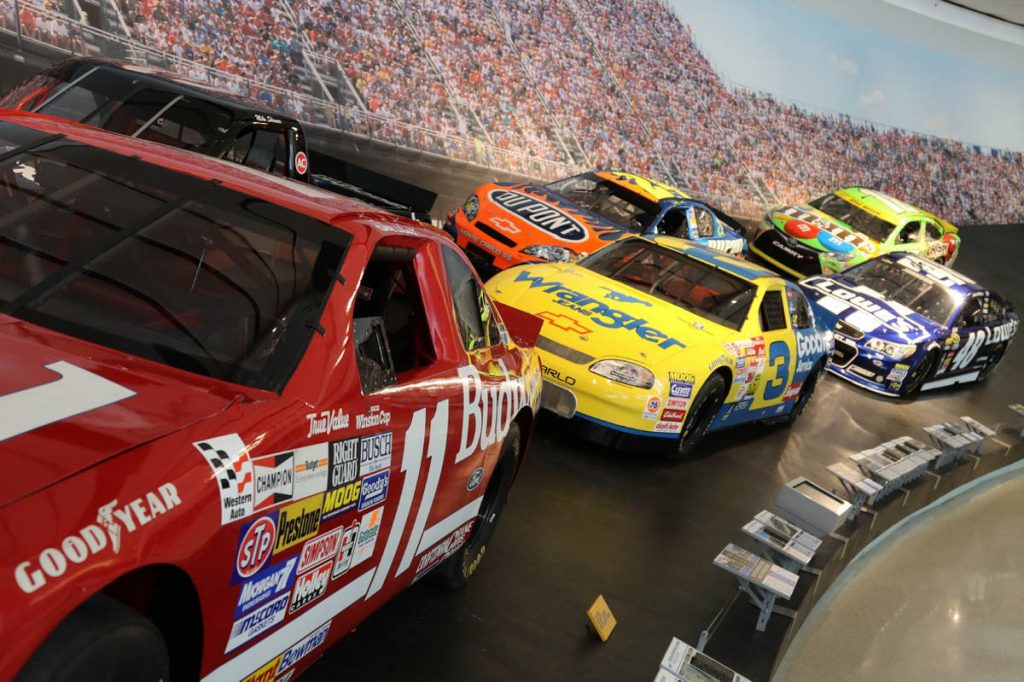 You can almost hear the engines roar in the Glory Road exhibition at NASCAR Hall of Fame. (credit: charlottesgotalot.com/Kyo H Nam Photography

In addition, the NASCAR Hall of Fame (easily located Uptown thanks to the checkered flag motif painted at its crosswalks) celebrates stock car racing’s North Carolina roots, heritage, and drivers.

A weekend’s worth of activities

Visitors can easily find interesting things to do and see over a weekend:

Levine Center for the Arts campus 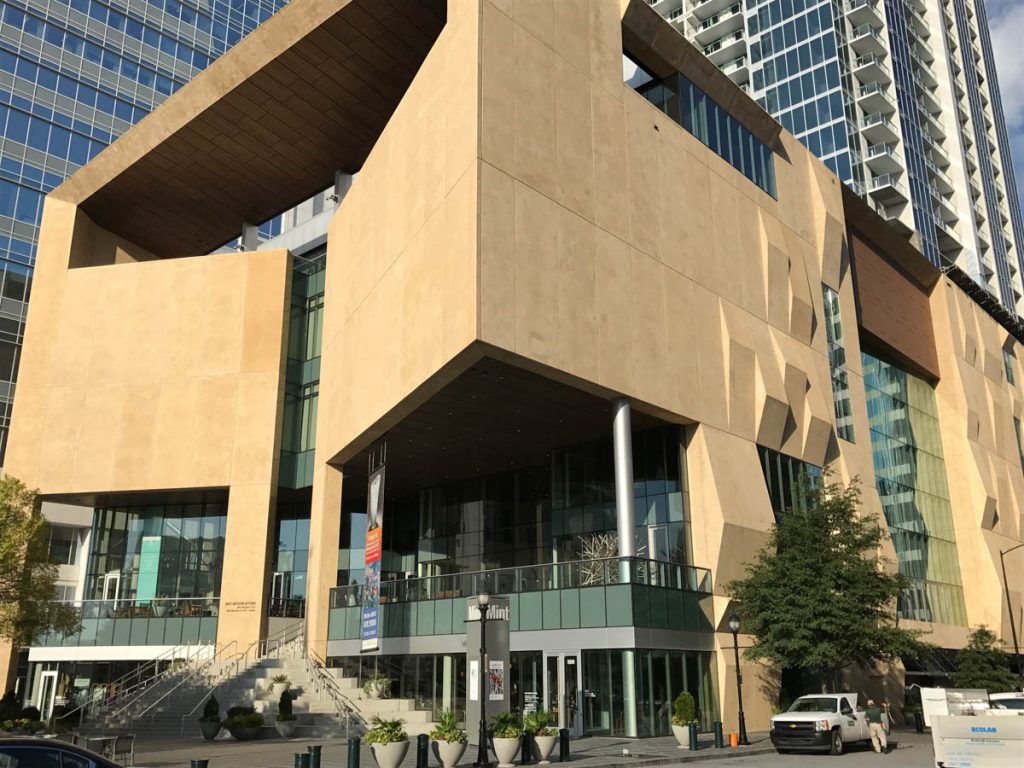 Located in the center city, The Levine Center for the Arts is one of Charlotte’s leading cultural destinations, comprised of three museums and a performance venue (designed with innovative architecture, creative retail shops, and public spaces.

The Mint Museum, North Carolina’s first art museum, showcases American, contemporary, and European art, as well as a Craft + Design collection. The Mint’s other location, Mint Museum Randolph in the park-like Eastover neighborhood, features ceramics and decorative arts in the building that once served as the original branch of the U.S. Mint. 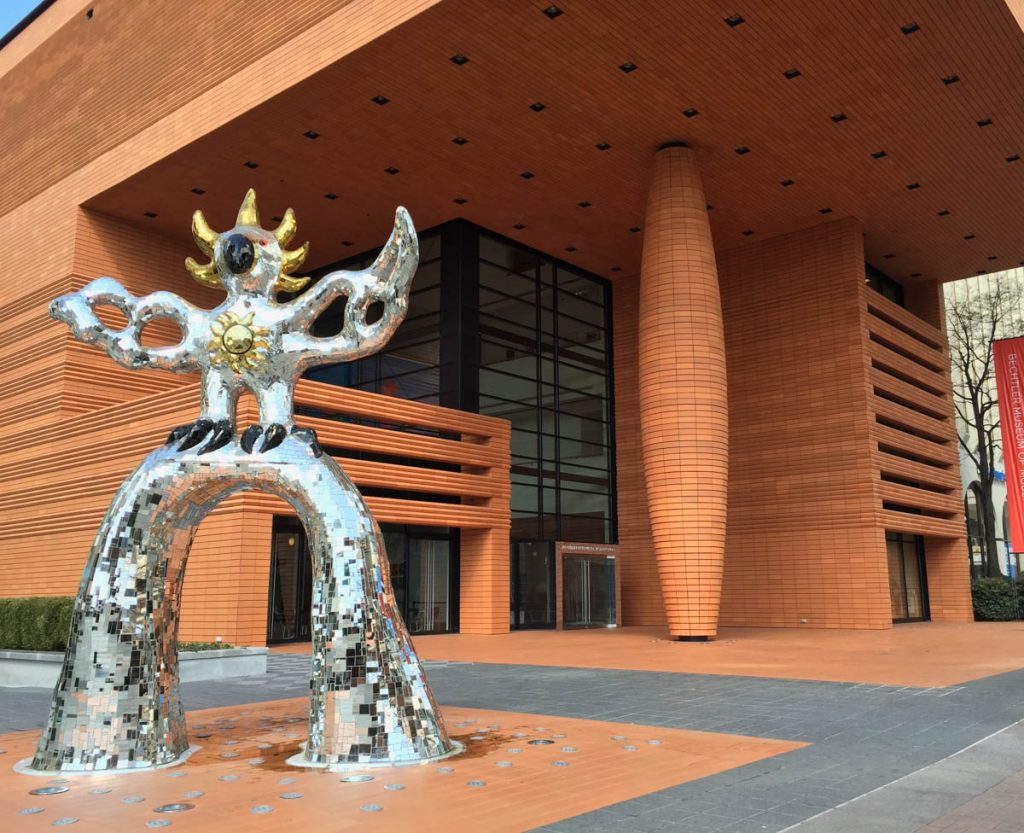 Art lovers also marvel at the bold collection of contemporary glass (and even a giant cat painting) displayed in the first-floor Sonia and Isaac Luski Gallery of the Foundation for the Carolinas headquarters. 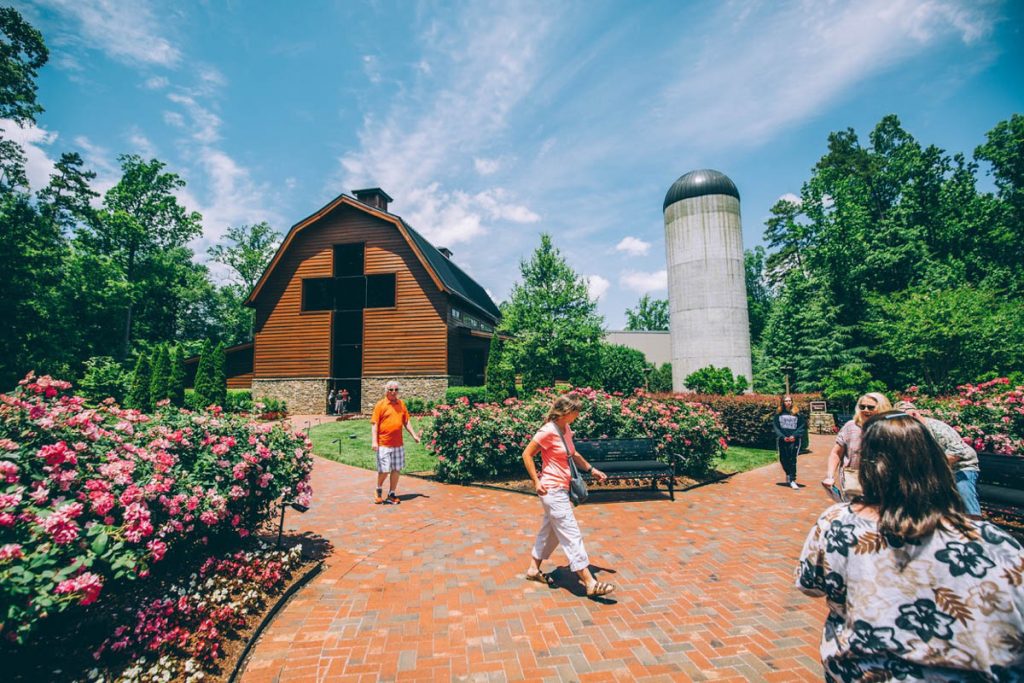 Charlotte commemorates its growth with four large statues representing Commerce, Industry, Transportation, and The Future. The behemoths are prominently positioned on the city’s original crossroads at Trade and Tryon Streets.

Carolina Raptor Center, in nearby Huntersville, is for the birds…literally. This facility promotes the conservation of birds of prey through education, research, and rehabilitation. Visitors can take in the cacophony of avian hoots, squawks, and screeches as they walk the wooded, ¾-mile Raptor Trail for up-close views of magnificent owls, eagles, falcons, and others in the species in year-round enclosures.

To take in the broader scope and natural beauty of the region, Mecklenburg County’s system of greenways (essentially, linear parks), blueways (waterways), and trails that crisscross the region invite walking, biking, running, hiking, kayaking, and canoeing.

Where to dine in Charlotte 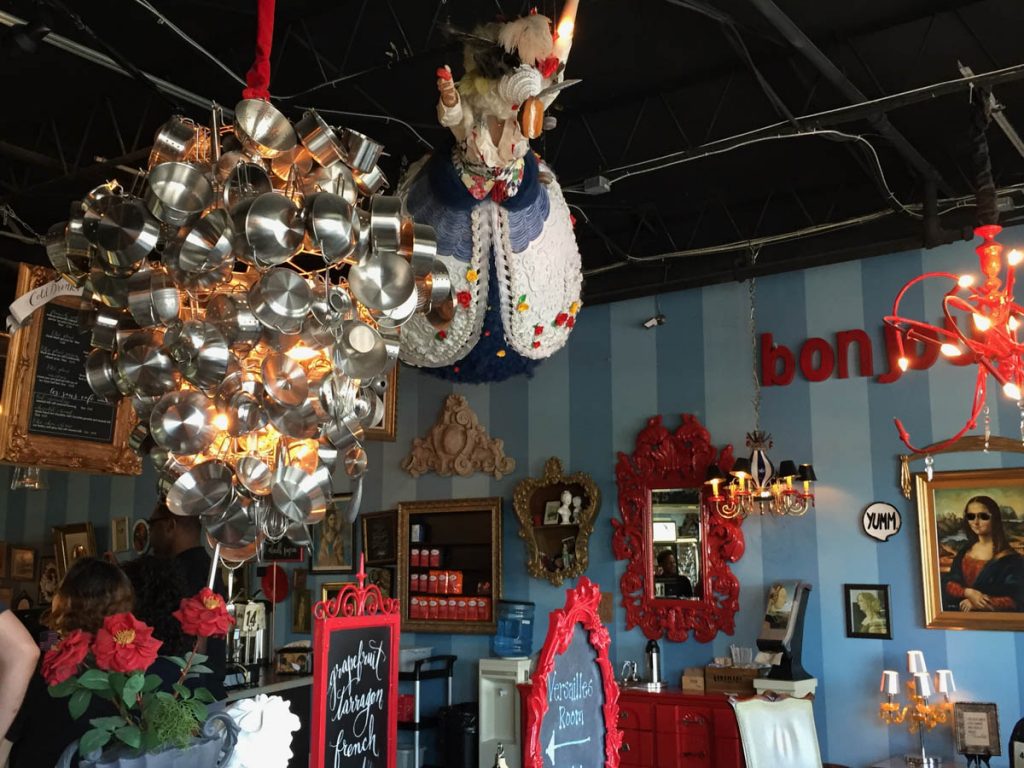 Start the day at Amélie’s French Bakery and Café for pastries and tartines. Just as integral to the food is the whimsical ode-to-France décor – Mona Lisa sporting sunglasses, a chandelier fashioned from pots and pans, and a “Bone Appétit “spot for Fido are among the multitude of eye-catchers. Also, French-inspired Cafe Monte is a popular spot for brunch.

In the SouthPark neighborhood, Foxcroft Wine Co., a homegrown wine bar/restaurant/retail shop, is known beverage-wise for its curated offering of small production wines and food-wise for beef sliders and truffle fries. Select a bottle of wine costing $30 or more to accompany your meal on-site, and the corkage charge is waived.

Where to stay during a long weekend in Charlotte 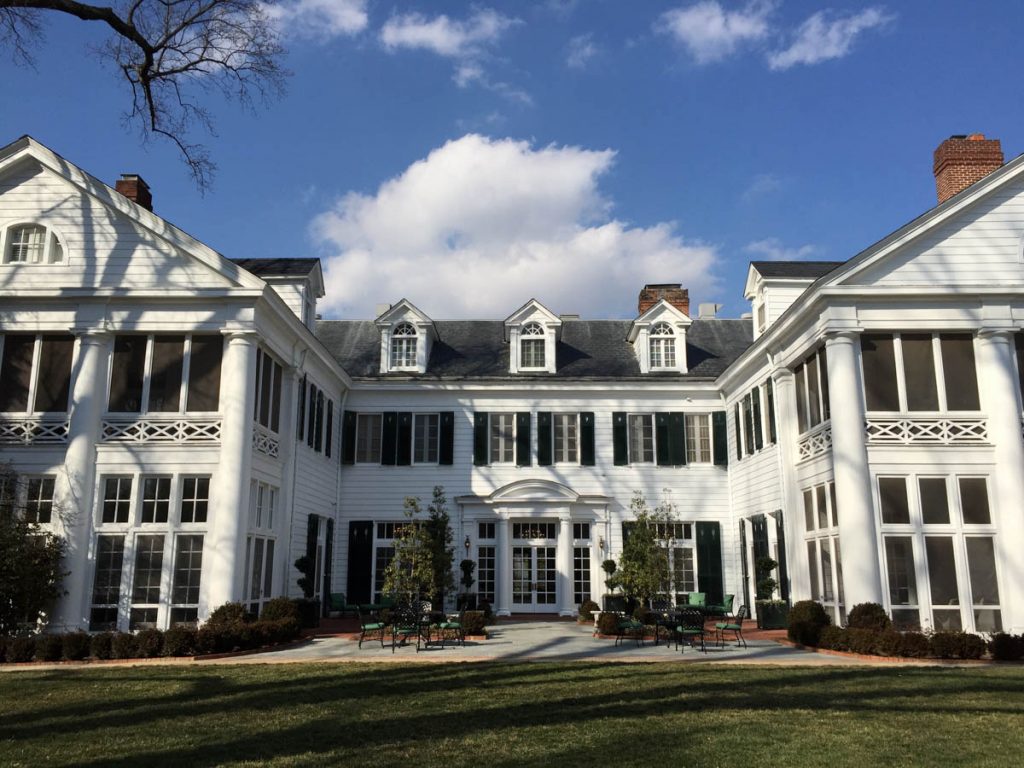 While Charlotte has its share of large, brand-name hotels, discerning travelers might prefer the intimacy and charm of a more discreet boutique hotel for a weekend in Charlotte.

The stately Duke Mansion in Myers Park was once the private estate of industrialist James Buchanan Duke, whose prodigious legacy includes Duke University, Duke Energy, and the Duke Endowment. Now an elegant bed and breakfast surrounded by expansive grounds and gardens, The Duke Mansion has luxurious, uniquely decorated rooms with modern conveniences. Some rooms even have shared sleeping porches – a hallowed Southern tradition for warmer months – that are perfect for enjoying morning coffee.

Ideally situated in the heart of the center city and steps away from museums, restaurants, nightlife, and other attractions is The Dunhill. The hotel offers a host of luxury amenities, and its restaurant, The Asbury, prepares seasonal dishes borne of Southern roots.

What’s appealing to over-50 luxury travelers?

Also on GOT: Ivey’s Hotel, Charlotte: Luxury With A Bit of Whimsey 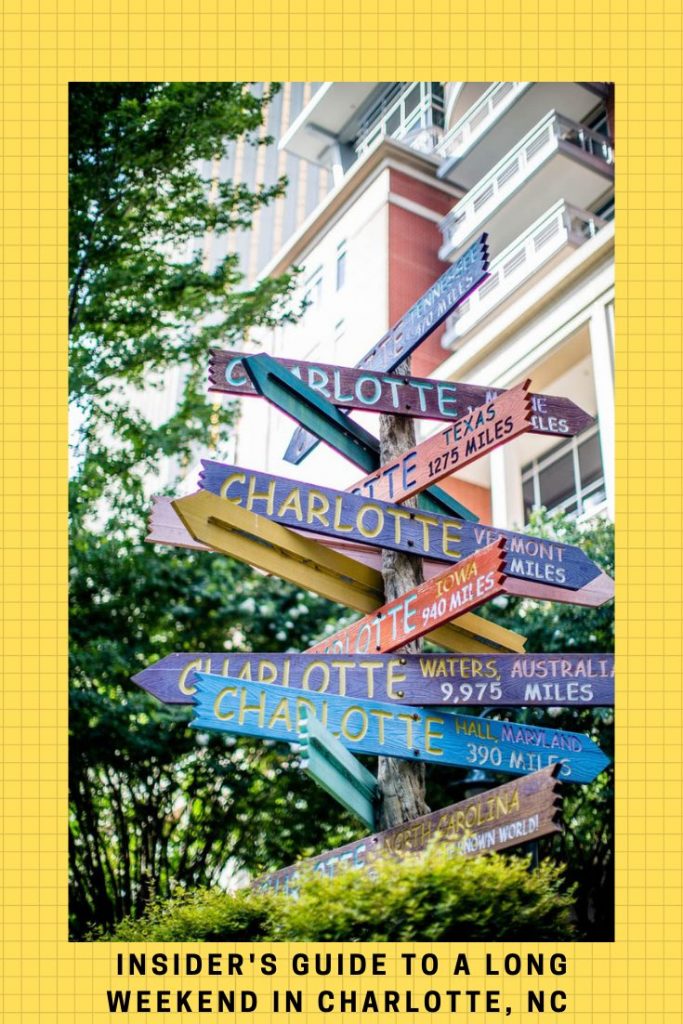