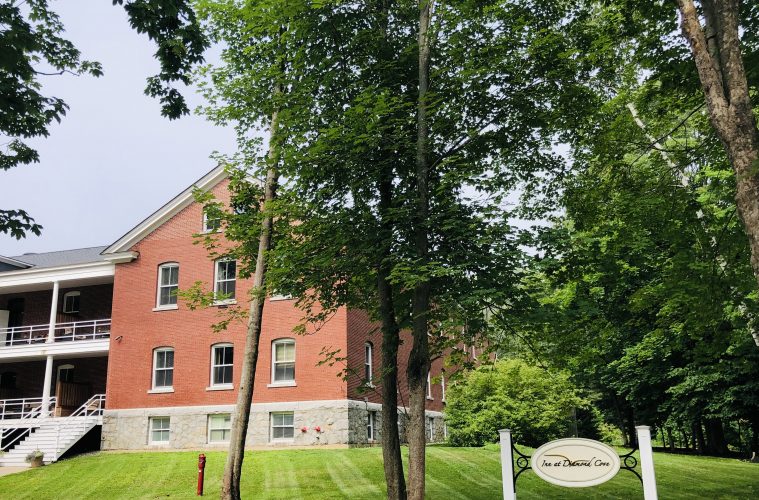 A Perfect Long Weekend at the Inn at Diamond Cove, Maine

Now that vacationers in an almost post-pandemic world are embracing slow travel and the fine art of lounging around, the perfect place to indulge in both is at the Inn at Diamond Cove, sited on a small island two miles off the coast of Maine. Just 20 minutes by water taxi from downtown Portland, the Inn at Diamond Cove on Great Diamond Island offers distance, safety, and fun.

Housed in former military barracks at what was once known as Fort McKinley, the Inn at Diamond Cove mixes a bit of magical whimsy with a dose of Americana. Condominium-style accommodations (our suite had a large living room and kitchen, a separate bedroom, and a shared porch) offer privacy and seclusion; there are no worries about being exposed to sneezing tourists here.

If you can drag yourself away from an afternoon of reading on the porch with a glass of wine in hand, go for a swim in a pool overlooked by a mermaid sculpture, head to sea glass beach to pick up some reminders of your stay, or try to spot some ethereal creatures in the fairy garden.

Located in a private community (meaning the public at large does not have access to it), there just aren’t many people around. And it’s quiet. Cars are not allowed on the island, so people get around by golf cart or bicycle. Staff at the Inn at Diamond Cove will escort you to wherever you need to go on the island or take you on your own private tour.

It felt a bit odd at first to have a driver for a golf cart, but we quickly embraced the ease and convenience of having someone ready to escort us to our next adventure. (Guests cannot drive the carts themselves for insurance reasons.) 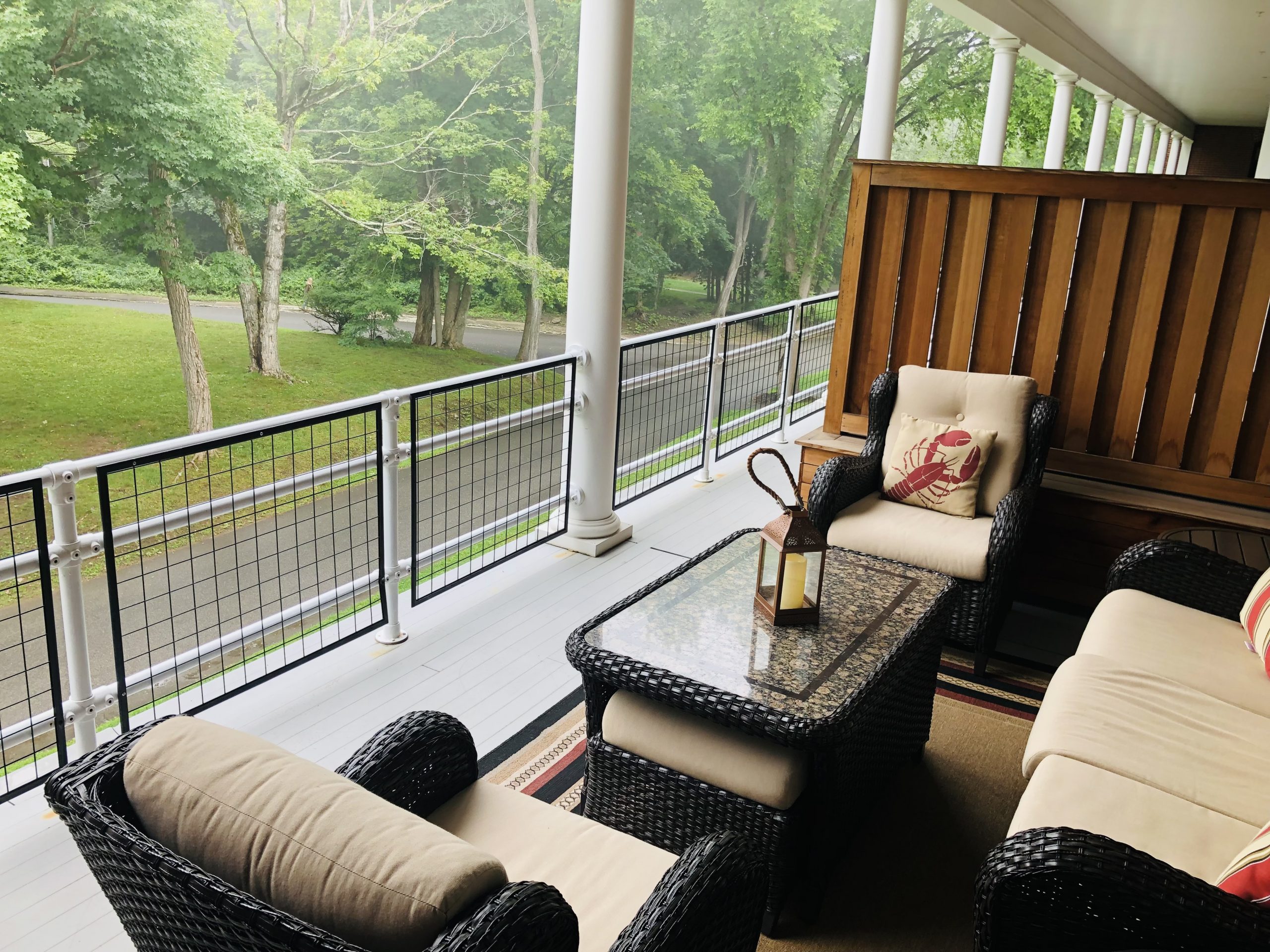 A porch at the Inn at Diamond Cove

We learn a bit more history as we pass the old parade grounds, take in the ice pond that, in the days before refrigeration, stocked an ice house, and breeze by the renovated officers’ housing that is now privately owned. Basically, the bigger your house, the more important you were.

Construction on the fort began in the 1890s. Named for the 25th president of the United States, William McKinley, the fort was actively used during the Spanish-American War (for which McKinley was the commander-in-chief) and in both World Wars.

It somehow is reassuring that this place is named for McKinley, who was assassinated by an anarchist in Buffalo, NY, in 1901. The reminder—that we can survive both tumultuous times and immense conflagration—is one worth noting. Teddy Roosevelt, McKinley’s successor whose catchphrase was “Speak softly and carry a big stick,” strengthened the nation’s military response capabilities, and the fort became an element of a coastal defense system intended to protect Portland’s harbor and Casco Bay.

But there’s more history to this place than nomenclature and repurposed buildings. A number of original military structures, such as batteries and observation stations, remain, somewhat intact.

Adventurous hikers can take a peek into the past when the 100 or so acres that make up the fort housed up to 700 members of the military and this place was more than a vacation destination. Also on the grounds is a small museum. 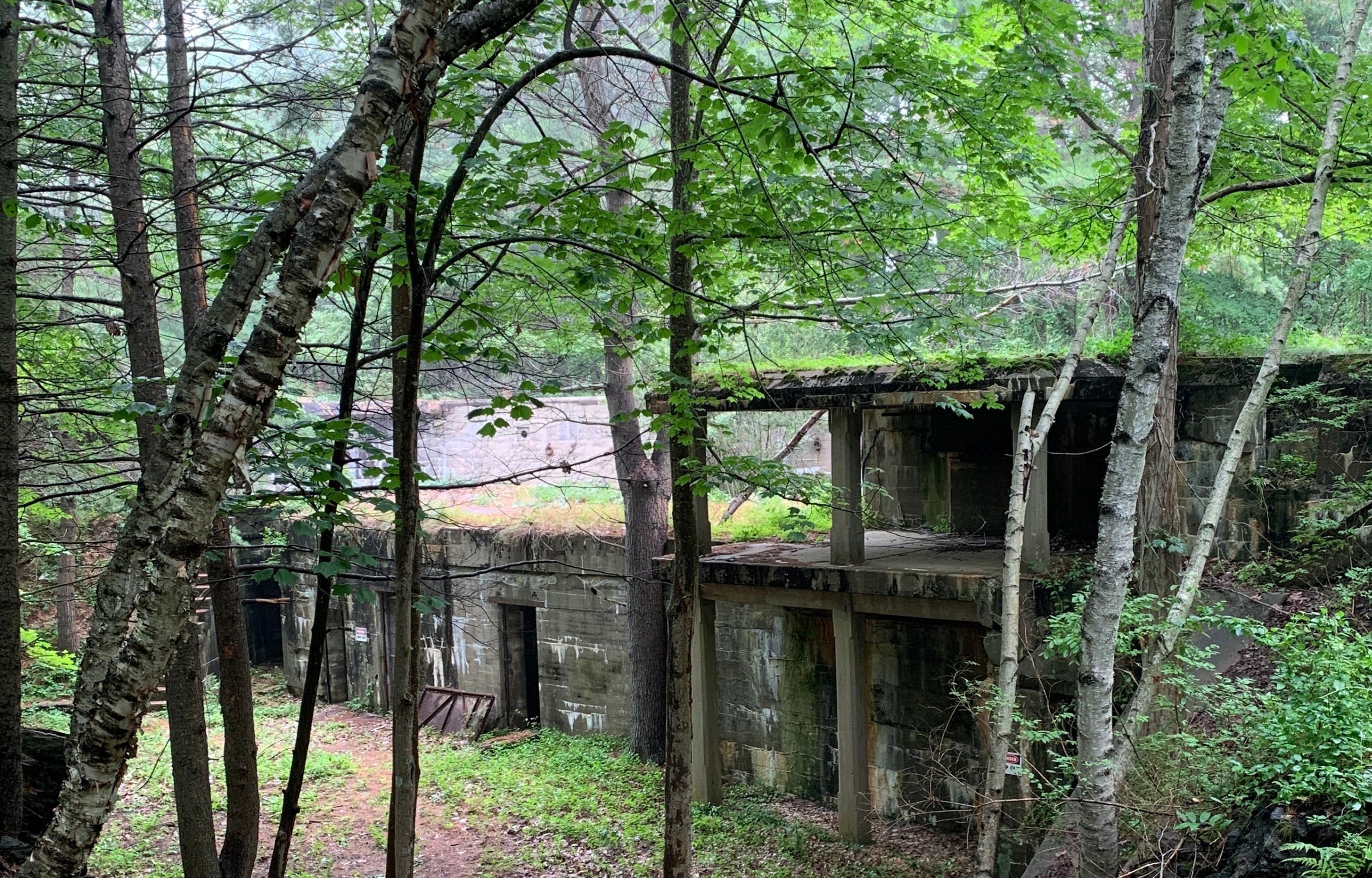 Where to eat at Diamond Cove

The Inn at Diamond Cove offers café-style breakfasts and grab-and-go lunches, drinks, and snacks. A bartender arrives in the afternoon when more substantive fare (lobster rolls!) can be had.

If you’re in the mood for burgers and a cocktail, give the Crown Jewel (at the marina) a try.

Real foodies will savor a visit to Diamond’s Edge Restaurant, which overlooks the marina. Get your antioxidants with a Maine mule cocktail (blueberry vodka, muddled blueberries, and ginger beer), your protein from a peekytoe crabcake and some perfectly cooked blackened tuna, and top it off with a shortcake duet of blueberries and strawberries.

Reservations are very much a necessity at each restaurant even during the pandemic. Should you find yourself in Portland, the Diamond’s Edge restaurant is worth making a special visit to Diamond Cove. You’ll get Manhattan-quality cuisine, Maine-friendly service, and a world-class view should you sit outside. 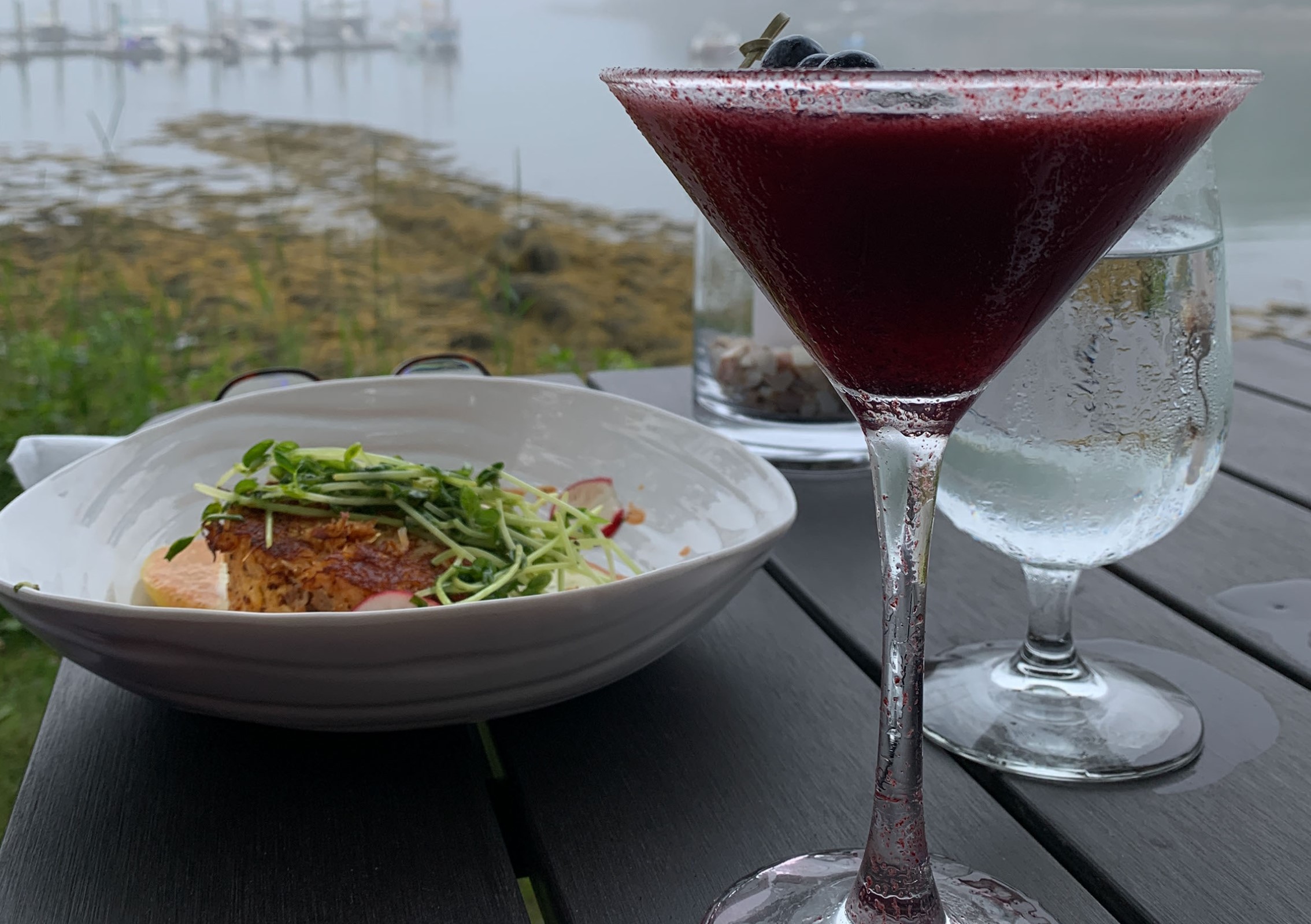 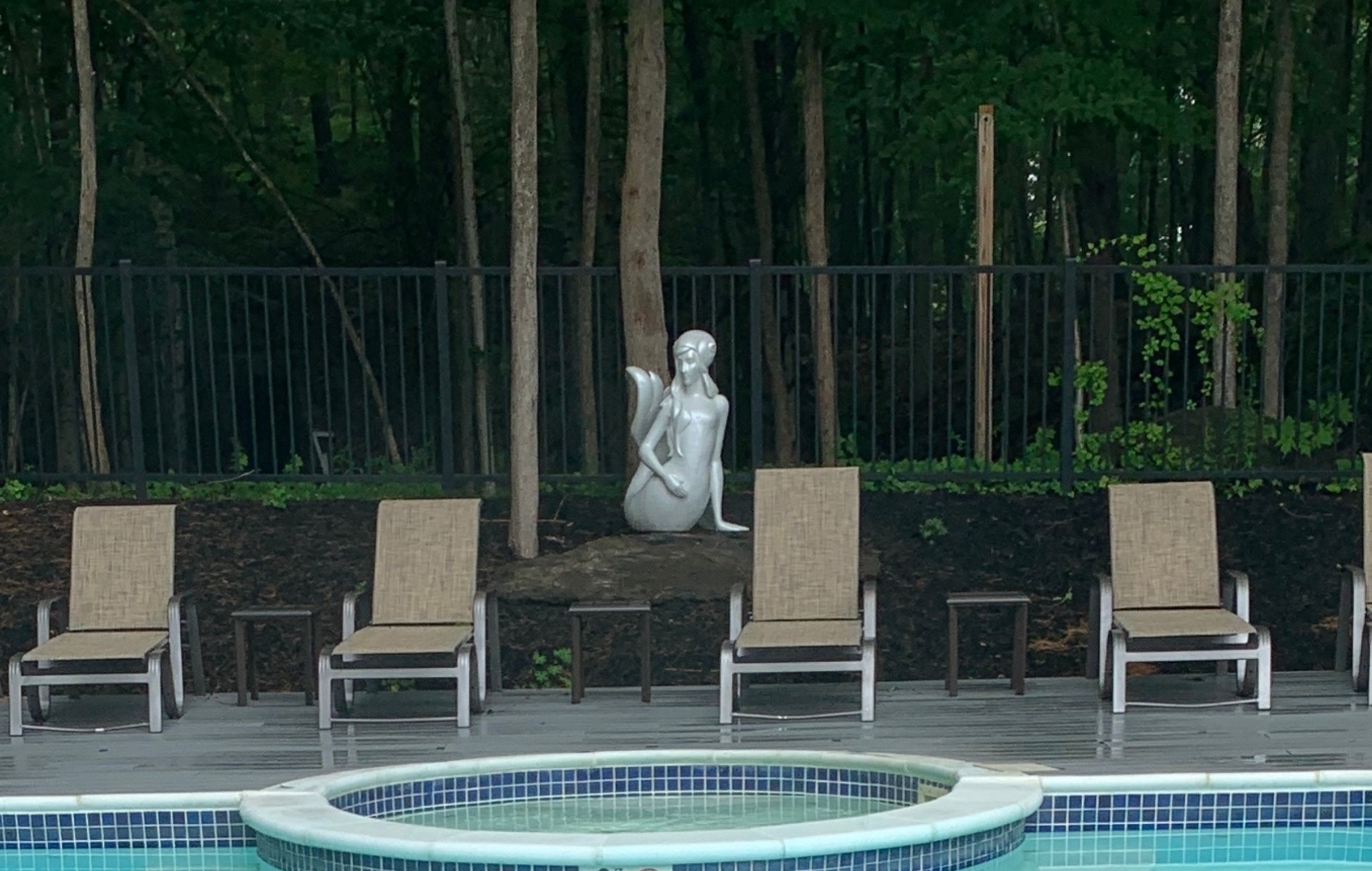 A mermaid oversees the pool at the Inn at Diamond Cove

Disclosure: The author’s visit to Diamond Cove was sponsored by Colwen Hotels, which manages the Inn as well as Portland Harbor Hotel. 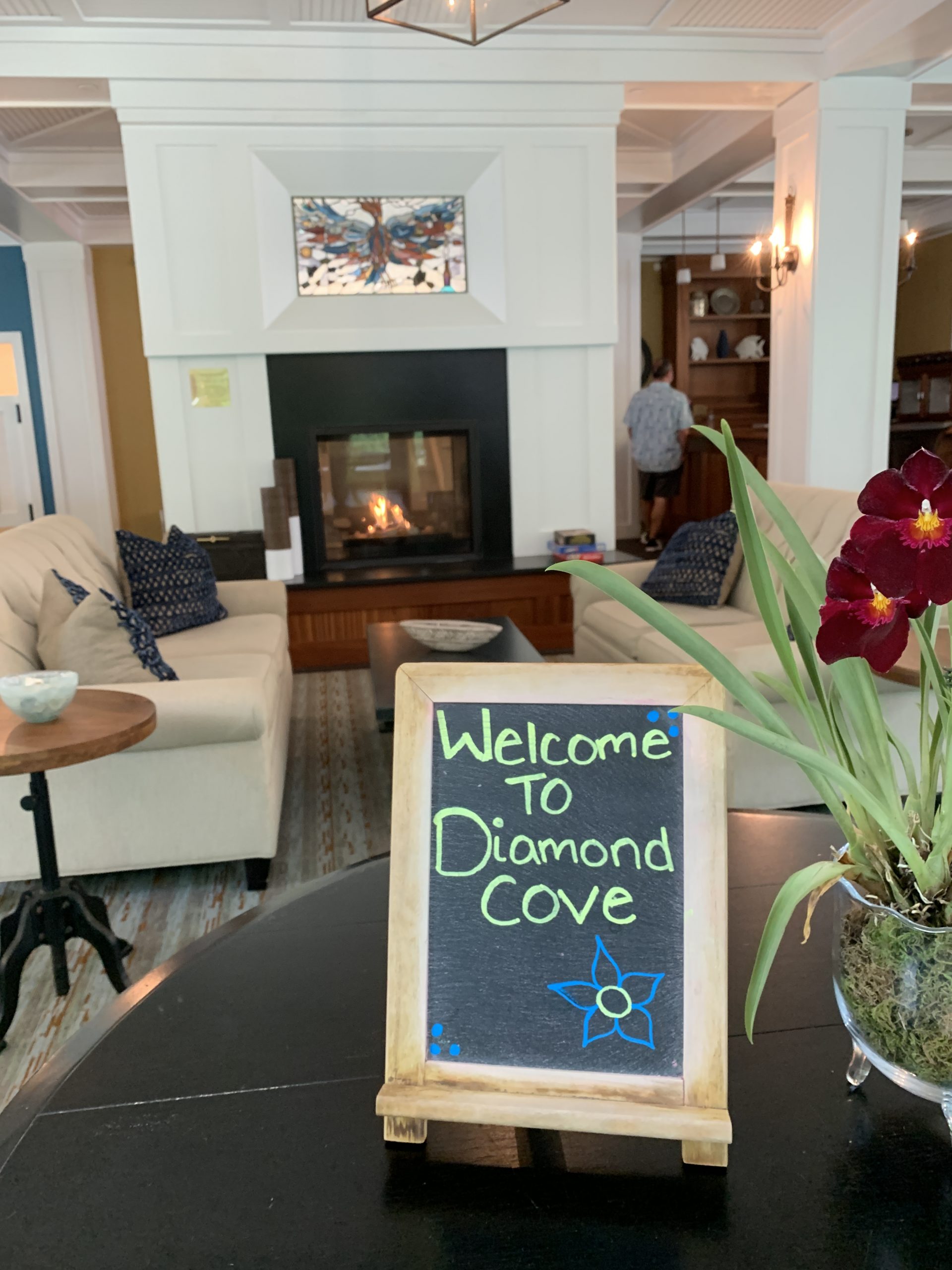