7 Reasons You Should Visit Poland Now

Poland may not be the first place that comes to mind when planning a trip to Europe, but it may surprise you. It’s full of delightful old town squares, rich culture, pulsing urban centers, and even its own Riviera, all of which can be experienced at an affordable cost.

This year, in particular, is the best time to visit Poland:

Poland has its share of stunning castles. Fourteenth-century Wawel Castle in Krakow is one of the largest castles and most important sites in Poland. The architecture of the conjoined castle and cathedral uniquely combines the Medieval, Renaissance, Romanesque, and Baroque periods, complemented by an underground dragon hideaway.

The sprawling 13th-century Malbork Castle, in Malbork, is the world’s largest brick castle. Originally built as a fortress by Teutonic Knights, the castle is now a UNESCO World Heritage Site.

A third castle, in Warsaw, was rebuilt after being decimated in World War II. Reconstruction was meticulously carried out with the help of prewar drawings and paintings and included some of the original bricks retrieved from the bombing site. Nearby roofs and towers offer a wonderful panoramic view of the castle.

The Kazimierz, formerly a Jewish neighborhood, is the hippest place in Krakow.

Auschwitz-Birkenau is the largest and most notorious Nazi concentration camp. Visitors get a dose of reality as they learn about the unspeakable atrocities of the Holocaust wrought upon millions of Jews during World War II.

Ah, Gdansk. You are the city that stole my heart. Nazi bombings also decimated Gdansk, located on the Motlawa River, but when they rebuilt the city, they eschewed its previous Austro-Hungarian style. Instead, they stuck their thumbs in the eyes of their former German oppressors, rebuilding it an older Mannerist style, more fairytale in appearance with pastel gabled-facades and spiky medieval towers.

Sopot Beach on the Polish Riviera.

You won’t want to miss the Polish Riviera. Just a short drive from Gdansk is Poland’s coastal vacation hot spot. The sandy beaches here rival those on the Mediterranean, but without the high price tag.

Don’t forget to sample some vodka. After all, vodka was invented in Poland, not Russia as many people think. There’s even a slick new Polish Vodka Museum in Warsaw – complete with sampling, of course.

Have I piqued your interest? Check out this comprehensive guide of places to visit in Poland.

Be sure to get the whole scoop on Why You Should Visit Poland Now on Luggage and Lipstick!

Places To Visit in Poland

The author was the guest of JayWay Travel during her stay in Poland, but as always, the opinions, reviews, and experiences are her own. 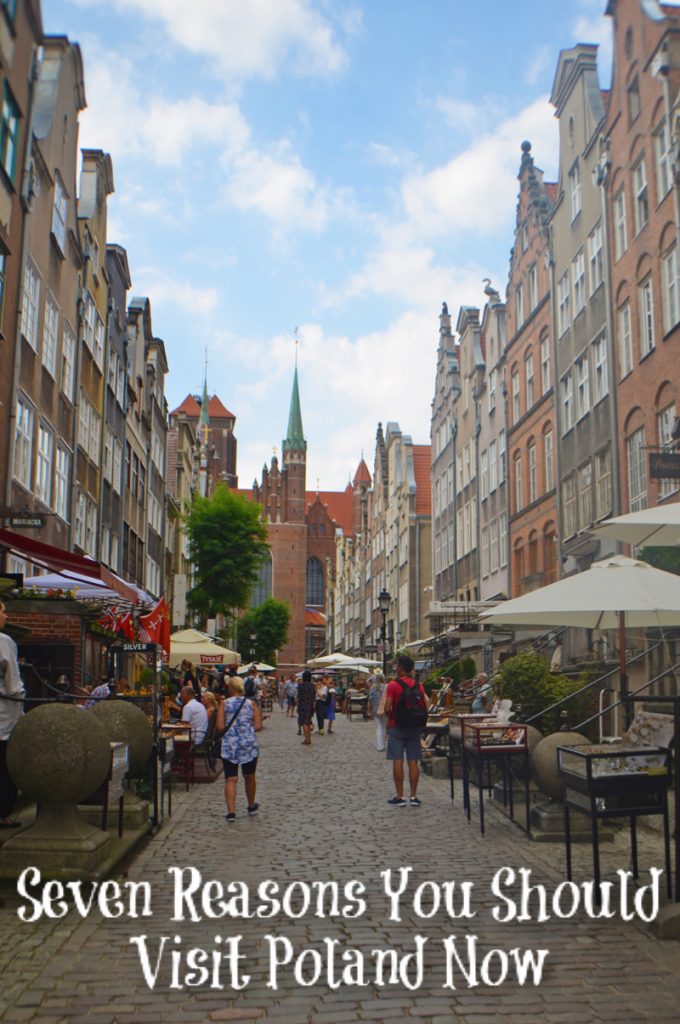