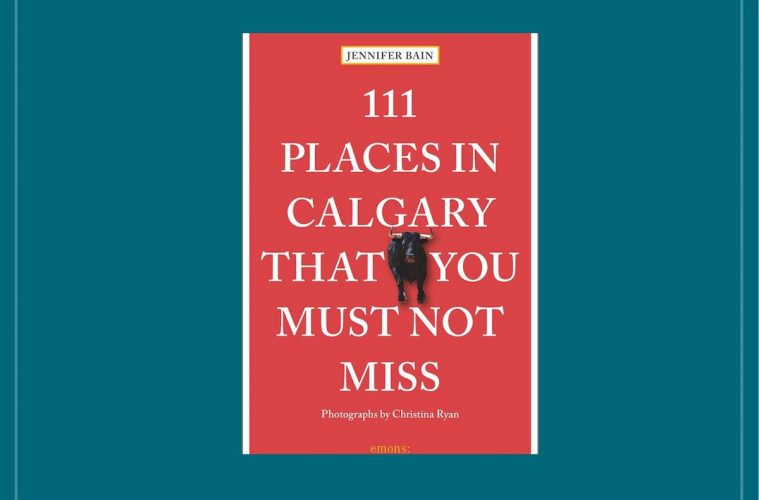 It’s only in the last five years or so that I’ve gradually discovered—and willingly admit—that Calgary has much to recommend itself. My curiosity has been further piqued by the newly-published 111 Places in Calgary That You Must Not Miss, by award-winning travel writer Jennifer Bain. [Disclosure: Bain is a fellow contributor to this publication.]

For decades, I didn’t fully appreciate the appeal of Calgary because I was caught up in a friendly (though occasionally barbed) banter with three older brothers who lived there, while I had always rooted for Edmonton.

What makes our Calgary vs. Edmonton sparring so curious is that we’re an Ontario family by birth. But, for various reasons, at least four of us have lived at one time or another in the province of Alberta. Two have embraced their Calgarian identities for life. And no one is more passionate than a convert.

I, on the other hand, fell hard for Edmonton during a short-term job with a publisher in my university days and have returned many times. My older brothers and I became unabashed cheerleaders of these two rival cities.

Reading Bain’s book reminded me that the major drawback of taking sides in an impassioned rivalry between two competing cities is that you ultimately lose out by not fully appreciating what that other city has to offer.

Ten Calgary highlights from the book

I’ve gleaned ten must-see highlights from Bain’s 111 Places in Calgary That You Must Not Miss —some of which were unknown even to my Calgarian brothers!

The Caesar, that restorative concoction of vodka and clam-infused tomato juice (Clamato, to most) was created in Calgary. Who knew! Bain reports that bartender Walter Chell created the signature drink for the launch of Marco’s Italian Restaurant in 1969. The Italian eatery was part of the Calgary Inn—now The Westin Calgary—where you can toast Chell in the hotel’s Liquid Lounge. 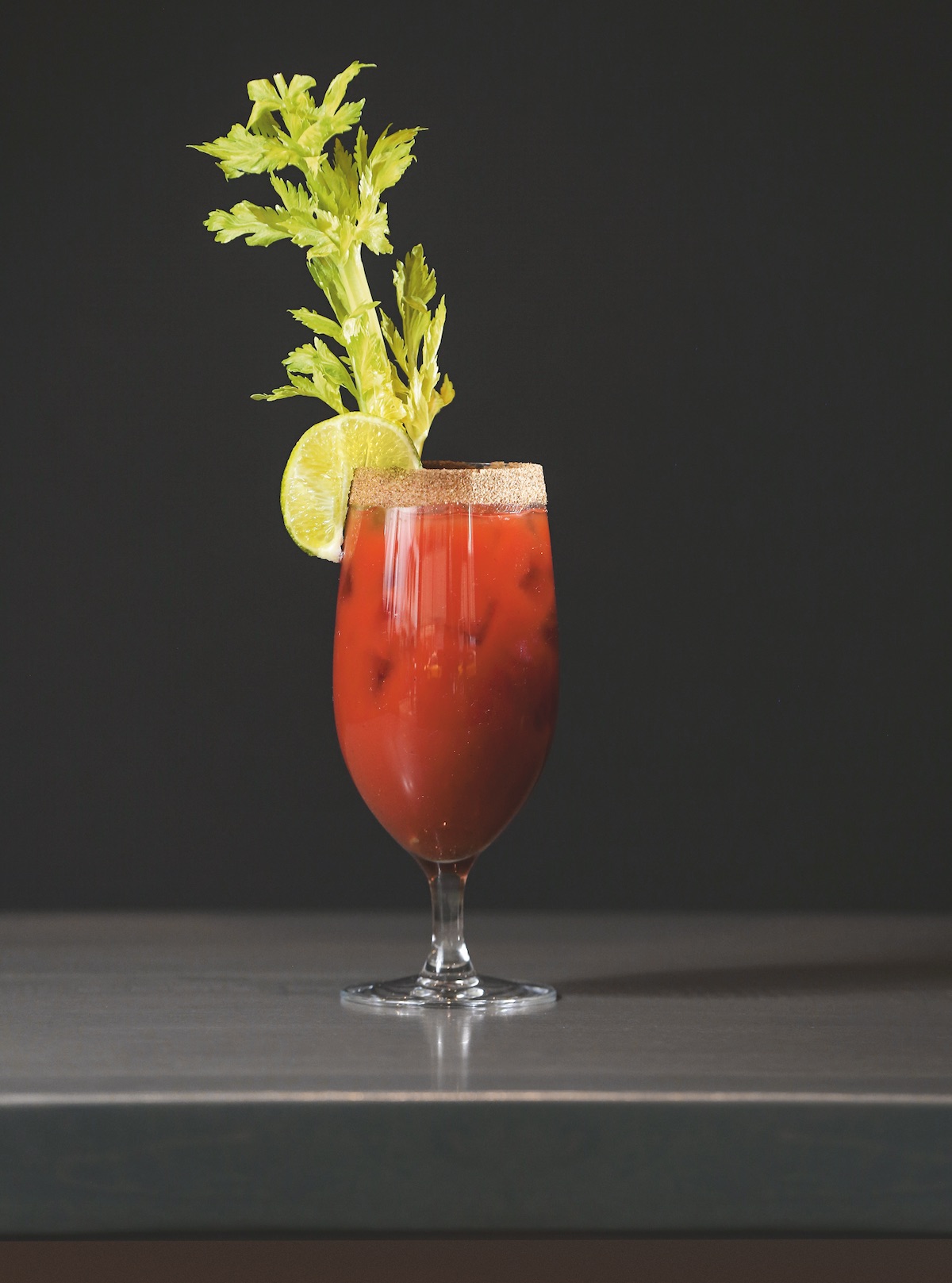 On the north side of Highway 7 southwest of Okotoks, about a 35-minute drive from downtown Calgary, sits Big Rock. This 16,500-tonne boulder stands out in the otherwise flat Canadian Prairies. Geologists describe Big Rock as part of “the 930-kilometre-long Foothills Erratics Train” and, as Bain points out in her book, the huge rock figures prominently in various Blackfoot legends. Visitors can also check out Indigenous red ochre pictographs of animals, stylized humans and other shapes. 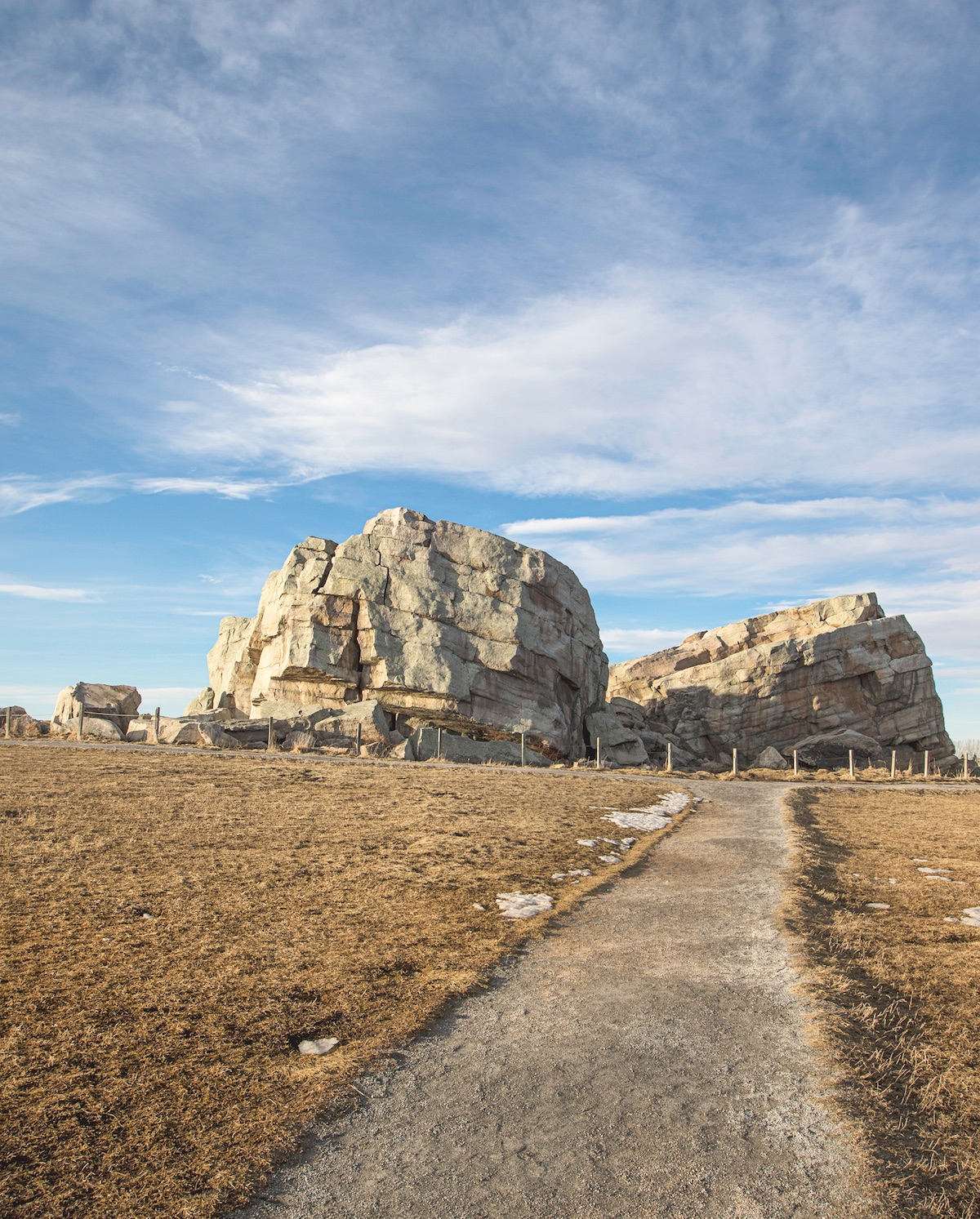 Launched in 2017, the Beltline Urban Murals Project currently—it expands each year—comprises more than 30 murals of diverse shapes, sizes and styles. The murals, on various buildings in the Beltline neighbourhood, represent the work of artists from around the world. One example: The 36×32-foot Sunset Songs, by First Nations artist Kalum Teke Dan painted on the wall of 17th Avenue Framing. 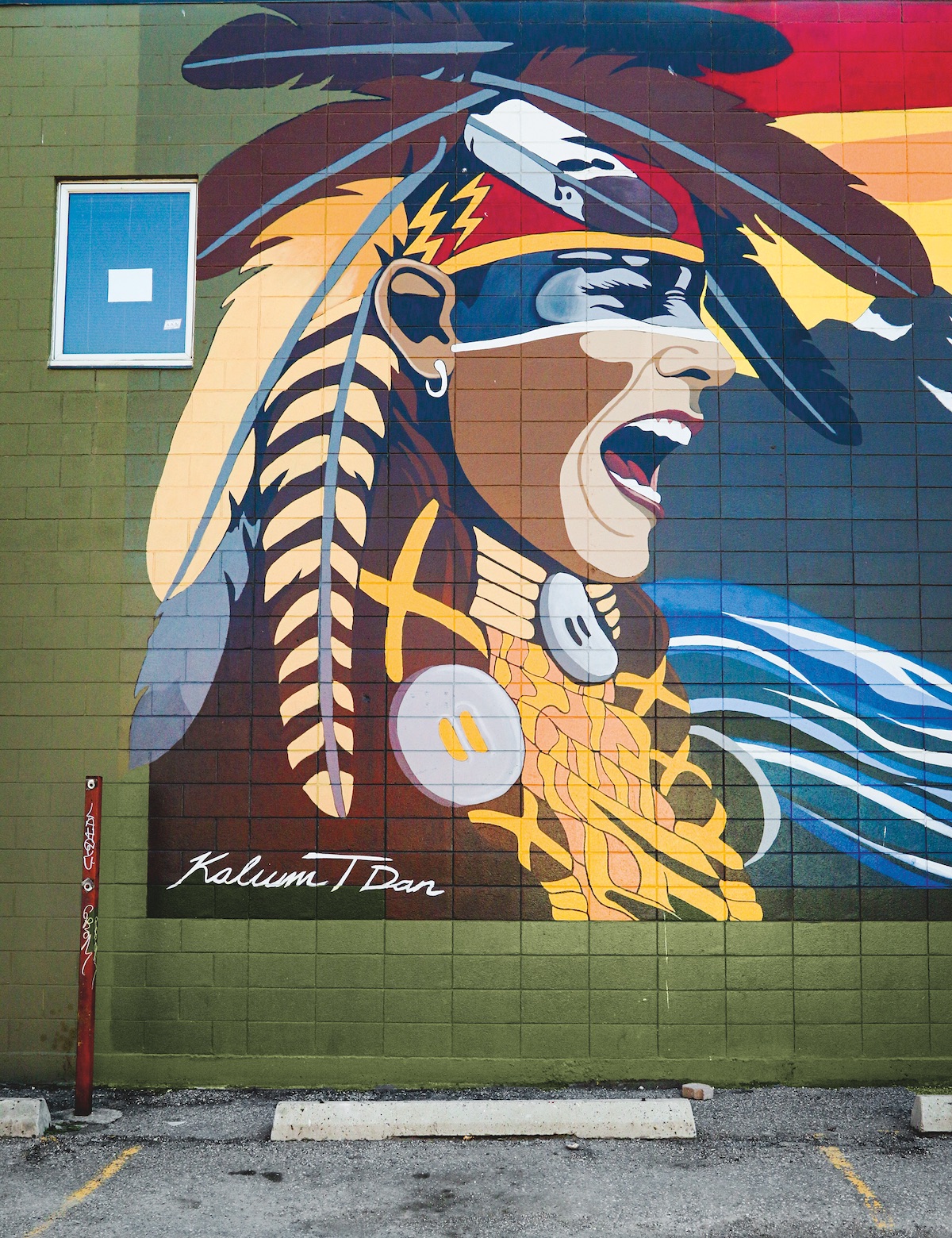 Legend has it that Victorian Era sex worker Dolly crossed the 10th Street Bridge (known to locals as the Hillhurst or Louise Bridge) nightly, plying her trade from her horse-drawn buggy. In her signature flamboyant hats with ostrich feathers, Dolly cut a fine figure and, according to Bain, occupies a special spot in the cultural history of Calgary. Sign up for the “Booze, Broads and Brothels” walking tour, which focuses in the city’s historic sex trade, and think kindly of Dolly as you cross 10th Street over the Bow River between Memorial Drive NW and Bow Trail SW.

Bull-riders, broncos, cowboys and barrel races are integral to the traditions celebrated each year during the Calgary Stampede. The Stampede Art Walk captures these and other colourful traditions of the Wild West in 19 murals and statues throughout the park. 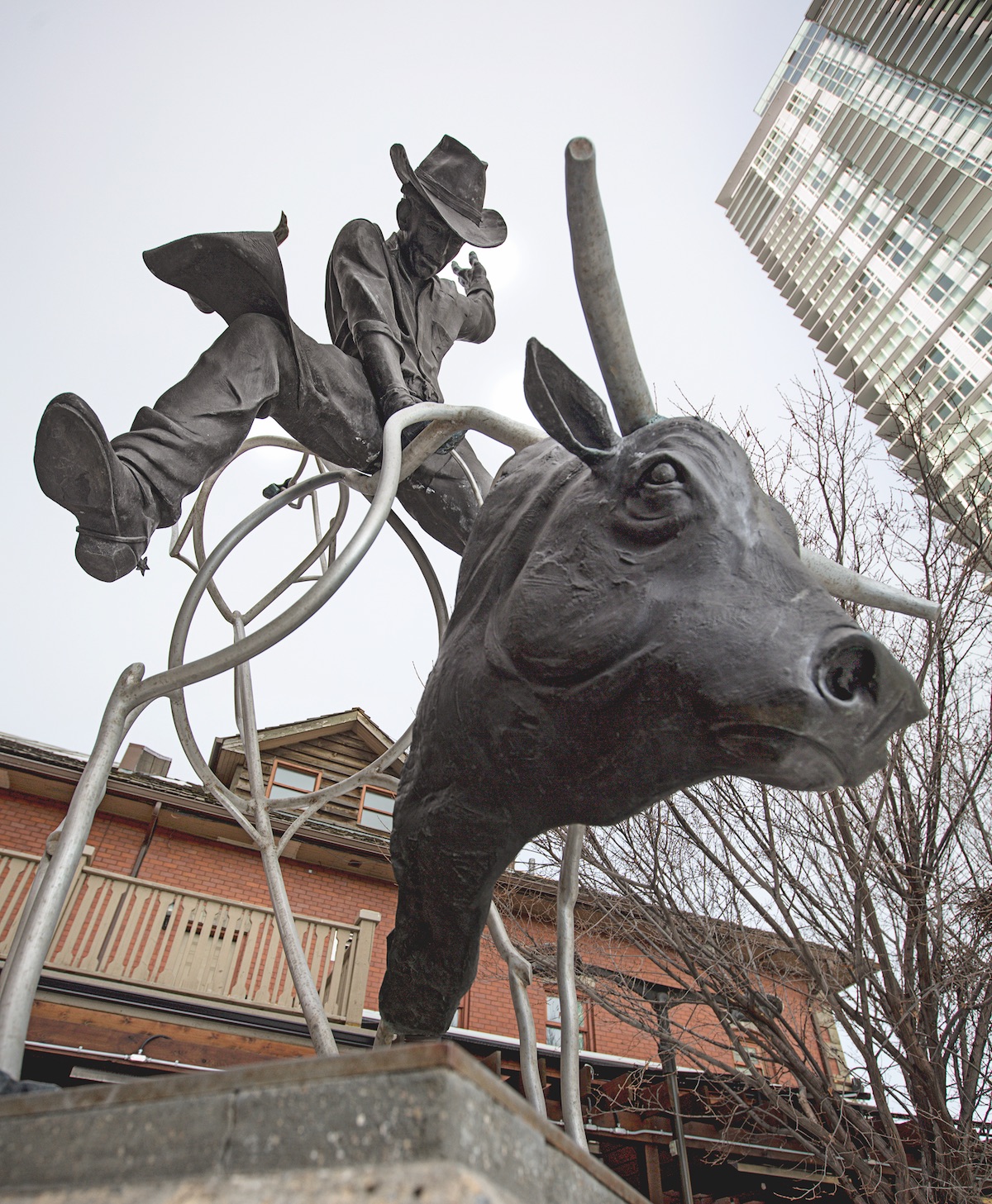 The Outlaw bronze statue honours one of the most stubborn bulls of the west. Only one rider managed to stay on for a full eight seconds. Part of the Stampede Park Art Walk (credit: Christina Ryan, courtesy Emons Verlag GmbH)

Of course, most visitors are going to chow down on a steak when visiting the Canadian province that’s home to more than 18,000 beef producers. While one or two photos of bulls adorn the walls, don’t expect wood floors, wagon wheels or anything approaching rustic cattle ranch décor. Modern Steak, which has two locations, is a sleek, chic affair. Diners have a full stable of choices, including: ribeye, flatirons, filet/tenderloins, and petite tenders. 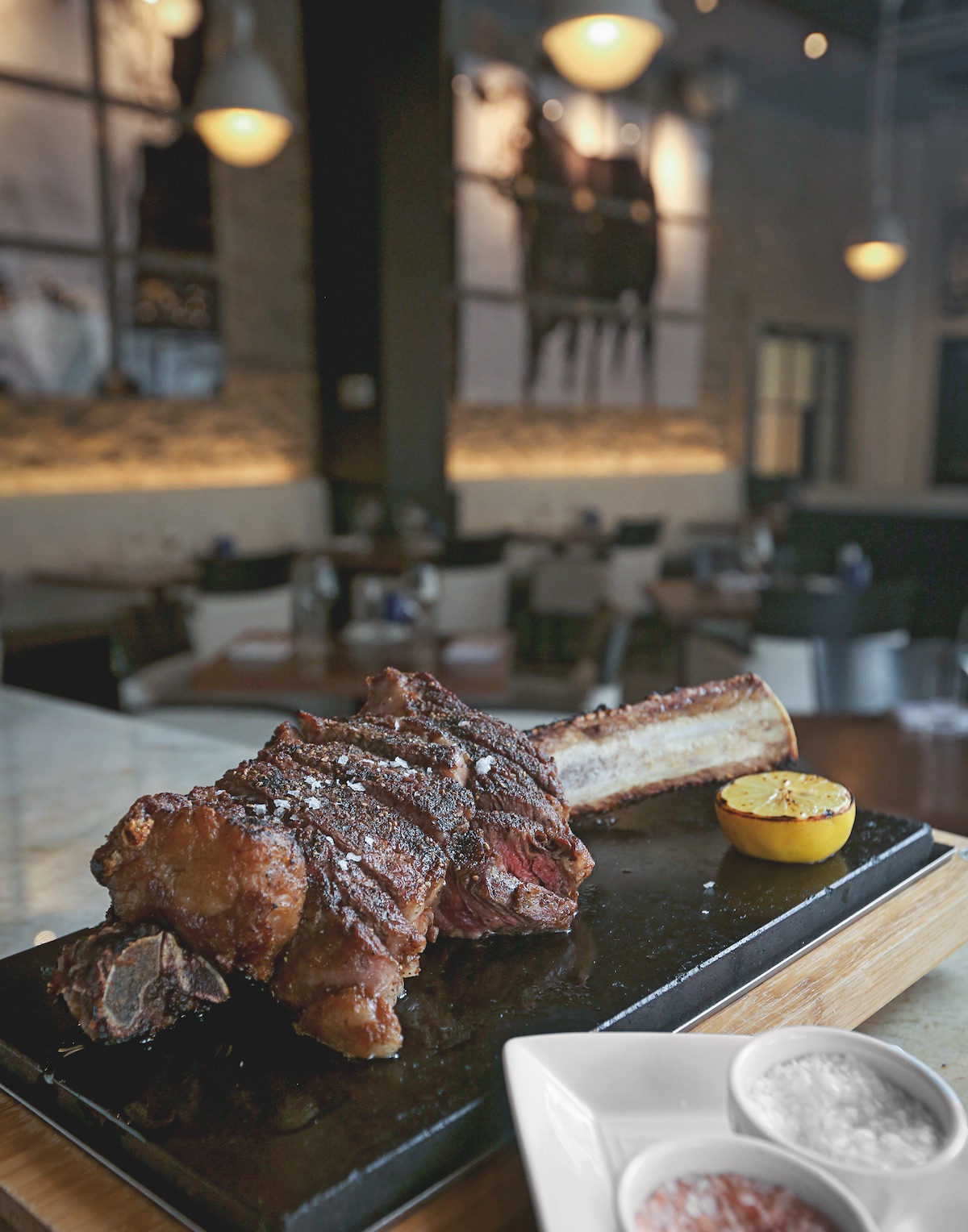 Get ready to ogle: This iconic Calgary establishment crams 10,000 CDs, 40,000 records and 5,000 posters into its legendary collector’s paradise on 11th Avenue SW. Music and vinyl buffs will lose themselves for hours at Heritage Posters & Music. For me, it’s the poster collection that makes this Calgary venue a stand-out: vintage Calgary concert posters; silkscreened, signed and numbered originals; works by poster artists such as Portland’s Emek and California-based John Van Hamersveld. And, don’t even bother trying to buy online; in-person purchases only. 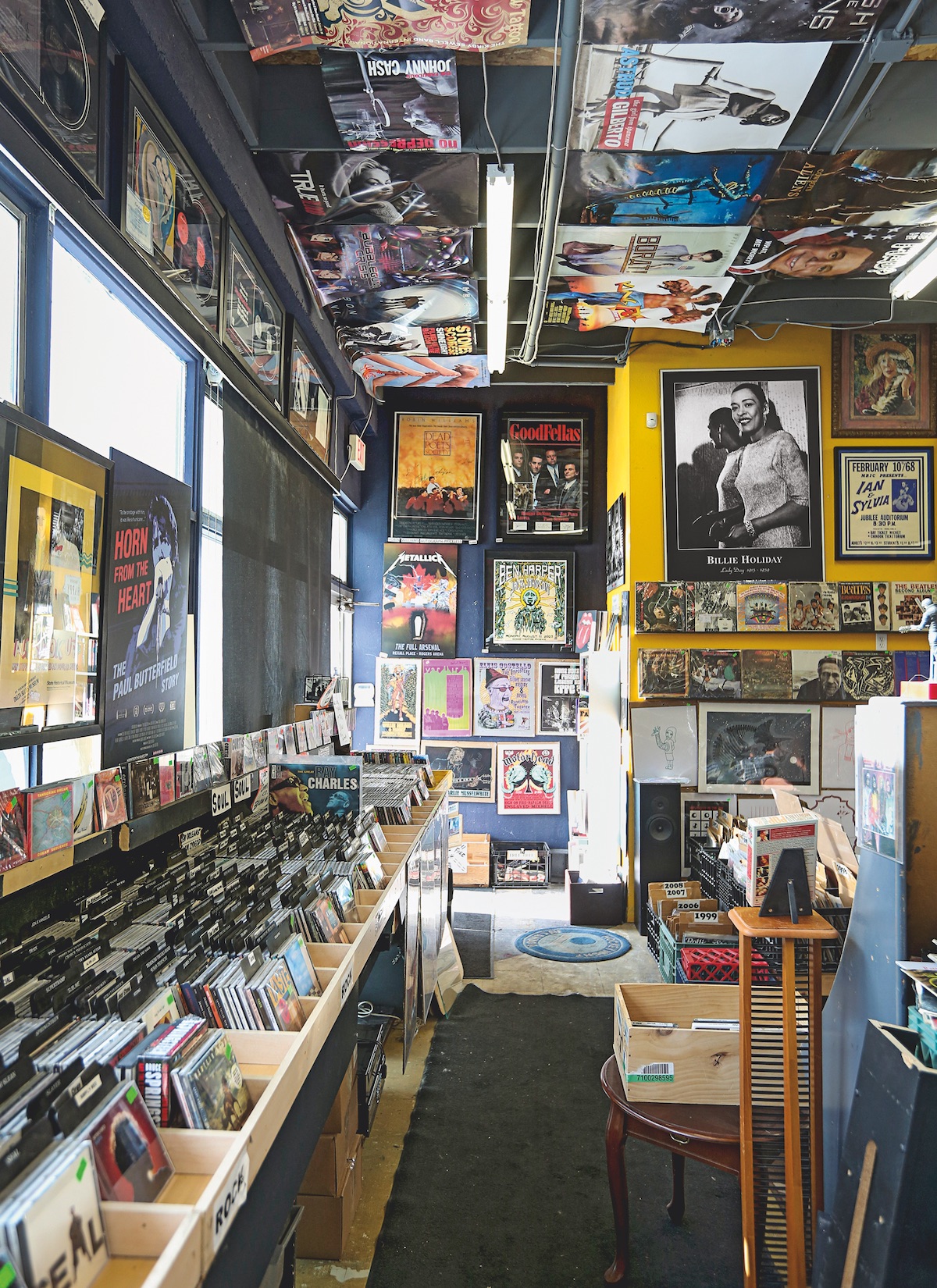 Passengers and goods once travelled the rivers of Western Canada by paddlewheel steamships, which were ideal for shallow waters. Now, the SS Moyie, a half-size replica of the original boat built in 1898, takes Heritage Park visitors on 25-minute trips up the Glenmore Reservoir 11 times daily from May to October.

The menu at Calgary’s only full-service Indigenous restaurant includes smoked bison meat poutine, grilled bannock with honey, Saskatoon berry soup, smoked venison carpaccio and other dishes. All were created by Executive Chef Bill Alexander, who grew up in the Mohawk community of the Six Nations of Grand River in Ontario and Quebec. In an interview with Bain, Alexander said: “Indigenous food isn’t new to us—it’s just new to sharing with the world. We’re inviting people into our culture through our food.” Little Chief is part of the Grey Eagle Resort & Casino. 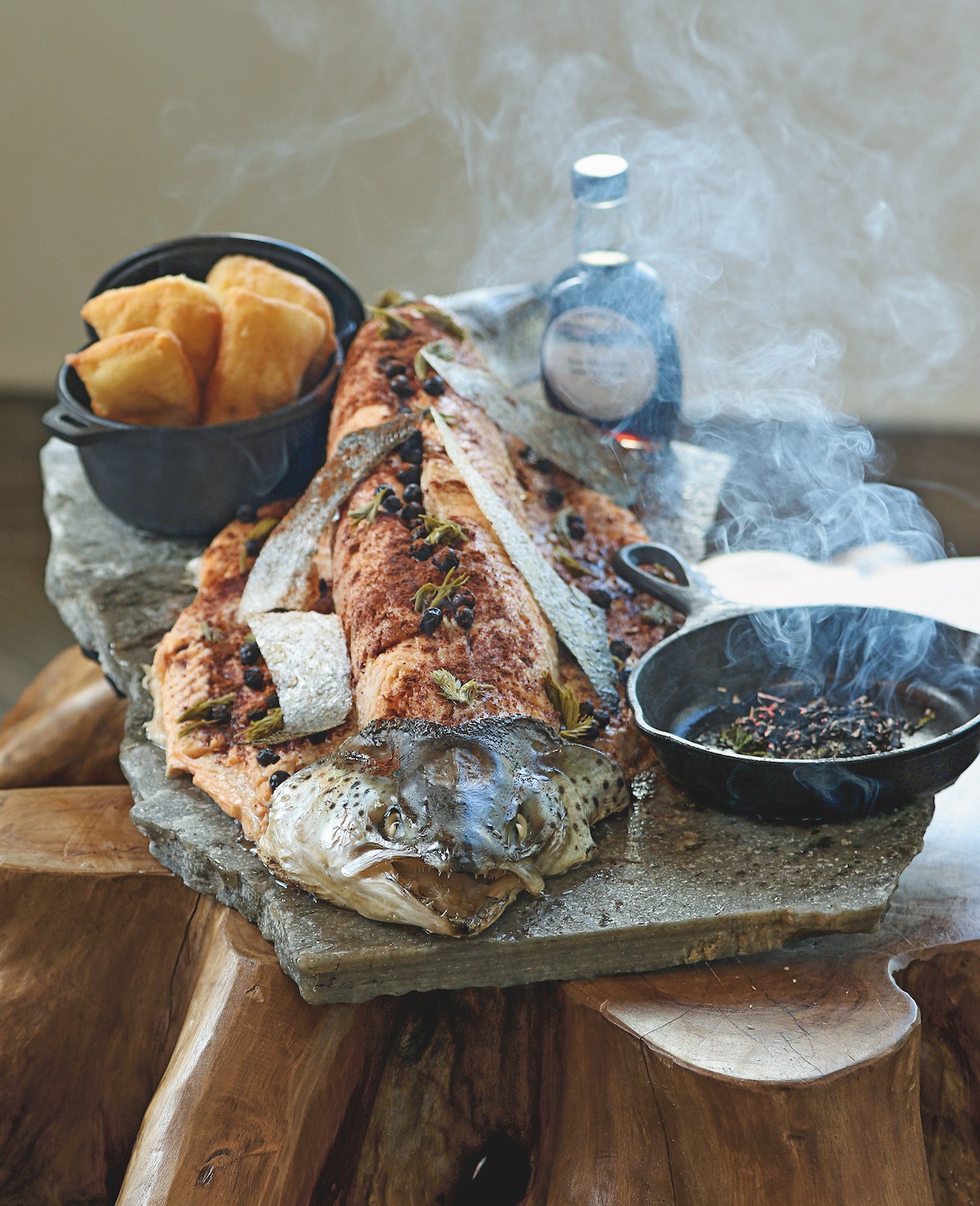 Biplanes built in 1936. The first jet combat aircraft designed and built in Canada. A replica of the Silver Dart that flew over Baddeck, Nova Scotia, in 1909—the first powered flight in the British Empire. And, a wedding dress made from discarded parachute silk. Not only will you see these, you’ll also learn all about interesting aviation history from a Canadian perspective at Hangar Flight Museum.

And that’s just a start

In this delightful book, Bain has sussed out 101 other hidden gems—wrapped in some surprising urban lore—and off-the-radar sites to explore on a visit to Calgary.

Perhaps, before or after your tour of Edmonton. Just saying.